The pattern following the parabolic 2011 top in silver is similar to what we currently see in Bitcoin. After a parabolic top, there is an initial crash, then a long sideways consolidation before a secondary collapse.

-SILVER POST BUBBLE COLLAPSE- Notice how silver bounced off the $26.00 support several times. Each post-bubble rebound made a lower high as investors liquidated into strength. The same thing is happening in Bitcoin. Prices continue to bounce off the $5700 – $6000 level, and each rally is making a lower high. Consequently, we could see a high volume collapse in Bitcoin below $5700. I’d estimate price targets between $2000 – $3000. However, that would probably not be the final low. 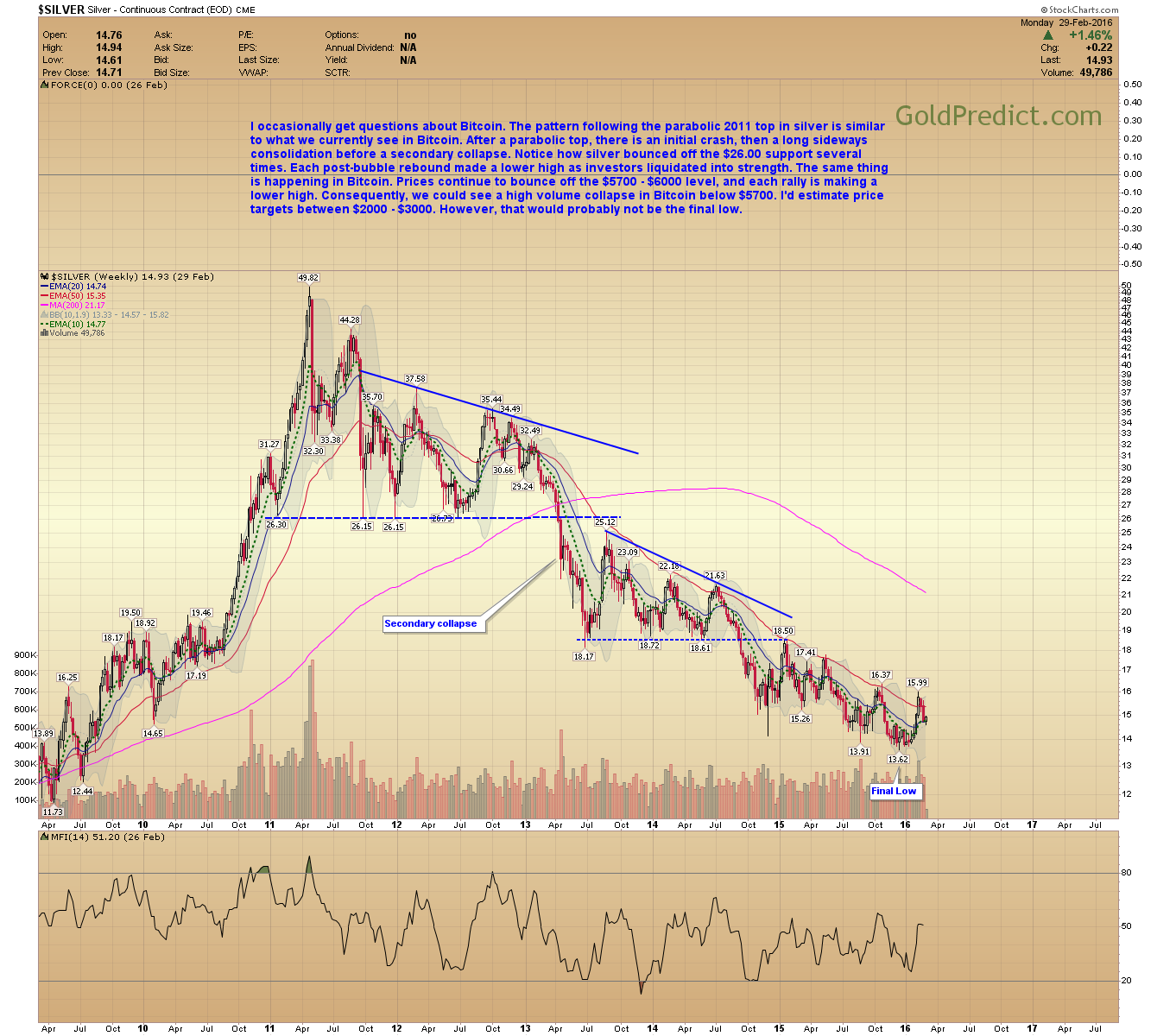 -BITCOIN WEEKLY- The initial collapse stopped at $6000. Prices are now consolidating in a descending triangle. The pattern is making lower highs as investors liquidate into each rally. A breakdown below $5700 could trigger a secondary collapse to $2000 – $3000. https://cryptowat.ch/markets/bitfinex/btc/usd/1w 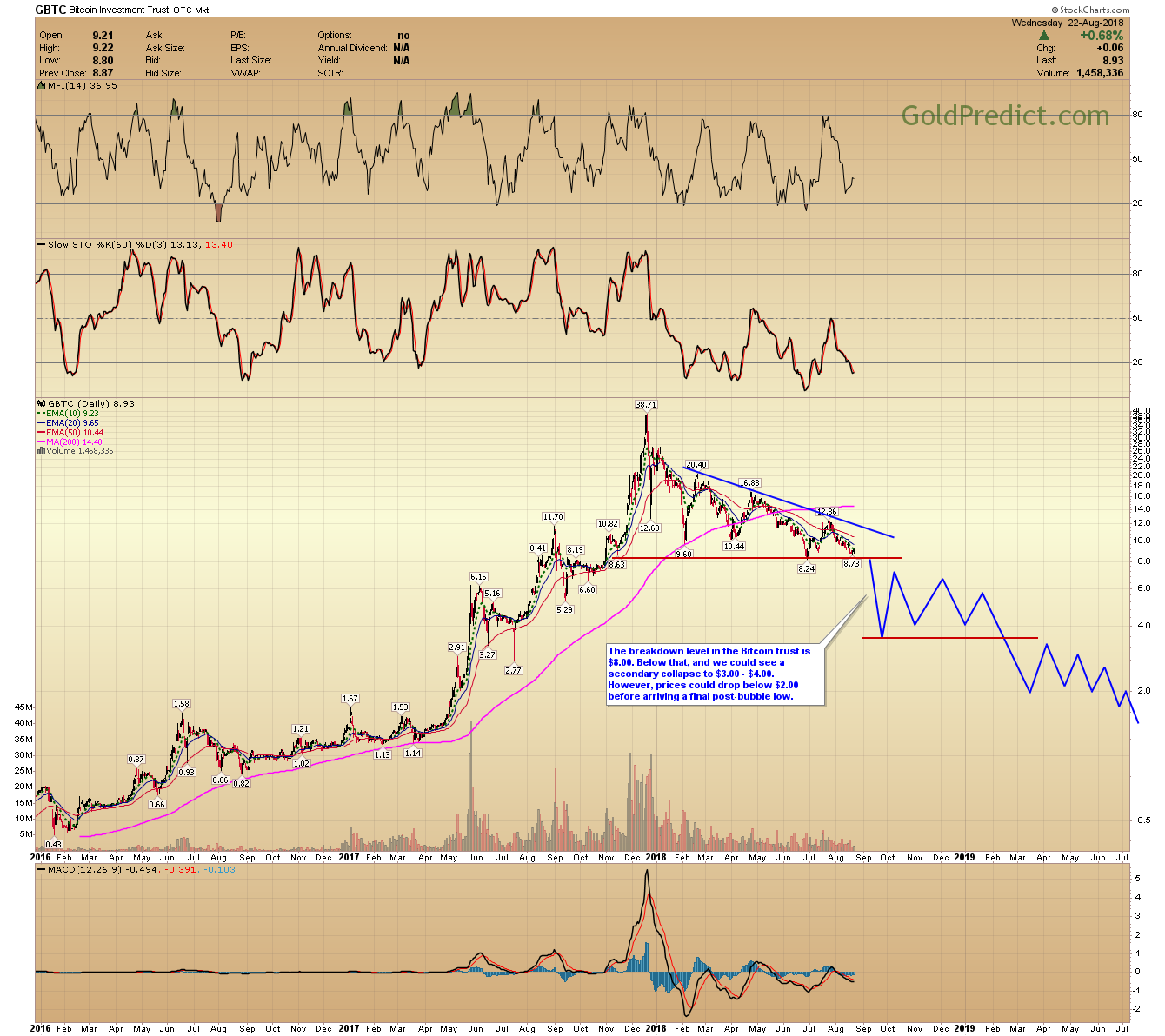 Just food for thought. I don’t know if Bitcoin will break below $5700, but if it does – this is what I expect.

This article was published Posted on September 5, 2018 in Categories Free Updates, Updates