It took some time to get the answers, but it looks like metals and miners just peaked. The Fed was not as dovish as they sounded back in November.

Miners surged into resistance and reversed suddenly. GDX nearly nailed the ABC target on the head. The huge post-Fed selling in miners typically registers a top. But as I said, you can’t take anything for granted with these markets.

-GDX- Miners crashed after the Fed news. I was tempted to short when miners nailed the ABC target in the morning. However, I had no idea what to expect from the Fed. Once they hiked .25% and anticipated two more increases in 2019, I felt that would be enough to weaken gold. 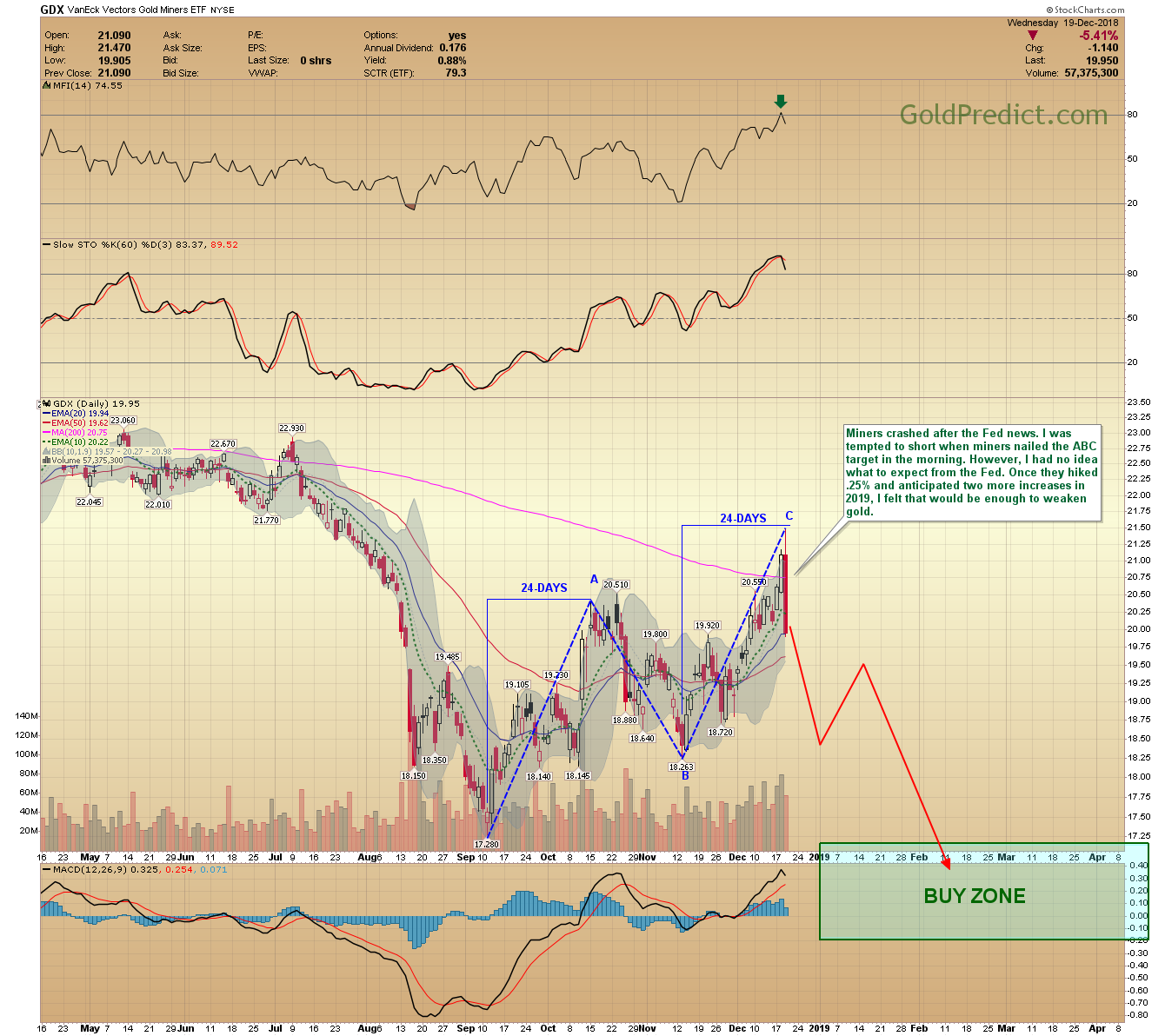 -SPY- I can make a case for an ABC type correction that stops around here. Sentiment is very bearish, and we have positive divergences in the NYMO and MFI. I entered my fourth and final tranche of SSO. If prices don’t show signs of bottoming and soon, I’ll have to exit for a loss.

-JDST- I re-entered JDST to net-short miners at $58.26, just after the Fed announcement. It could be erased tomorrow, but the position is up 12.58% in 2-hours. I’m raising my stop to breakeven. 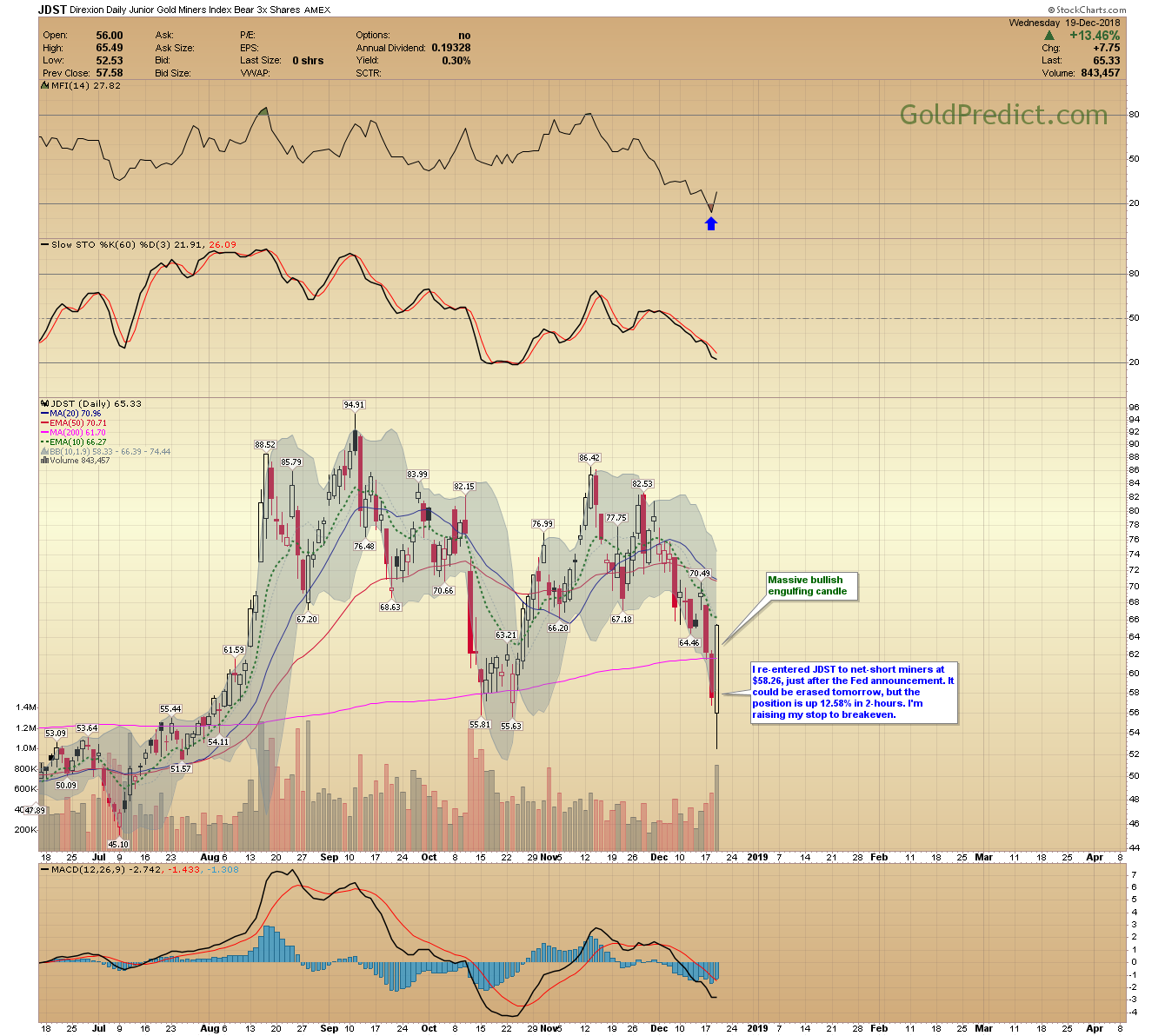 -GOLD- If miners are a leading indicator, then I think we can assume gold topped today at the 200-day MA. This scenario may require a bottom in the stock market. If stocks continue to breakdown, gold may advance higher as a safe-haven. 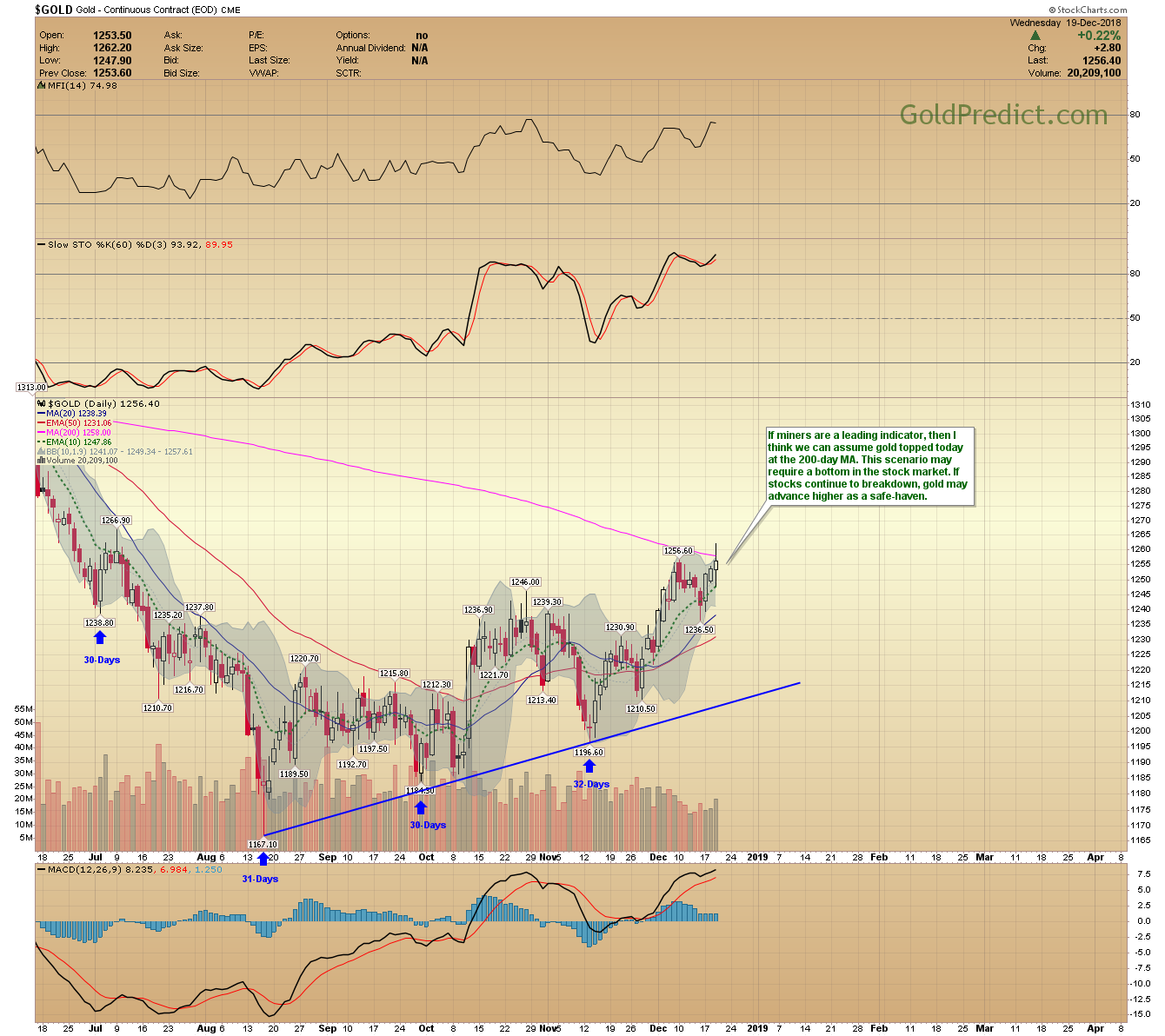 Have a great night; I think we can finally get some rest.

This article was published Posted on December 19, 2018 in Categories Free Updates, Updates