Fairly uneventful day. I’m studying correlated and uncorrelated assets to get a better view of where we are in the economy. I need to look deeper into bonds and interest rate differentials for clues. That’s what I’m working on tonight.

-GDX VOLUME STUDY- On Balance Volume and MFI support a topping process instead of an impending breakout. Since mid-December, volume has trended lower. Some of the low volume is Holiday related – so it could turn out to be misleading. Nevertheless, buying or volume moved steadily lower as prices crept higher. The 200-day remains key. Progressive closes below it would fortify an interim top. However, a large volume breakout above $21.75 would support a breakout from a rising or high-level consolidation.

The next “above-average” volume bar (red or black) that breaks significantly above the descending volume trendline may signal which way prices are breaking. A big red volume candle would indicate selling and lower prices. Whereas a large black volume candle (prices have to close near the highs of the day…not at or below the open) would tip the scales toward more upside. I’d exit the JDST net-short if that occurred. 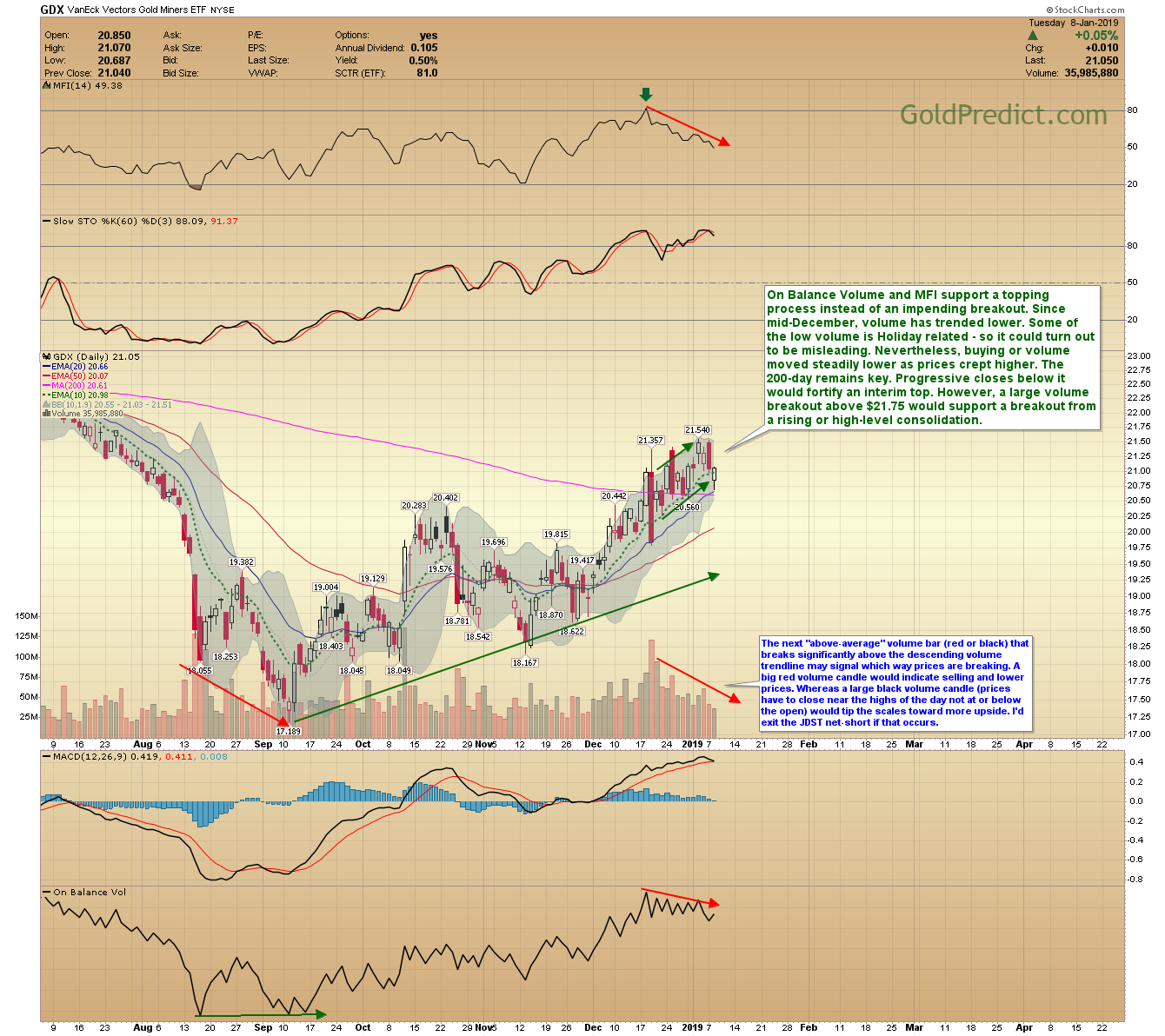 -BAR- The Granite shares gold trust is relatively illiquid, but we may have signs of distribution today. A similar event occurred just after the May 24th top. End of month redemptions likely played a role in May, but the selling remained evident. On May 31st, 2018 the fund “BAR” had 239-million of buying on weakness. Prices trended sideways for a week or two but never closed above the May 24th high (130.44). Today we may have another selling spike (see volume), and there was buying on weakness of 100-million. Is this another top? It would take prices closing above the 129.16 high to support more upside…otherwise, I’ll look lower. Note the Collapse in Money Flows (top). 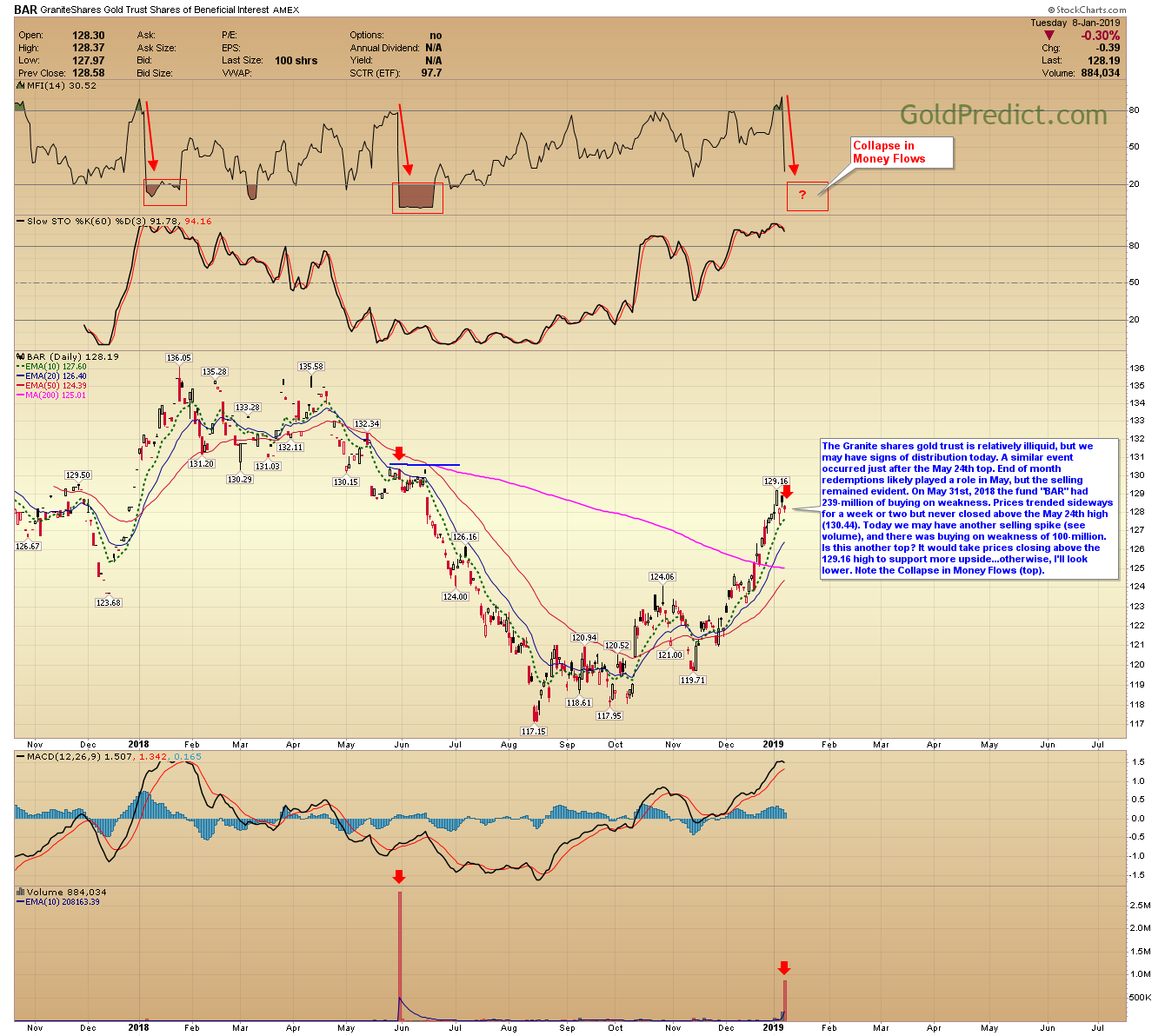 That’s all for tonight. I’ll look into interest rates and post something tomorrow.

This article was published Posted on January 8, 2019 in Categories Free Updates, Reports