The price action to start the week in metals and miners has been uninspiring. The potential flag patterns should have broken higher by now. Unless something changes quickly, the odds are beginning to favor abandoned bull flags and a breakdown.

I want to see the overnight action, but I’m considering reapplying my short positions.

The stock market rallied on a potential budget deal, and it looks like we may avoid another government shutdown. I’m honestly surprised negotiations haven’t broken down.

I structured a strangle options strategy in GDX last week. The $22.00 puts are close to being in the money. I’ll advise members when I exit the trade.

-US DOLLAR- The dollar has been on a tear since the January Fed meeting. That has kept downside pressure on metals and miners. The RSI (9) above reached overbought conditions, and we got a pullback today. Closing progressively below the 96.30 level would support an interim top. To the upside, there is significant resistance between 97.50 – 98.00.

-GOLD- The potential bull flag is losing its efficacy with each day that passes and that will likely lead to a bearish breakdown if gold (April) doesn’t close back above $1320 in the coming days. A failure and progressively closing below $1300 would establish a decline into a 6-month cycle low. -SILVER- The short-term pattern in silver is beginning to take the form of a small consolidation. Declining below $15.60 would conceivably trigger a speedy decline to $15.20 – $15.30. 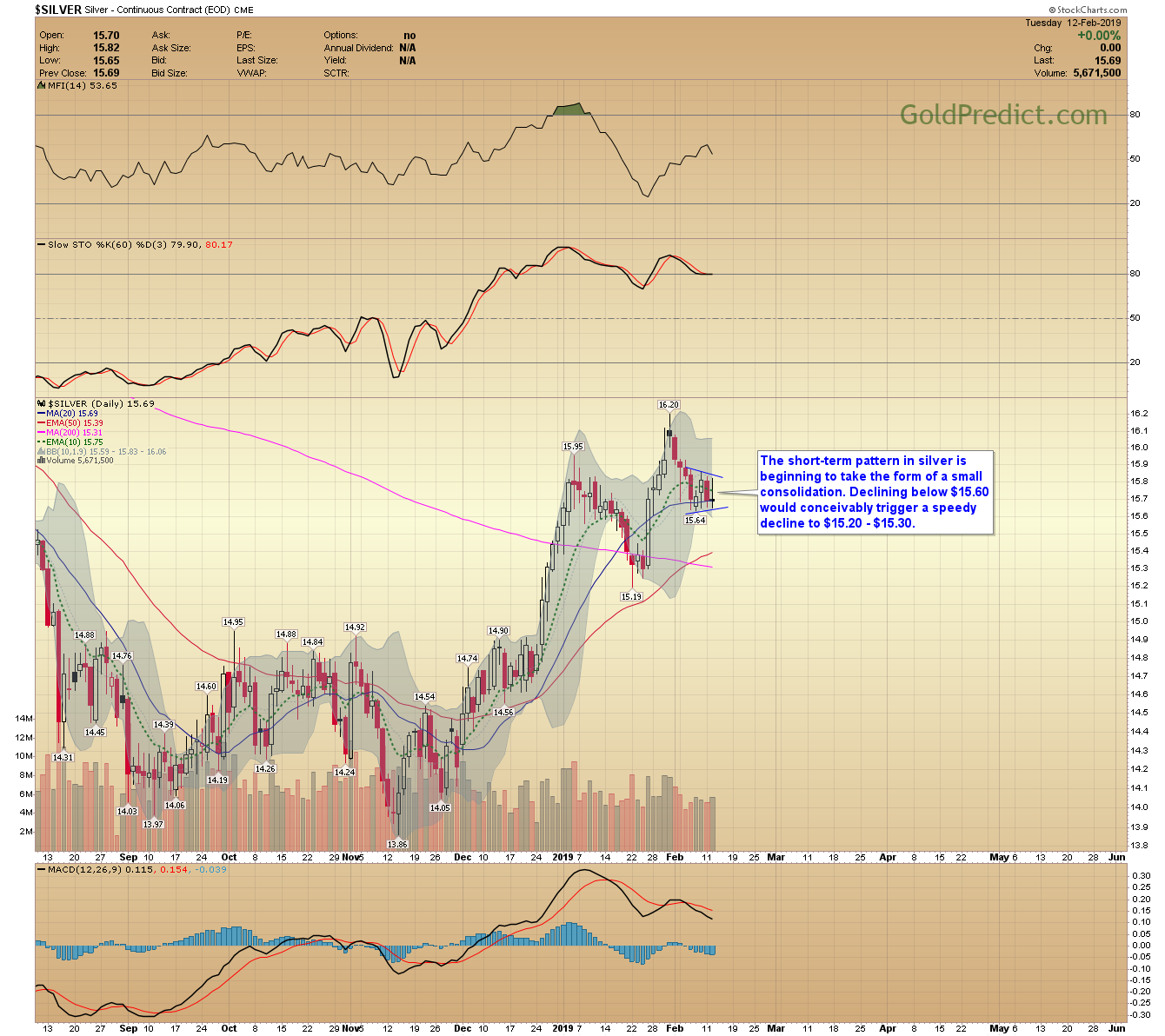 -GDX- The potential bull flag pattern is out of time, in my opinion. Unless prices break higher immediately, the odds are mounting for a bearish breakdown and more profound correction. I’m considering putting my short trade back on. 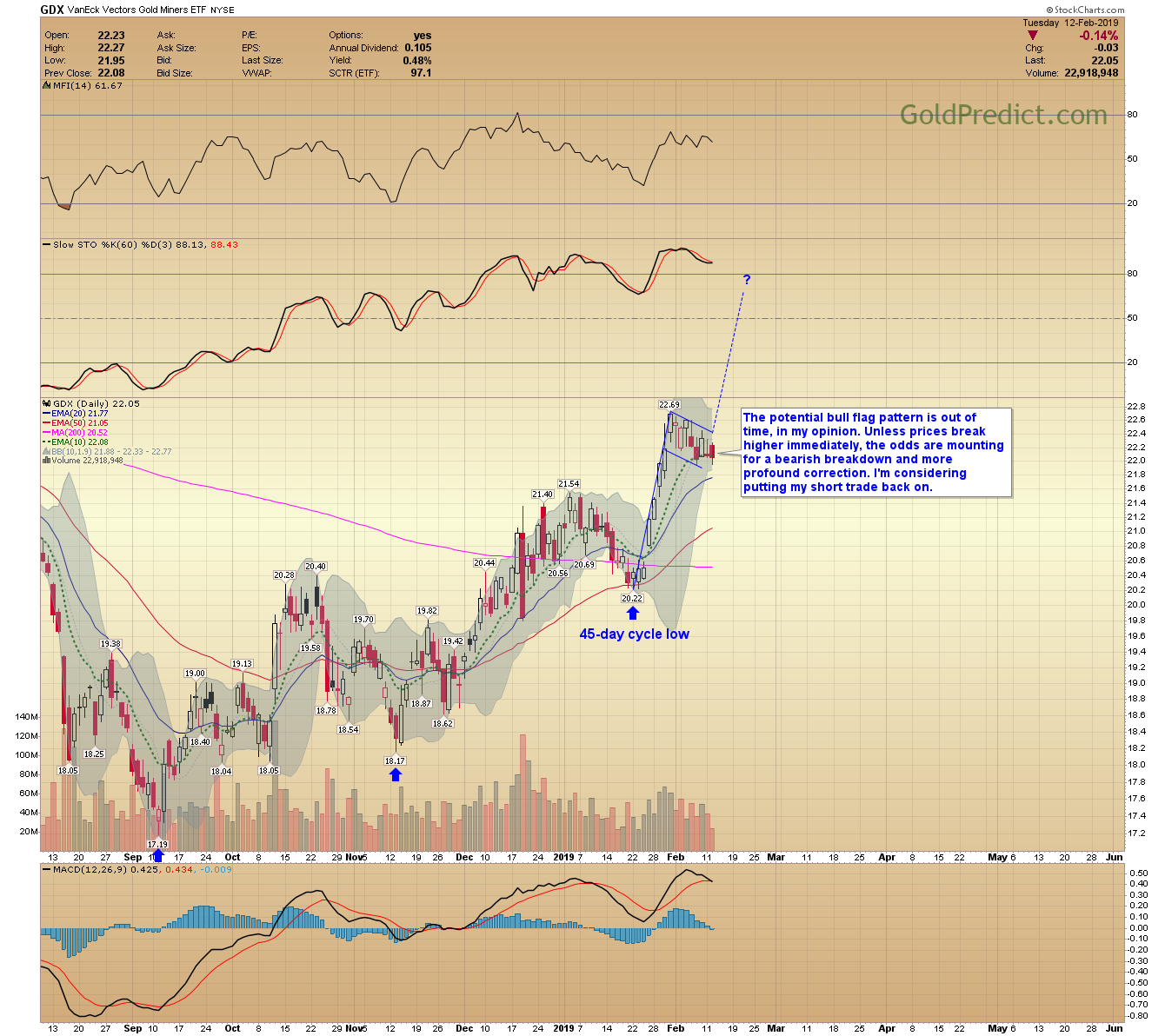 -GDXJ- Juniors are trying to maintain the 10-day EMA. A quick and sharp decline is becoming likely if prices remain below $32.50.

-S&P 500- The 200-day MA is a significant psychological barrier. The October, November, and December rebounds failed to retain it. There is adequate resistance between 2750 – 2825. 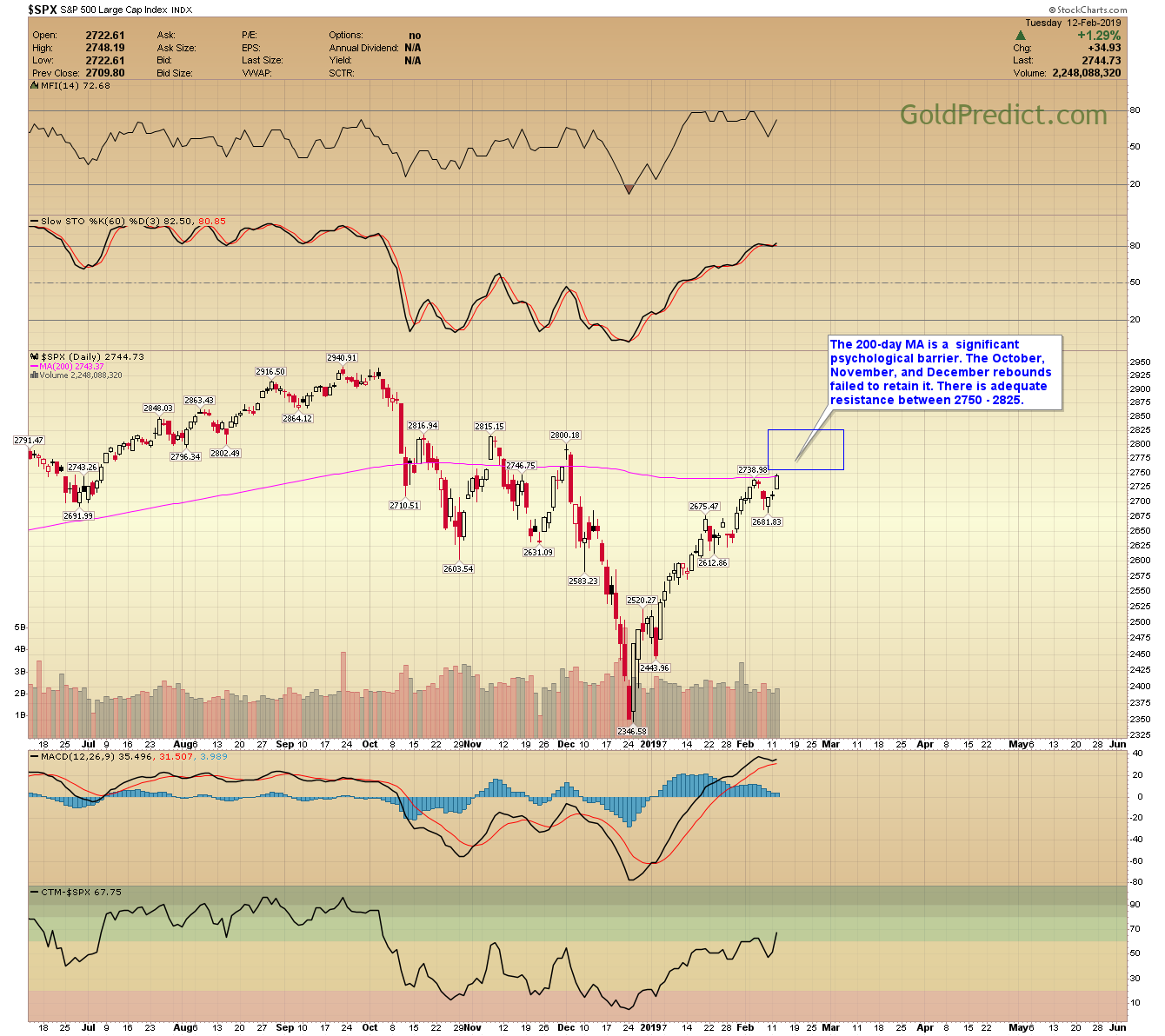 -WTIC- We almost had a breakdown yesterday, but prices rallied and finished above the lower border. Oil needs to slide below yesterday’s low ($51.23) to trigger a breakdown. Closing above $54.25 would recommend another run towards $56.00. 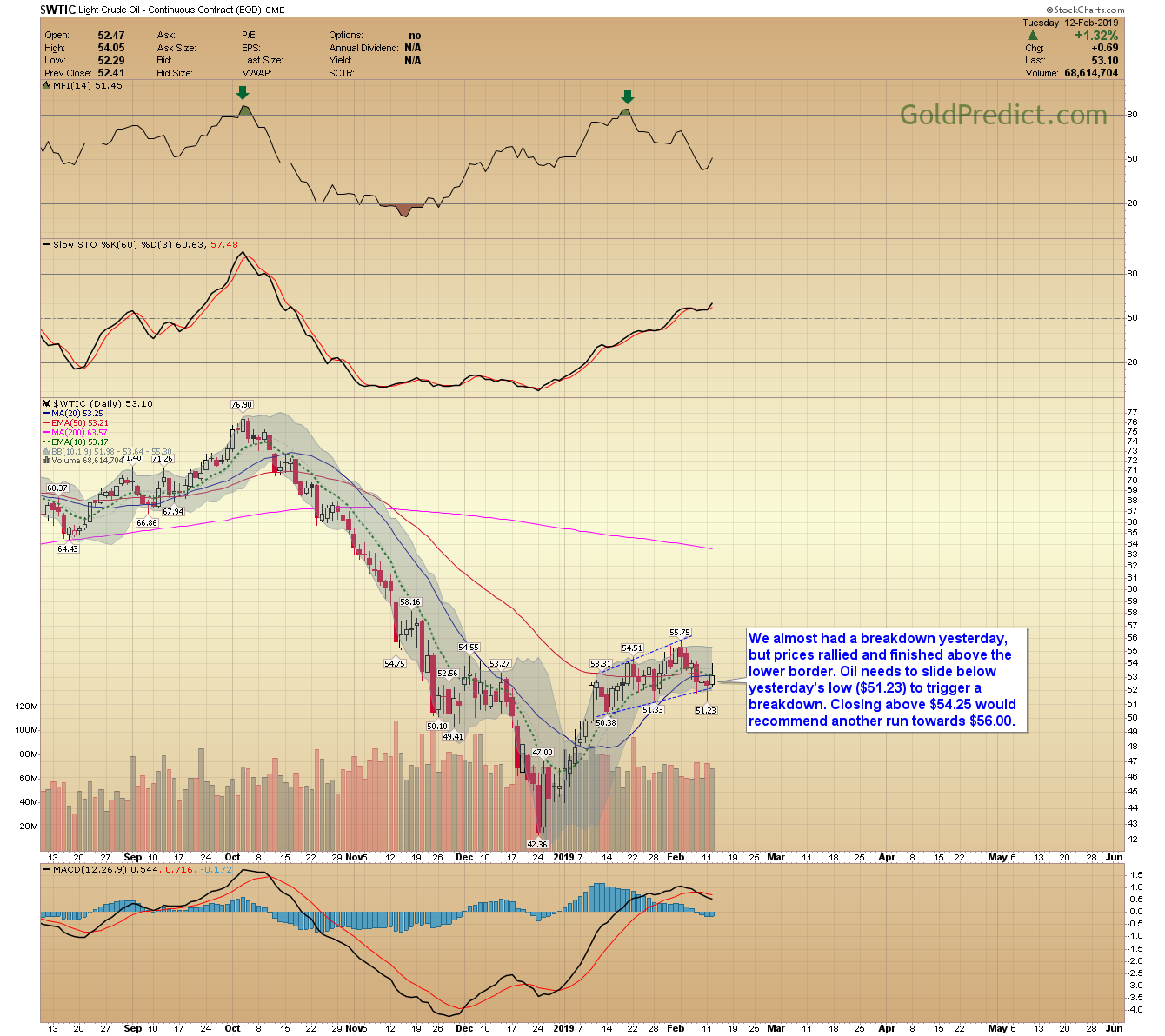 Oil came close to breaking down on Monday, but prices held the lower boundary. What happens tomorrow and Thursday will determine the short-term trend. I’m still holding the DWT position from January 31st.

This article was published Posted on February 15, 2019 in Categories Free Updates, Reports