Gold is approaching the long-term breakout zone near $1380. The next few trading days are critical. If prices are going to breakout, then gold should slice through the $1360-$1380 level with ease. Failing to breakout above $1380 will set the stage for a 2 to 4-week pullback into the next 6-month cycle low.

If I had to give miners a grade for today’s close, I would give them a “B” – good but not overly impressive. Upside follow-through tomorrow is essential to maintain the bull flag target as well as a potential for an immediate breakout.

I entered a few positions today just in case metals, and miners do break immediately higher. I don’t know if they will, but it never feels good when you watch prices take off higher without you. I figure if gold begins to rollover in the next few days, I should be able to get out without too much damage.

By Friday, we should know where gold is headed. Will it finally breakout above $1360 – $1380 or will it fail once again and slip into the next 6-month low.

-US DOLLAR- We will know in a few days if gold is breaking out or topping again near $1360. For a primary breakout, the dollar would have to break sharply below the 200-day MA and the September 93.39 low. 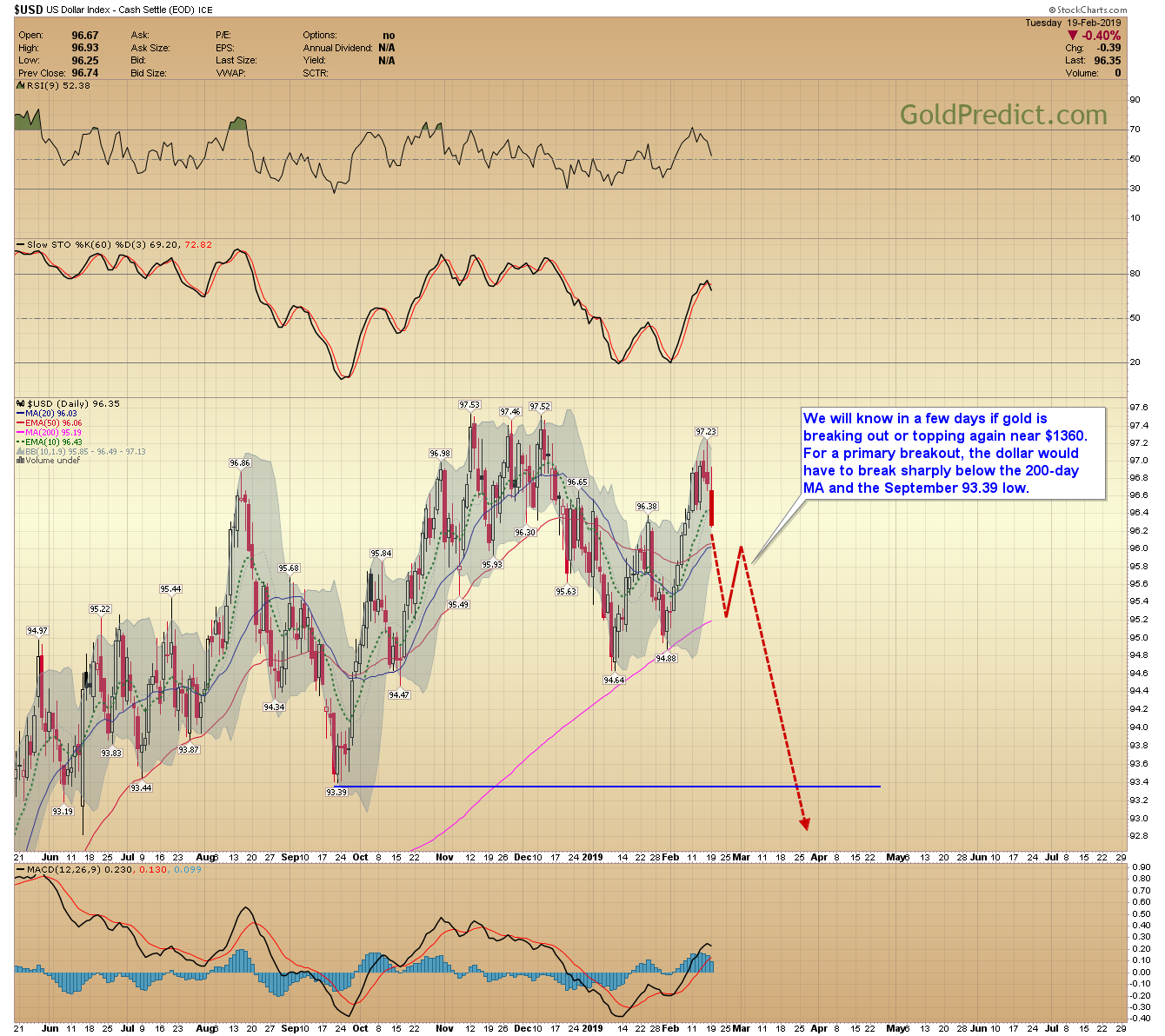 -GOLD- April futures finished just under $1345. Gold is now $20.00 – $30.00 below its major breakout line. Momentum is fading, and the cycle is stretched. On the surface, a breakout isn’t exactly favored. Nevertheless, if prices break through $1380 with ease, then that would signal a shift from paper to tangible assets in investor psyche. 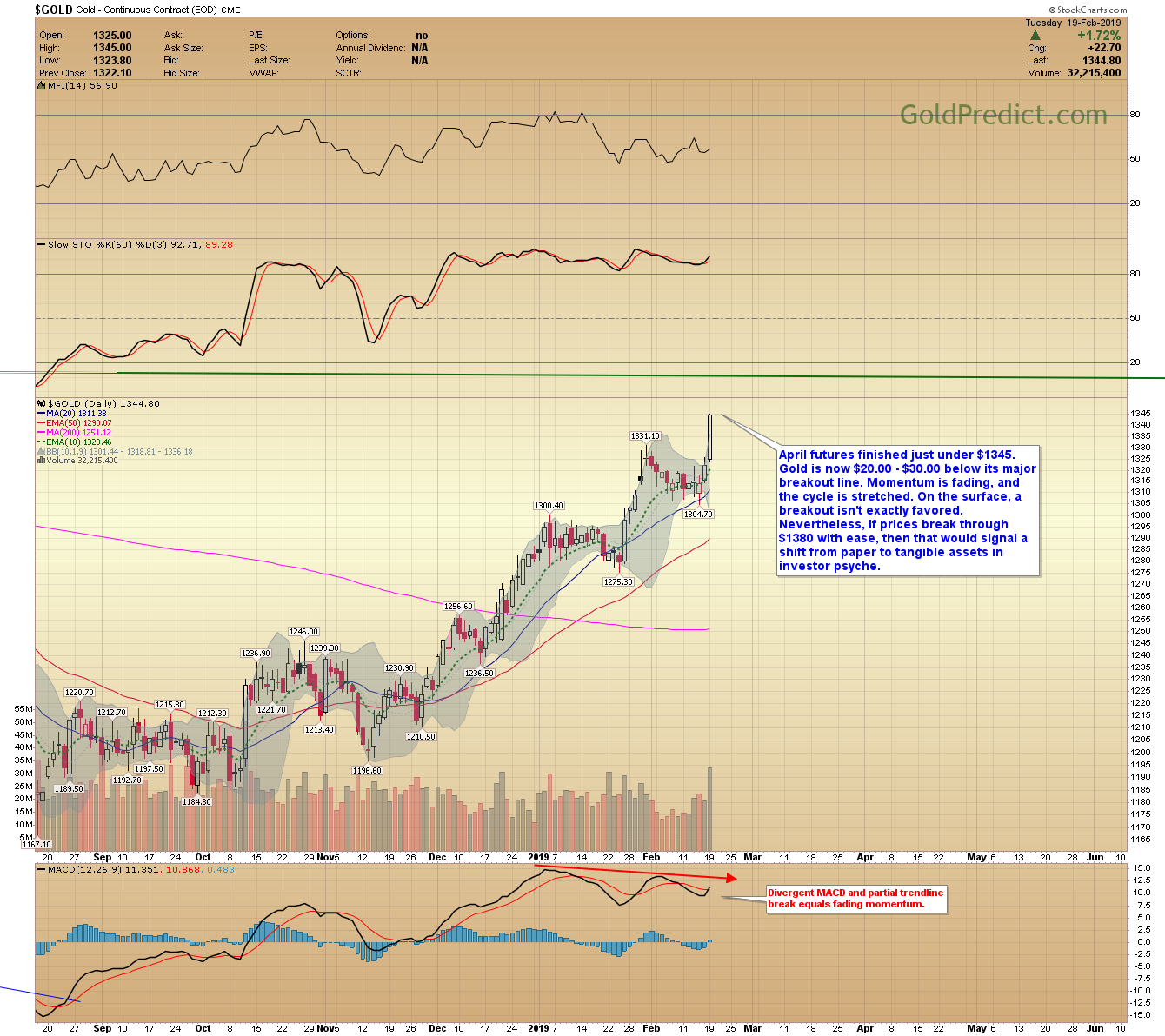 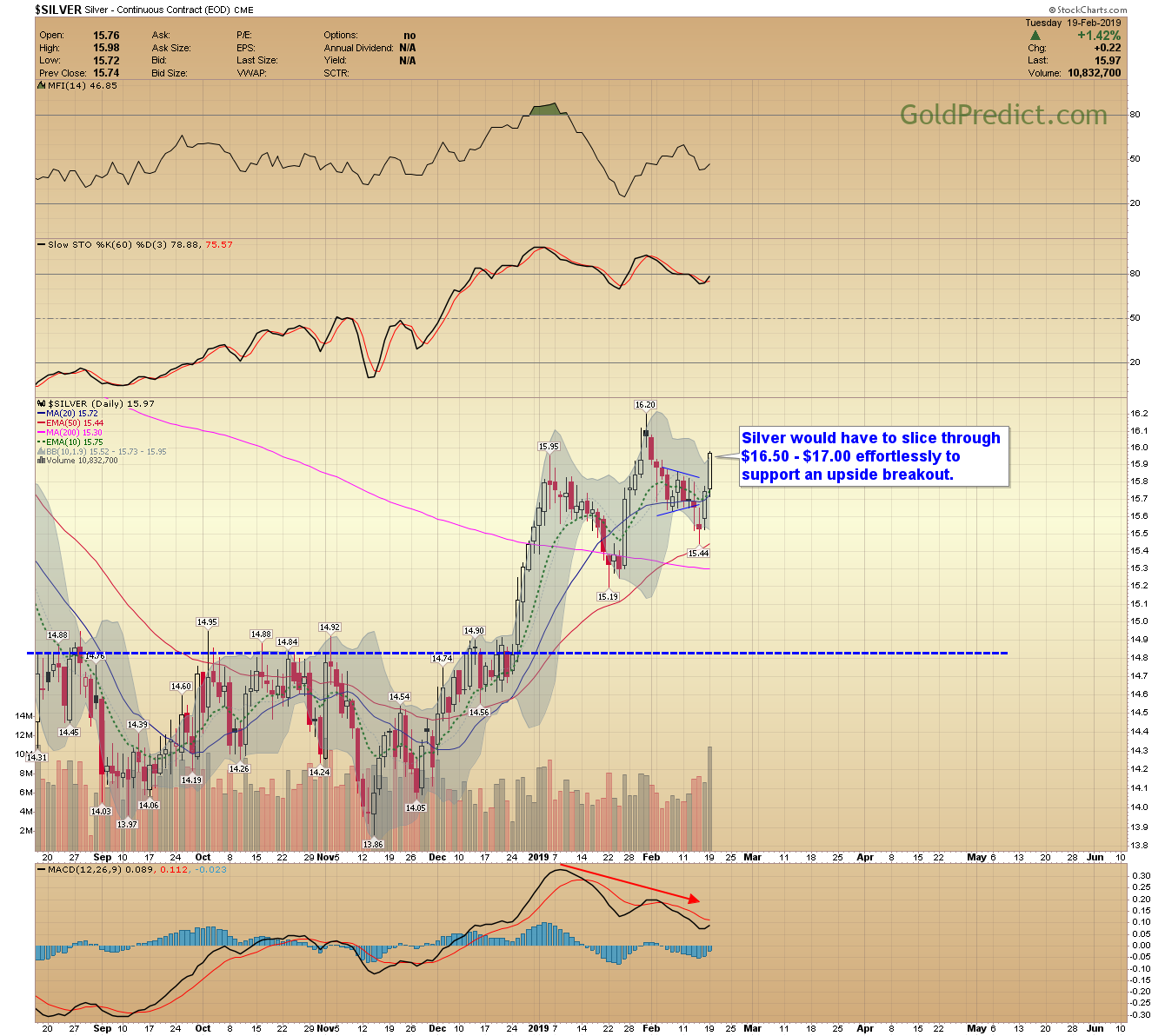 -GDX- To correct the momentum divergences, prices would have to explode higher in an impulsive manner. To me, that would look like another gap higher and a 5%+ up day in GDX. Of course, closing below today’s $23.43 gap would indicate a top and 2-4 week correction. Volume was decent about 2x average. To support a breakout, miners would have to launch through $24.50 – $25.50 on massive 4x volume. 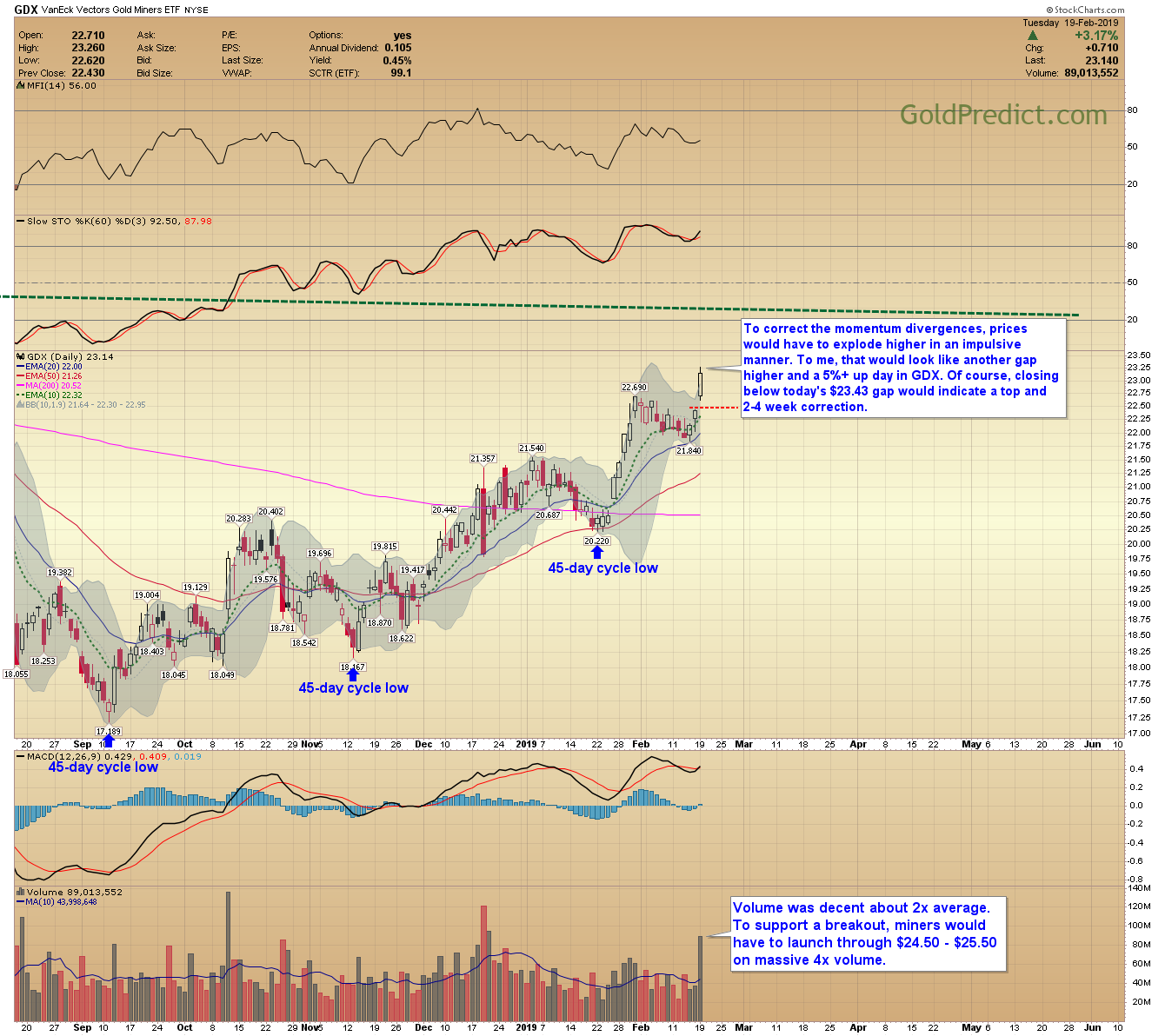 -GDXJ- We had about 2x volume in junior miners. The bull flag target is around $35.60. To signal a breakout – GDXJ would have to jump through resistance between $36.50 – $37.50 in short-order. Closing below today’s gap would indicate exhaustion. 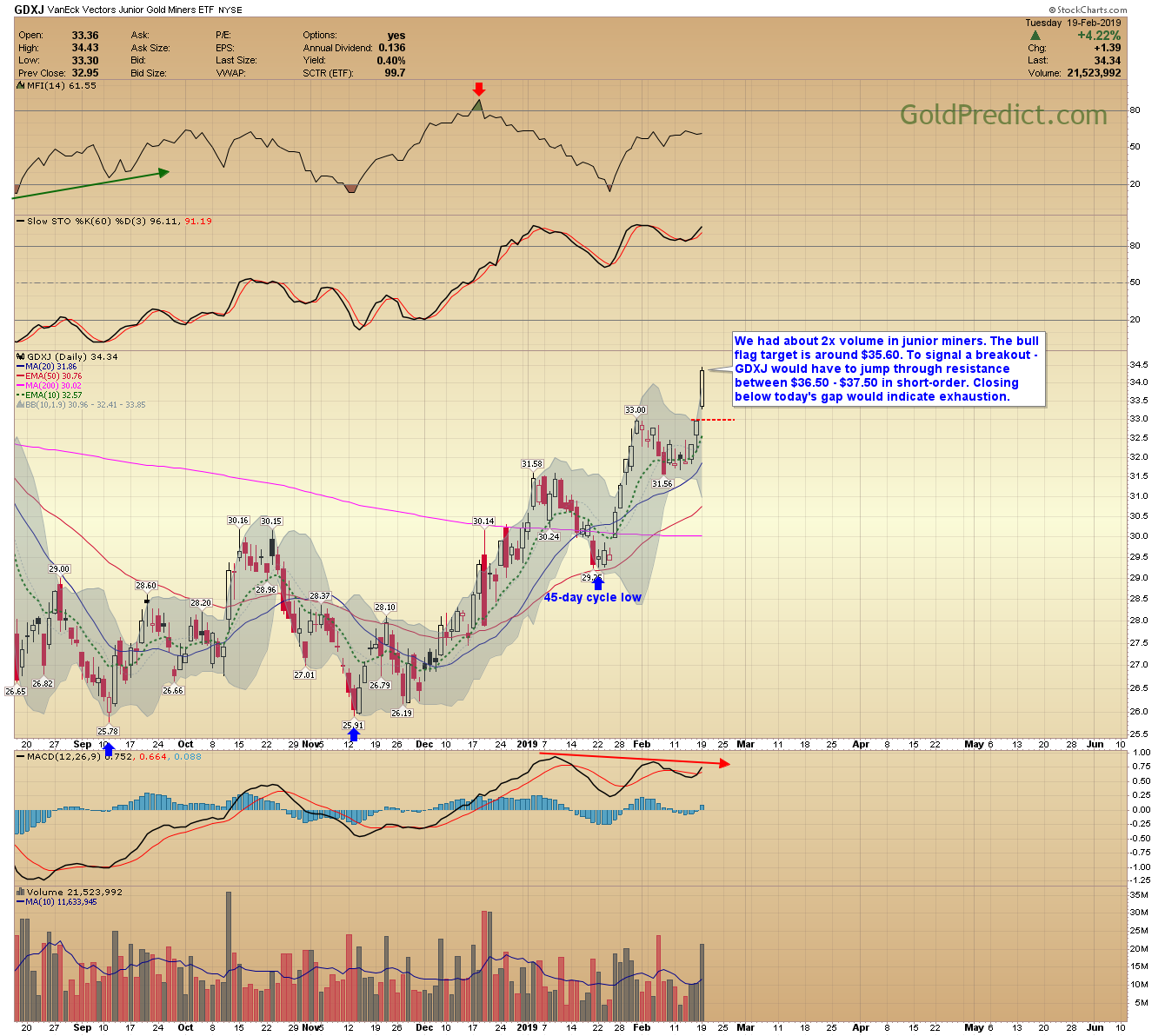 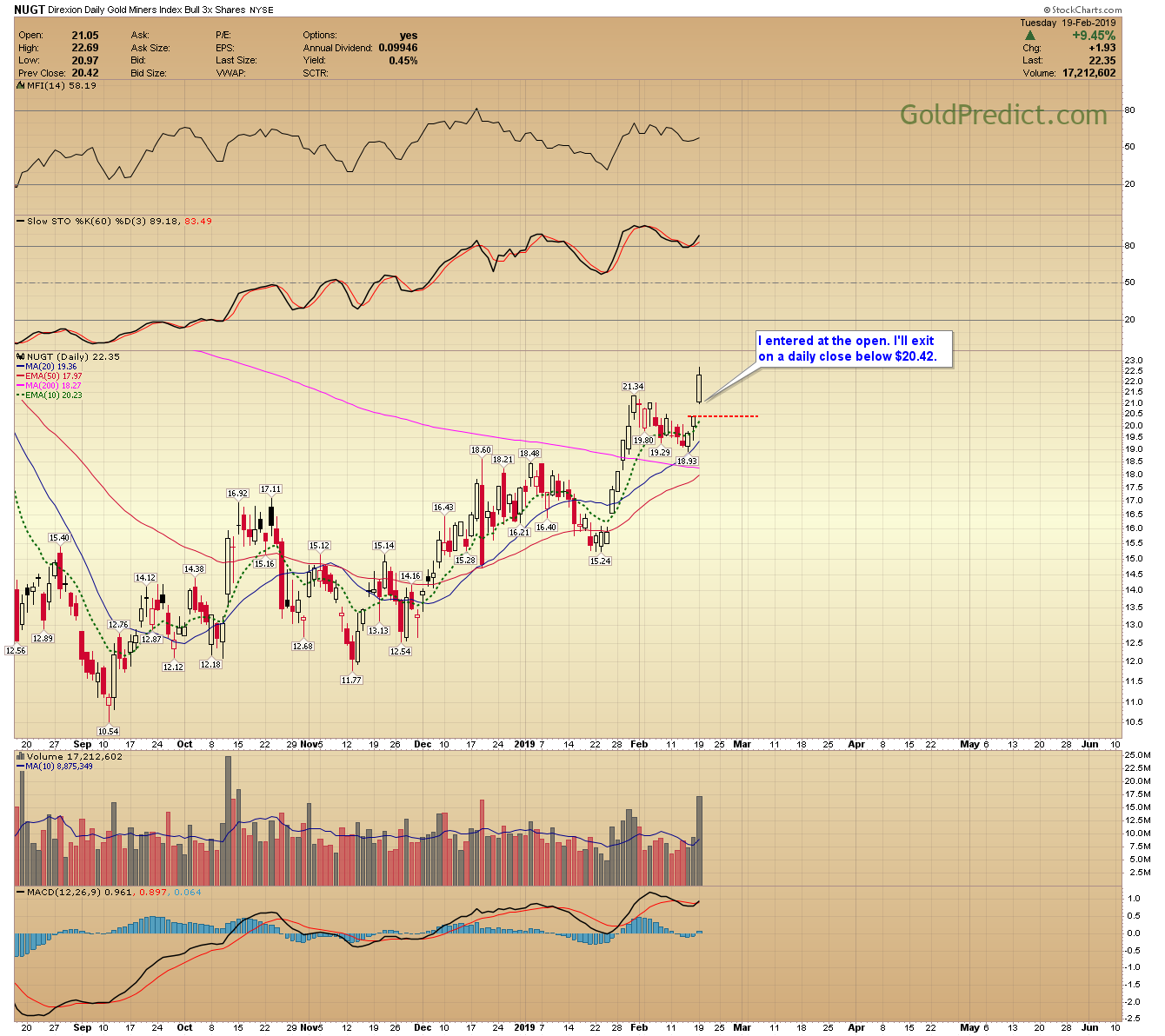 -USLV- I wanted more exposure to silver via the triple leveraged ETF USLV. I bought this afternoon and will use a stop on a close below $77.00. I may exit earlier if GDX closely poorly in the coming days. 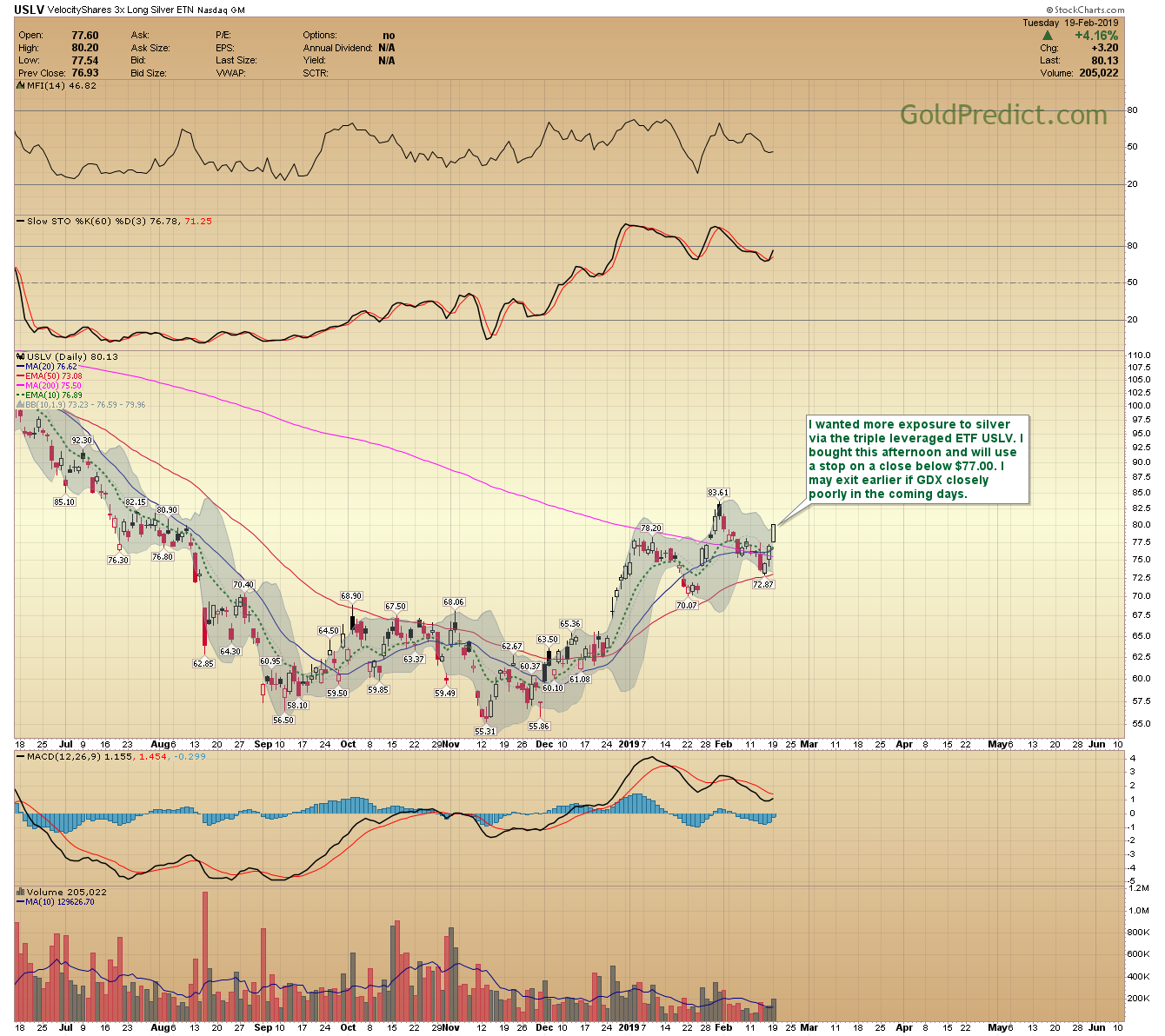 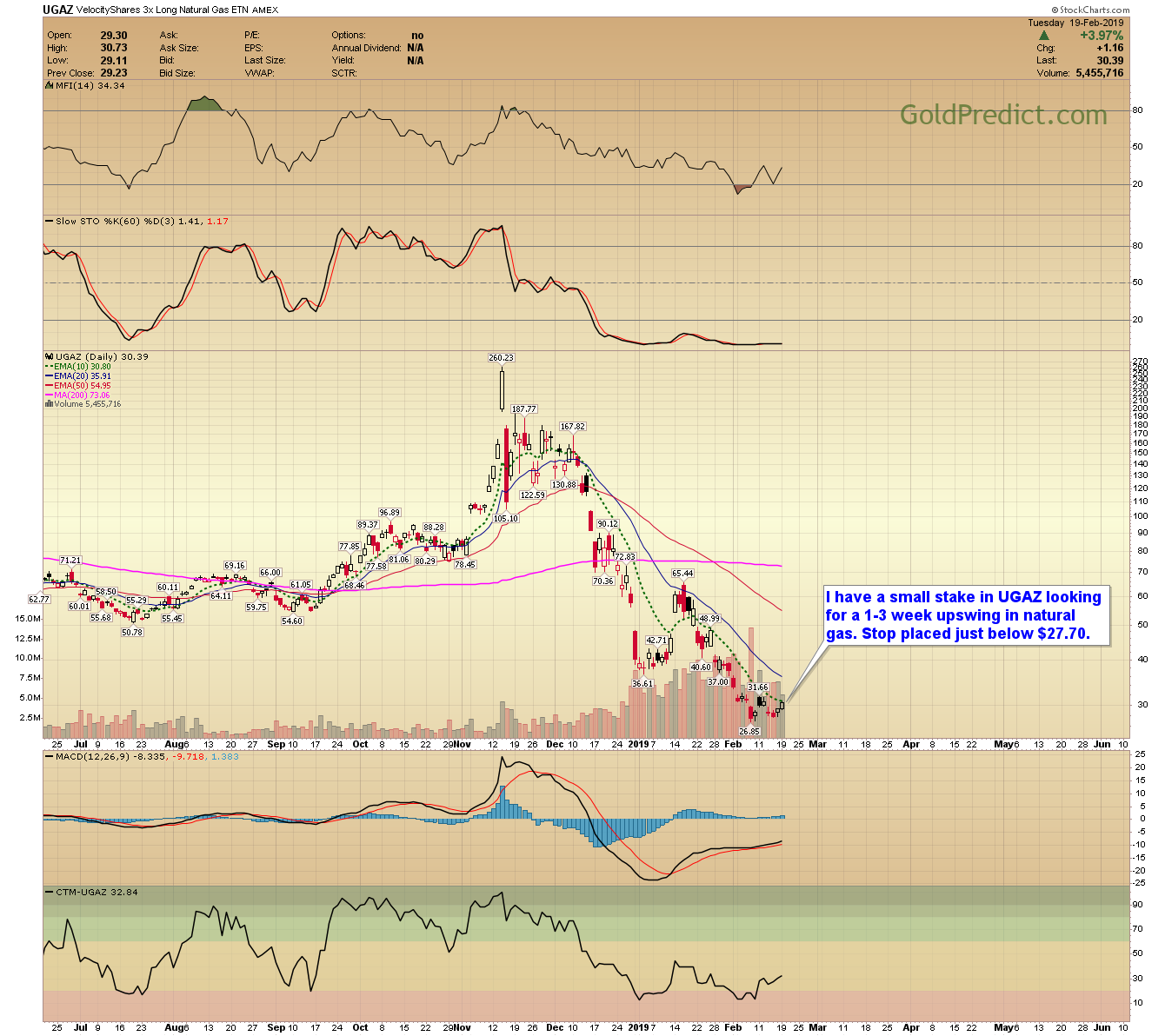 -SPY- Stocks finished at significant resistance. Like gold – we will likely see a top or a breakout within the next few trading days. 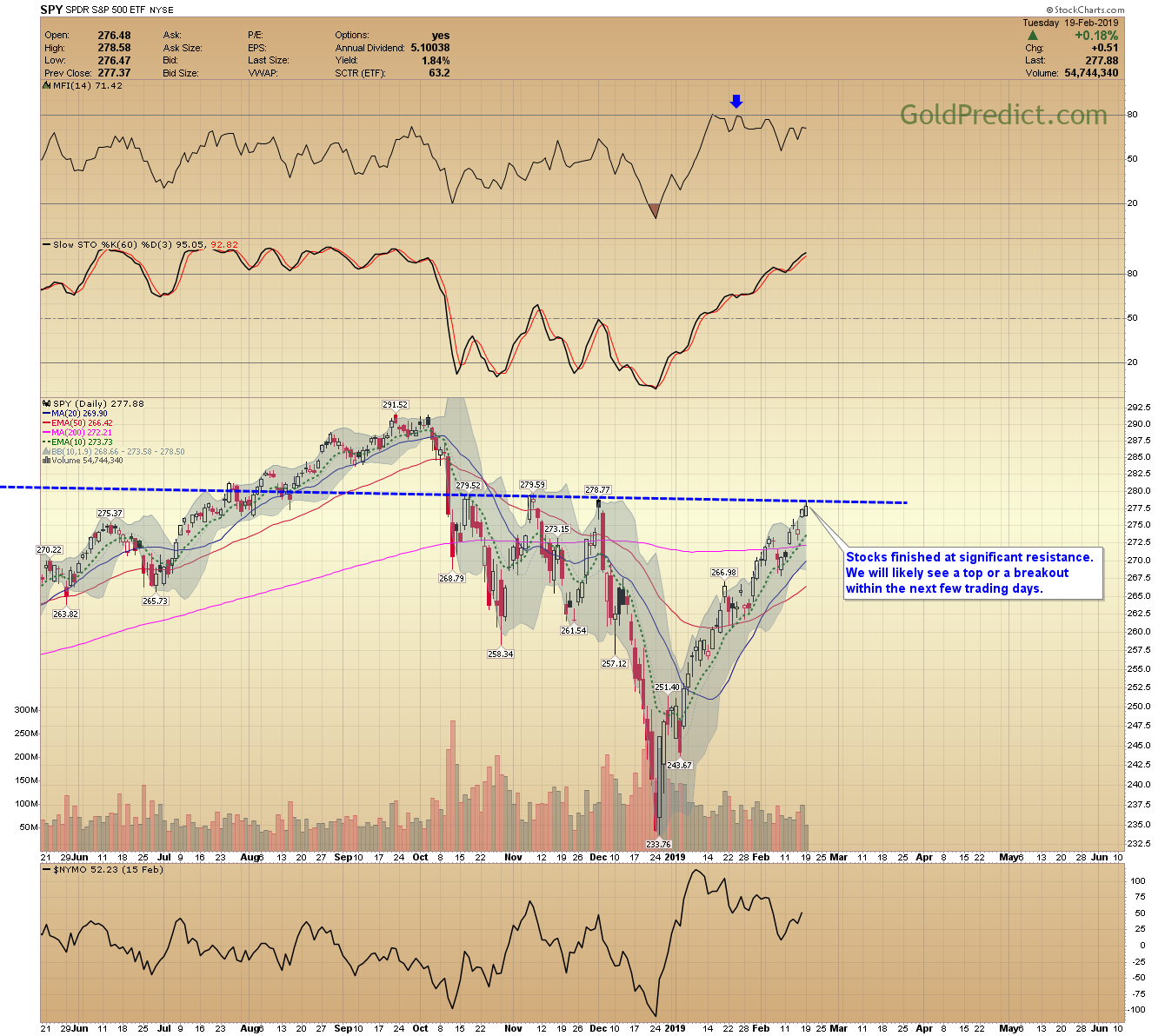 This article was published Posted on February 19, 2019 in Categories Free Updates, Updates