Several factors support February tops in both metals and miners. A 2 to 4 week correction into the March 20th Fed meeting seems fitting. There is significant support in gold between $1300 and $1310 that may prove challenging. Breaking that critical level would imply a March $1260 target.

-US DOLLAR- The dollar has been declining with gold over the last week or so. Prices tried to reverse a bit today. It would take a close up of 96.40 to support an interim bottom. 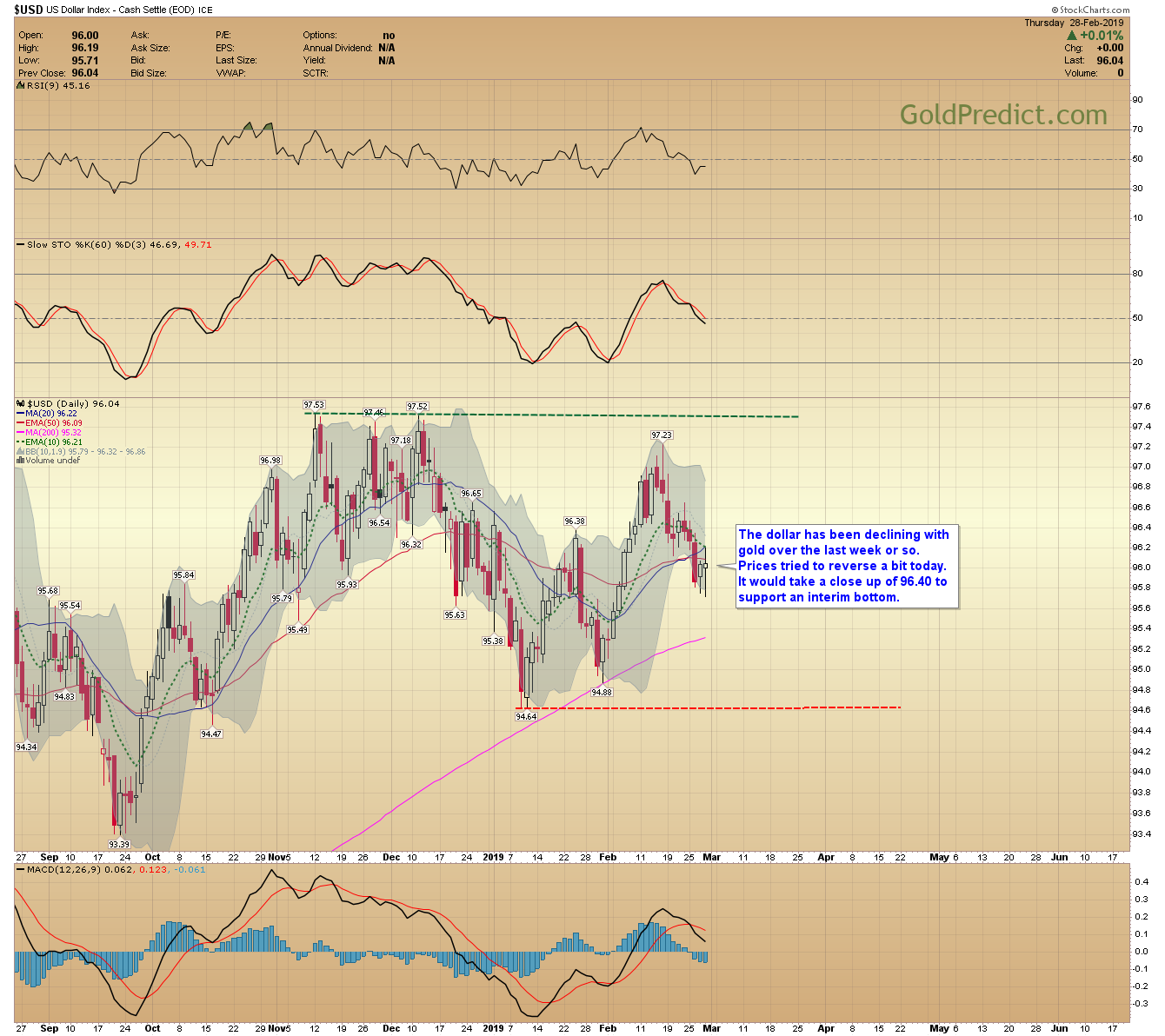 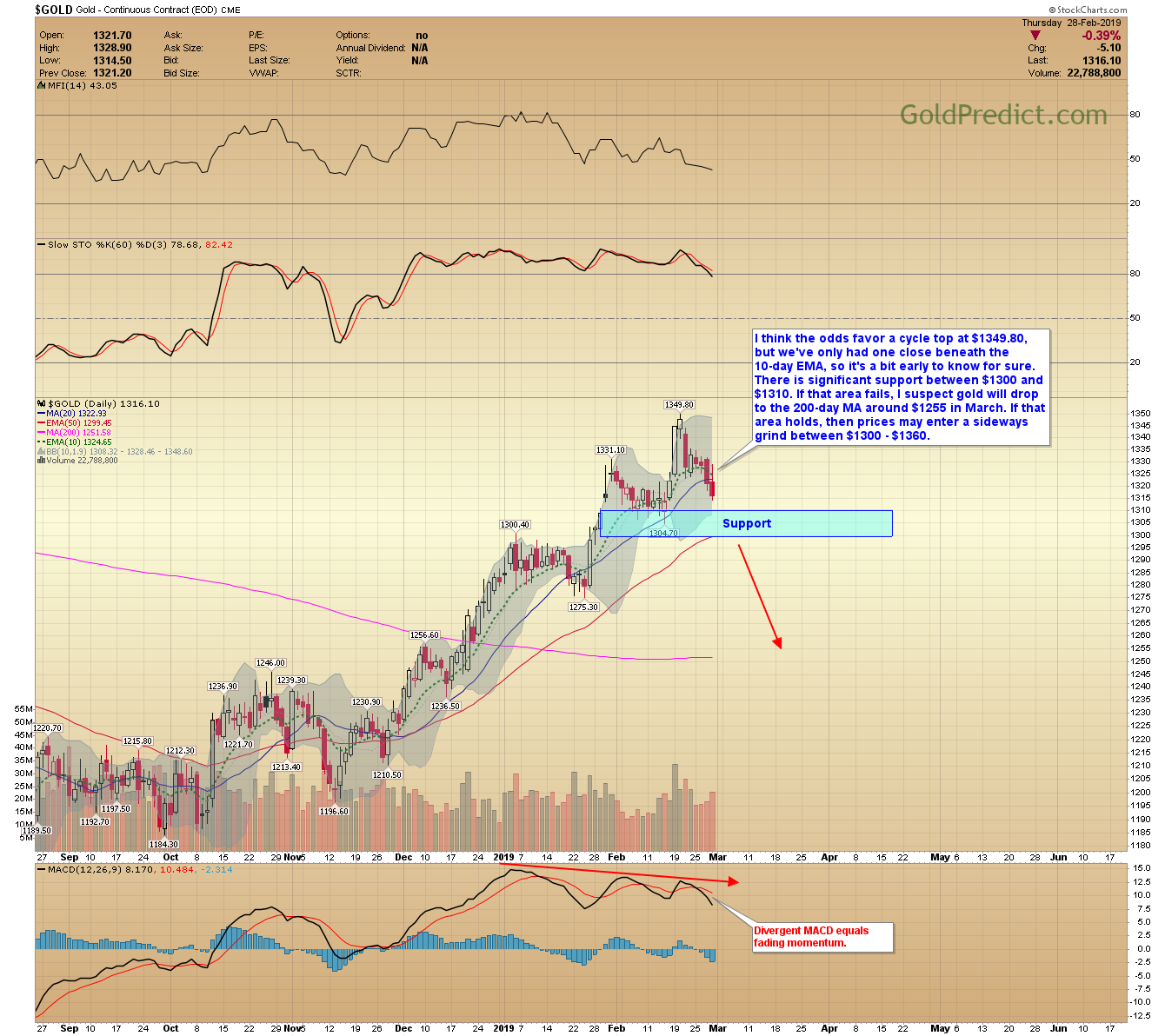 -SILVER- Closing below the short-term blue trendline would recommend a decline back to support near $14.80. 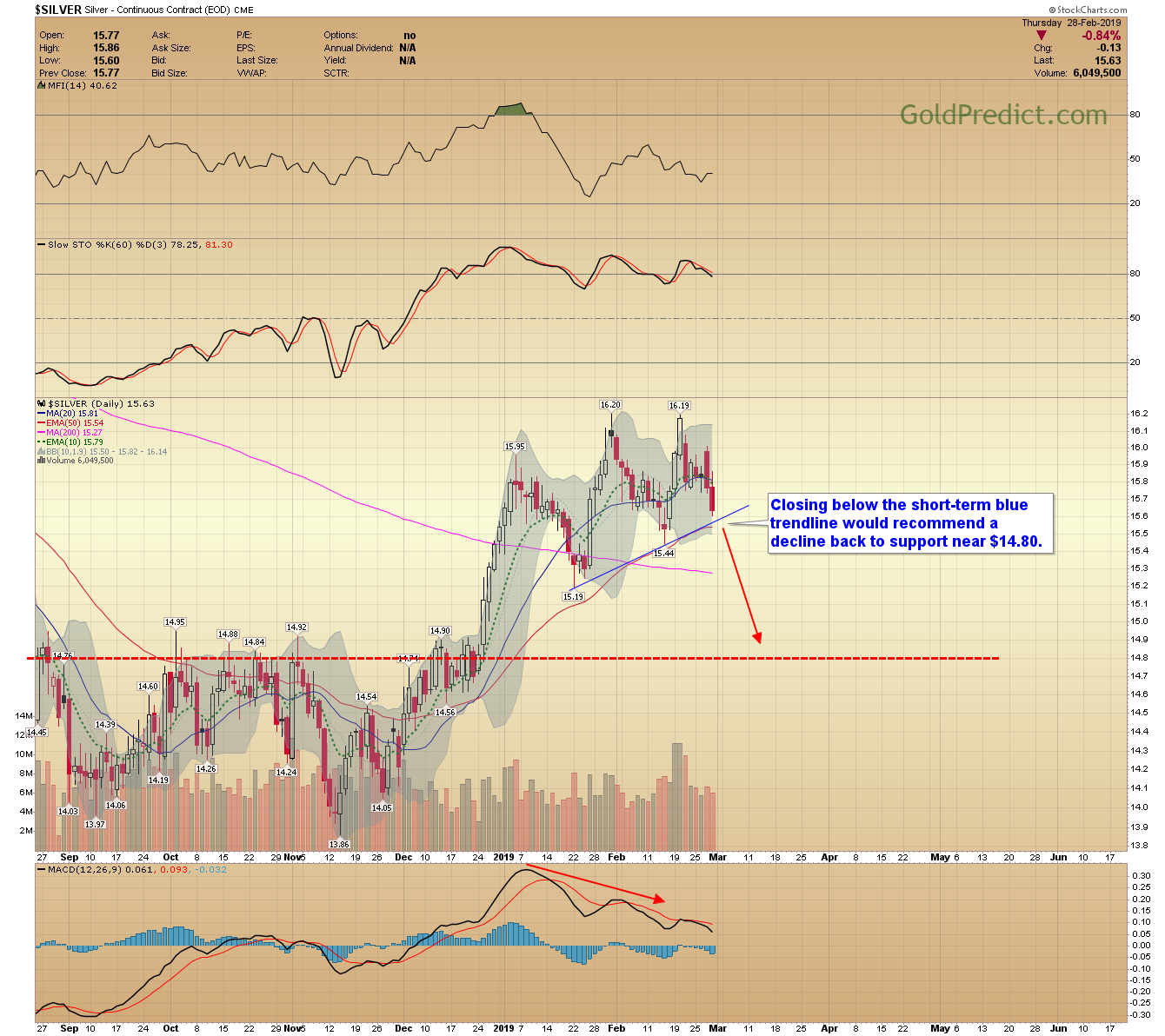 -GDX- I was a little surprised by the resilience in miners as gold slipped below $1315. I would have expected GDX to have been down 2% or more instead of today’s 0.49%. Nevertheless, multiple factors support a top at $23.70. The minimum and the most logical target is the 200-day MA and prior gap around $20.50.

-GDXJ- The January gap in juniors supports a decline to roughly $29.75. 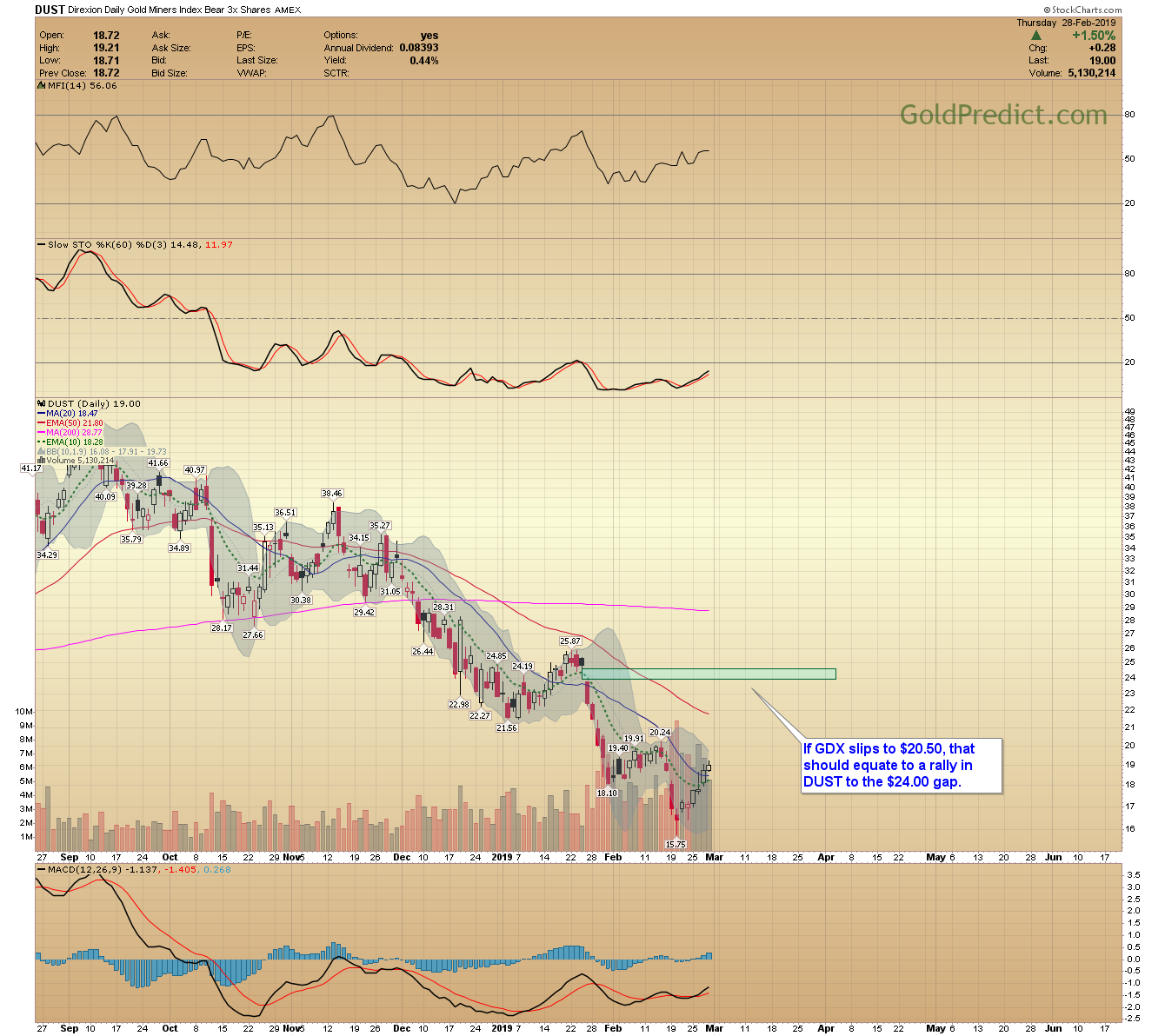 -UGAZ- The UGAZ position is stalling a bit just above the 10-day EMA. I’d like to see a close above $35.67 relatively quickly to maintain the short-term upward momentum. 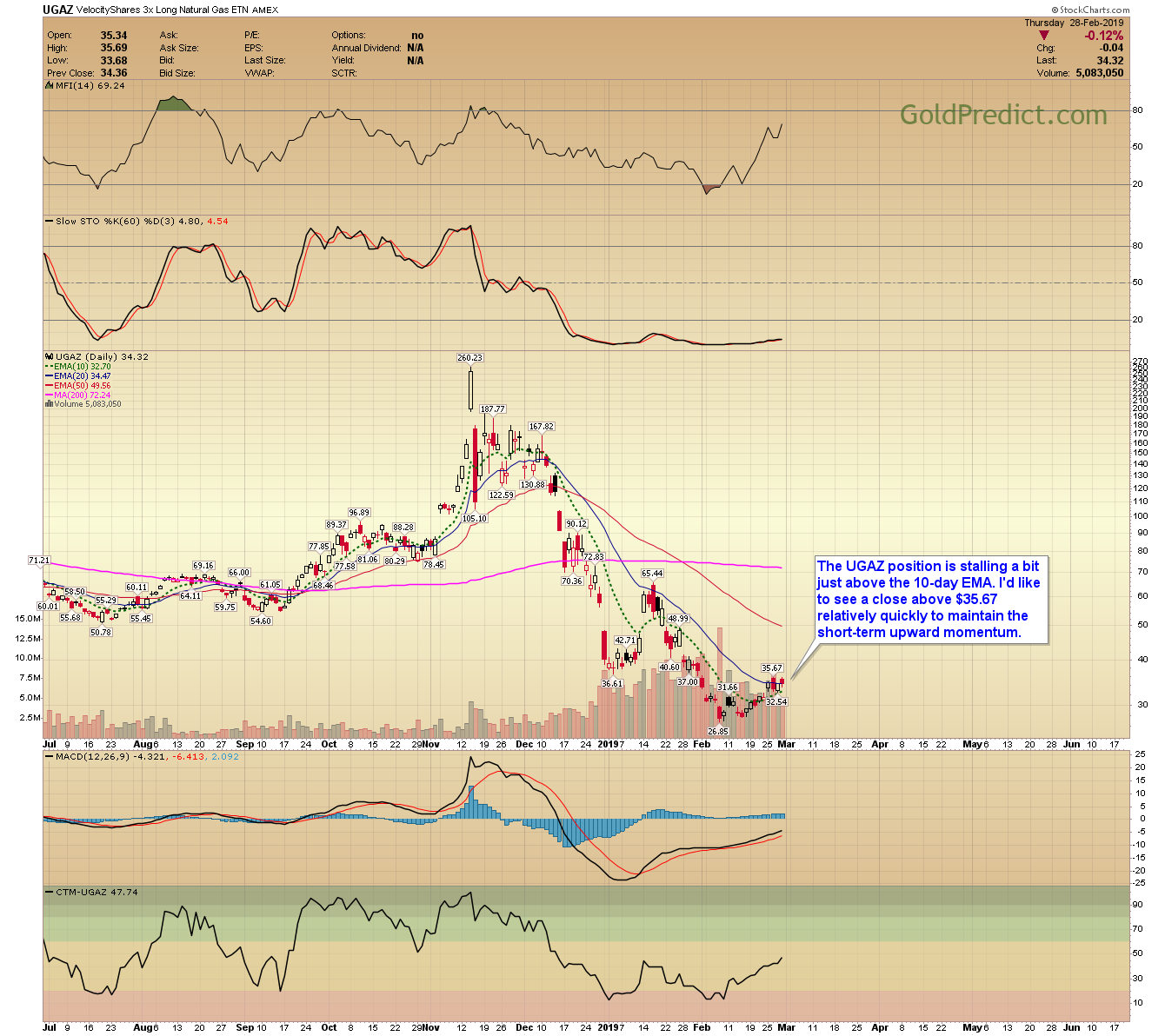 Have a wonderful night.

This article was published Posted on February 28, 2019 in Categories Free Updates, Reports