Markets are consolidating their recent moves; there was little to update today.

I get the sense that markets are awaiting another news event — namely direction concerning Trump’s trade war with China. A favorable deal for both parties would presumably increase commodity demand and global growth. That would have a positive effect on commodities. For example, the alleged trade deal would require China to purchase large amounts of US agriculture and energy products…that sounds bullish for commodities.

What would that do to the dollar? Conceivably, money would flee the dollar and return to emerging markets as growth returns. That could be the trigger to spark a breakout in the US stock market. Energy stocks and US agriculture and would benefit.

That sounds wonderful, but what if the trade war is prolonged or intensified? That would presumably be good for gold and bad for the stock market. So if I got this right – a positive trade outcome would be inflationary and good for commodities and gold. A negative result would be good for mostly for gold and safe havens – basic materials remain suppressed as growth is stifled. Correct – that’s my take anyway.

So – there are about ten different ways things could shake out. As investors all we can do is prepare ourselves to respond appropriately if/when the time comes.

-GOLD- Two big events could affect gold prices in March. A trade deal with China and the March 20th Fed decision. This Friday’s employment data could sway prices as well. Overall, I’m expecting gold to work its way lower to the 200-day MA. The right news event could change my mind quickly. 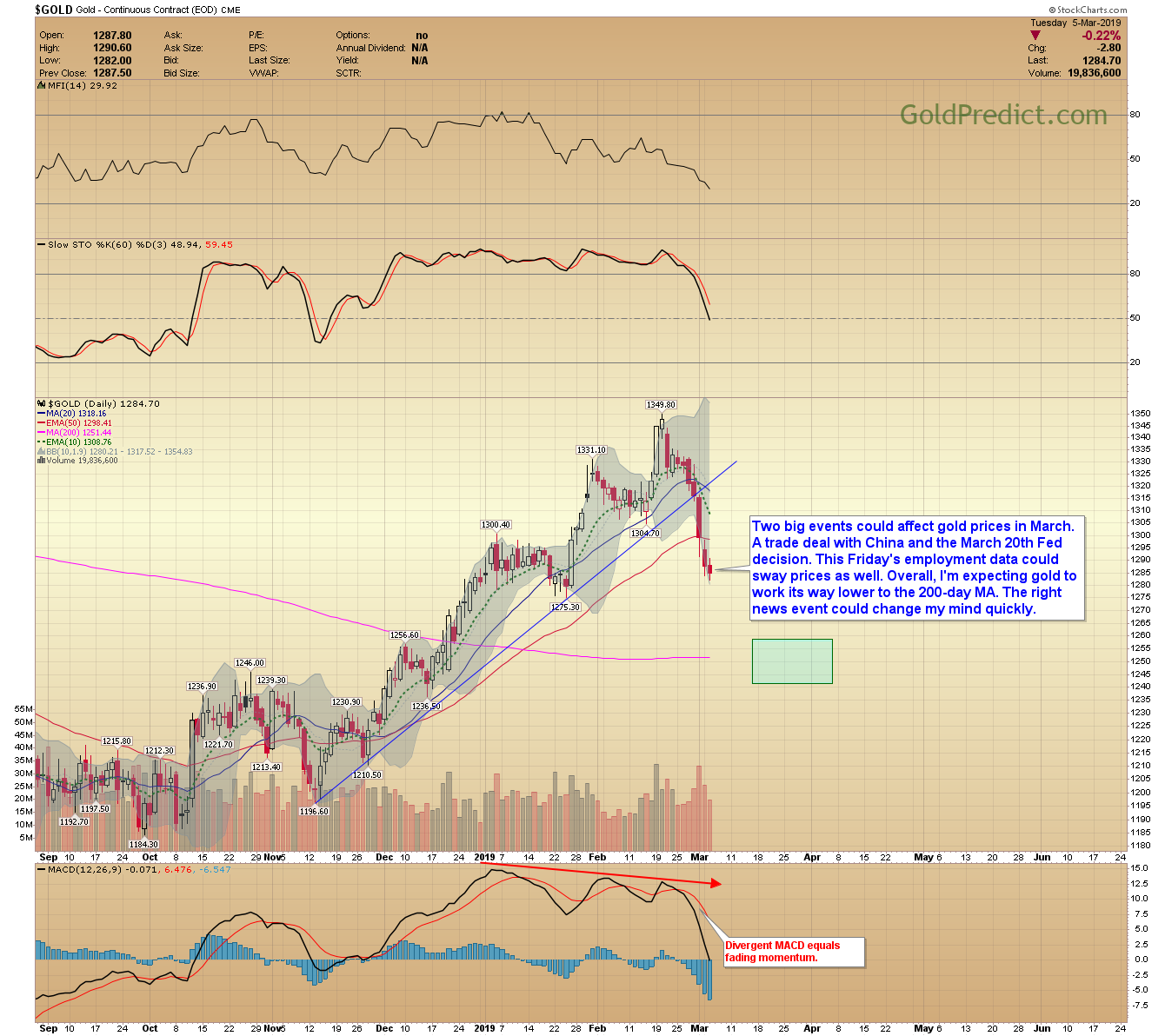 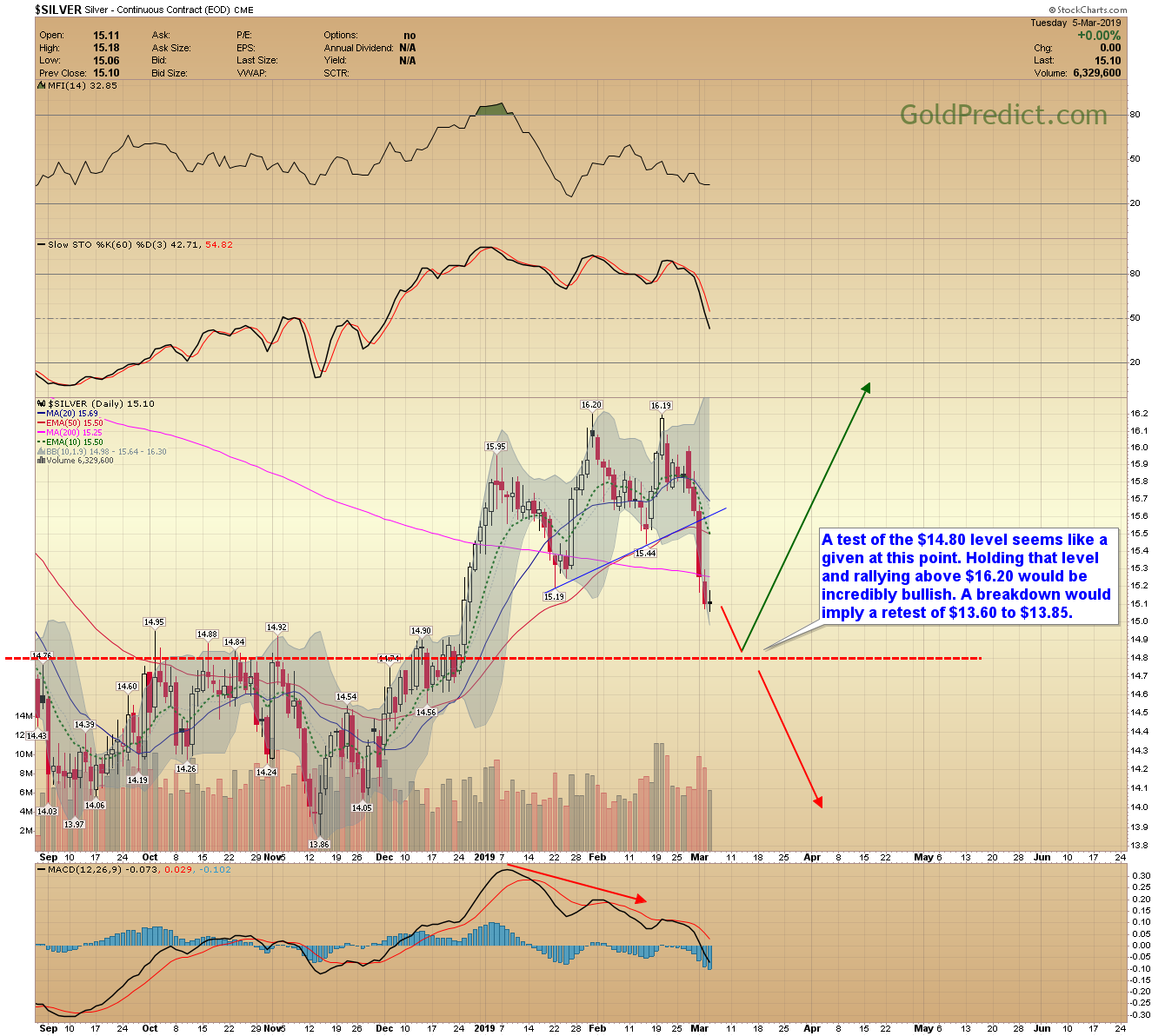 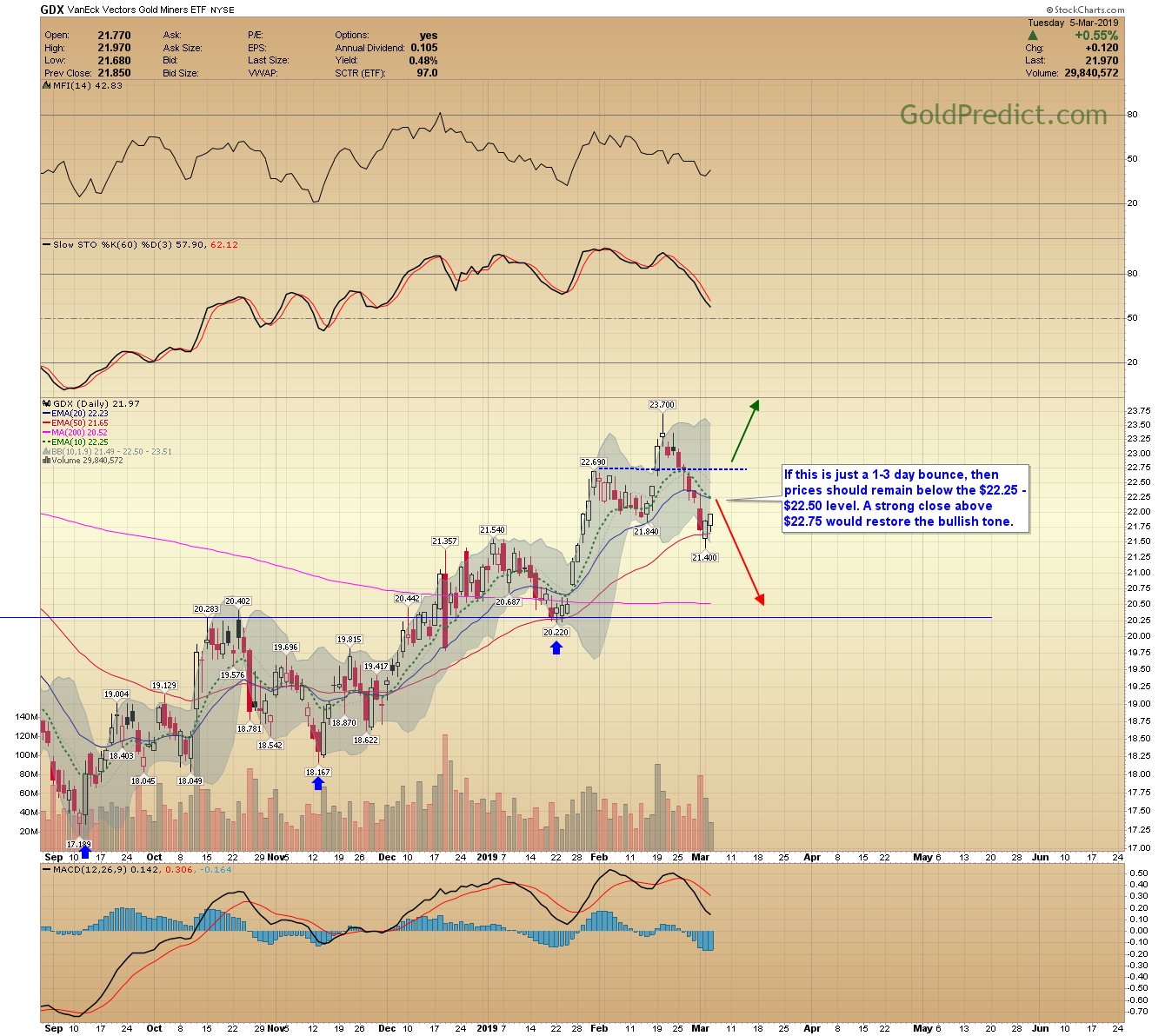 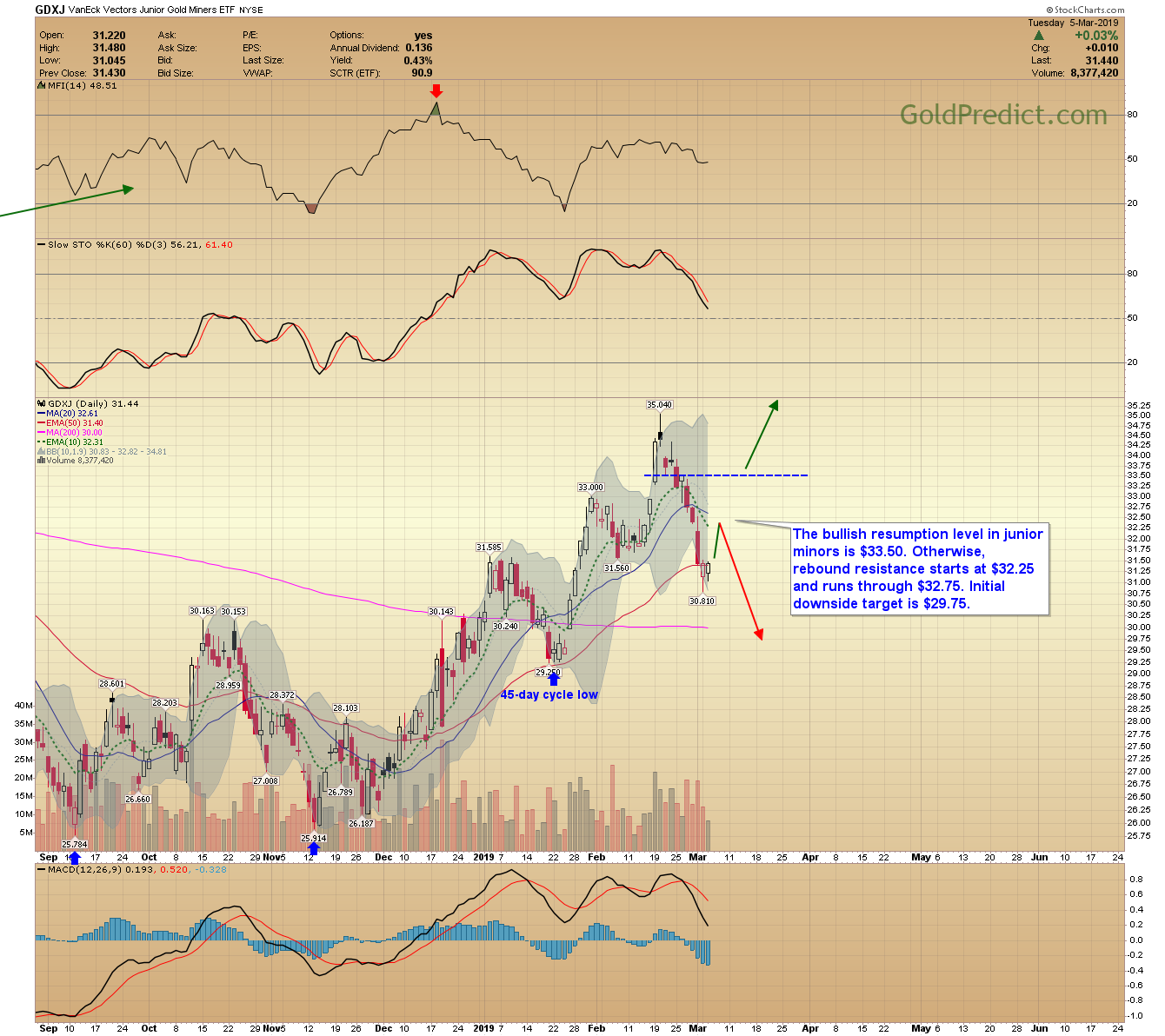 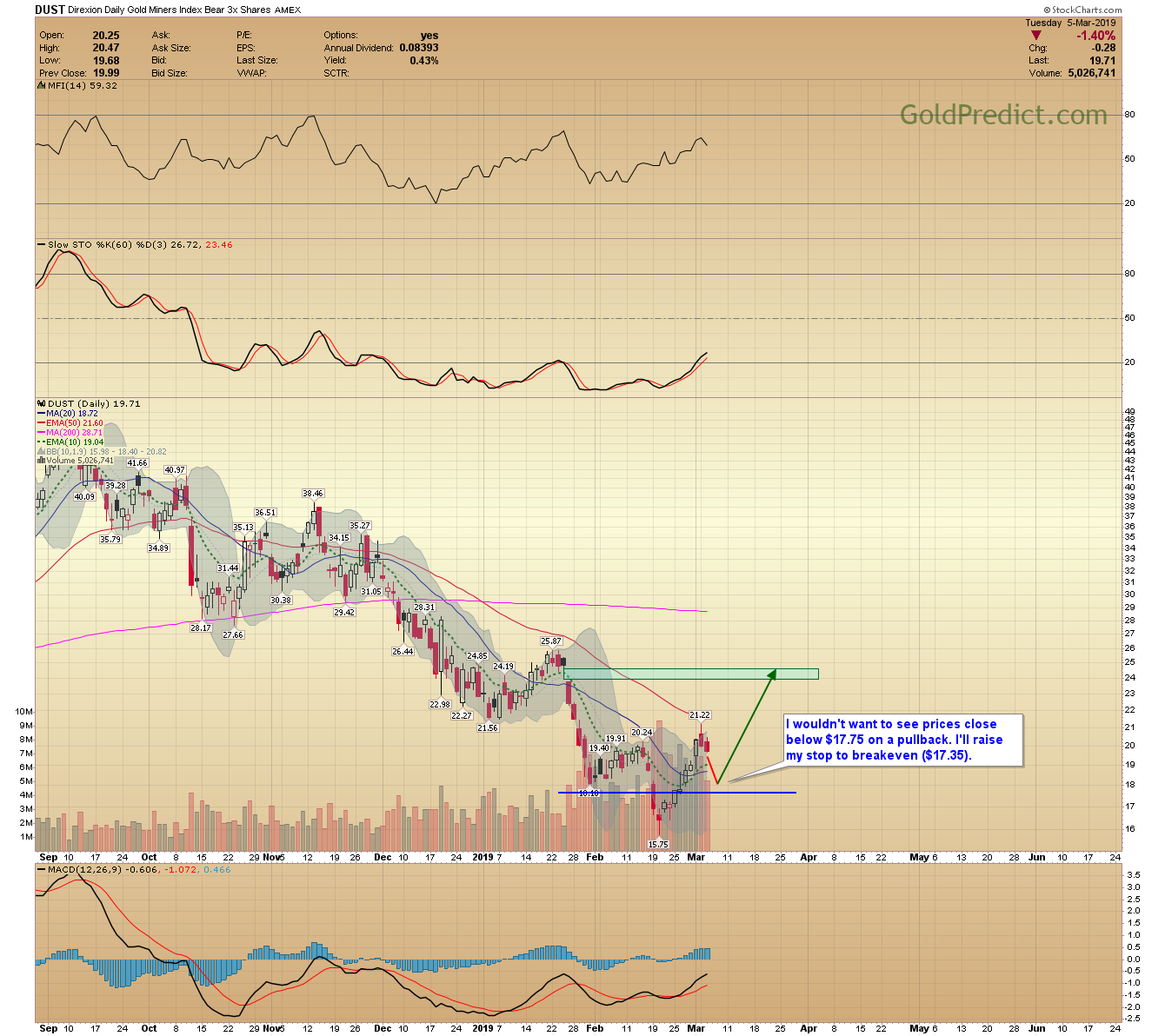 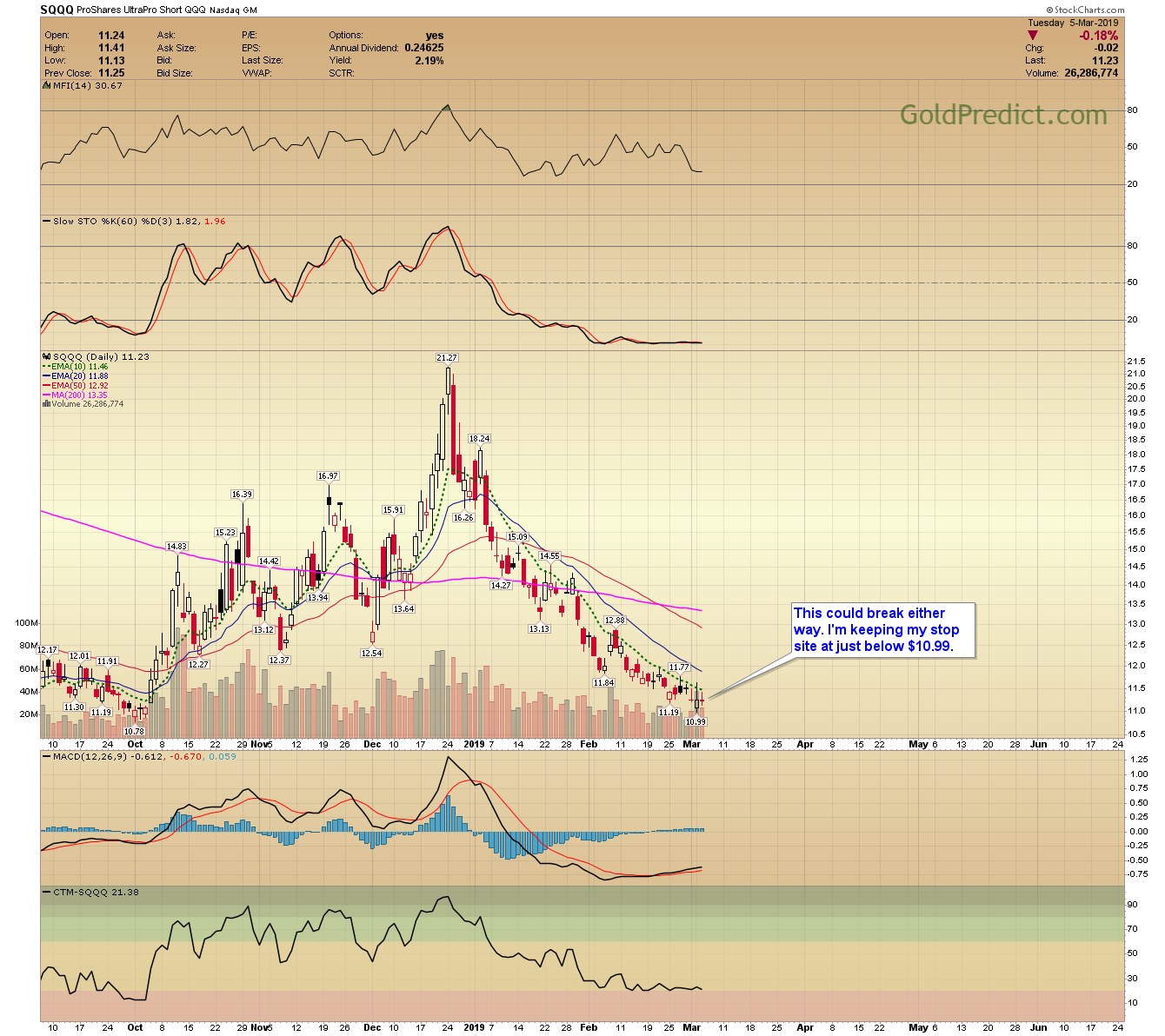 -SPY- Above 284 and we probably go to new highs – below 276 and we pullback to support (S1, S2 & S3). It feels like markets are waiting for word on the Trump China trade agreement. 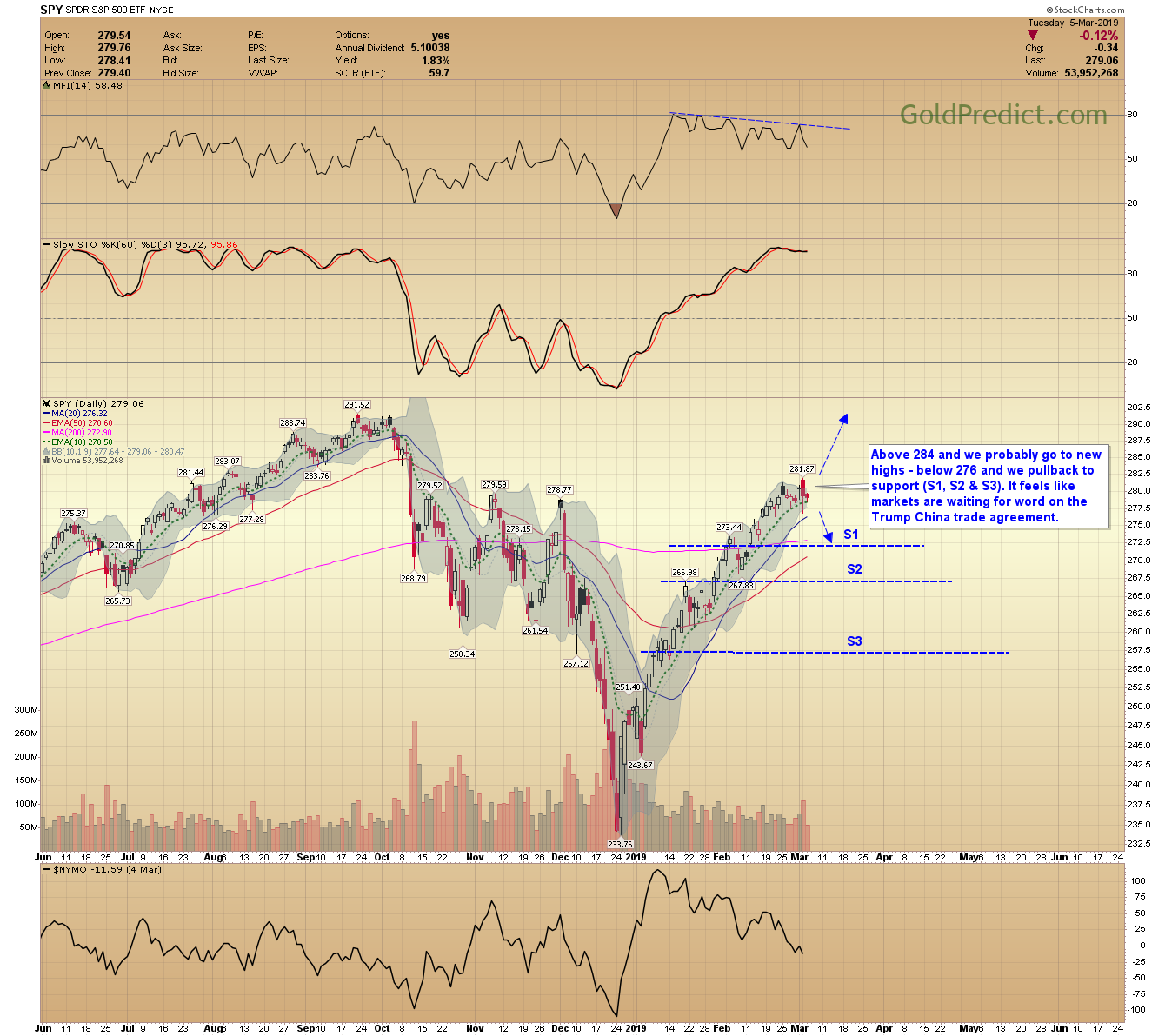 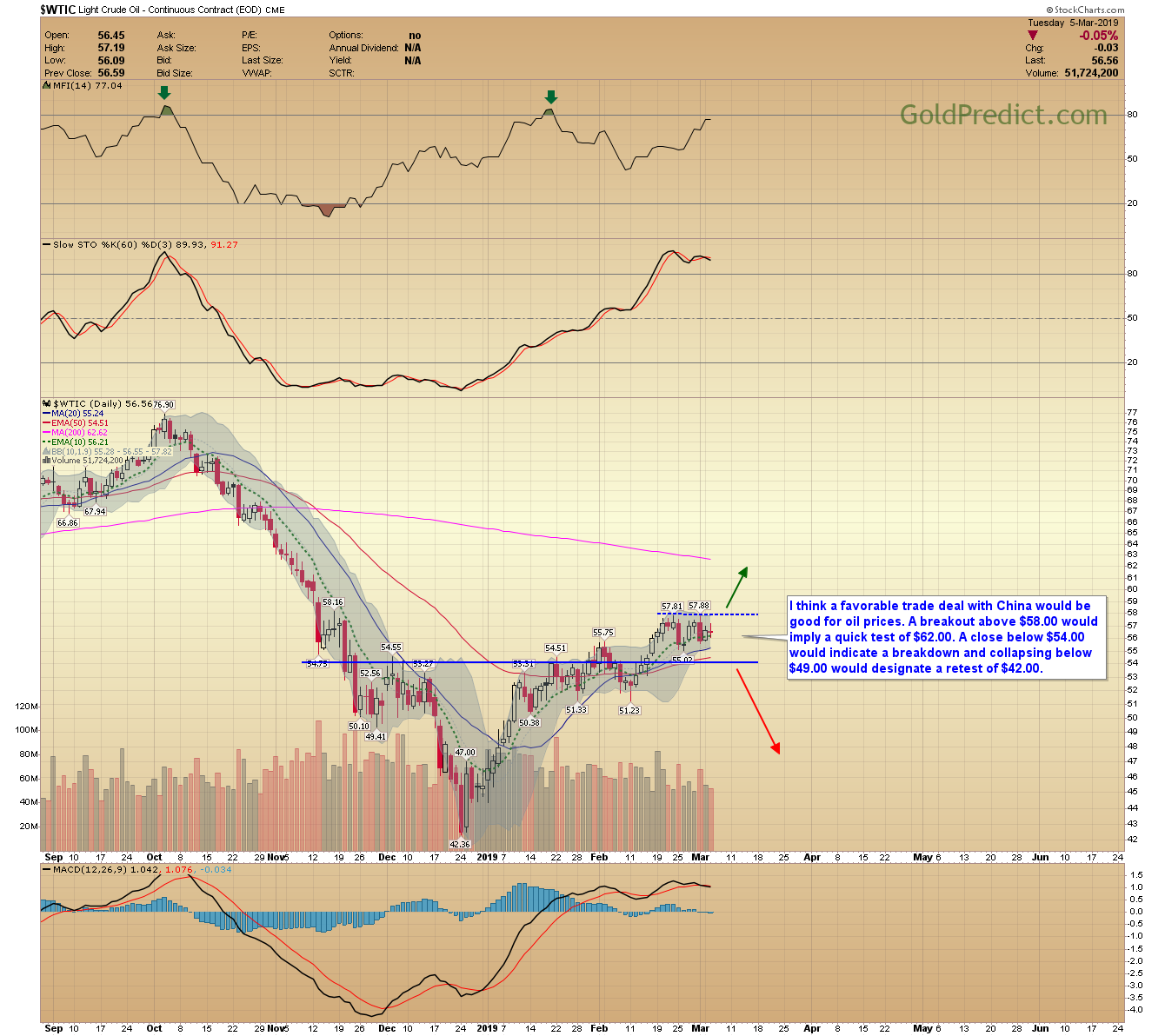 Have a pleasant night.

This article was published Posted on March 5, 2019 in Categories Reports