Friday’s positive employment report took the chances for a 0.50% rate cut off the table at the July 31st Fed meeting. The odds for a .25% cut remain near 100%. The dollar rallied on the jobs report, and gold slipped.

The S&P 500 is nearing significant resistance between 2990 – 3050, where a more meaningful top could develop. The market leaders have been defensive sectors like consumer staples, utilities, and financials. Technology and consumer discretionary stocks are weakening. The worst performing sector is energy.

The weekly copper chart looks vulnerable, and a small bear flag may be forming. A breakdown below the 200-week MA could trigger a selloff. That would have negative implications for other industrial metals like silver and platinum.

The June runup in gold and miners was powerful and may extend given the right circumstances. Spot gold must hold $1385 to maintain this potential.

-US DOLLAR- The dollar jumped on Friday after the better than expected employment report. It looks like prices formed an intermediate low in June. If the dollar continues to rally, that could put pressure on gold. 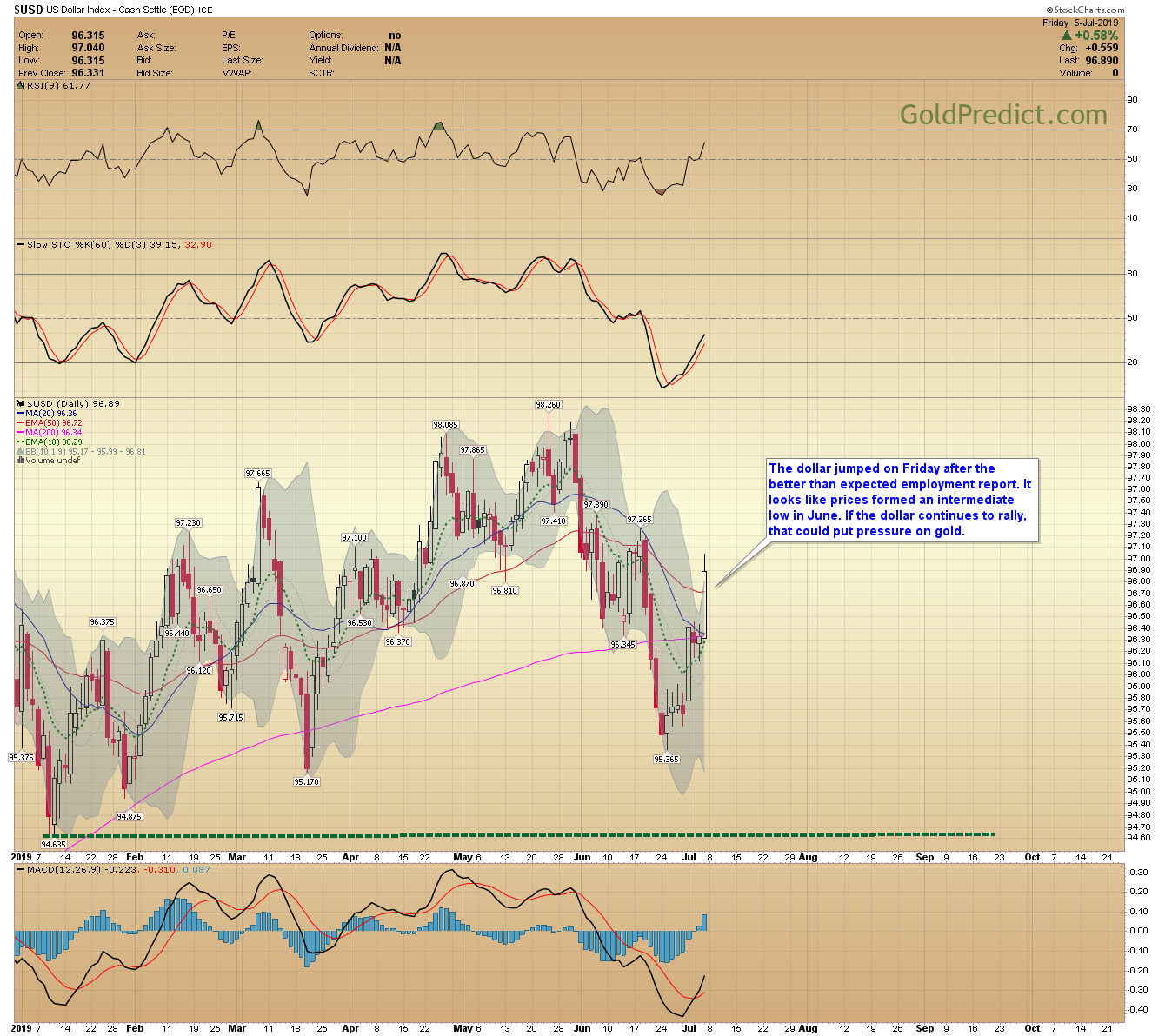 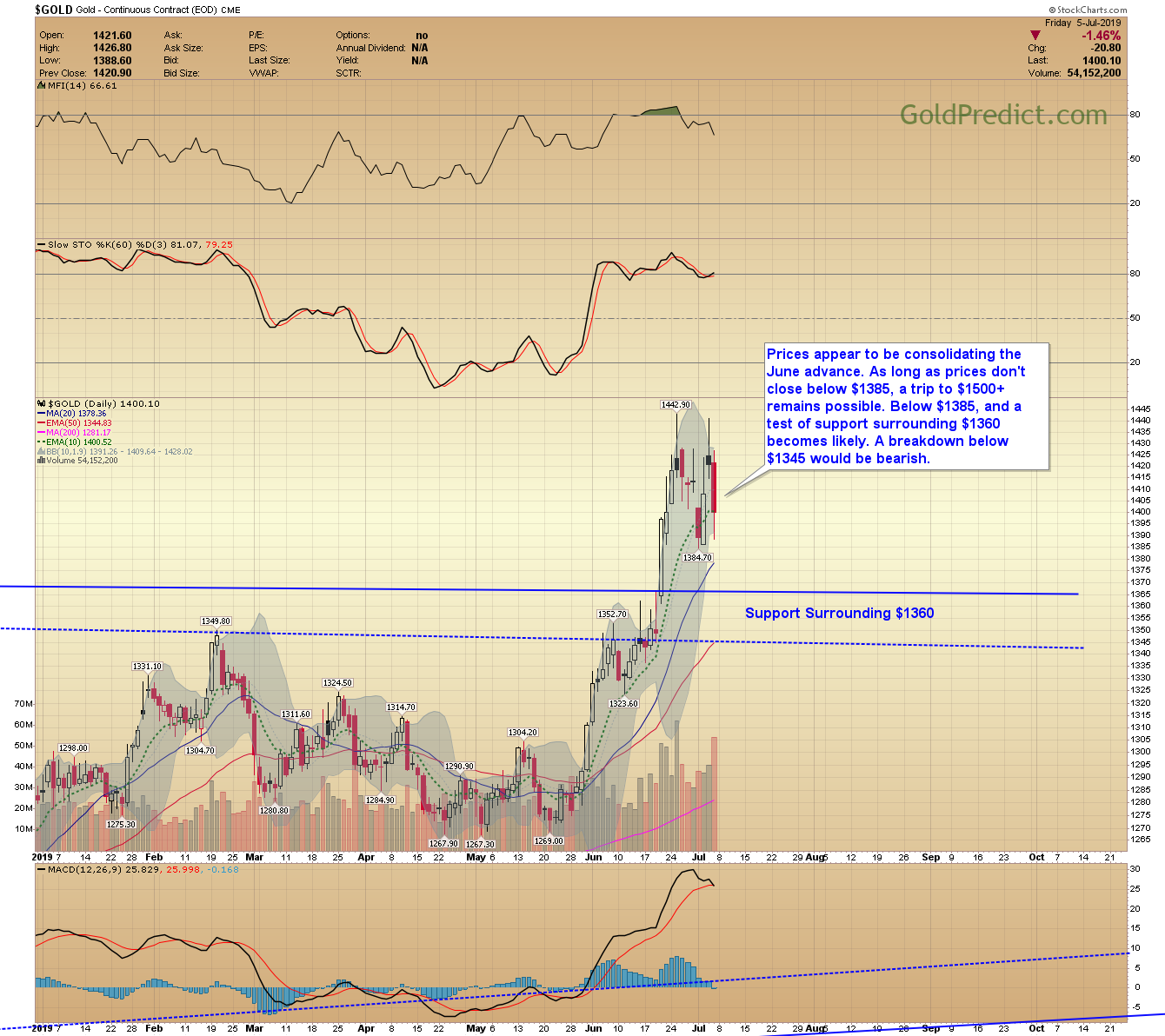 -SILVER- Prices are testing key support near $15.00. I see the potential for additional upside as long as this area holds. Slipping below $14.90 would likely trigger a breakdown. 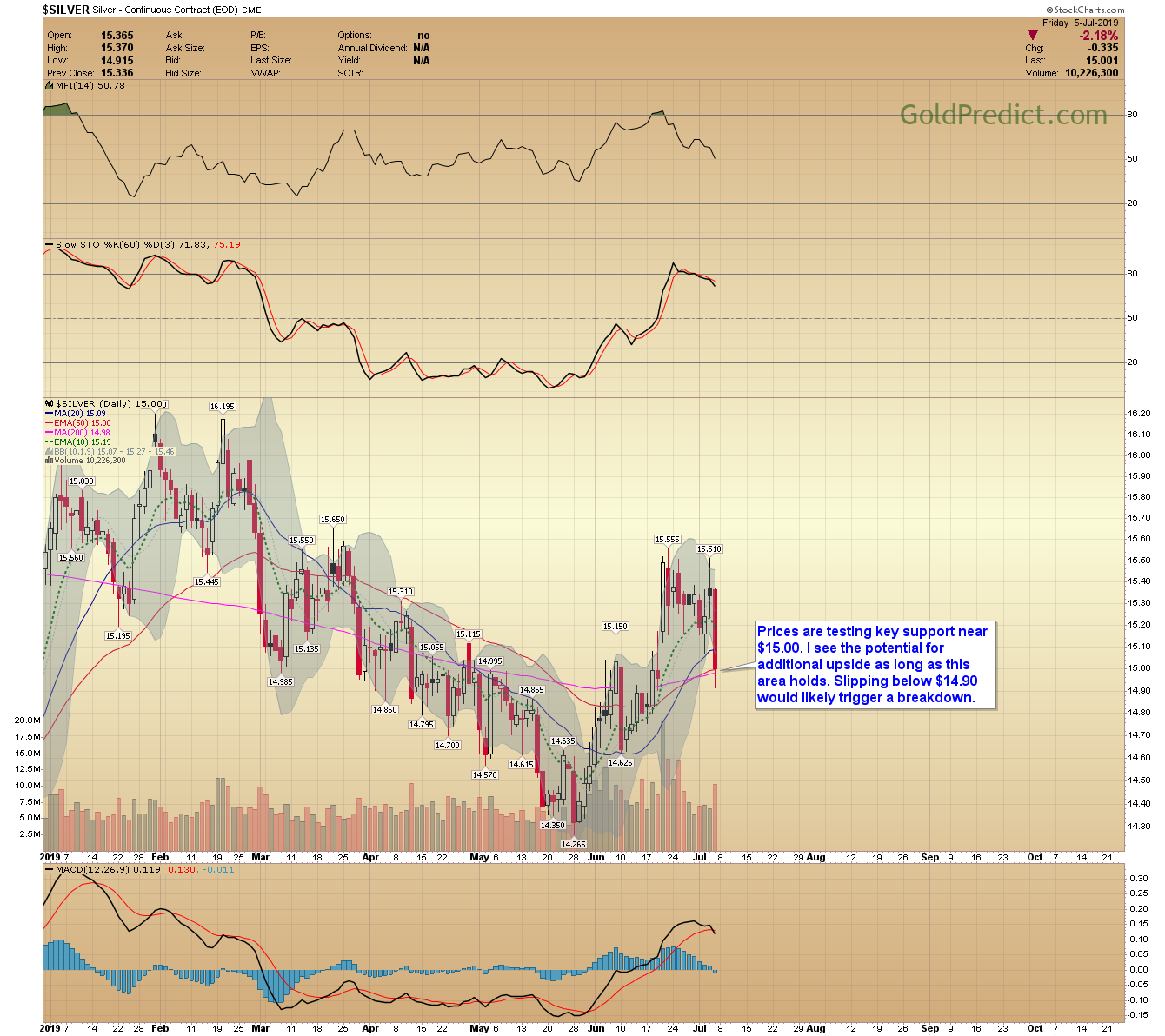 -PLATINUM LONG-TERM STRATEGY- Platinum has been building a floor around $750 for several years. If that level fails, the next line of support arrives between $600 – $640. Prices could drop a bit further or continue to base, either way, I’m content. To me, buying platinum at these levels is like buying gold at $800. My long-term strategy is to accumulate platinum expecting an eventual mean reversion in the Gold to Platinum ratio. Once platinum is back to parity or better with gold, I’ll trade my platinum coins in for gold coins. I prefer 1-ounce US platinum eagles as they are not IRS 1099-B reportable. 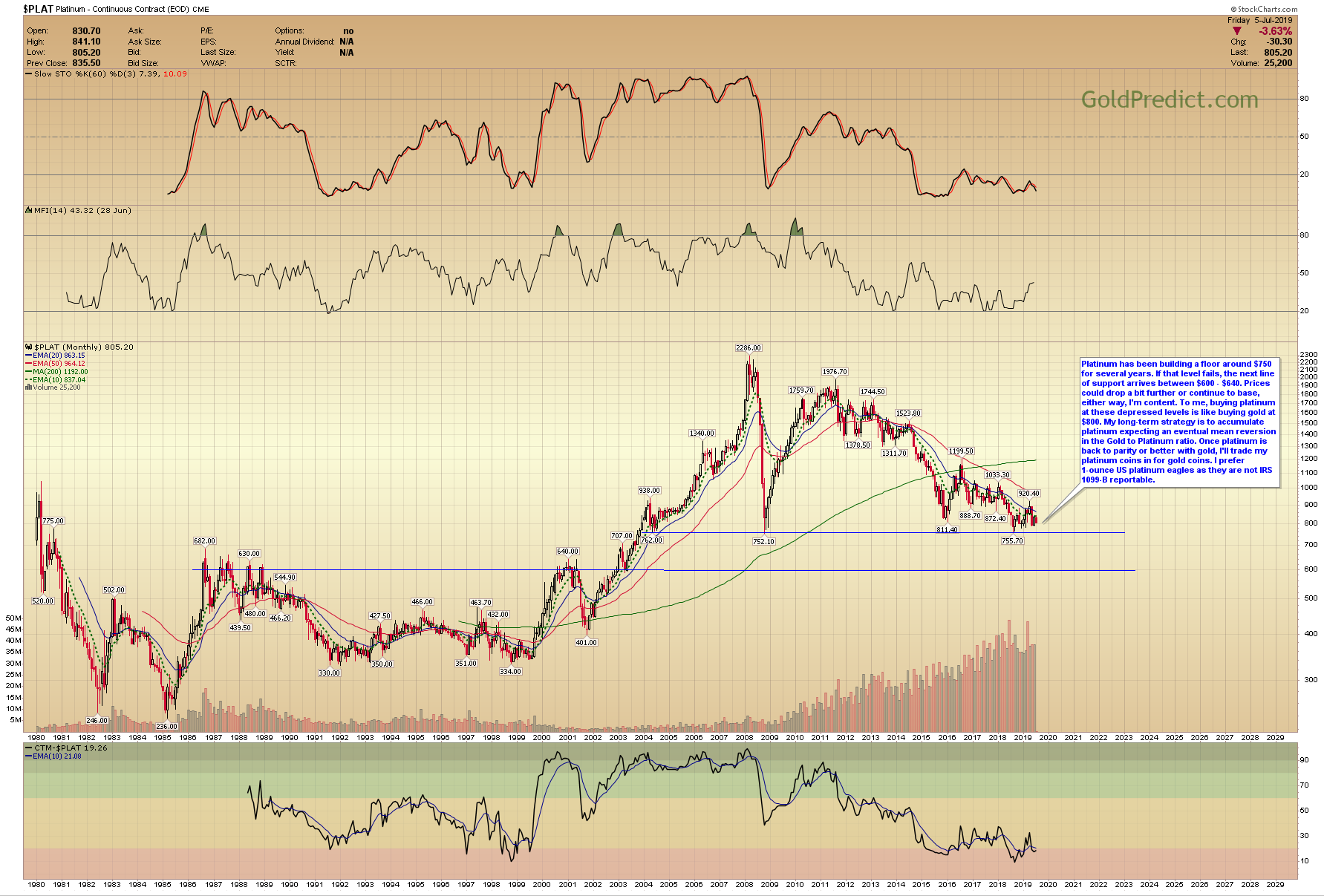 -COPPER WEEKLY- I see a potential bear flag forming in the weekly copper chart. Prices have tested the 200-week MA several times over the last year. A breakdown here would likely trigger a decline to 2.30. 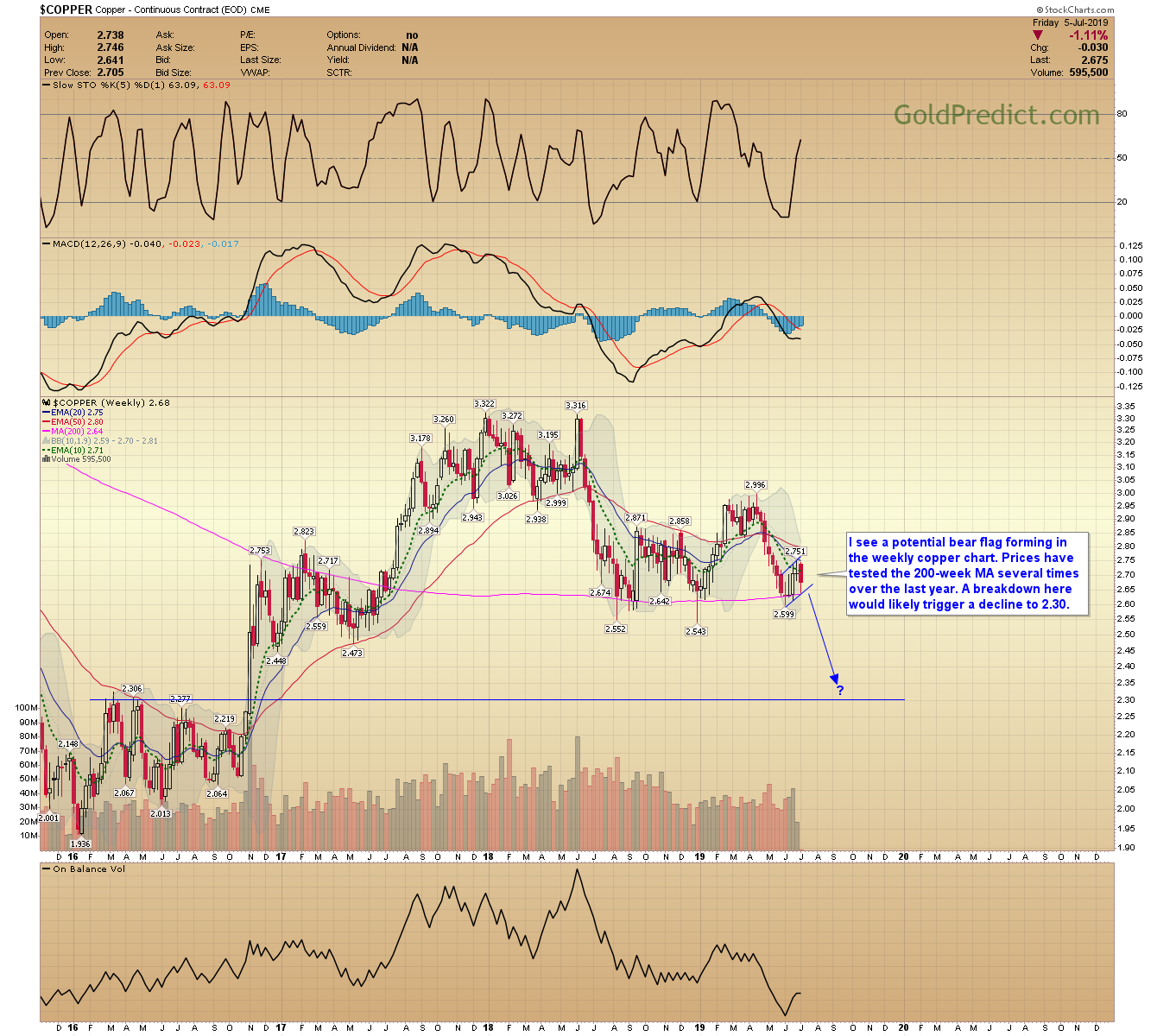 -GDX- The structure in miners is beginning to resemble a bull flag. If gold maintains $1385, an extension to $29.00+ remains possible. Miners would have to close below $24.50 and then $24.00 to prescribe a breakdown. A daily close above $26.25 would establish a bull flag breakout. 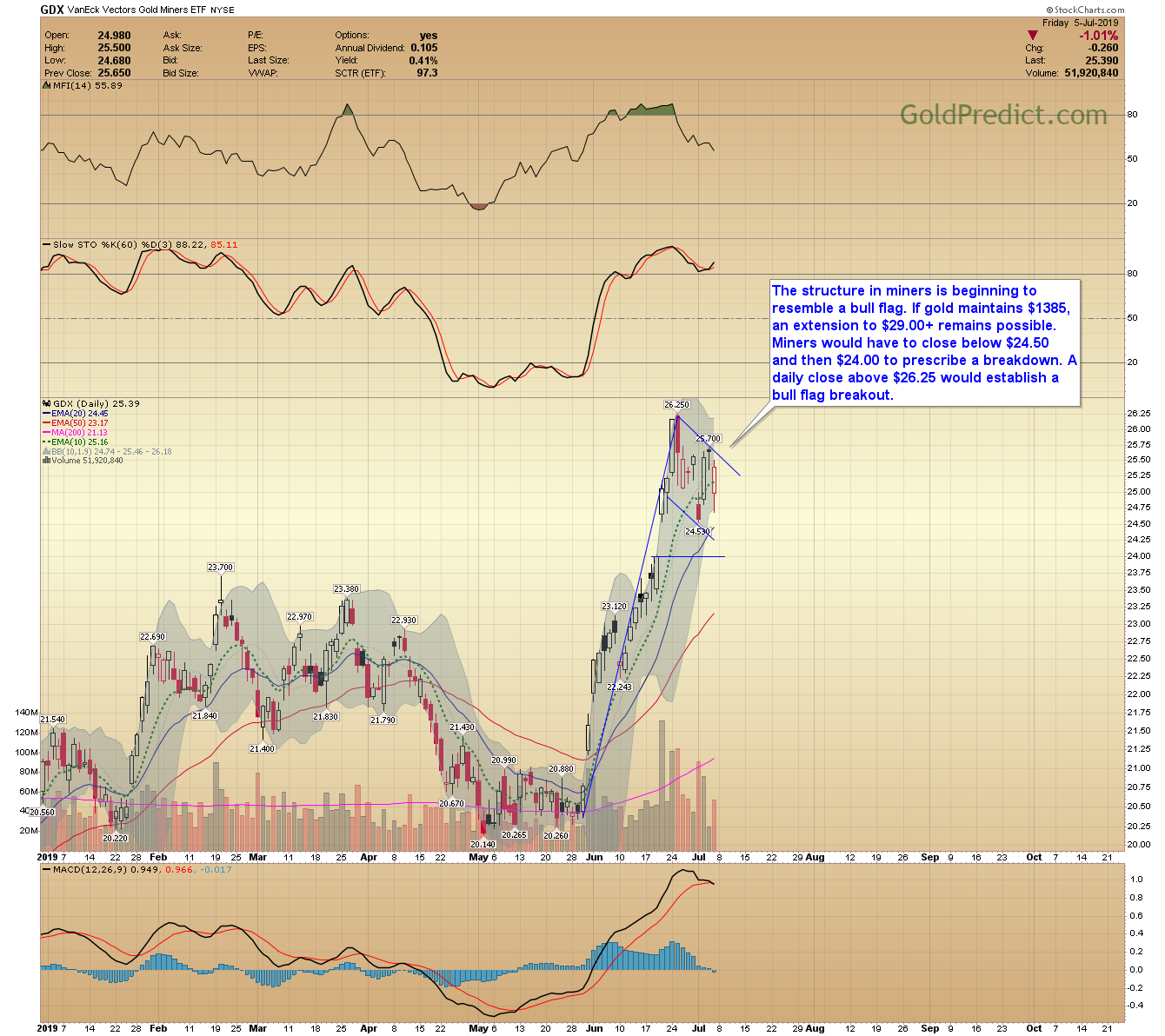 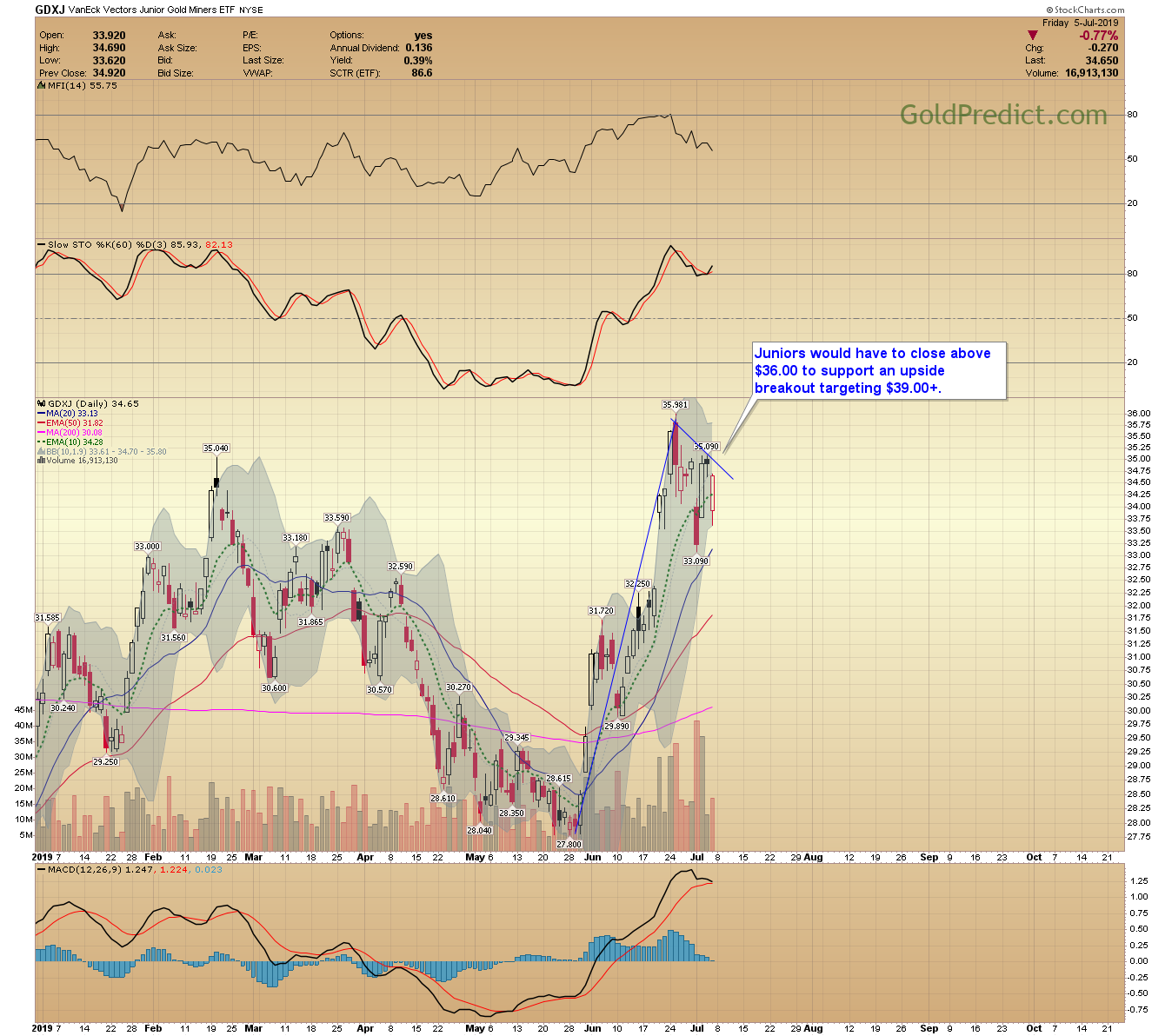 -S&P 500 WEEKLY- Stocks are approaching the upper boundary of a potential broadening wedge or megaphone topping formation. It would take a sustained advance above 3050 to invalidate the pattern and recommend higher prices. 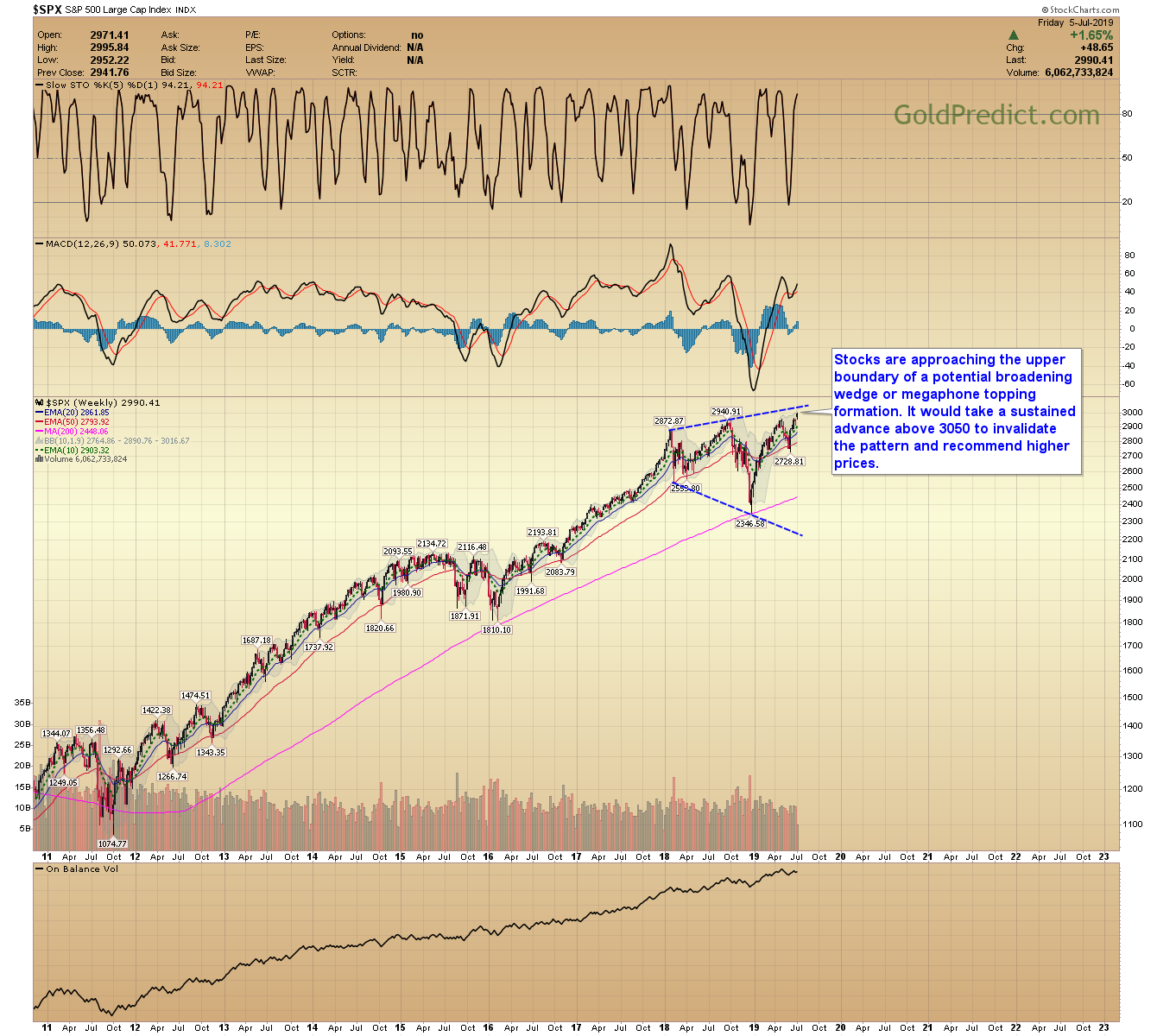 -WTIC- Oil is pulling back after testing the short-term trendline. Progressive closes above $60.00 would recommend a breakout. Support resides between $54.00 – $55.00. 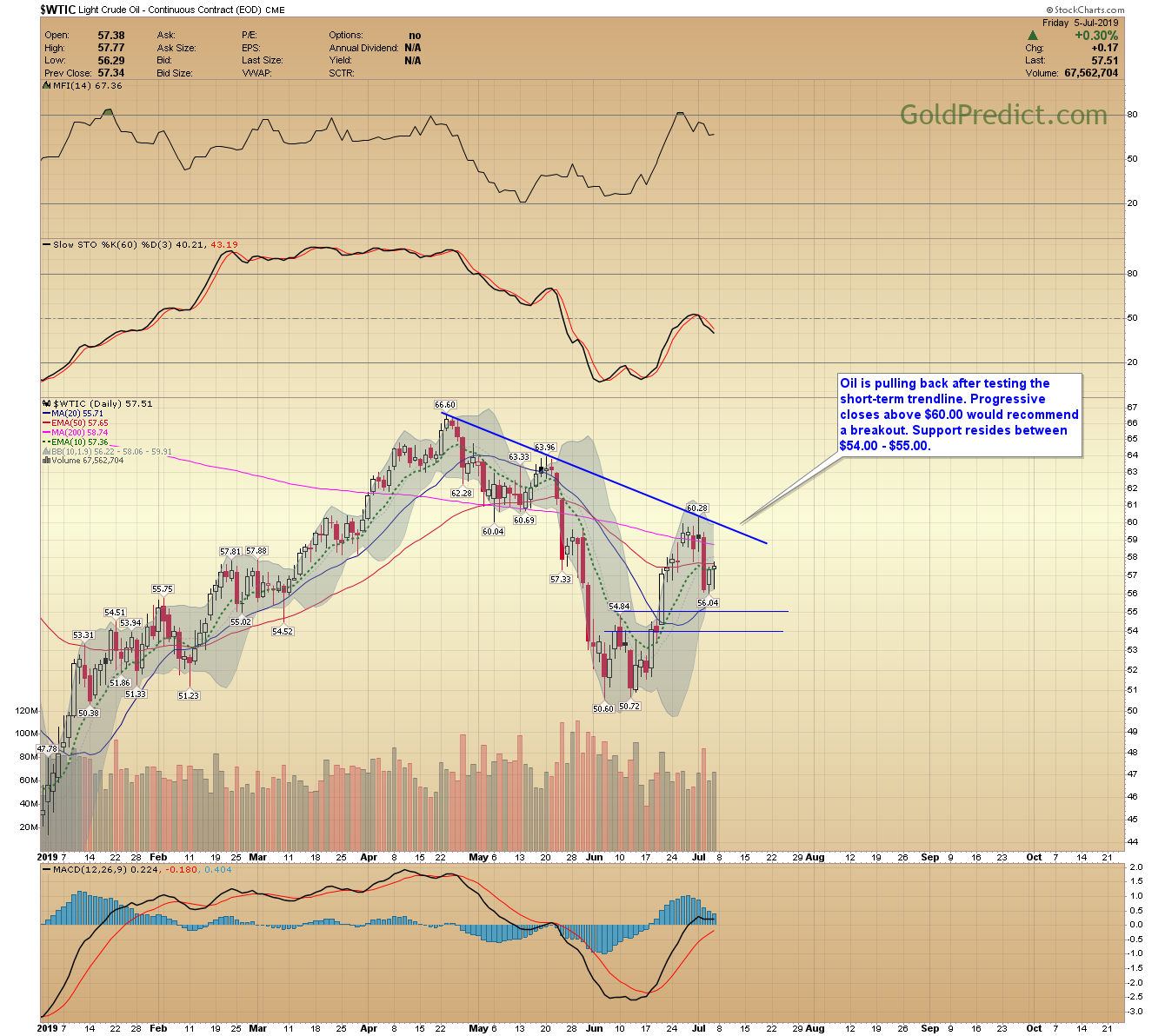 Hope you’re having a safe and pleasant weekend.

This article was published Posted on July 7, 2019 in Categories Free Updates, Weekend Newsletters