Gold broke free from the triangle consolidation, and silver exceeded the January/February double top. There’s little doubting a new bull market in gold. To establish a bull market in silver, I’d like to see prices exceed the 2018 high ($17.70).

Miners responded positively, and each is near or exceeded their June measuring gap targets.

I see the potential for a buy the rumor and sell the news scenario in gold. There is multi-year resistance in gold between $1525 – $1550. If the current rally extends to $1500+ by the July 31st Fed meeting, then I suspect we will see a top in metals and miners at that time.

I see the building blocks for a momentum move in silver if prices maintain $16.00 over the next few trading days.

-GOLD LONG-TERM CHART- Gold confirmed a multi-year breakout, and prices could extend to $1525 – $1550 by the July 31st Fed meeting. One scenario I’m considering is a “buy the rumor and sell the news” situation. Meaning, if gold reaches $1500+ in the next 2-weeks, then the odds will favor an immediate top, and perhaps a sharp pullback. If it plays out, then initial support will come in around $1400, but I see the potential for a sudden and swift backtest of the breakout area surrounding $1350 – $1375. And that would be STRONG BUY (if it occurs).

-SILVER- Prices exceeded the January/February double top, and we have the building blocks for a powerful momentum move…if prices remain above $16.00. Slipping back below $16.00 would be negative, and I’d take profits on USLV. 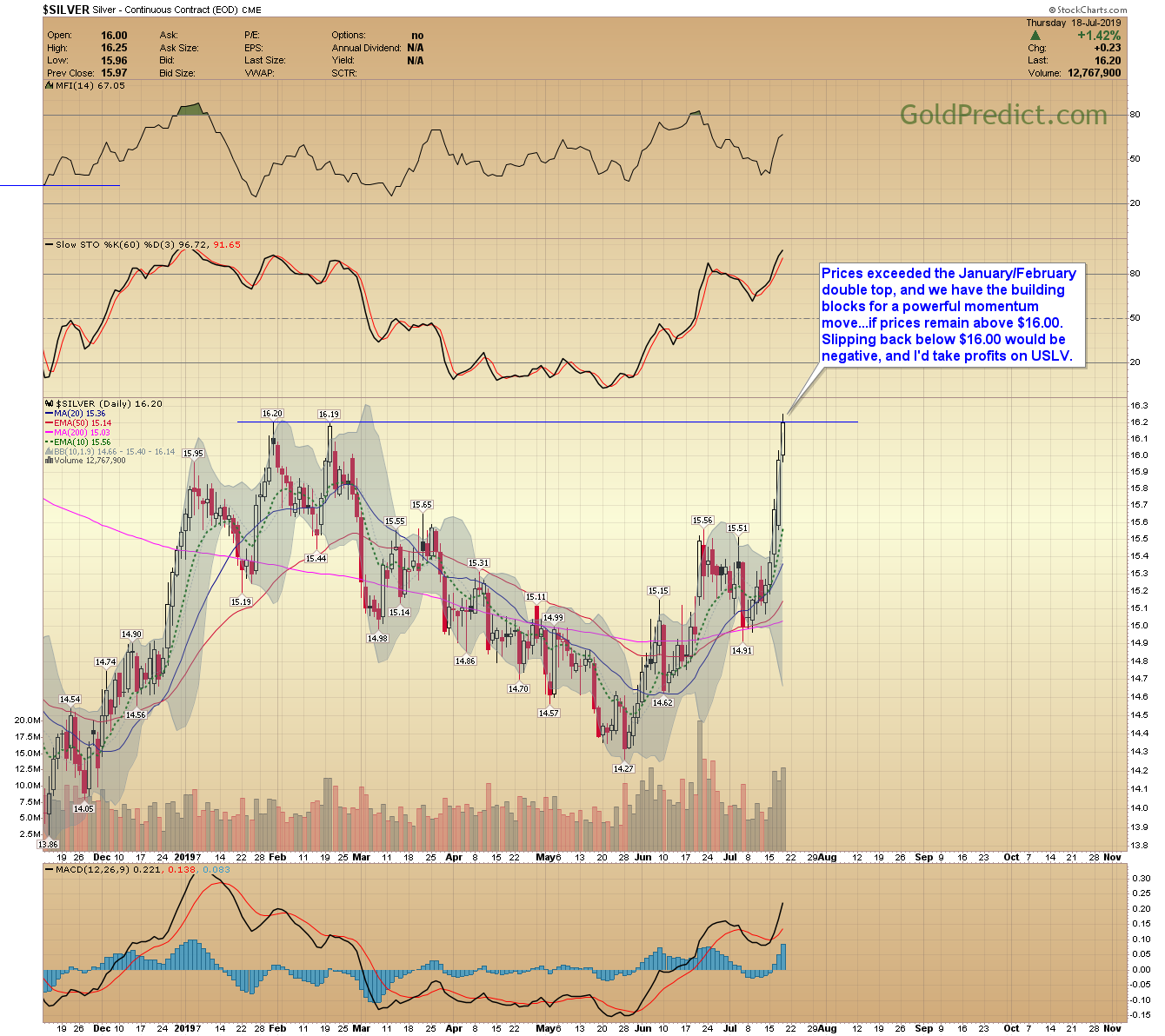 -GDXJ- Juniors exploded higher with the help of silver and prices already exceeded the $39.00+ measuring gap target. If silver continues to gain momentum, GDXJ could rally another $10.00 before the next significant pullback.

-SPY- Stocks remain in the danger zone where a significant-top could form. It would take a post-Fed rally above 305 to establish a breakout and more upside. A sharp decline that breaks below 270 would indicate a potential bull market top. 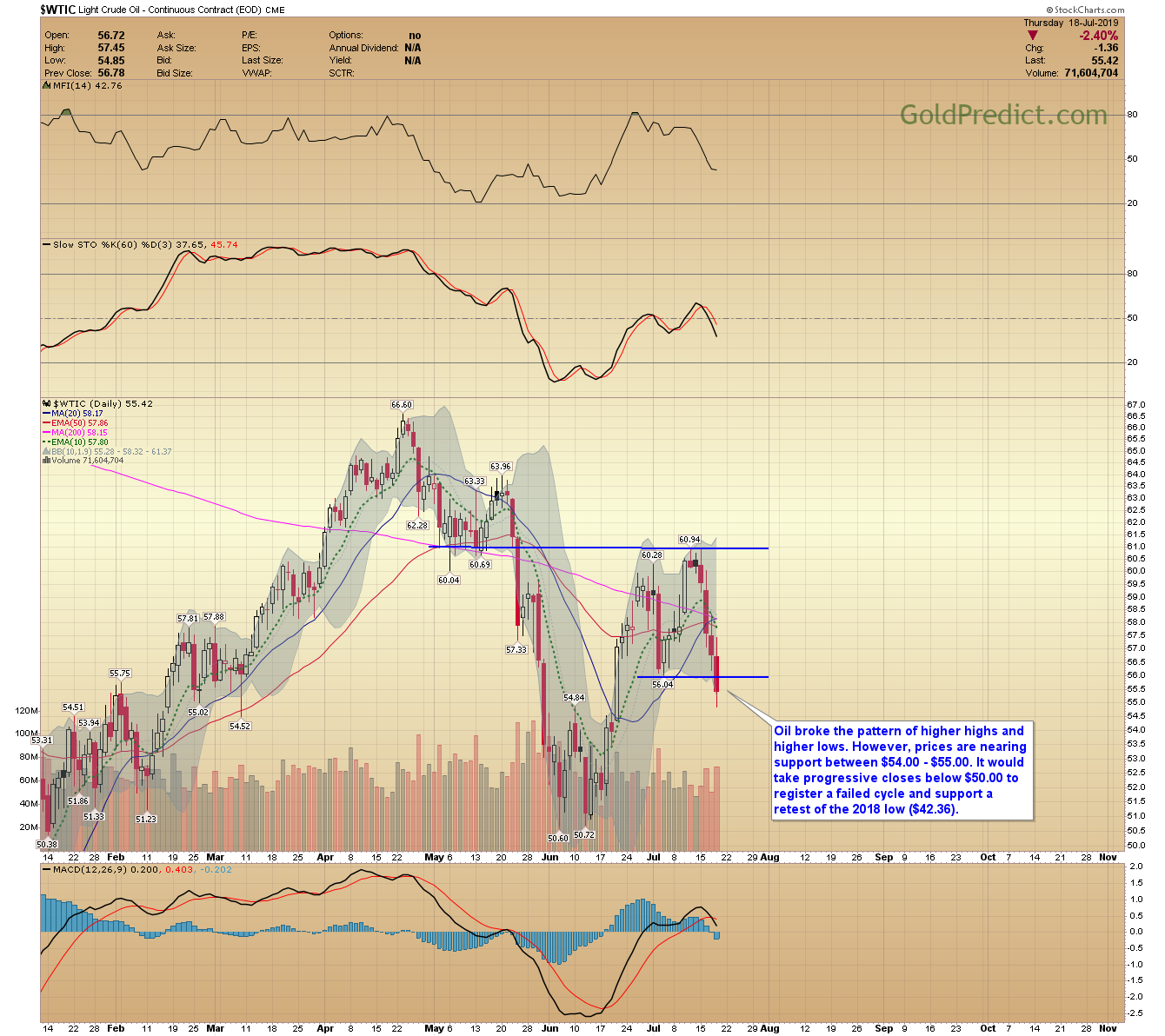 After years of malaise, we finally see signs of life from precious metals. Silver and platinum are still very undervalued. Even though it doesn’t feel like it, there will be pullbacks – sometimes sharp. I believe this is the beginning of a multi-year uptrend and corrections back to the 200-day MA should be considered an accumulation point.

This article was published Posted on July 18, 2019 in Categories Free Updates, Reports