The June breakout above $1370 signaled a new bull market in gold. The initial surge took gold to $1442.90 before prices entered a running consolidation. A “running consolidation” has an upward bias due to enthusiastic buying versus a traditional downward sloping correction. Monday’s close above $1470 registered a short-term breakout, and this wave higher should test $1500 – $1525. From there, I suspect we will see a more profound multi-week correction. 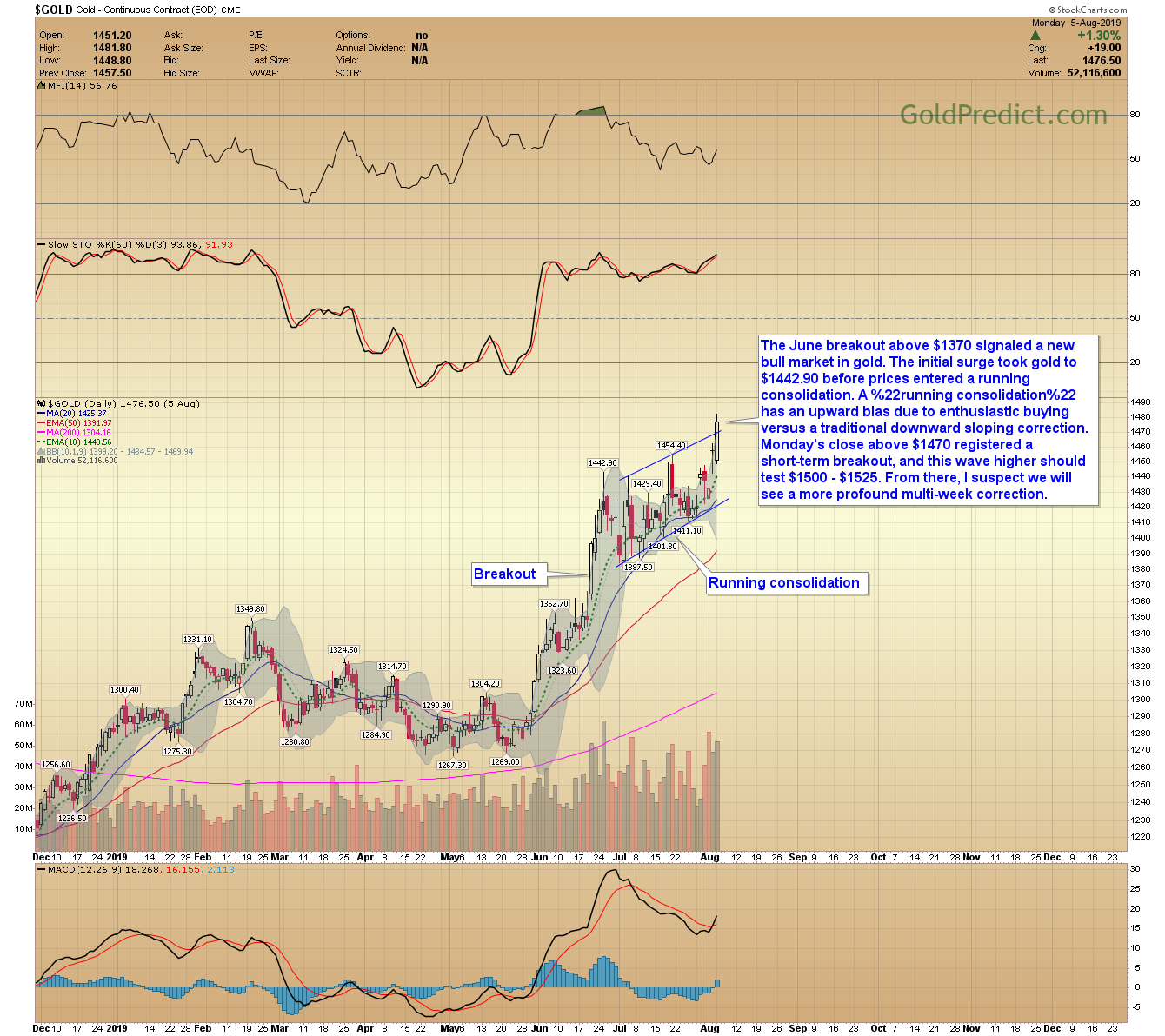 The monthly chart shows stiff resistance surrounding the 2013 break down near $1525. That area (give or take $25.00) should keep a lid on this advance and trigger the next correction. A correction from $1525 could be sharp, the commercials have built a rather large short position. Any pullback would be a buying opportunity, in our opinion, as we believe the bull market is just getting started. Note, the record volume confirming June’s breakout. 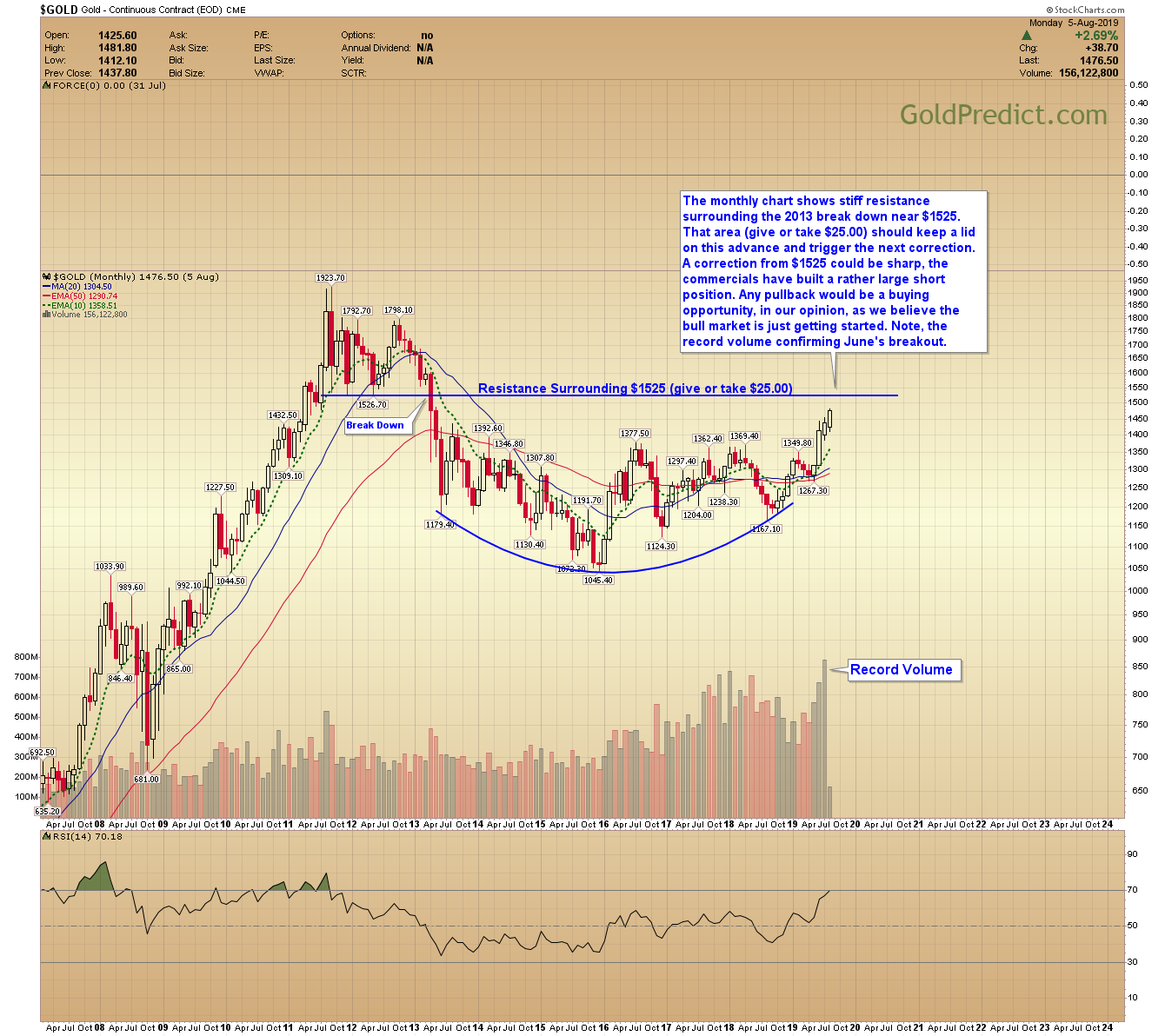 This article was published Posted on August 6, 2019 in Categories Free Updates, Updates