Gold probed the upper limit of the resistance band between $1525 – $1550 reaching $1546.10 this morning before falling apart. Futures collapsed to $1488.90 by 10 AM and prices are bouncing. Yesterday’s breakout above $1525, followed by today’s dynamic reversal supports an interim top.

Silver reached $17.49 before collapsing to $16.51 intraday. The short-term breakout above last week’s high ($17.26) was short-lived, and an interim top is supported.

-GDX- Miners closed lower on Monday as gold rallied above last week’s $1522 high. That non-confirmation delivered a timely warning. The MACD has diverged negatively supporting an aging trend. A cycle high is plausible; closing below $28.00 would establish a top. 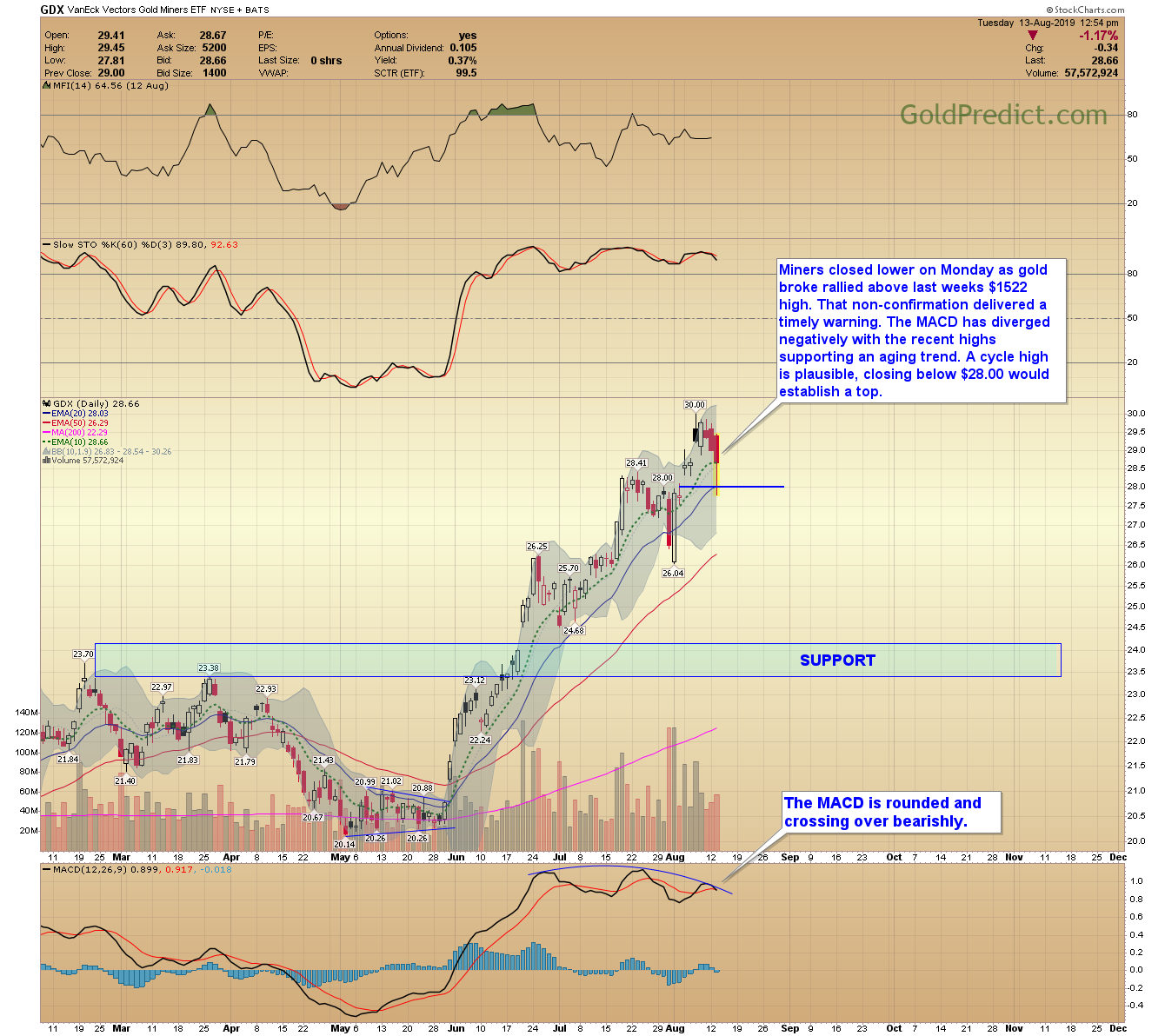 Gold had a nice run off the May low, but prices were unlikely to make it through resistance surround $1525 – $1550 on the first try. A multi-week correction should offer favorable buying opportunities.

This article was published Posted on August 13, 2019 in Categories Free Updates, Updates