At the beginning of a bull market silver commonly lags gold prices – that’s nothing new. The lag lasts about a year before silver goes on an epic run to catch its big brother. The breakout in gold above $1400 started the countdown to an explosive move in silver that could begin later this year. 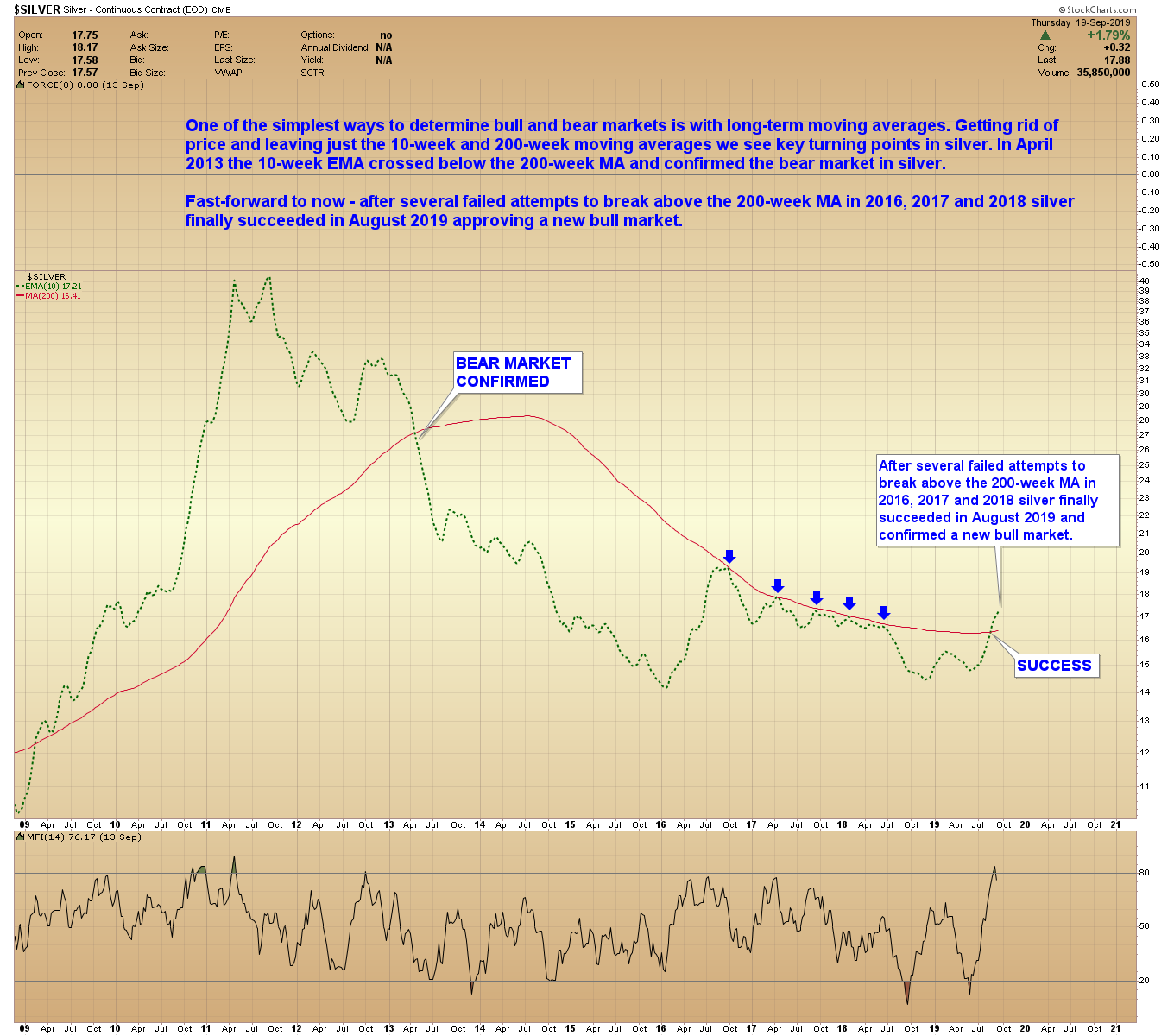 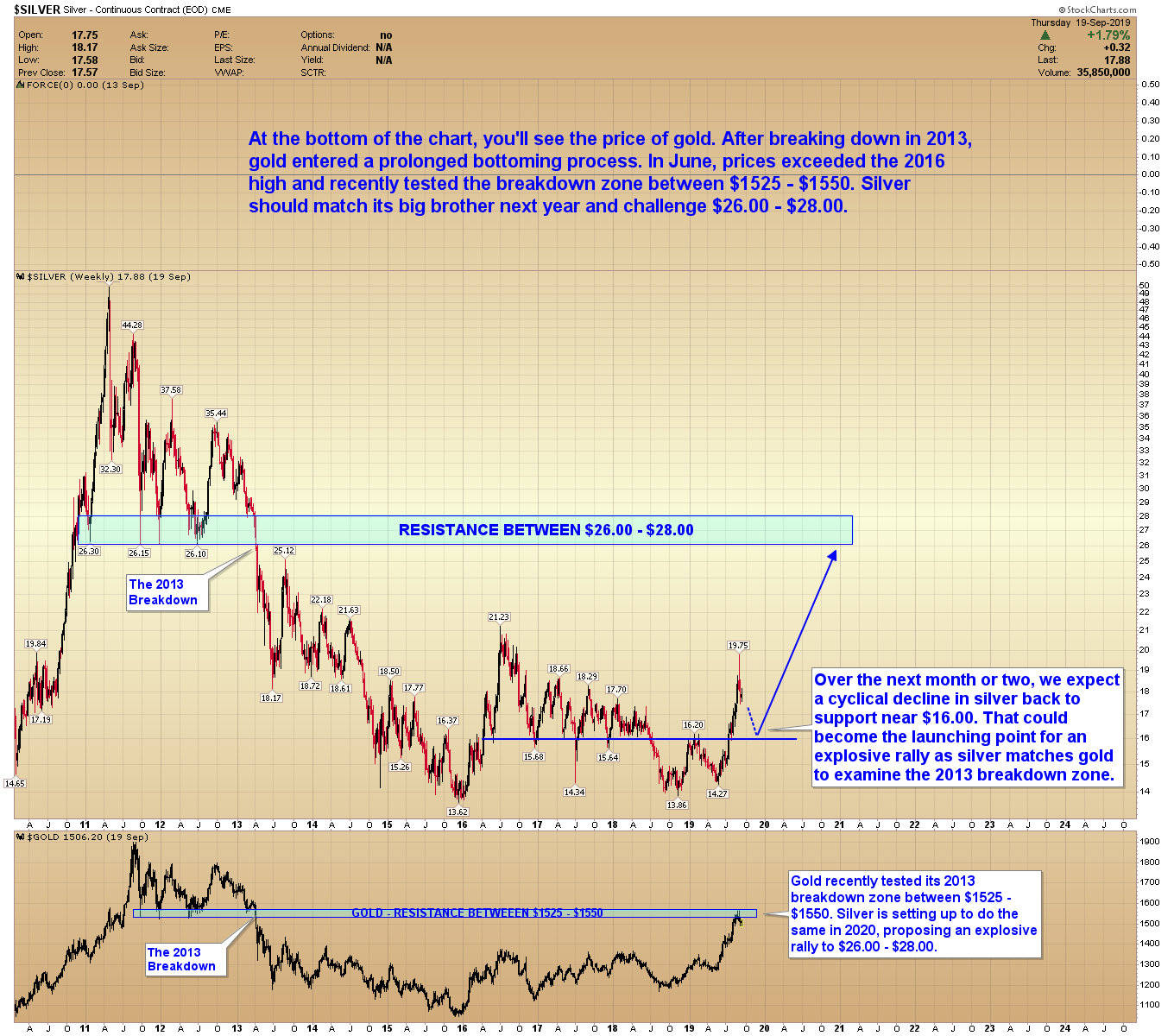 NEAR-TERM OUTLOOK: Over the next month or two, we expect a cyclical decline in silver back to support near $16.00. That could become the launching point for an explosive rally as silver matches gold to examine the 2013 breakdown zone.

Though silver remains below the $21.23 high set in 2016, its plight is likely temporary. With governments pushing negative interest rates globally, it’s likely just a matter of time before investors wake up and choose hard assets over pathetic paper promises.

This article was published Posted on September 20, 2019 in Categories Free Updates