The dollar is breaking lower from the bear flag, and prices are approaching the lower support boundary. A bottom in the dollar could help send gold lower.

Gold often changes trend at the beginning of a month. Tomorrow’s employment report could be such a trigger. The median forecast for October is 75,000 jobs.

-US DOLLAR- The bear flag in the dollar lasted a bit longer than I expected, but it looks like prices are breaking lower. A couple more down days, and we could get a bottom near the lower trend channel. 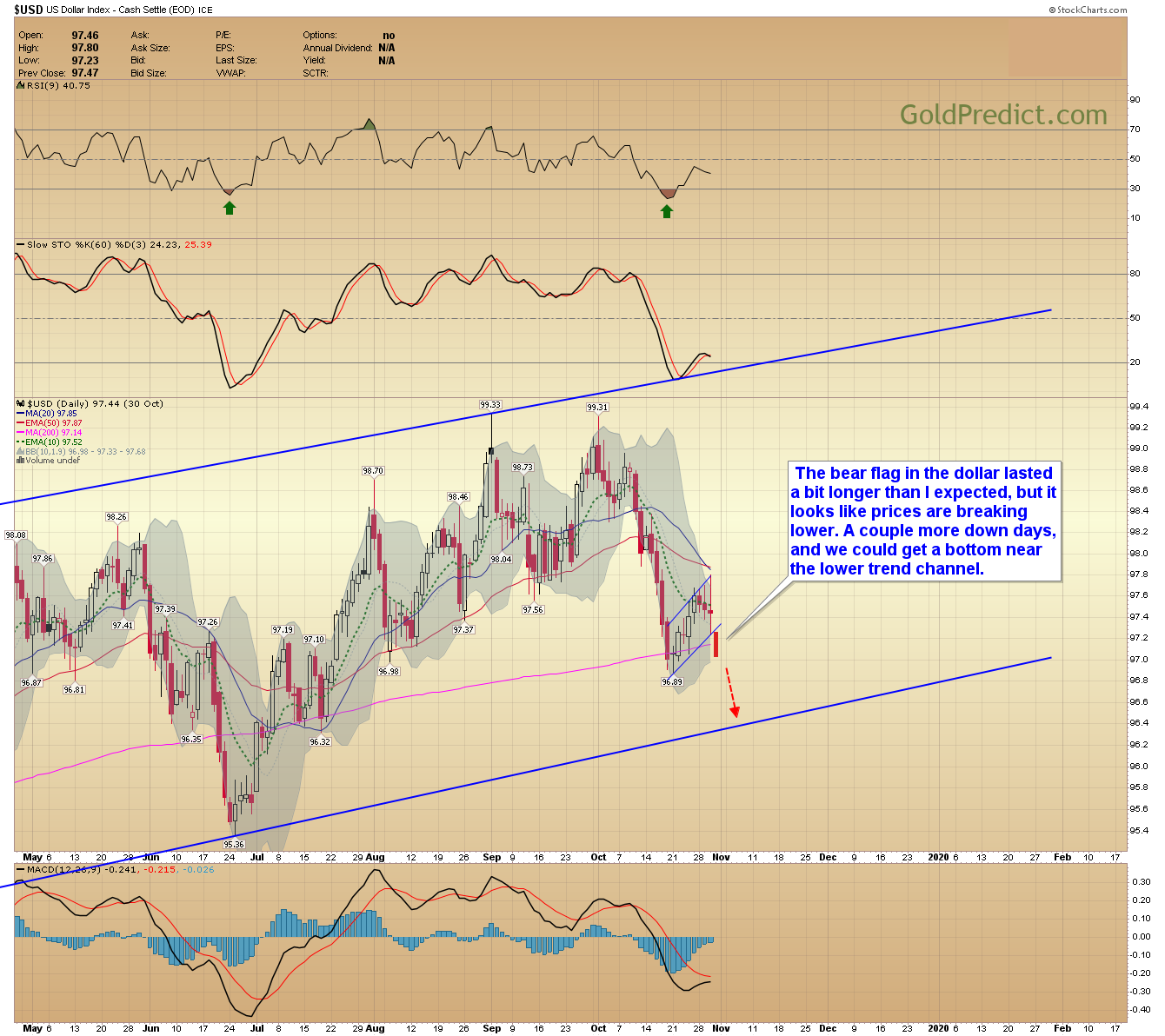 -GOLD- According to my cycle work, gold needs to break the October $1465 low to complete the intermediate degree correction that began in September. At least – that’s what should happen. As it stands, gold has gone virtually nowhere in October. After 22-trading days, gold is yet to exceed the October 3rd $1525.80 high.

So what’s next? There is still a decent chance prices will rollover and break the $1465 low, but those odds diminish each day gold remains above $1500.

I’ve noticed gold likes to change trend in the opening days of a new month.

The next potential turning point could arrive tomorrow, November 1st, or early next week. If gold doesn’t turn lower by the end of next week, I’ll have to contemplate an extended cycle. 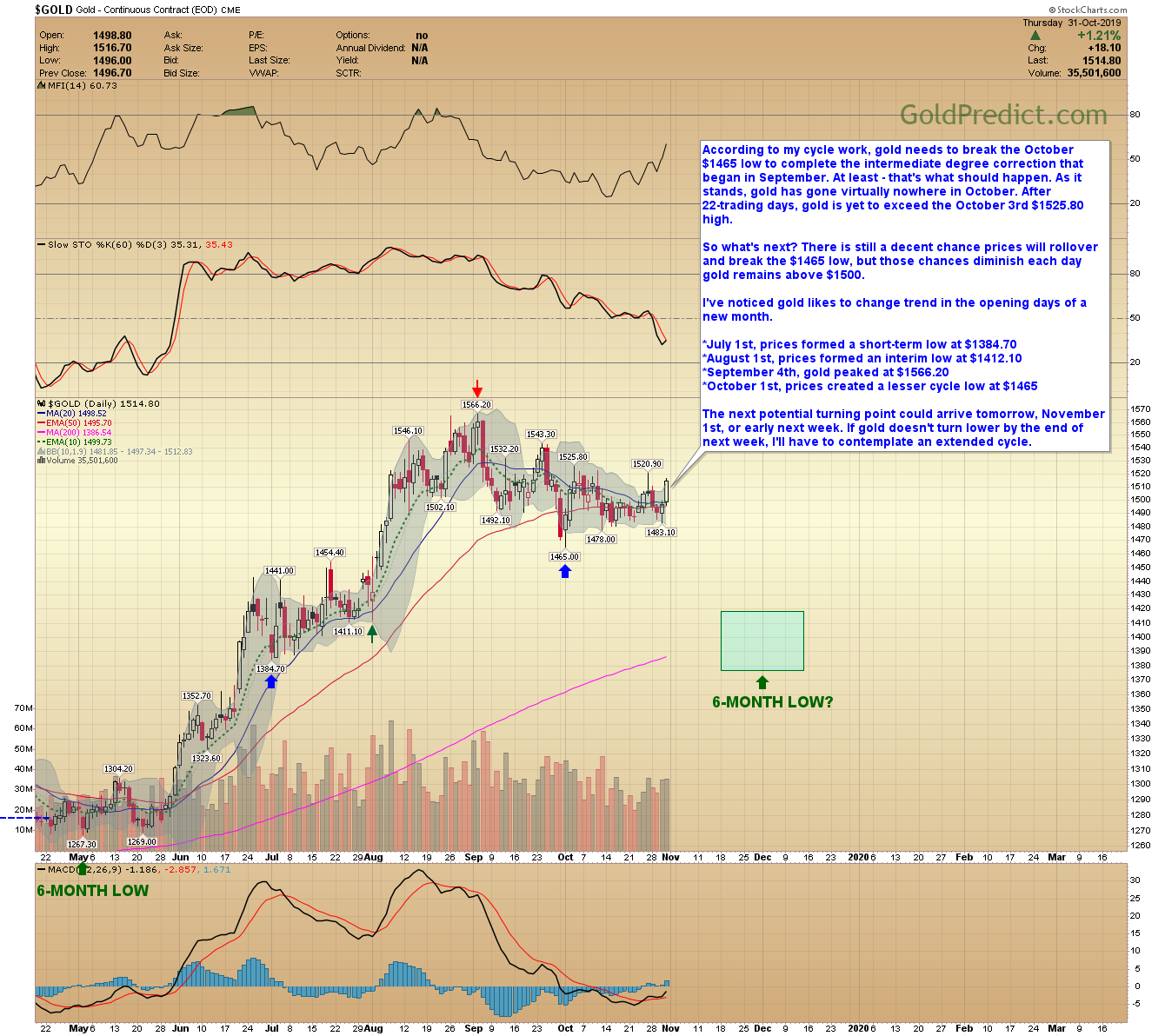 -SILVER- Prices closed above $18.00 for the first time in October. After 22-trading days, the cycle has mostly consolidated. I still like the potential for a breakdown below the lower boundary and a test of the 200-day MA near $16.00. 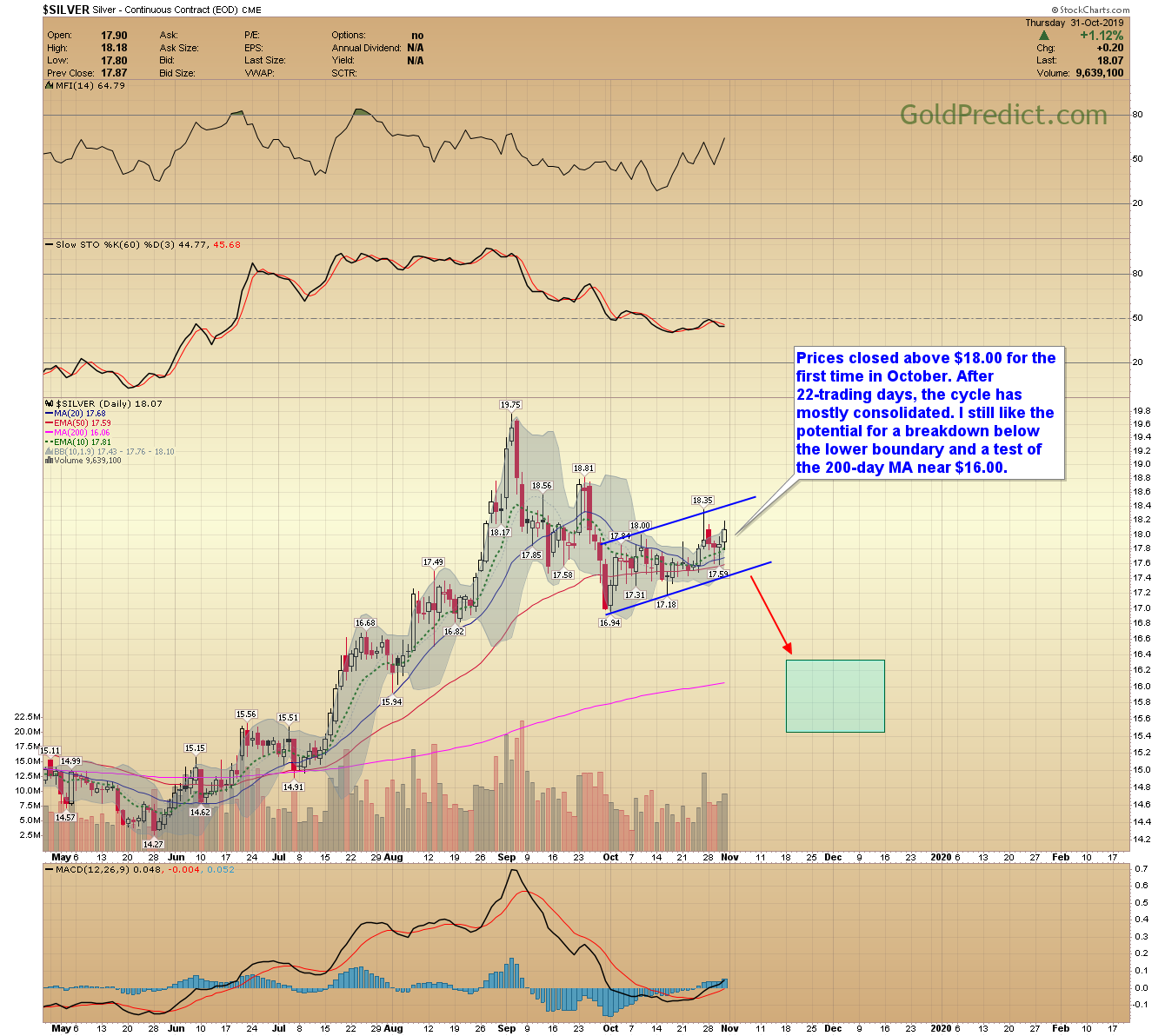 -GDX- Miners could challenge the top of the October range early tomorrow. The chart looks and feels like prices want to go higher, but I can’t get in the bullish camp with an incomplete cycle in gold. Tomorrow could make for an exciting trading day. 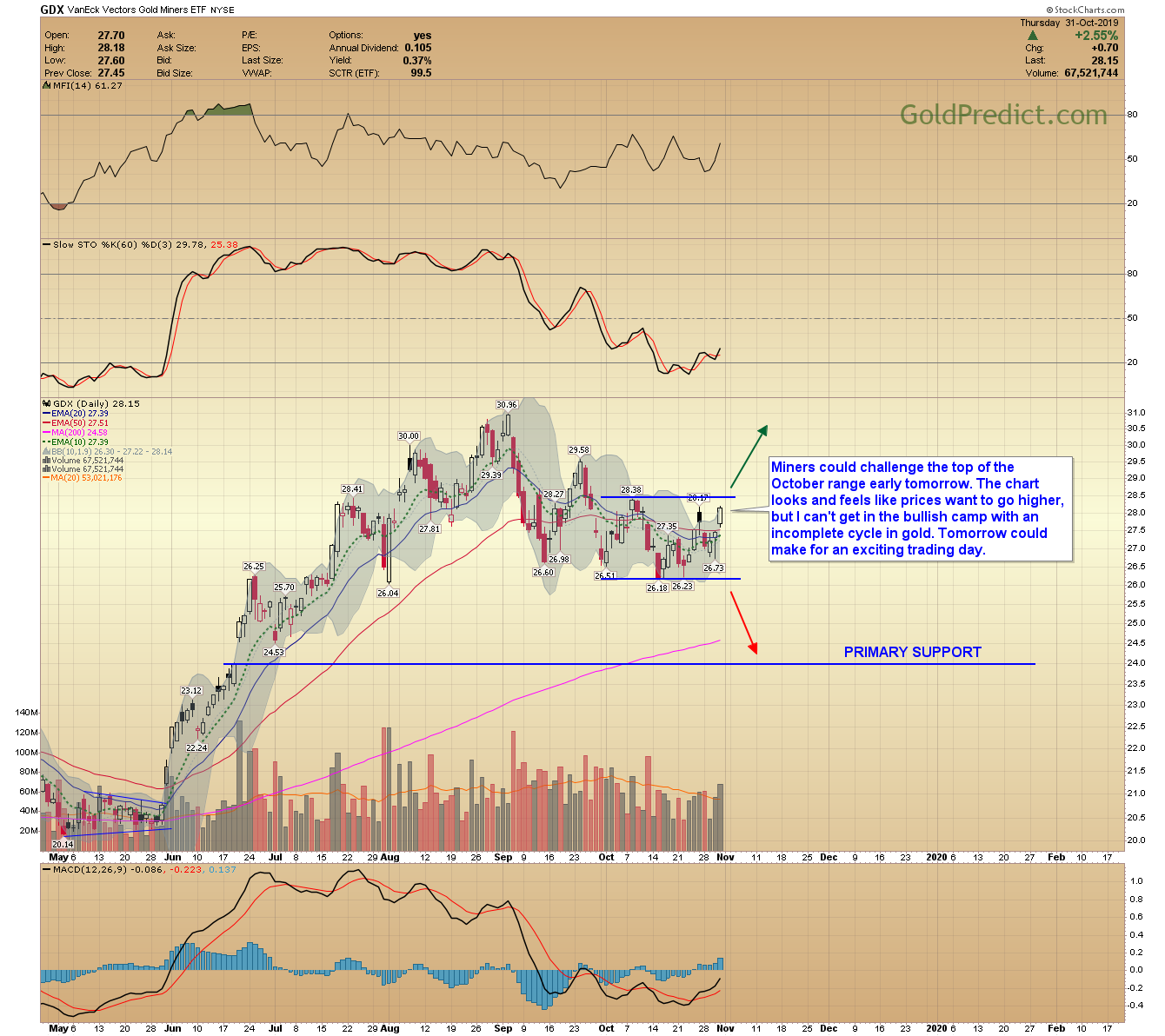 -GDXJ- Juniors did close above their October high, but volume has been on the light side. 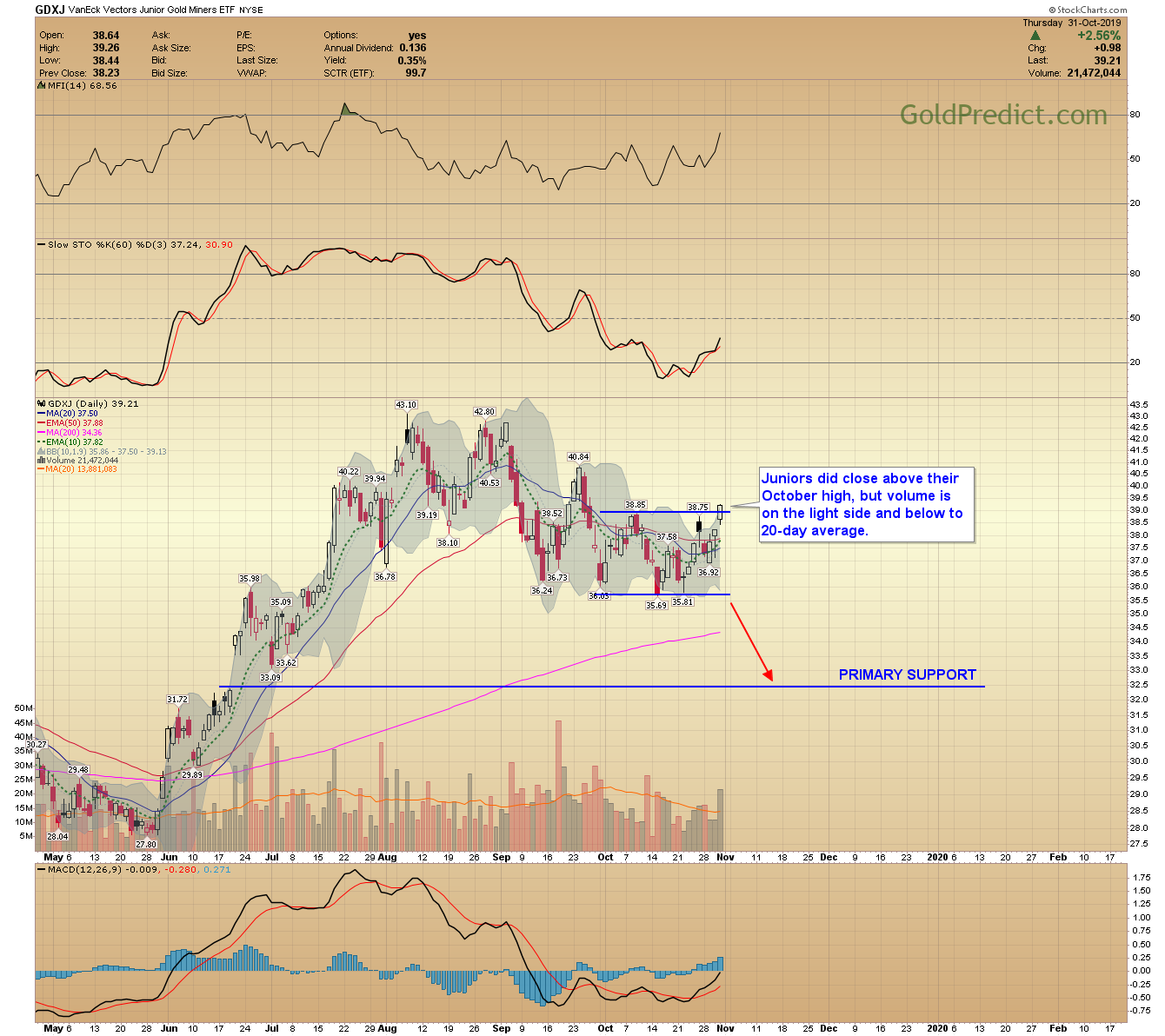 -SPY- Stocks remain near yesterday’s all-time high. I think for gold to finish its correction – stocks need to trend higher. 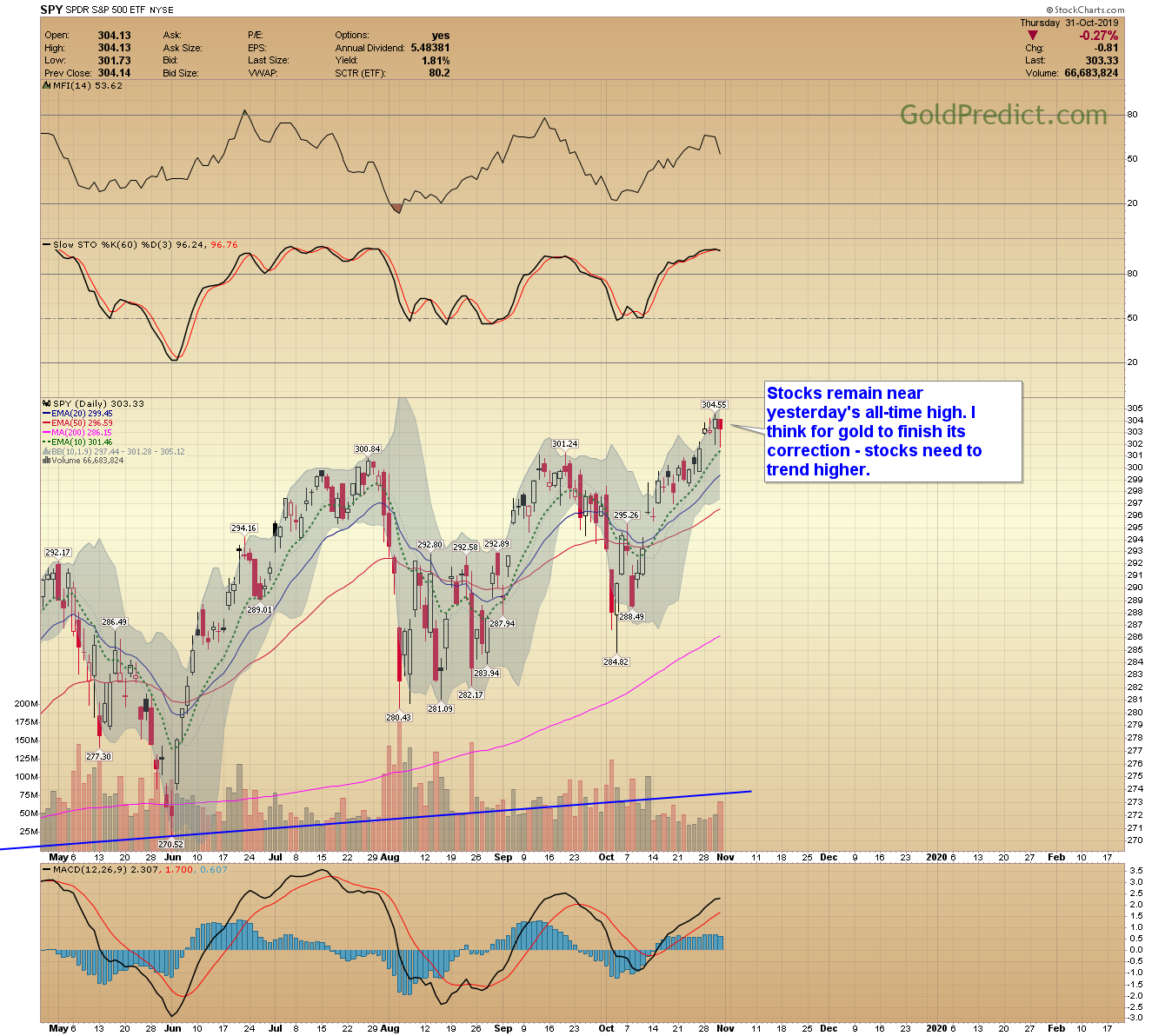 Tomorrow could be a tricky day. 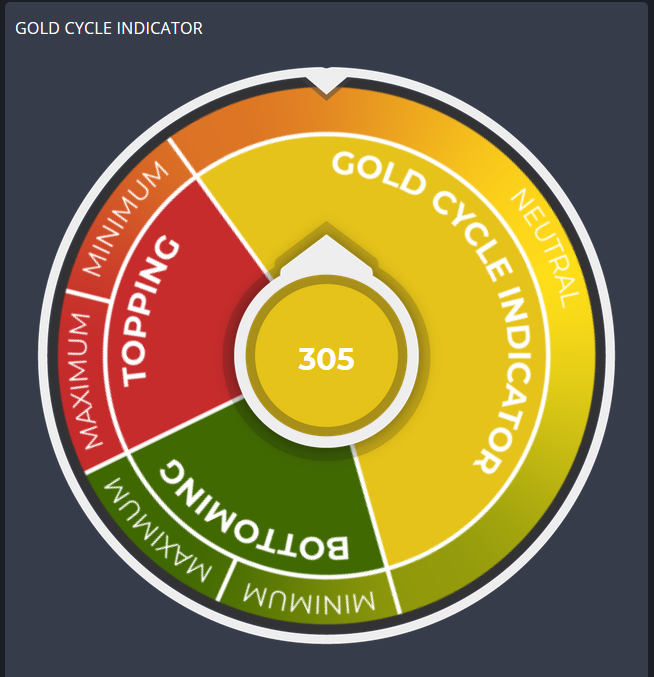 This article was published Posted on November 5, 2019 in Categories Free Updates