The market meltdown in March skewed the cycle for gold. Initially, I expected a cycle low at the end of May. Now, I think the sequence may be inverting, and we could get a top at the end of May instead.

I’ll be on the lookout for a marginal break above the April $1788.80 high within the next week or two. Often, market manipulators will push prices past a key resistance level before hitting their sell orders. It would take a sustained breakout above $1800 to support an immediate retest of the $1923 all-time high.

The gold cycle indicator finished the week at 401, and we are in an area where I’ll begin looking for a potential top. The next 2-weeks are critical.

-US DOLLAR- The dollar and gold typically trade inversely to one another. The dollar has been consolidating since April. I see two potential outcomes. 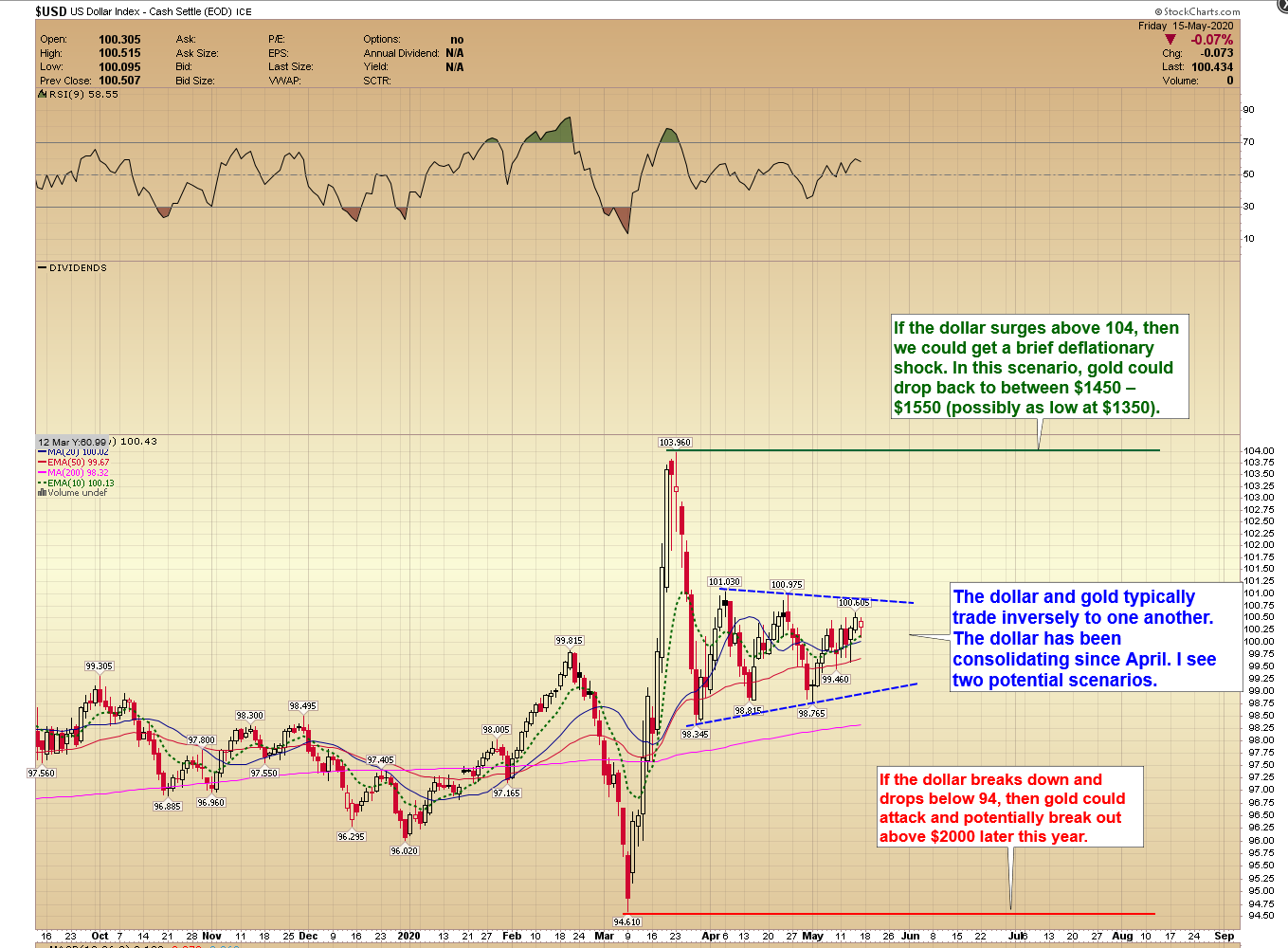 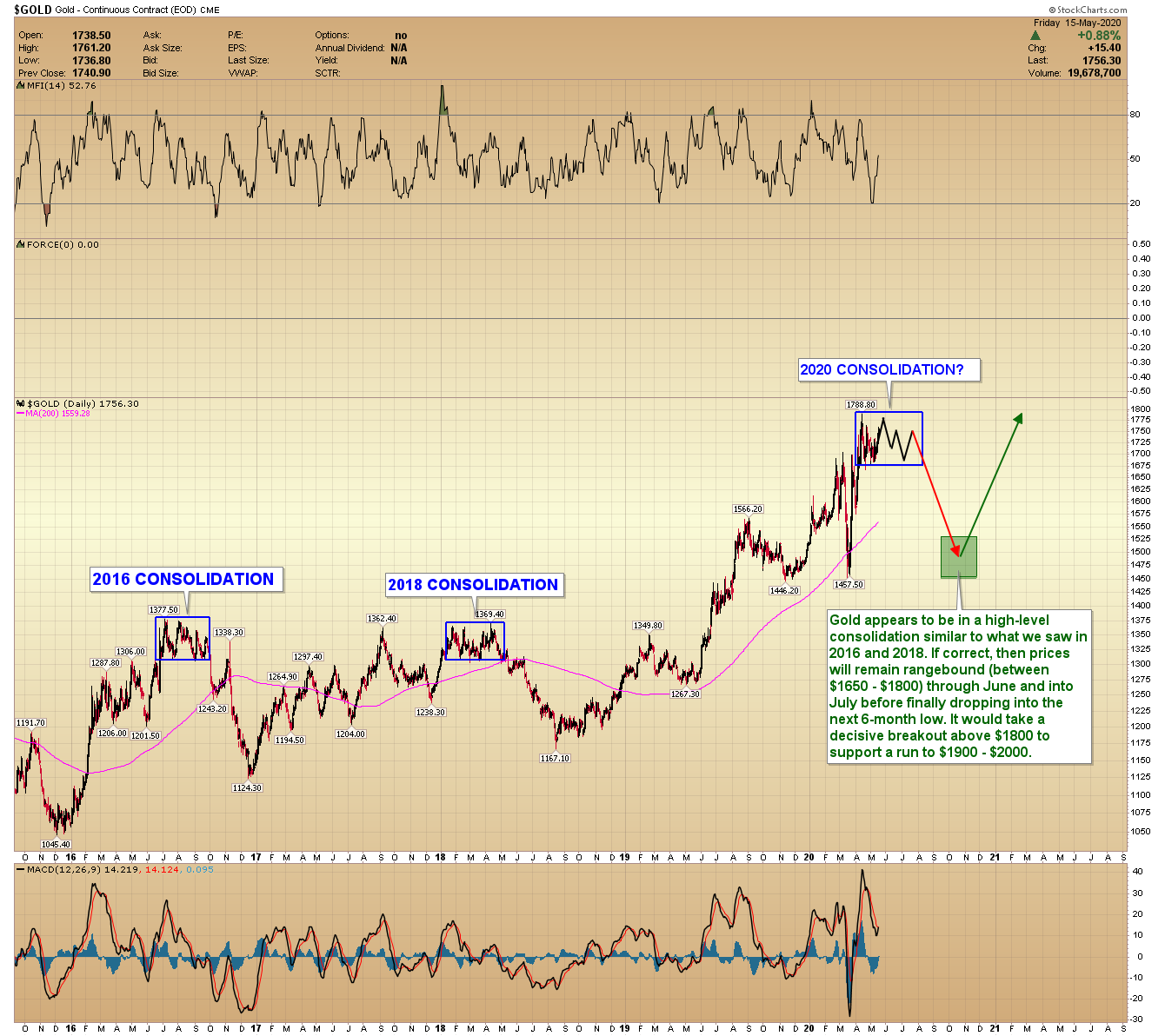 -GOLD PART (2)- The March meltdown distorted the previous 6-month cycle, and prices bottomed in March (2-months early). The original 6-month low was supposed to arrive at the end of May. As we approach that timeframe now, I’m beginning to wonder if we will see an inverted cycle high. Meaning, prices could form a cycle top at that time instead of a low. Gold would have to close progressively above $1800 to support a breakout and run to $1900+. 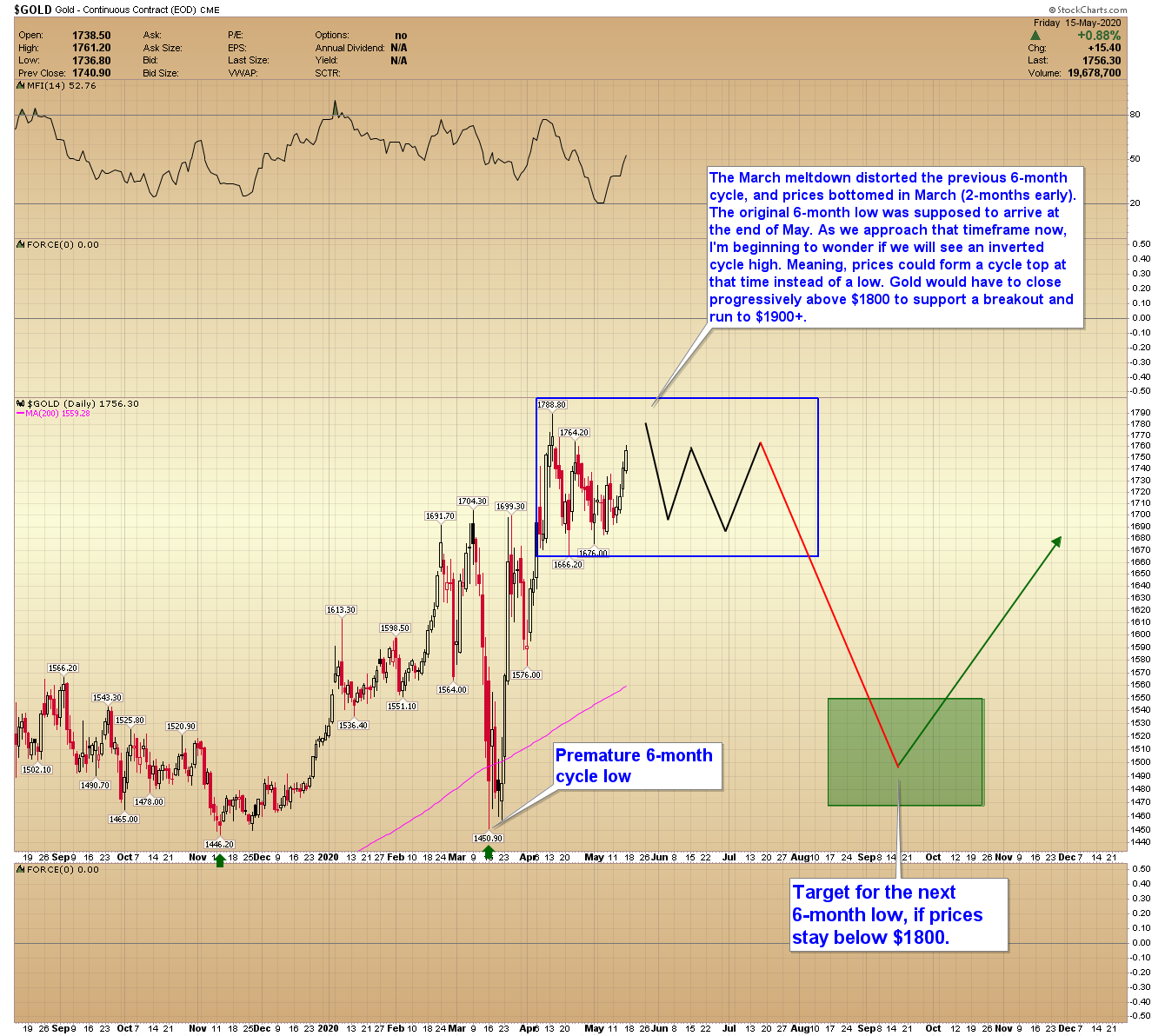 -SILVER- Silver rallied over 5% on Friday and prices closed above the 200-day MA. With gold potentially heading into an inverted cycle peak, I’m reluctant to get excited about the current rally in silver. Silver tends to rally aggressively at the end of a cycle just before prices peak. It would take a sustained move above $20.00 to confirm a bull market breakout. 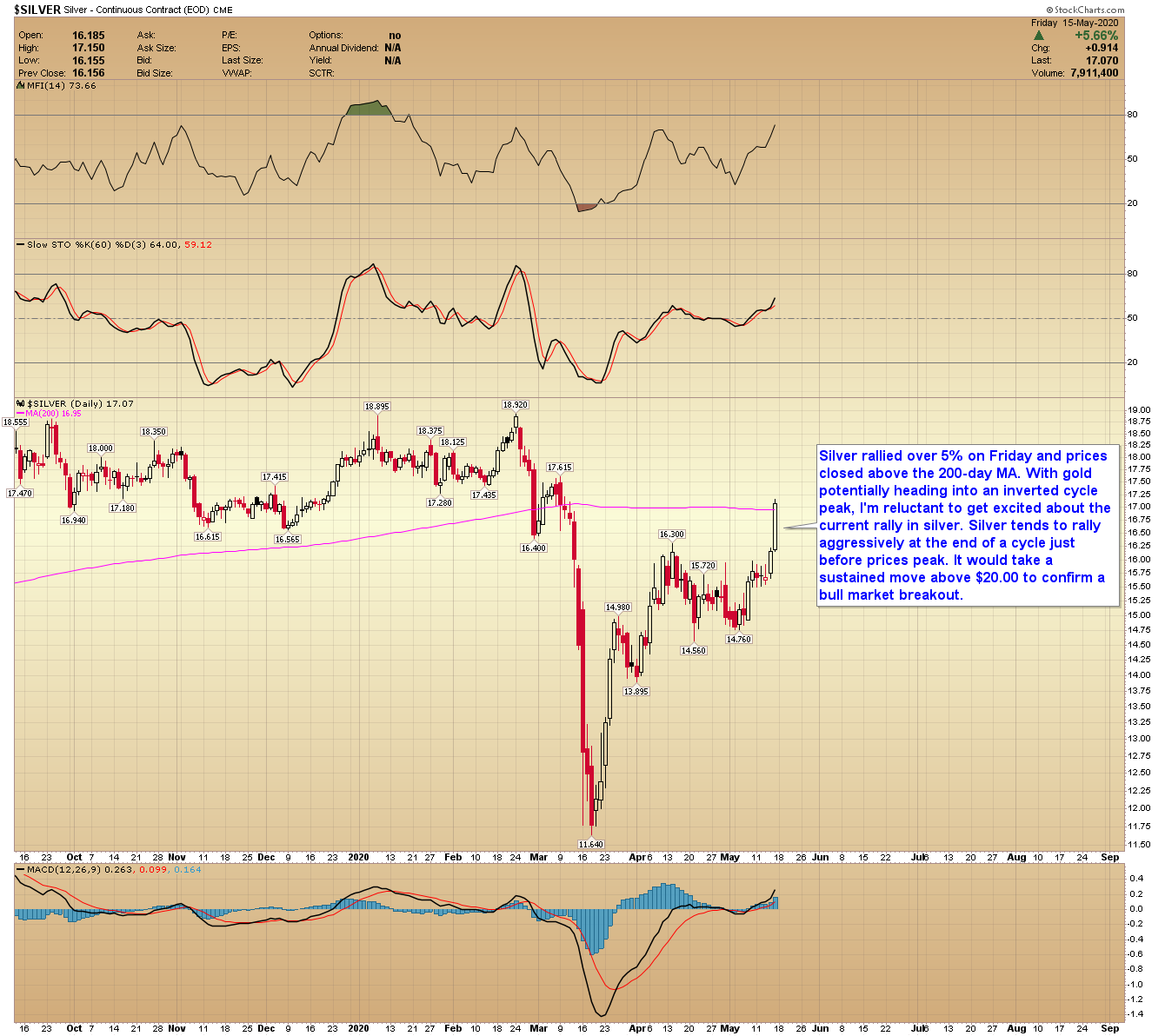 -PLATINUM- Platinum is getting ready to test its 200-day MA ($884.18). Like silver, platinum tends to rally aggressively into the end of a cycle. Prices would have to rally and then stay above $1050 to confirm a bull market breakout. 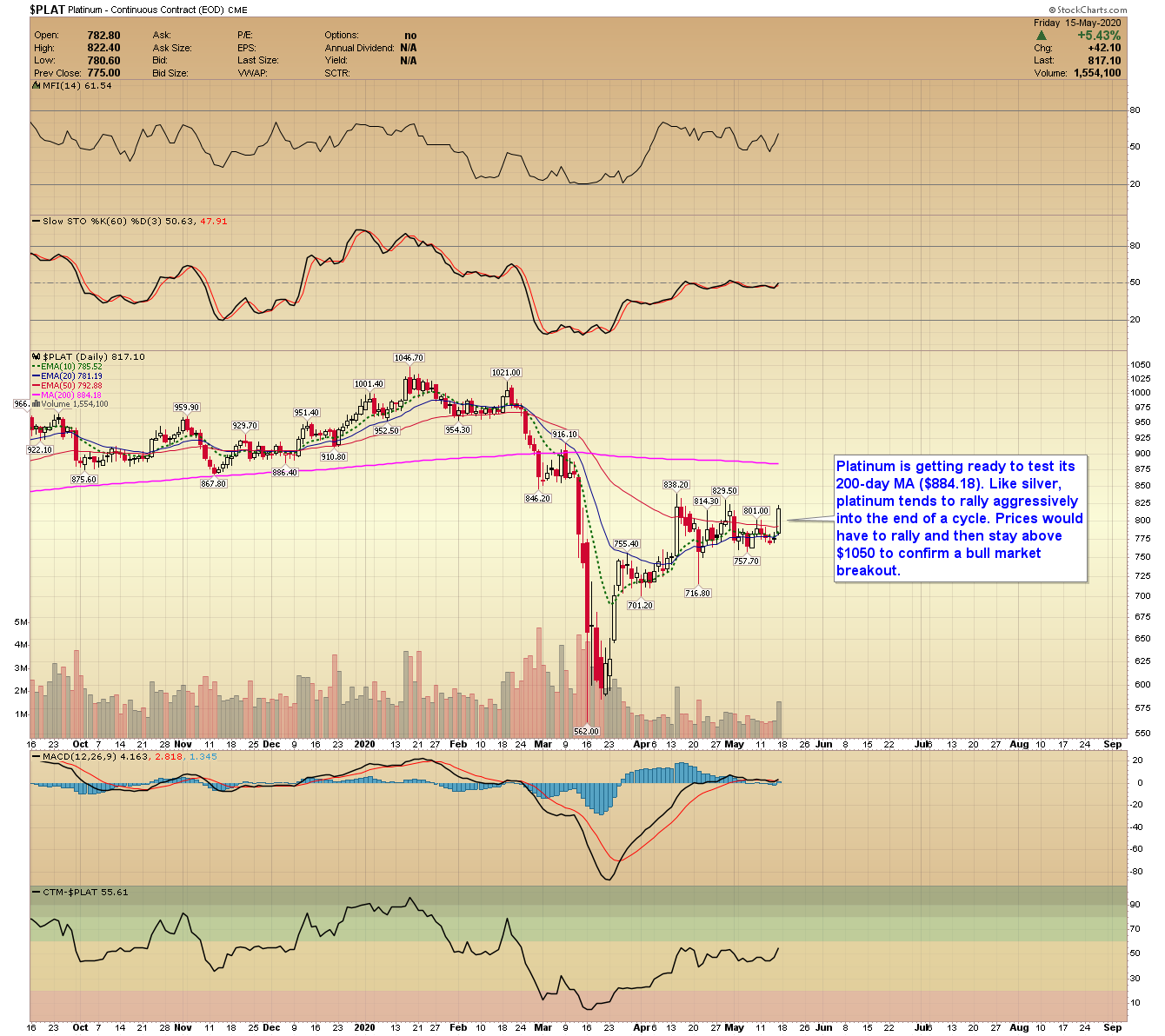 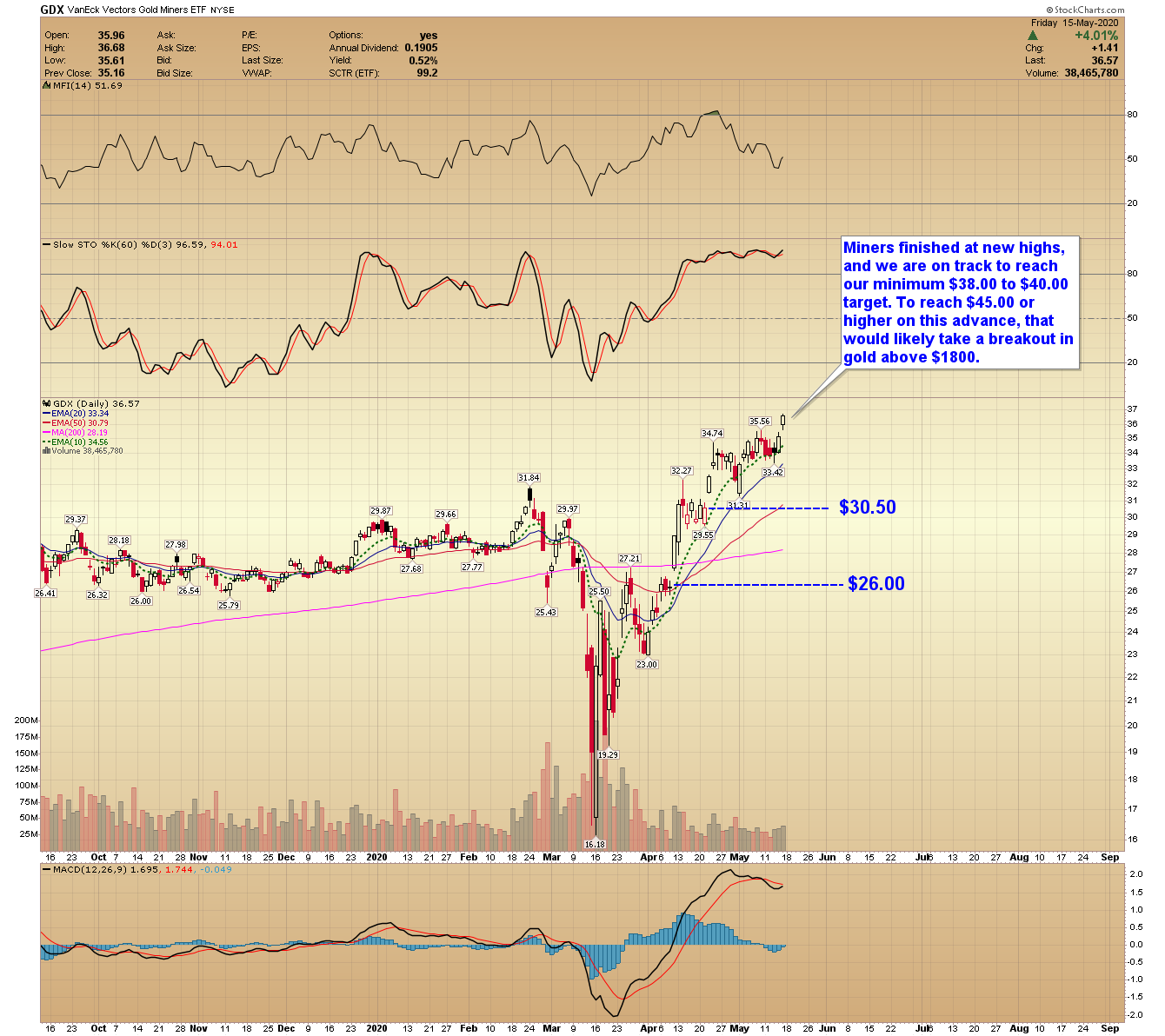 -GDXJ- Junior miners rallied nearly 6% on Friday with a little help from silver. Prices are entering significant resistance between $47.00 and $50.00. 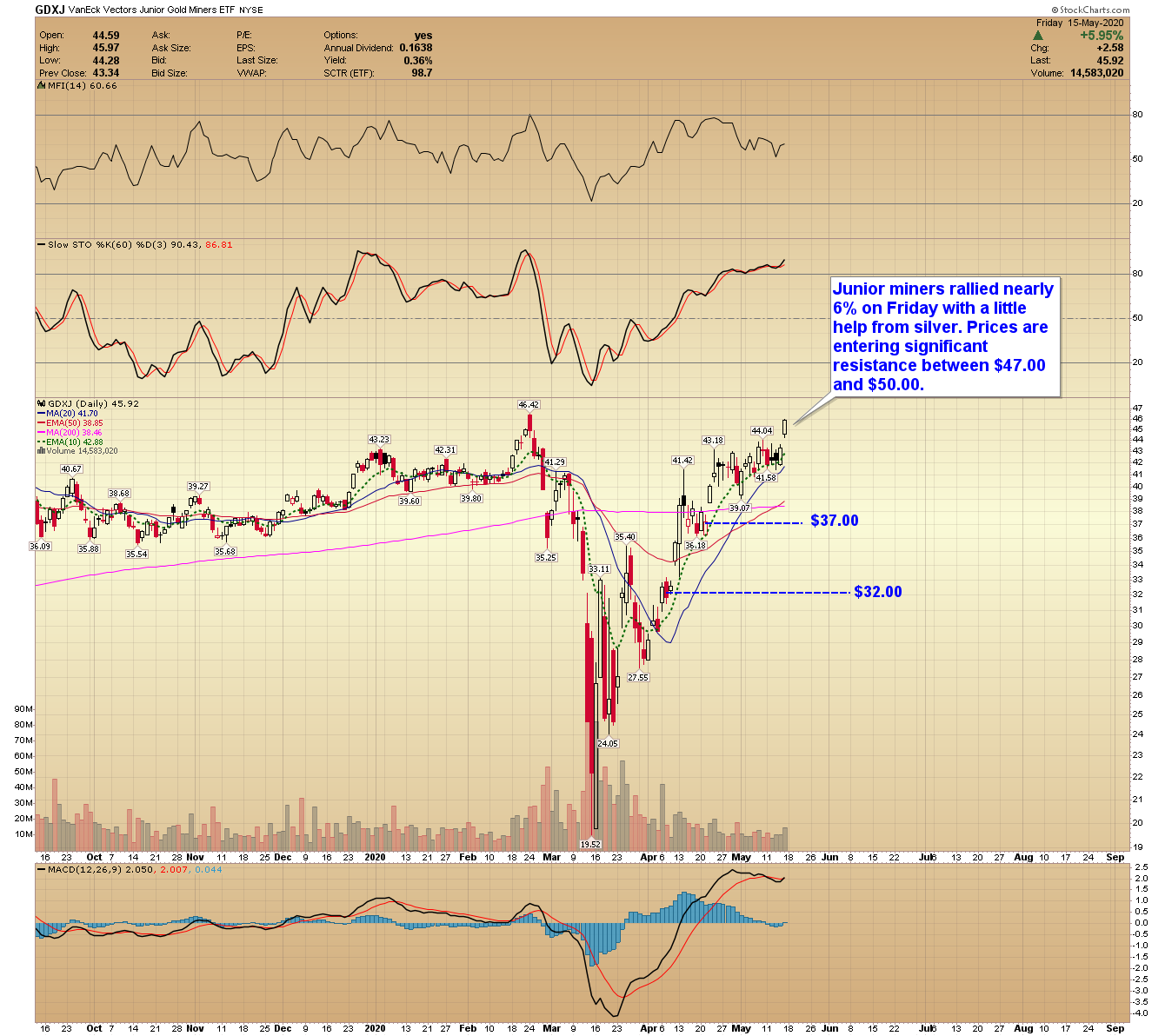 -SPY- Prices are consolidating after the initial recovery off the March low. We could see some backing and filling here, but I don’t see prices getting much above the 300 level at this time. Longer-term, I think it could take one to two years for stocks to stabilize and reach a true bottom. 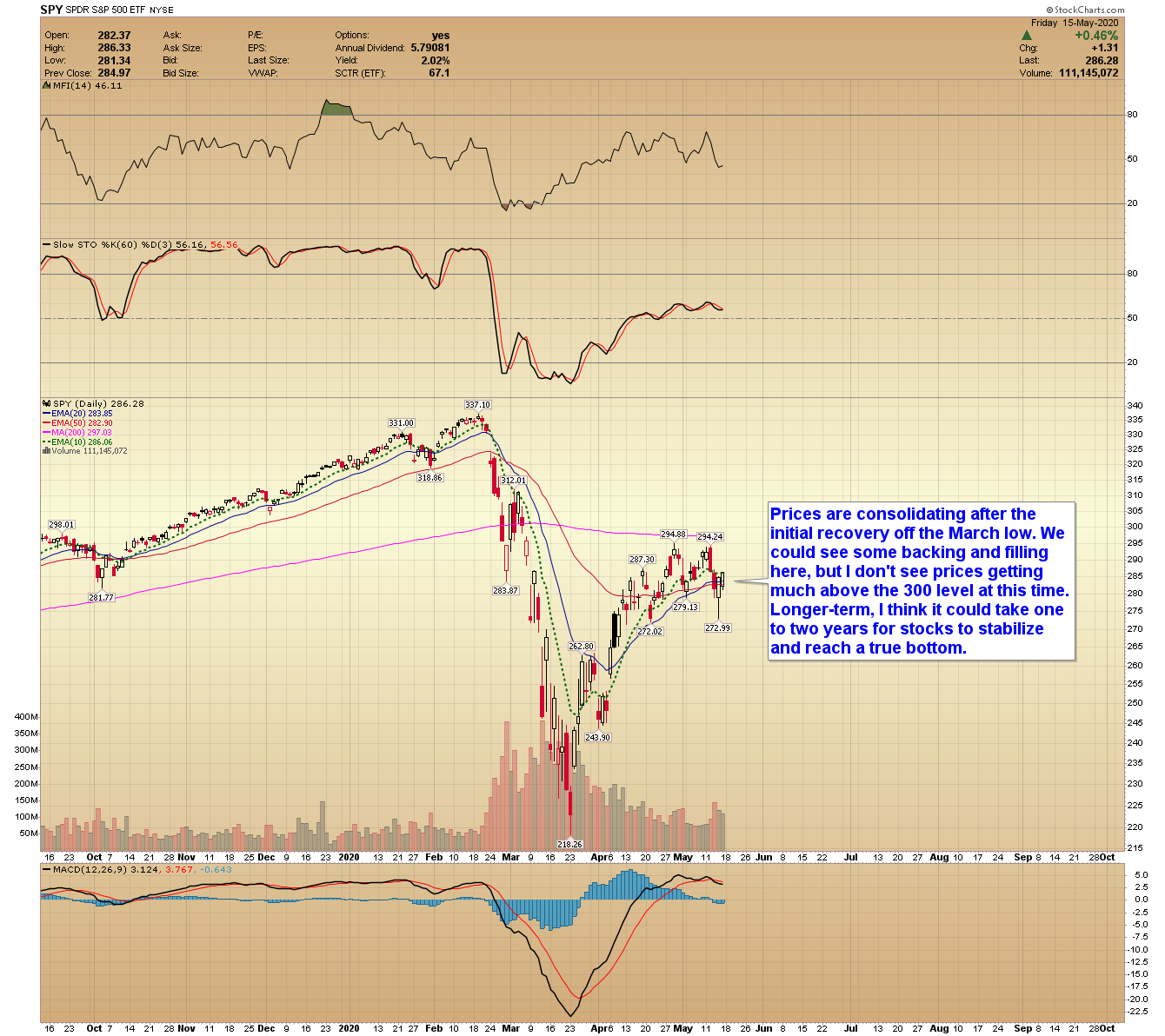 This article was published Posted on May 17, 2020 in Categories Free Updates