I see the potential for a spike high in gold this week. The days surrounding Friday’s employment report are crucial. If the dollar bottoms around 92, that could trigger a multi-week correction in gold, potentially severe.

The US dollar spiked to 103.96 during the March liquidation. Prices are down over 10% from that peak; the trend is very oversold. An interim bottom is becoming likely, followed by a 1 to 3-month consolidation.

Near-Term Levels for The Dollar

Continued Breakdown: A continued breakdown below 92 could trigger a waterfall decline into October. In this scenario, gold would likely extend above $2100 and enter a parabolic rise. 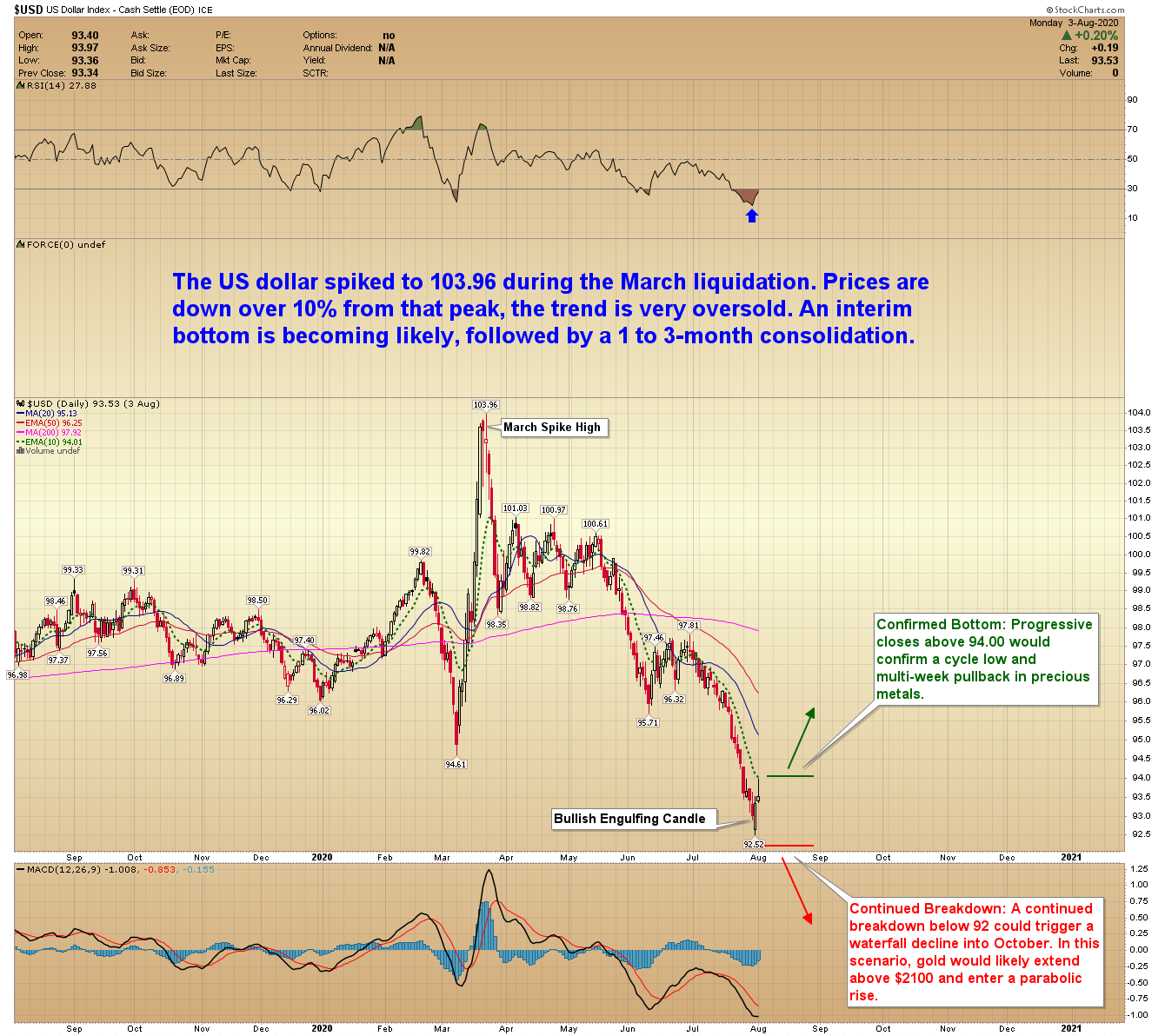 SUPPORTING EVIDENCE: In the past, a dip below 20 in the daily RSI (14) characterized an interim cycle low. The reading reached 18.61 Thursday, July 30, 2020. The odds for a potential bottom in the Dollar and temporary spike high in gold are significant within the next several days. 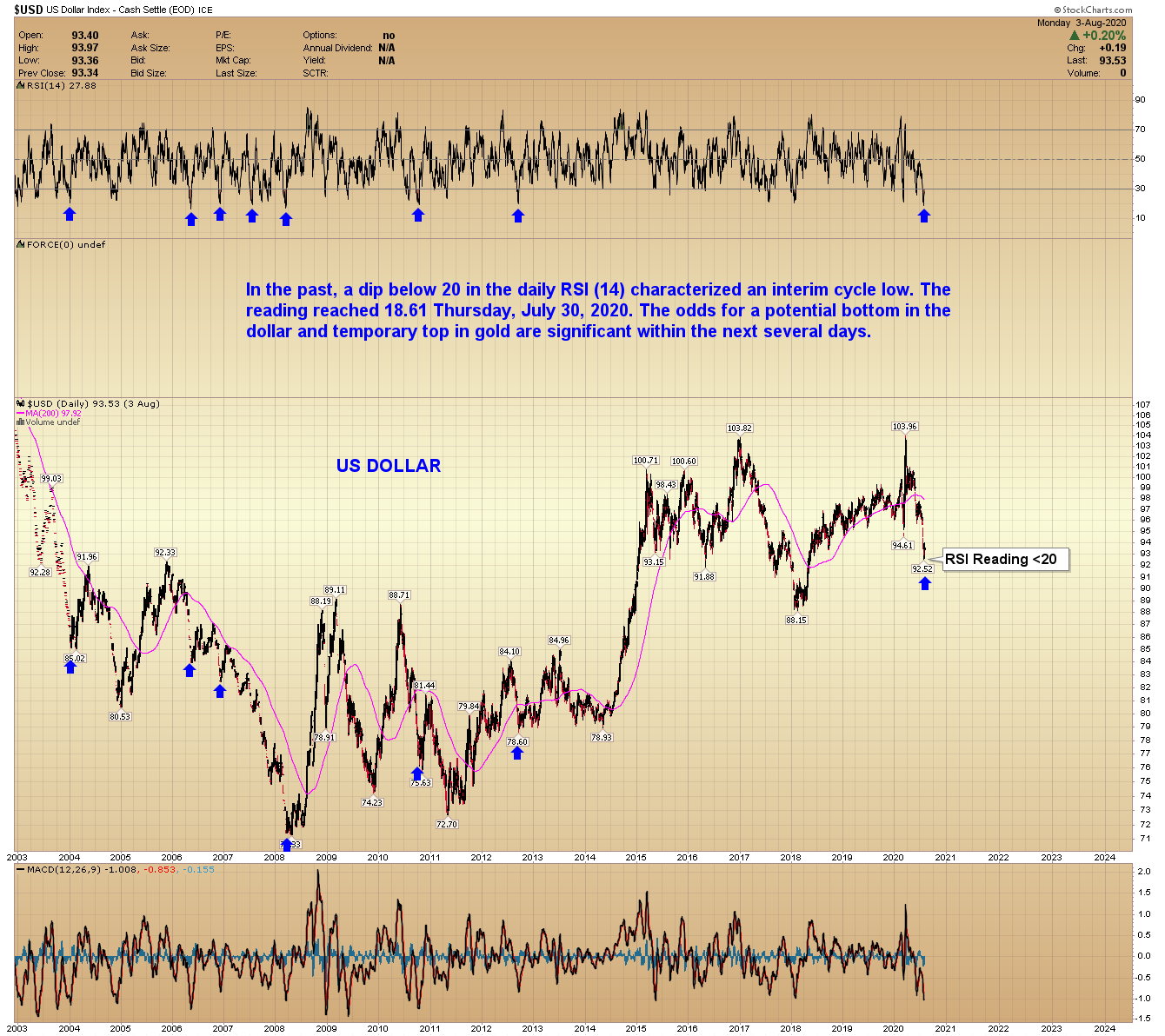 Parabolic Rally: A waterfall decline in the Dollar could trigger a sharp rise). Progressive closes above $2100 would establish this scenario.

Temporary Top: A spike above $2000 could trigger a quick, but unstained rally (spike-high) in gold above $2000 this week. 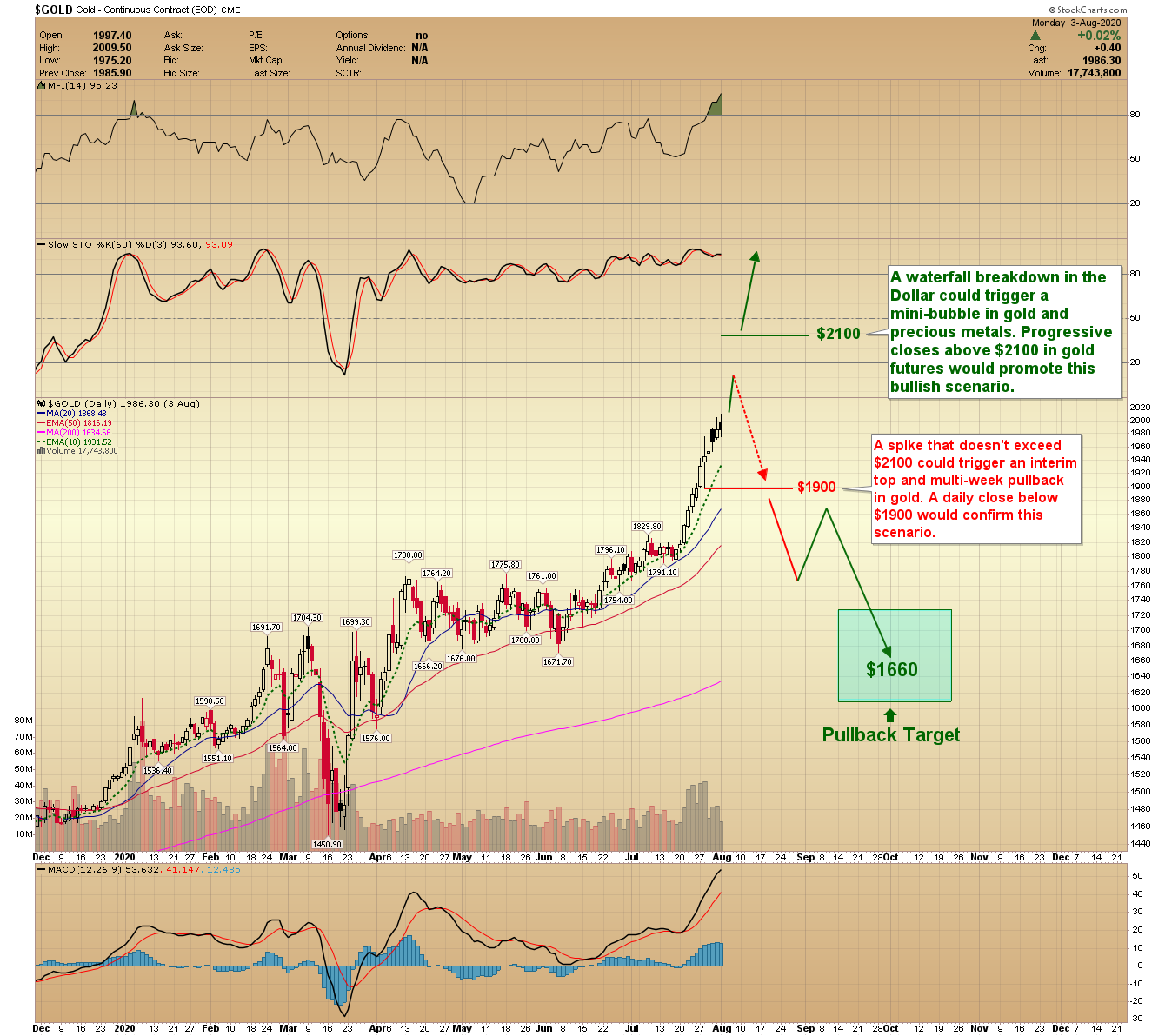 Be cautious. I see the potential for increased volatility this week.

This article was published Posted on August 4, 2020 in Categories Free Updates, Updates