Gold prices closed above their October high, and I see the potential for a divergent 6-month low.

With COVID cases hitting new highs, the potential for lockdowns and a double-dip recession are climbing. Congress is unlikely to reach a stimulus deal unless the markets are tanking.

How prices finish the week is crucial. I won’t make an official call on a bottom until I see tomorrow’s close. Another reversal day is possible if there is a surprise in tomorrow’s employment report.

We are still waiting on an official election decision. It’s important to remain patient during periods of extreme volatility.

Daily Cases: Cases in the US reached a new all-time high yesterday (108,352). New cases tend to drive policy decisions. Therefore we could be in for more lockdowns if this trend continues. Today’s numbers are still coming in (currently 90,245), but it looks like we will surpass yesterday’s peak. 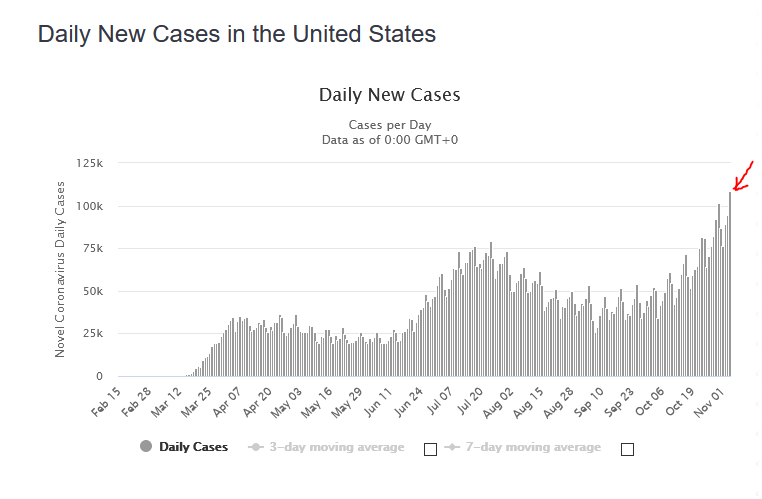 Gold Cycle Indicator: The gold cycle indicator finished at 154. I see the potential for a divergent 6-month low. A divergent low occurs when one group reaches its cycle targets, while the others do not. In this case, both GDX and GDXJ made lower lows in October, reaching minimum targets, but gold and silver did not. I’ll make an official call on a bottom this weekend.

-GOLD- Gold closed above the intermediate trendline as well as the October high ($1939.40). This development supports a 6-month low in late October at $1859.20. Tomorrow’s price action is key.

-SILVER- Silver rallied strongly, and with gold above its October high, I’m considering the potential for a divergent low. A divergent low is when underlying strength prevents prices from falling to fresh lows. Example: Both GDX and GDXJ reached their target zones in late October, but gold and silver did not. Closing above $26.00 would support a divergent 6-month low in late October. 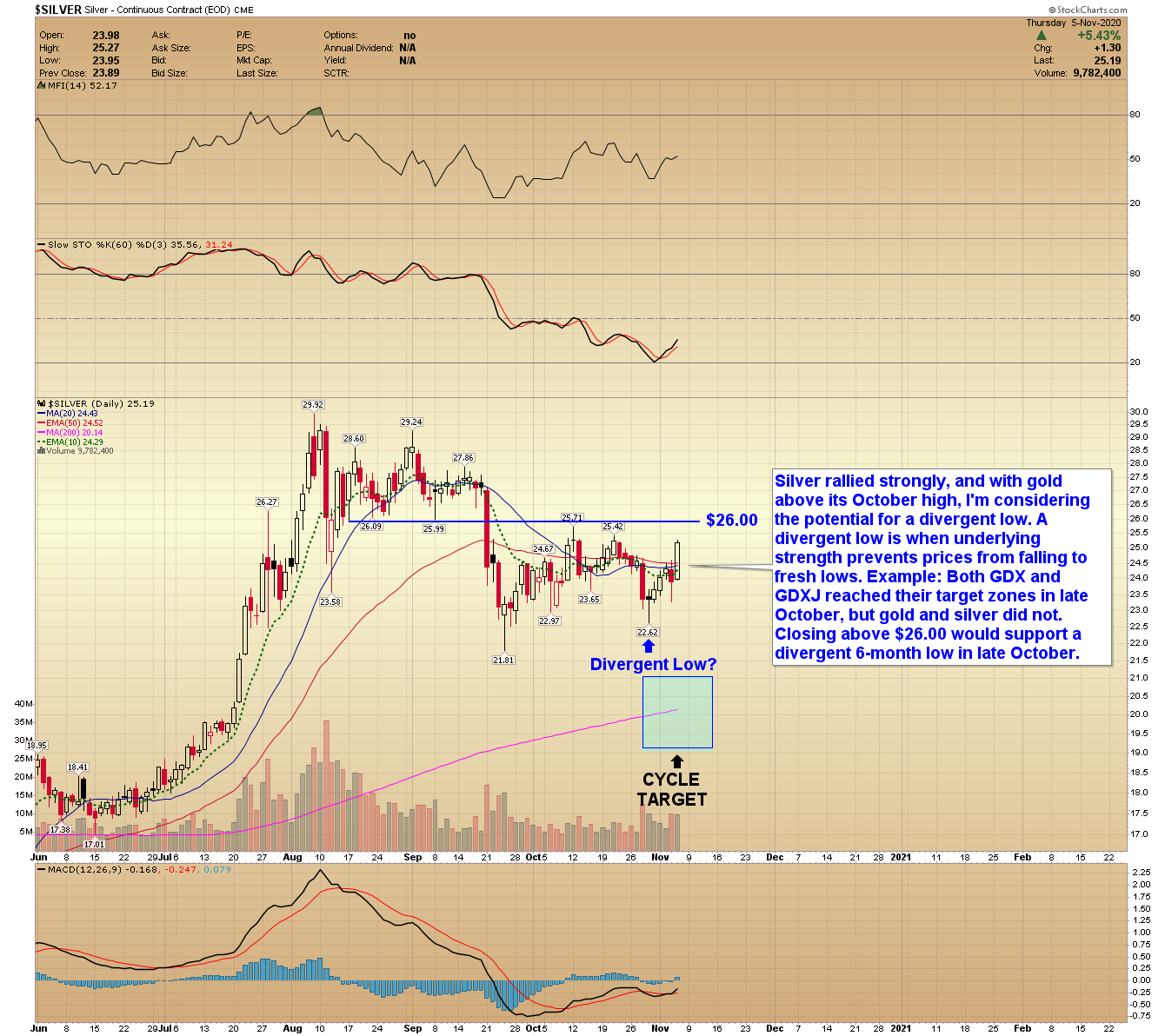 -GDX- Prices closed just above the upper downtrend channel. It looks like the 6-month may have bottomed in late October just inside our target box. I’d like to see GDX finish strongly above the October $41.34 high to confirm this scenario. 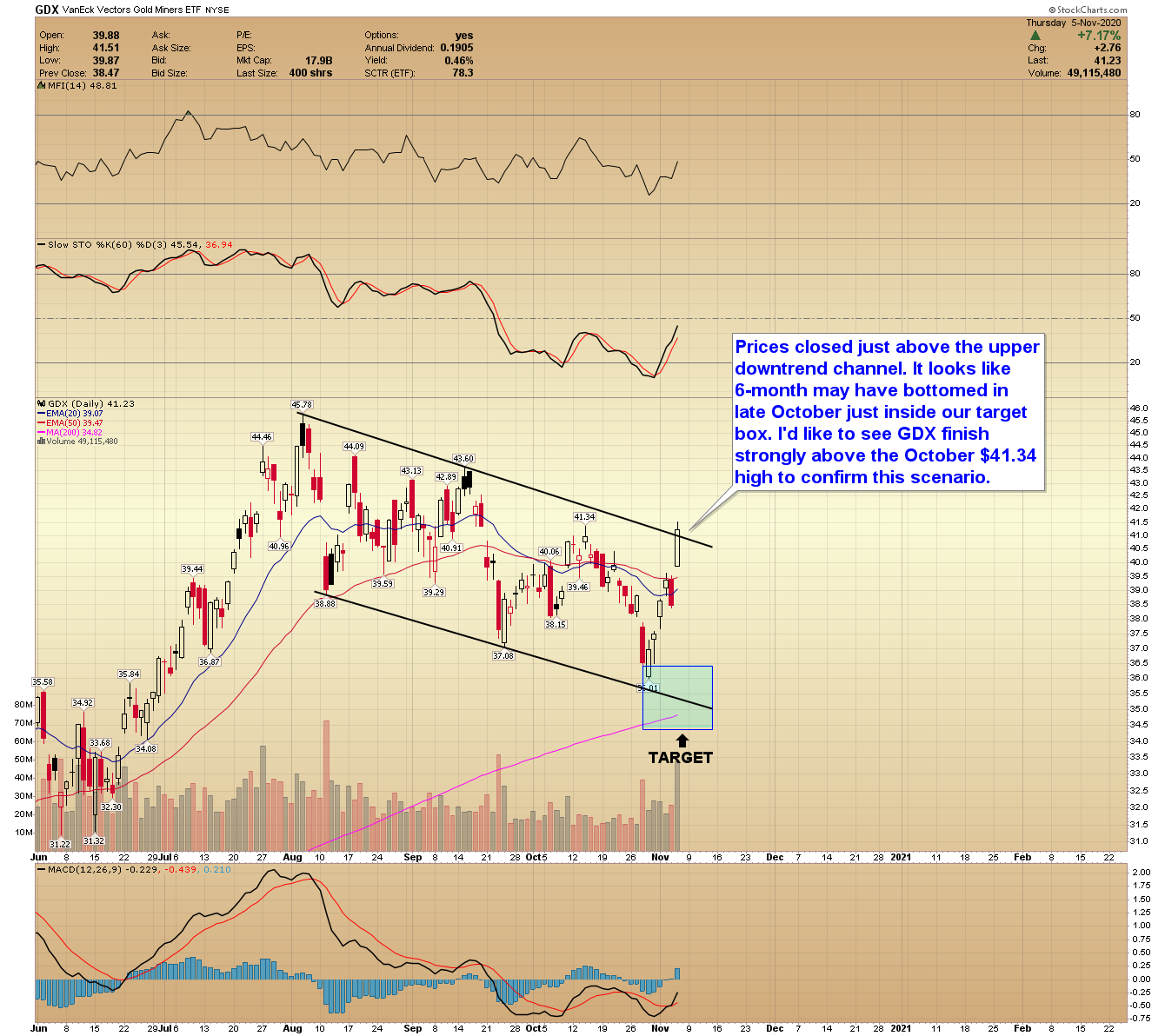 -GDXJ- Juniors closed above the downtrend channel. Prices would have to close above the October high ($60.09) to confirm a 6-month low in late October. 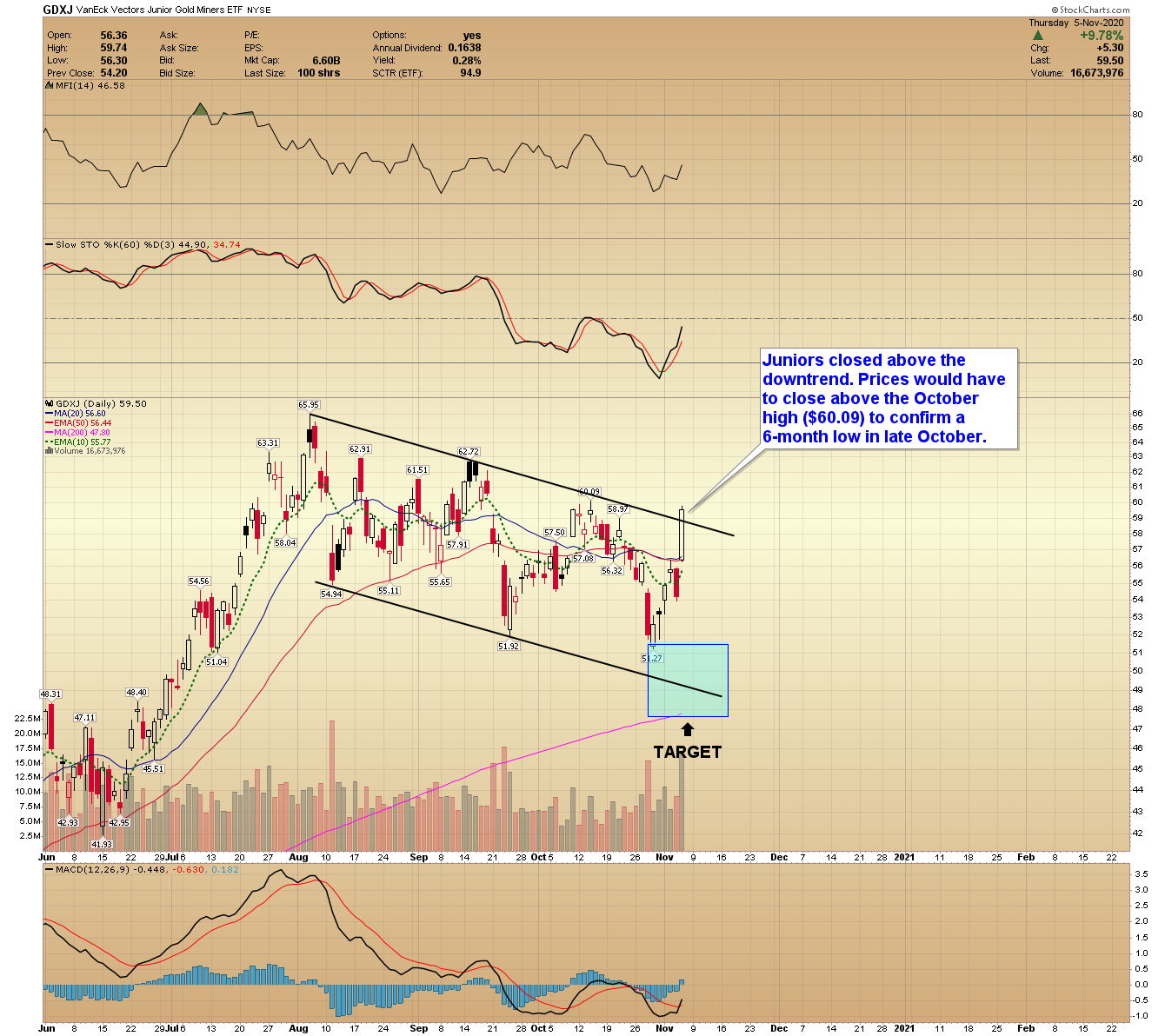 -SPY- Stocks rallied back towards the October high. Prices would have to close above 355 to eliminate the potential for a triangle pattern. 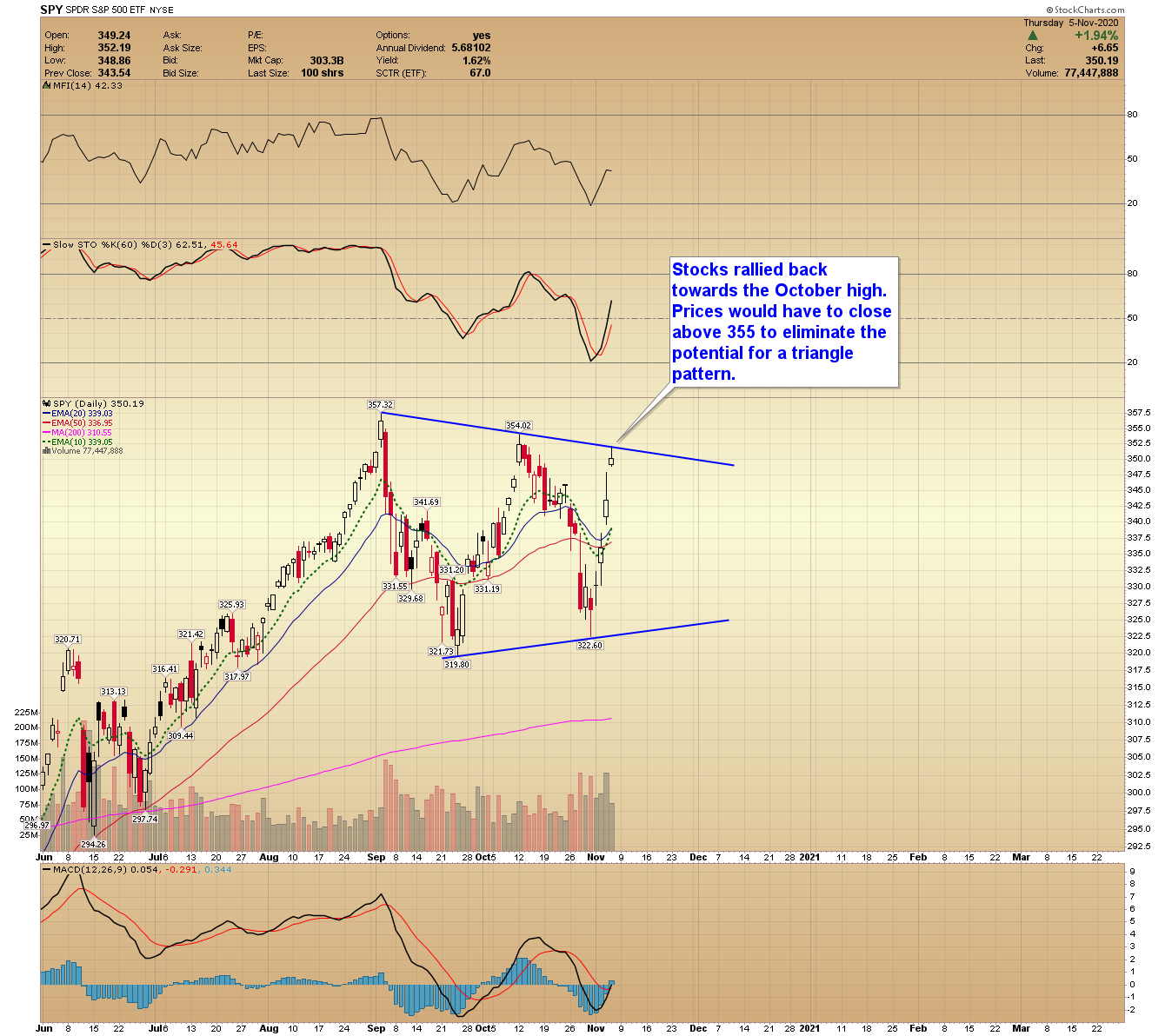 Barring any major reversals tomorrow, it looks like precious metals and miners may have bottomed in late October. Silver and miners need to close above their October highs to establish 6-month lows.

This article was published Posted on November 5, 2020 in Categories Free Updates, Reports