This move in gold has caused me concern and after exhaustive examination, I may have found the clue I’ve been seeking. Below is an eerily similar pattern to what we see now and if it plays out verbatim, gold should top very soon.

In early 2014 Gold showed relative strength to silver as it climbed higher and higher. Near the top, gold prices protested correcting below its 10-day moving average into a common low (just like now), while silver did. Once Silver formed a common cycle low Gold prices peaked shortly after that as silver prices proved unable to make a higher high. 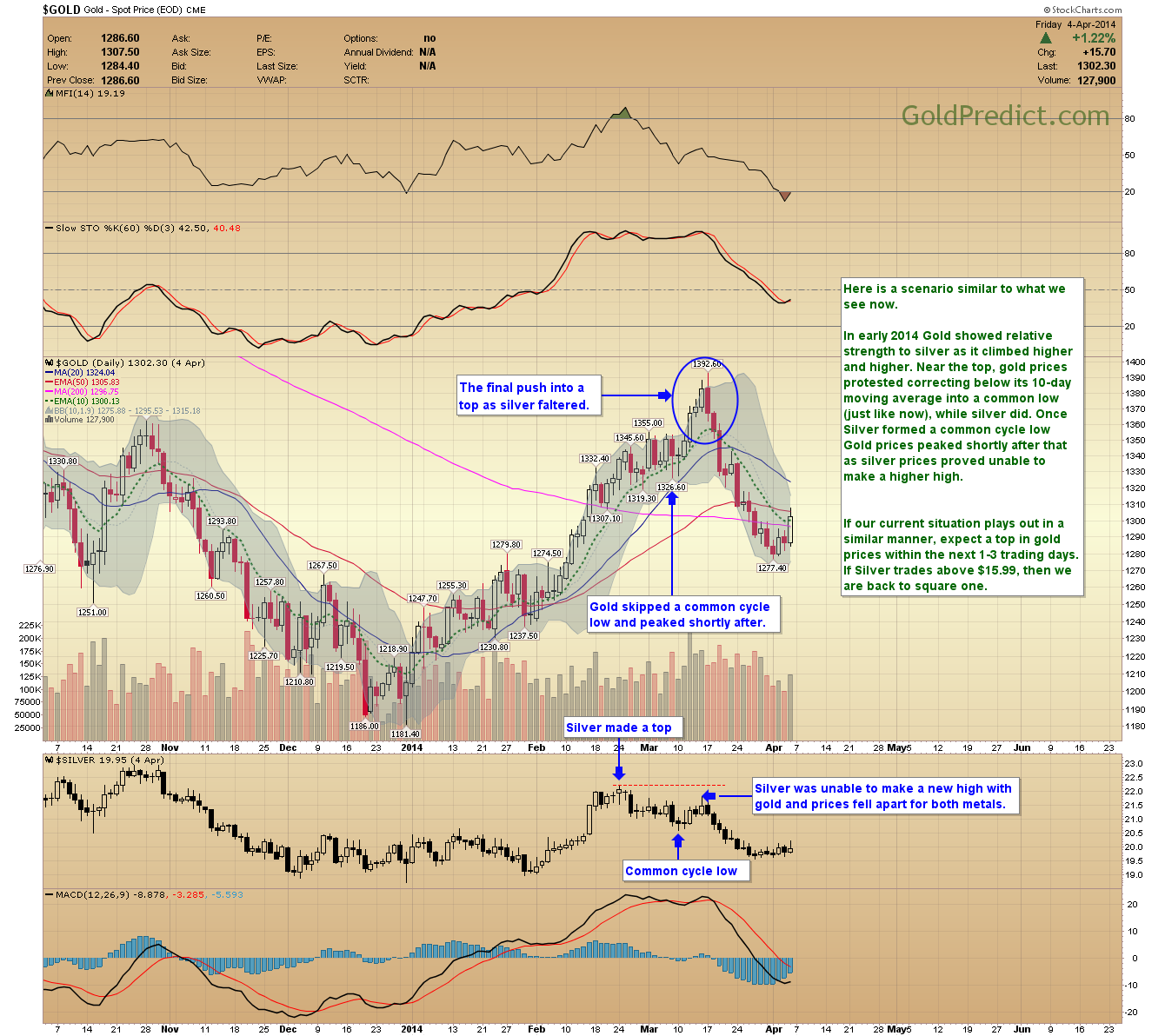 -2016 GOLD CHART- See any similarities in the current gold chart? 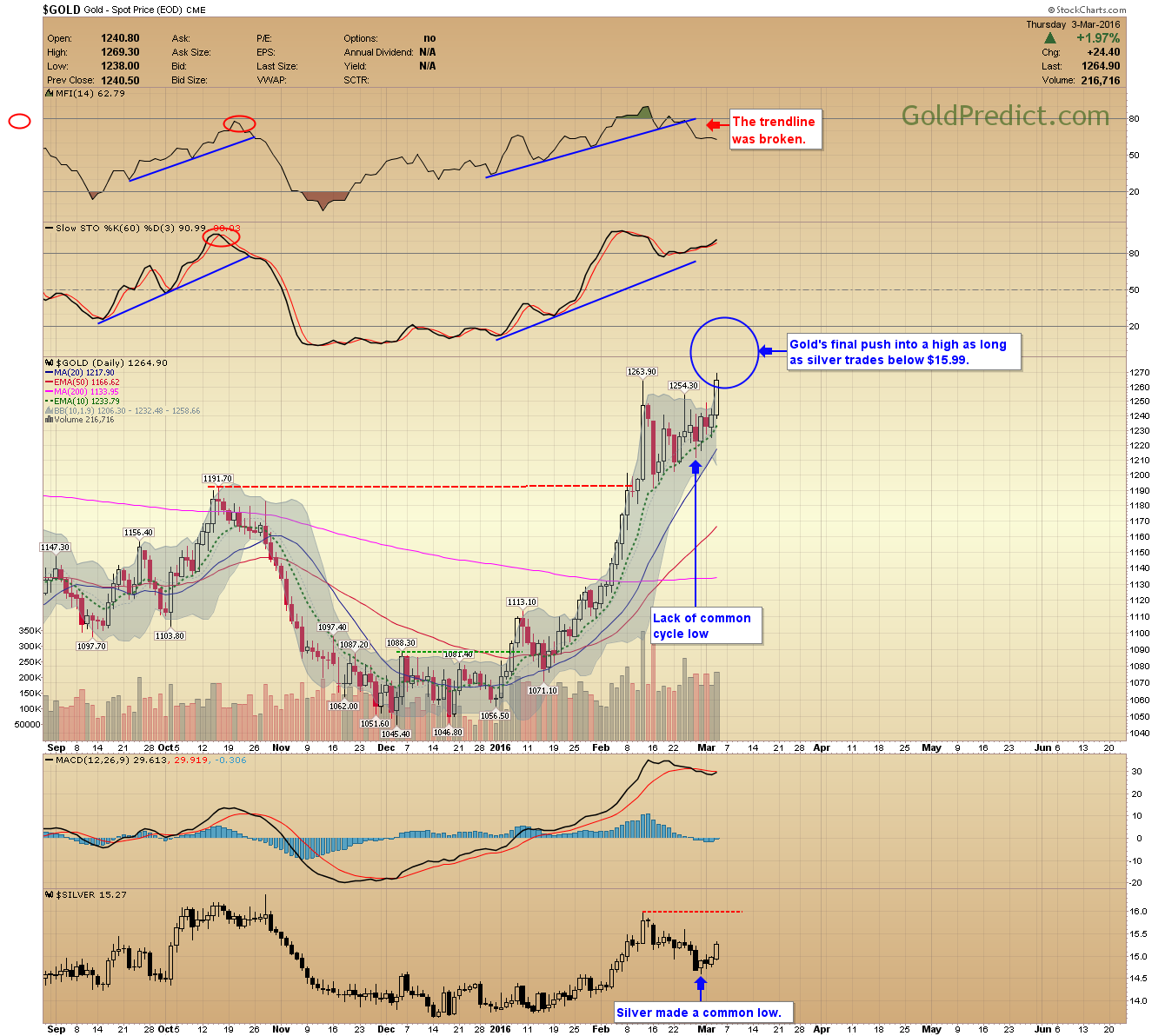 If our current situation plays out in a similar manner, expect a top in gold prices within the next 1-3 trading days. If Silver trades above $15.99, then we are back to square one.

This article was published Posted on March 24, 2016 in Categories Free Updates, Updates