Being a gold investor over the last 18-months has been painful. Prices have fallen month after month while everything on the planet, from Dogecoin to Tesla, soared to unthinkable heights.

On the bright side, the prolonged correction allowed die-hards (like me) an opportunity to buy high-quality producers at rock-bottom valuations.

Inflation is spiking broadly and across most sectors. The Fed has moved away from its transitory narrative. At Gold Predict, we knew inflation was not transitory, but it seems much of the world bought into the story. Gold lagged but that may have just changed with the October CPI. 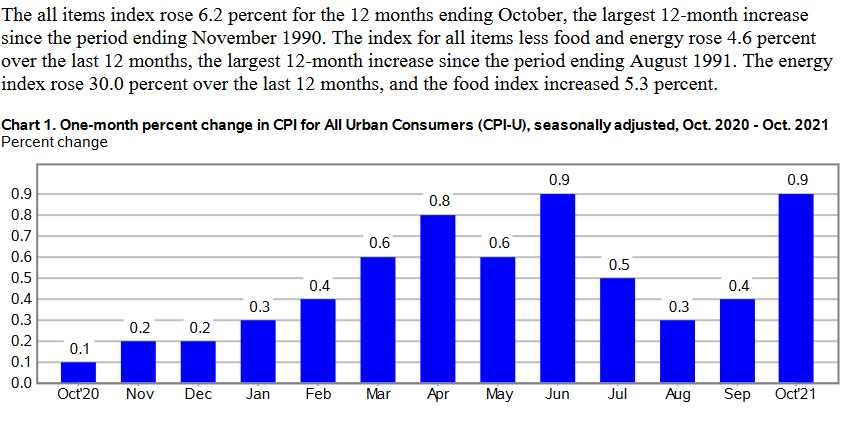 The Fed is receiving a harvest of unyielding inflation for injecting too much capital into the system. Without another crisis, they will likely have to raise rates in 2022, likely crashing the stock market. Between now and then, however, I think inflation-sensitive assets like precious metals could soar.

GOLD DAILY CHART: Gold is approaching a critical trendline. A strong breakout above $1875 would support a run to new highs by early 2022. If this is the beginning of a powerful rally, then gold should slice through $1920 in November. The gold spring is coiled, and it could let loose. 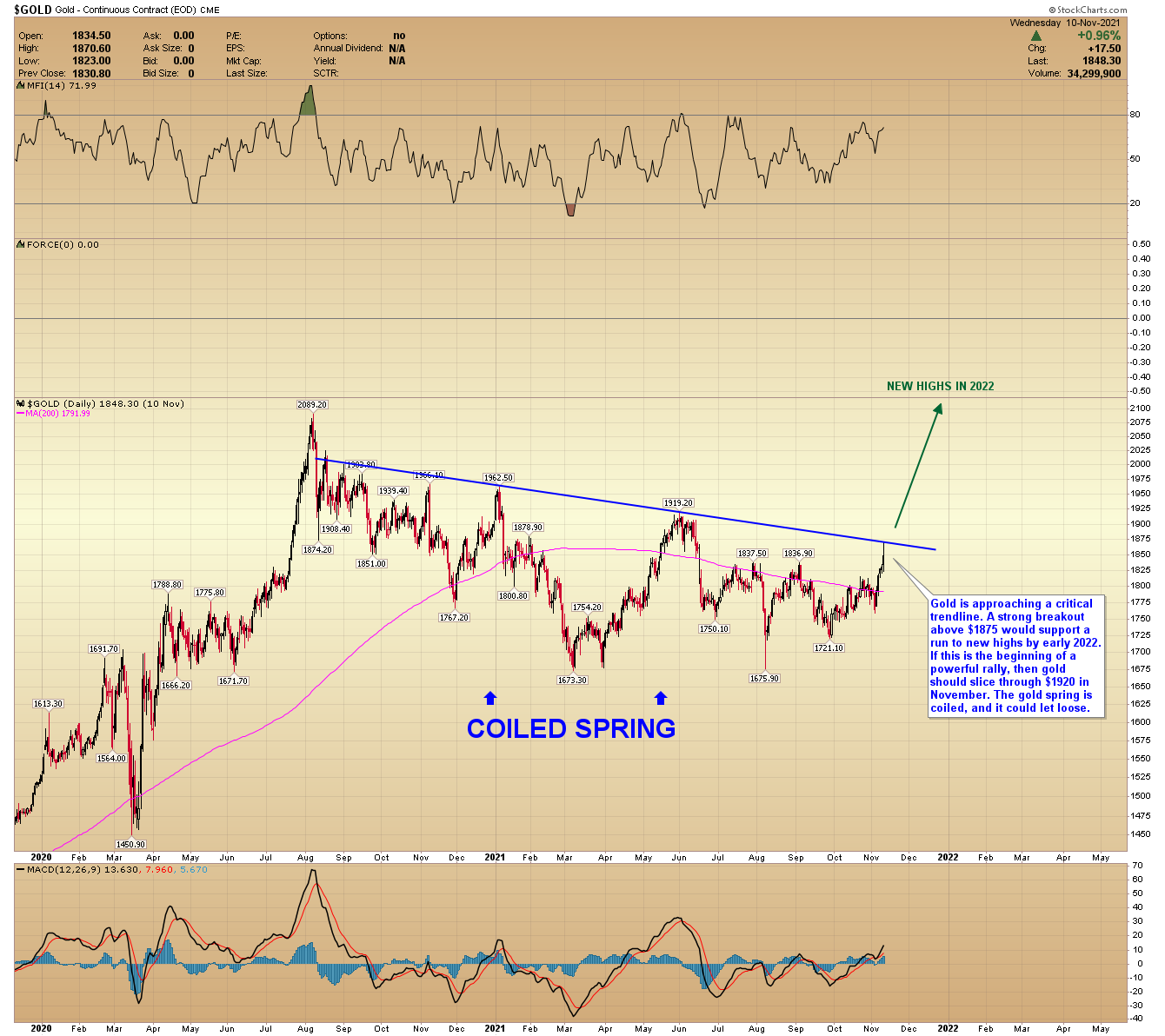 PLATINUM DAILY CHART: Platinum is a tiny market – if money begins to enter this sector, I think prices could move quickly higher. A breakout above $1150 would be incredibly bullish. 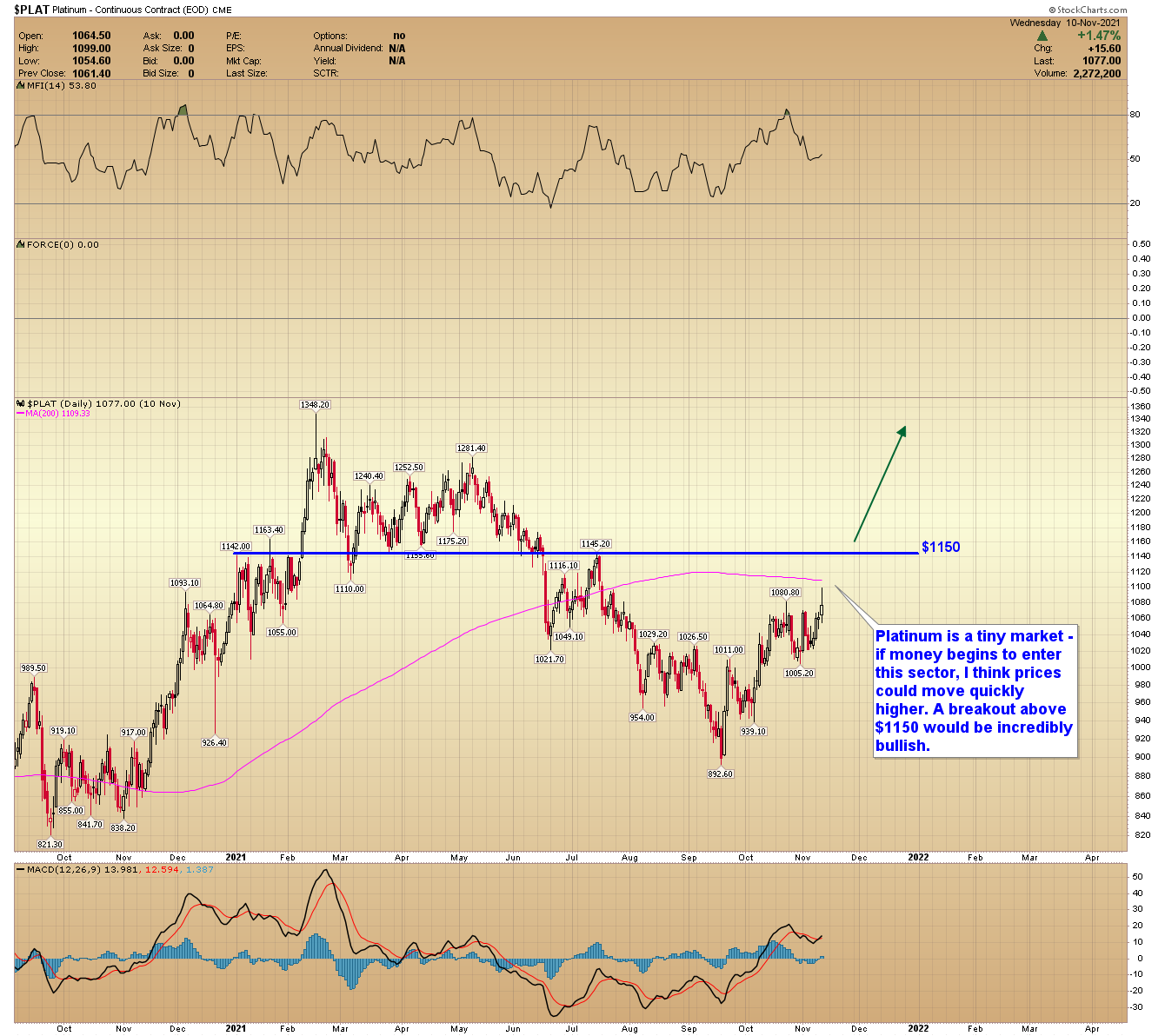 Final Thoughts: If “Hot Money” moves out of meme stocks and starts chasing precious metals, we could see a blow-off spike higher into the first half of 2022. Precious metals are a coiled spring about to release, in my opinion.

This article was published Posted on November 11, 2021 in Categories Free Updates, Updates