The W-bottom in miners, silver, and platinum is remarkably similar to what transpired in late 2015 and early 2016 as we started a new Fed rate hiking cycle.

The correlation may hold some good news and the potential for an explosive rally starting soon in precious metals.

The W-bottom was executing flawlessly, that is, until GDX entered January 2016. At which point miners plunged 17% and to fresh lows in just 7-trading days.

That January fakeout reversed and turned into a slingshot rally to complete the W-pattern. Unfortunately, many gold bulls jumped ship and missed the rally.

I think a similar fakeout may be occurring now in GDX.

GDX NOW: If this is a January Fakeout similar to 2016, then prices could be approaching an important bottom. They may reverse higher from here, or perhaps GDX will undercut the $28.33 level. Either way, I see the potential for a face-ripping rally starting soon.

Note: We are at the start of another Fed-rate hiking cycle, just like 2016. 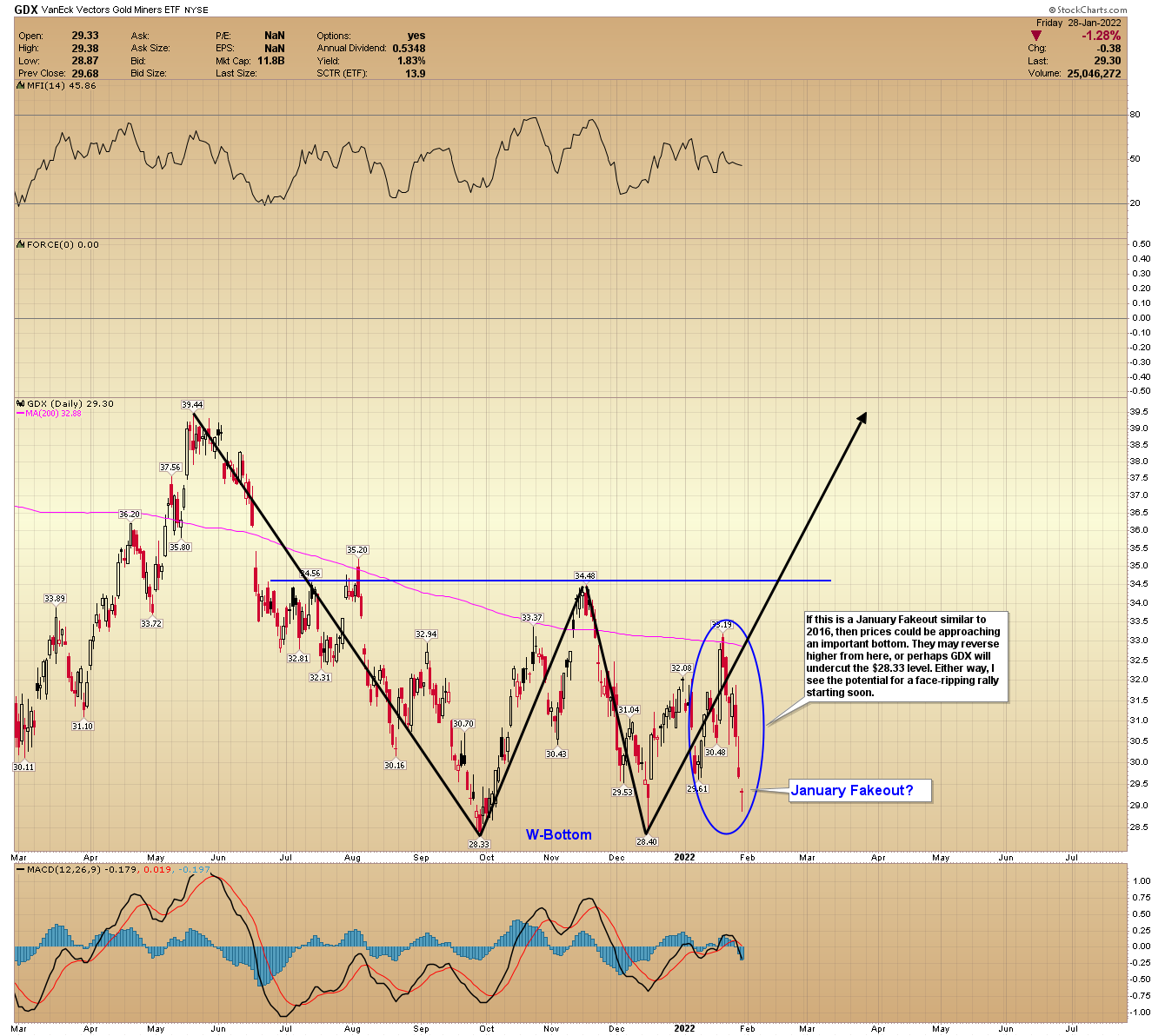 This article was published Posted on February 16, 2022 in Categories Free Updates, Updates