Sometimes, I fear my obsession with Tesla prices collapsing borders on the unhealthy side. I’ve gotten to the point where I’m timing the rebounds of Amazon post the 1999 tech bubble.

POST TECH BUBBLE AMAZON COLLAPSE: In the first quarter of 2000, Amazon shares declined into late January, bounced into early February, declined into Mid-March, rallied into late March, and from that late-March high, prices collapsed 45% by mid-April. 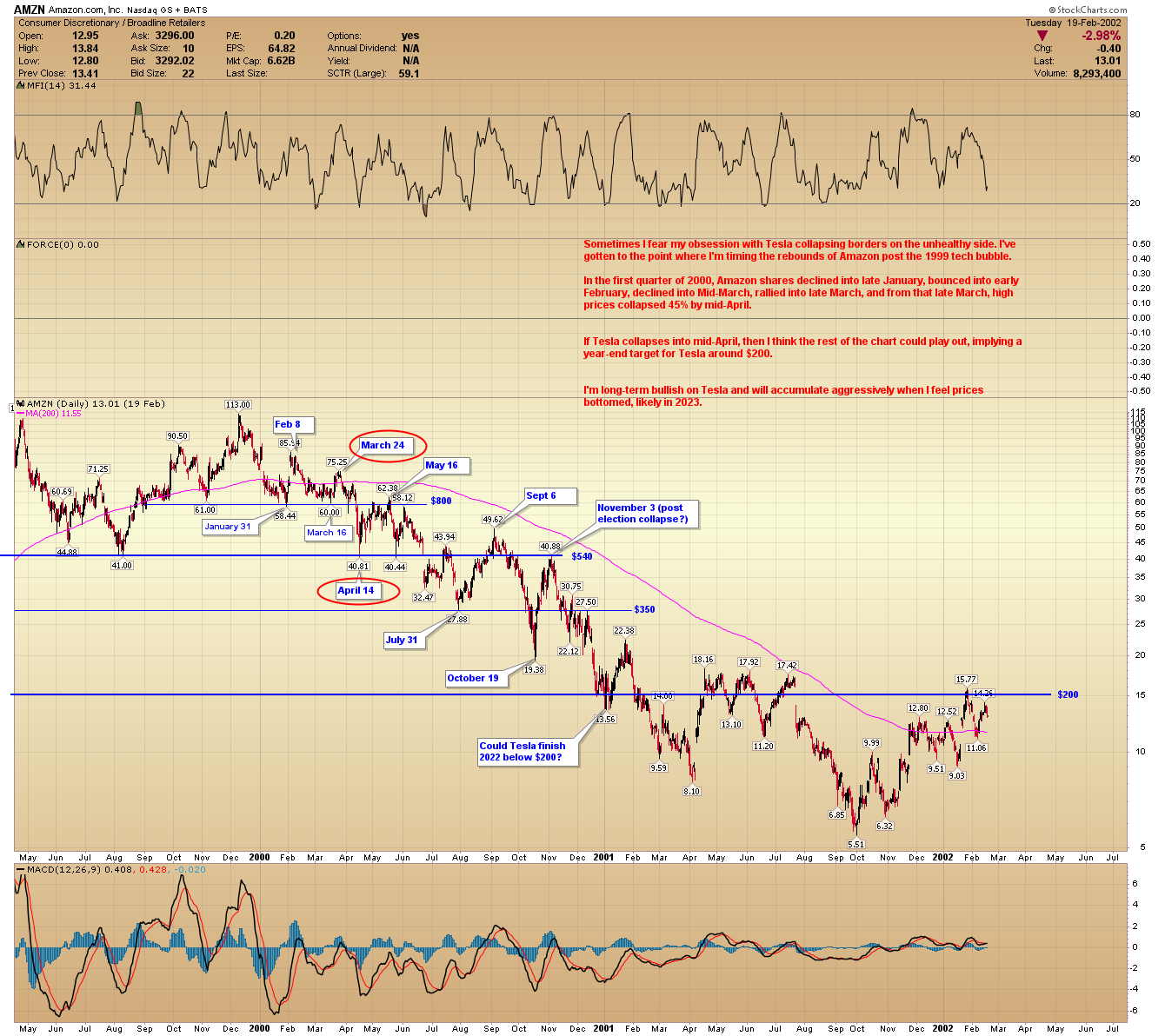 If Tesla peaks in the coming days and collapses into mid-April, I think the rest of the chart could play out, implying a year-end target for Tesla around $200.

I’m long-term bullish on Tesla and will accumulate aggressively when I feel prices bottomed, likely in 2023.

TESLA NOW: If Tesla follows the post-tech collapse of Amazon in 2000, then we could see an important top in the next few trading days, followed by a collapse to around $550 by mid-April.

With prices soaring, the odds for a 45% decline within the next 3-weeks seems improbable. Nevertheless, it may be worth watching. 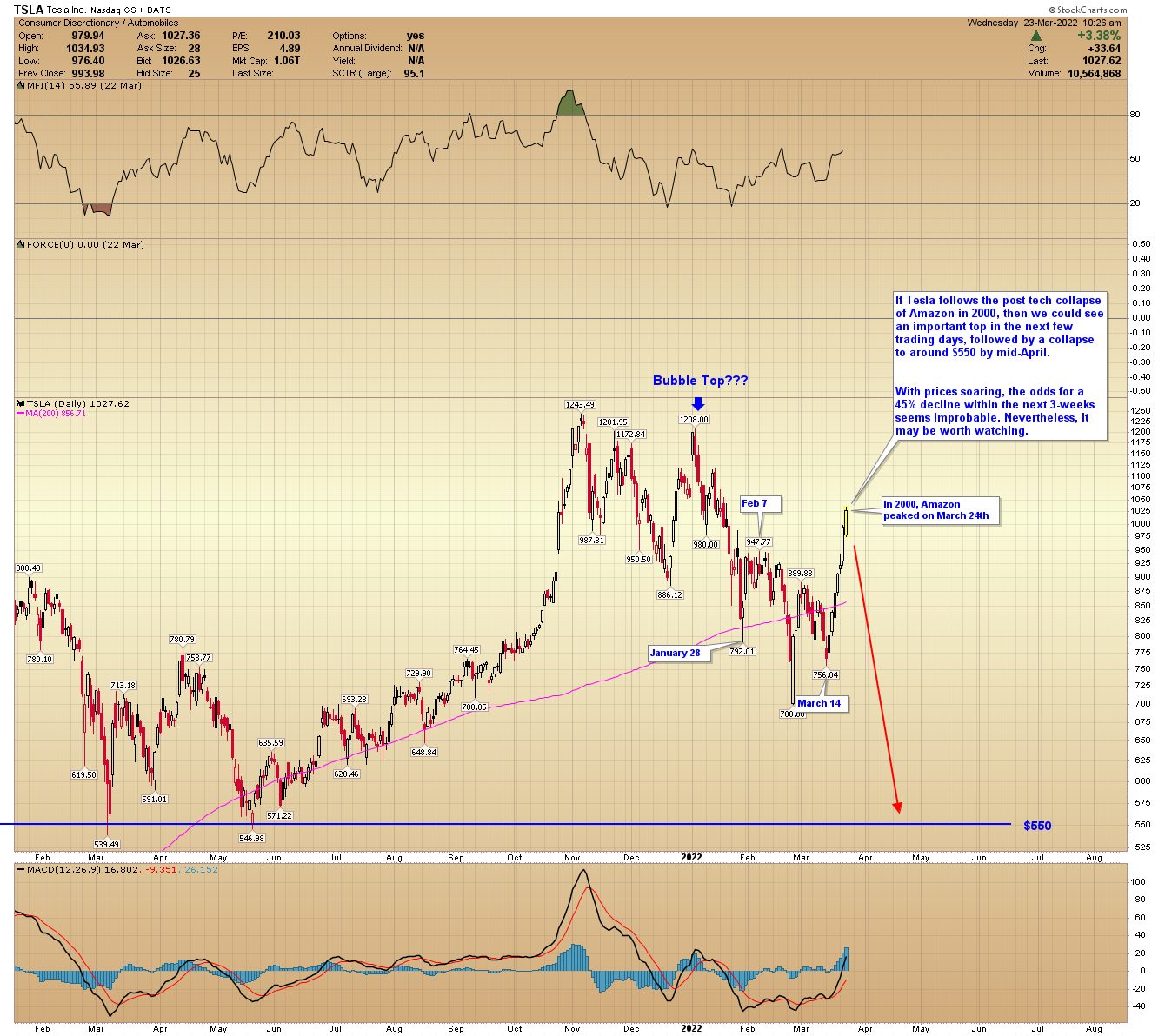 This article was published Posted on March 23, 2022 in Categories Free Updates