The move into risk assets over the last few weeks has been surprising. We were due for an oversold bounce in stocks and bitcoin, but this seems excessive. Are we about to see a rug pull? Why is gold down while stocks are rallying?

The current stock market conditions remind me of February 2020. Right before the covid-19 collapse, despite glaring evidence supporting much lower values, stocks continued to rise. They stopped rinsing and collapsed in March. Why did stocks rally before the collapse? Some argue because of clearinghouses.

In a recent interview with Russell Clark on Blockworks, clearinghouses may not adjust for risk well. Basically, they won’t notice a problem until it’s too late. Consequently, markets miss out on key price signals alerting them to potential trouble. Is that happening now? Maybe.

What would support a sustained rally in stocks? Money flows. We are beginning to see evidence of money flowing out of bonds and into stocks. Why would money flow into stocks from bonds at these valuations? Simple – because bond investors are getting killed.

Investors in ultra-duration Austrian bonds have lost 50% over the last 3-months, according to a recent post. That, combined with profoundly negative real yields may be too much for bond holders.

Twitter Post: Remember that #Austria (almost) 100-year bond? It has lost half its value in less than three months! @jsblokland

According to Jim Bianco, March is shaping up to be the worst total monthly return in over 42 years. 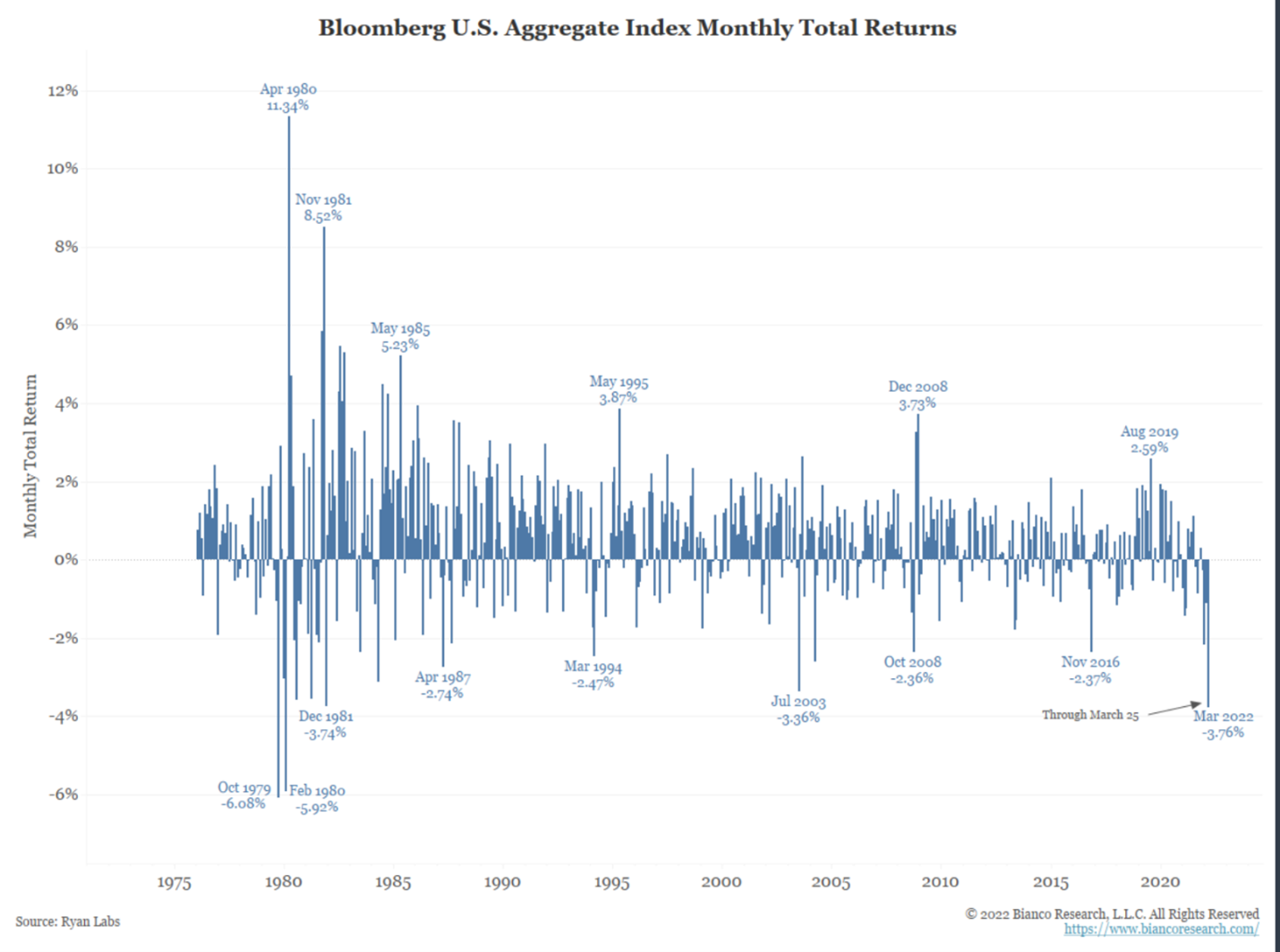 Conclusion: switching from bonds to stocks as the Fed tightens is like jumping out of the frying pan into the fire. They will probably regret that decision. How long can markets rise? It’s anybody’s guess, but this can’t last forever, in my opinion. 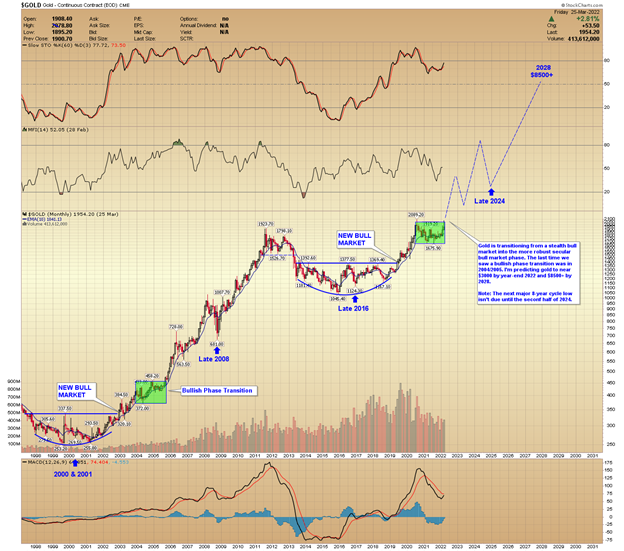 Summary: Once investors realize neither stocks nor bonds are safe, they might finally wake up and turn to gold. I expect that to fuel the next phase of the gold bull market.

This article was published Posted on March 28, 2022 in Categories Free Updates