One of the benefits of being in the markets as long as I have is the feeling of familiarity during various cycle phases.

The current rout in precious metals has been swift, deep, and relentless. The last time I felt this was in 2018 when prices continued persistently lower despite steller fundamentals and deeply oversold technicals.

With this in mind, I went back to the charts to compare the differences between then and now. What I found was interesting: the previous 4-year cycle spent two years consolidating, followed by a 2-year bullish advance. The current setup is on the same course, and after 2-years of consolidation (2020 to 2022), a new 2-year bullish advance may soon begin.

GOLD CYCLE: Since gold bottomed in late 2015, prices have followed a parallel pattern. Once a cycle peaks (2016/2020), there is a severe correction into an initial low. After the initial low, prices grind higher to retest the previous peak – prices fail to breakout, and we see a final decline and bearish capitulation. After capitulation – a new 2-year advance begins. 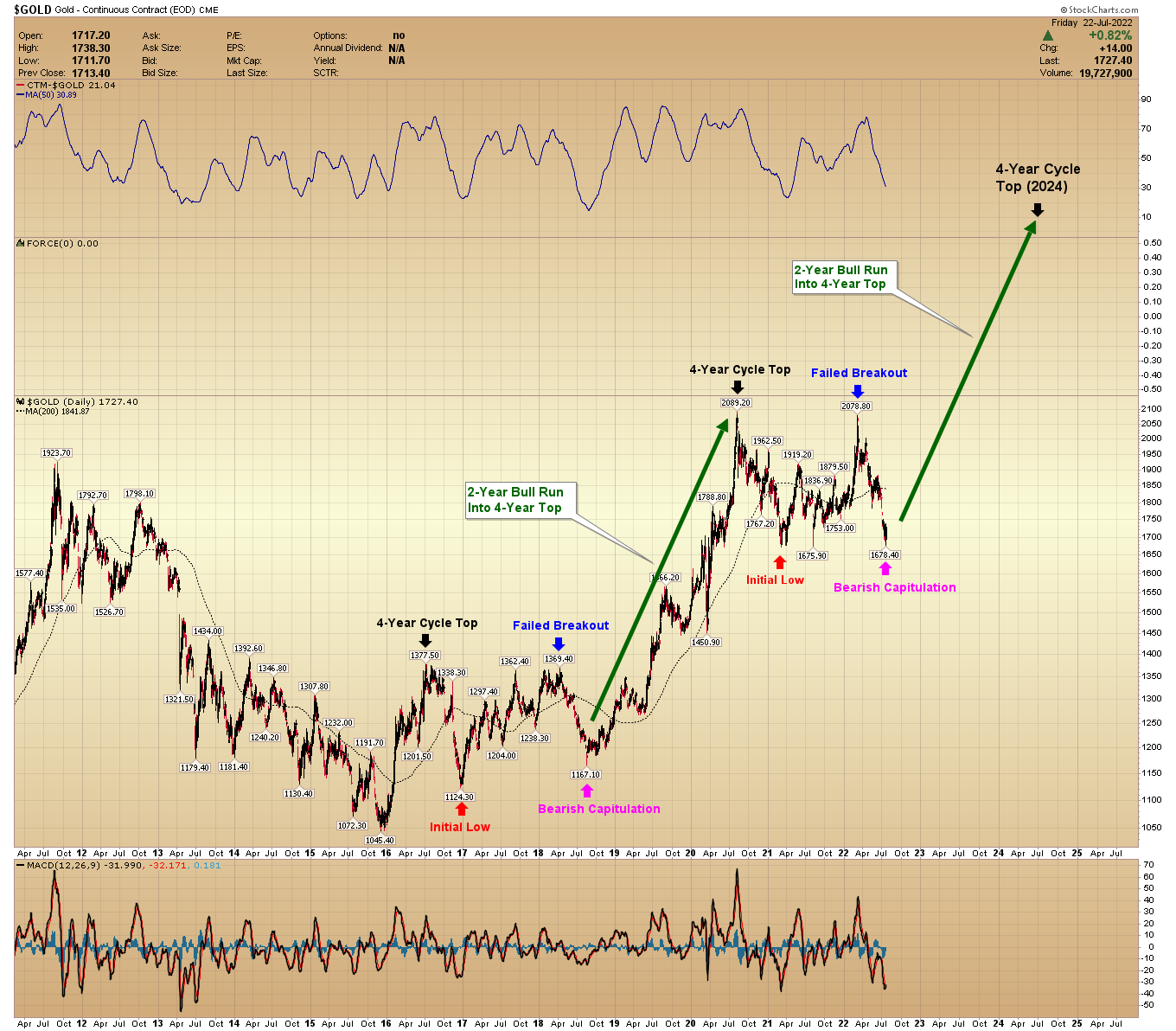 TAKEAWAY: I think we are nearly done with the bearish capitulation phase of this cycle, and the next 2-year advance will soon begin.

If my analysis is correct, precious metal investors that stand firm and stay the course could be richly rewarded over the next 2-years.

This article was published Posted on July 24, 2022 in Categories Free Updates