Forming a top can be quite the process, some cycles seem to drag out as Bulls and Bears fight for control. This cycle has topped, but there are still late comers (bulls) trying to buy, and volume is receding with each rally. Prices will trend lower over the next several weeks and are likely bottom in mid-June, around the time of the next Fed meeting. I fully expect the Fed to postpone raising interest rates once again, and that action or lack thereof will produce the next 6-month low in gold and silver prices.

-US DOLLAR- Prices closed higher for the sixth consecutive day and above the upper boundary of the descending wedge pattern. The next area of resistance will be the 50-day ema and the 95.20 level. 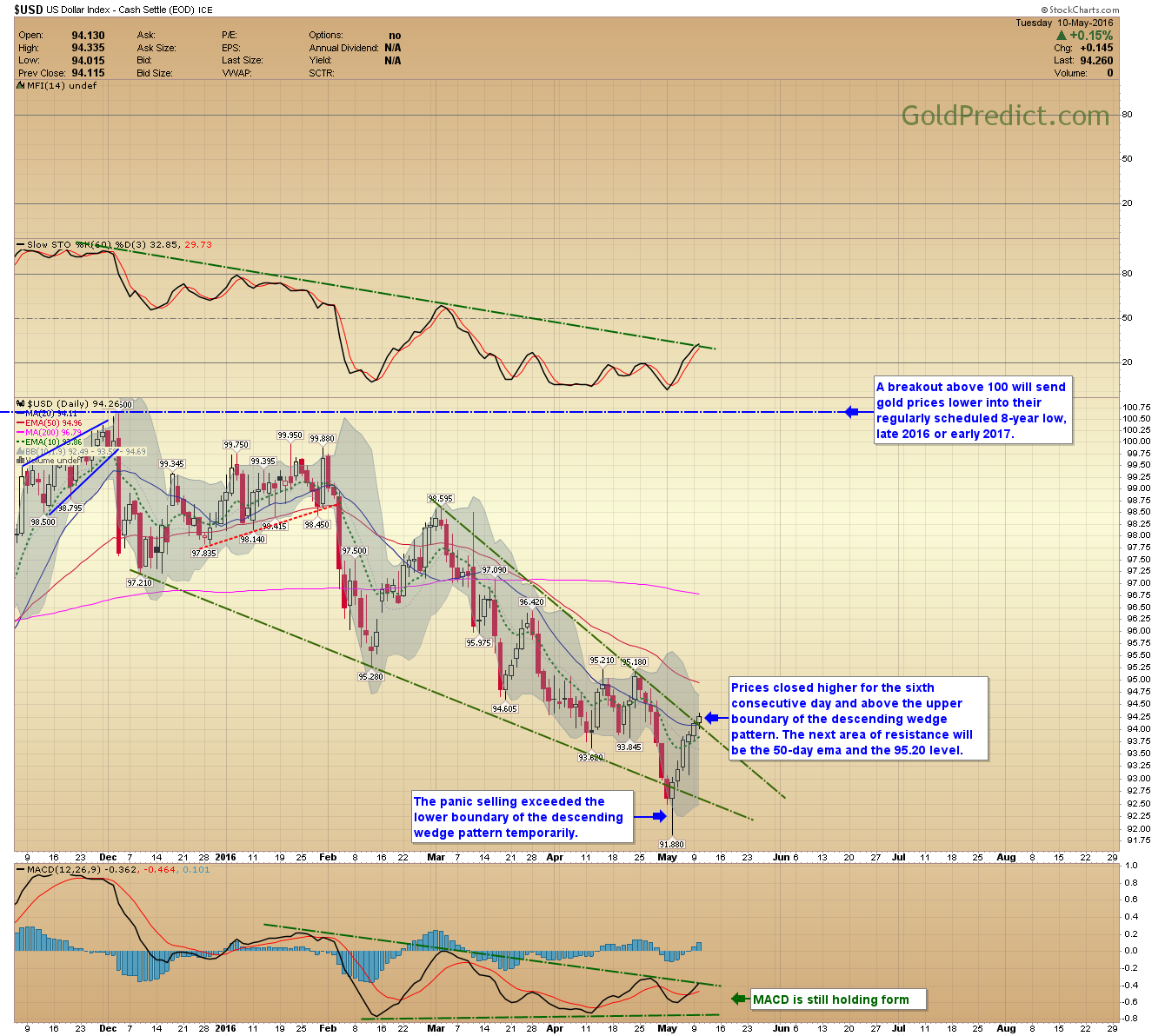 -GOLD- Prices bounced slightly after yesterday’s down day, the breaking of the dashed trendline will see the price drop intensify. 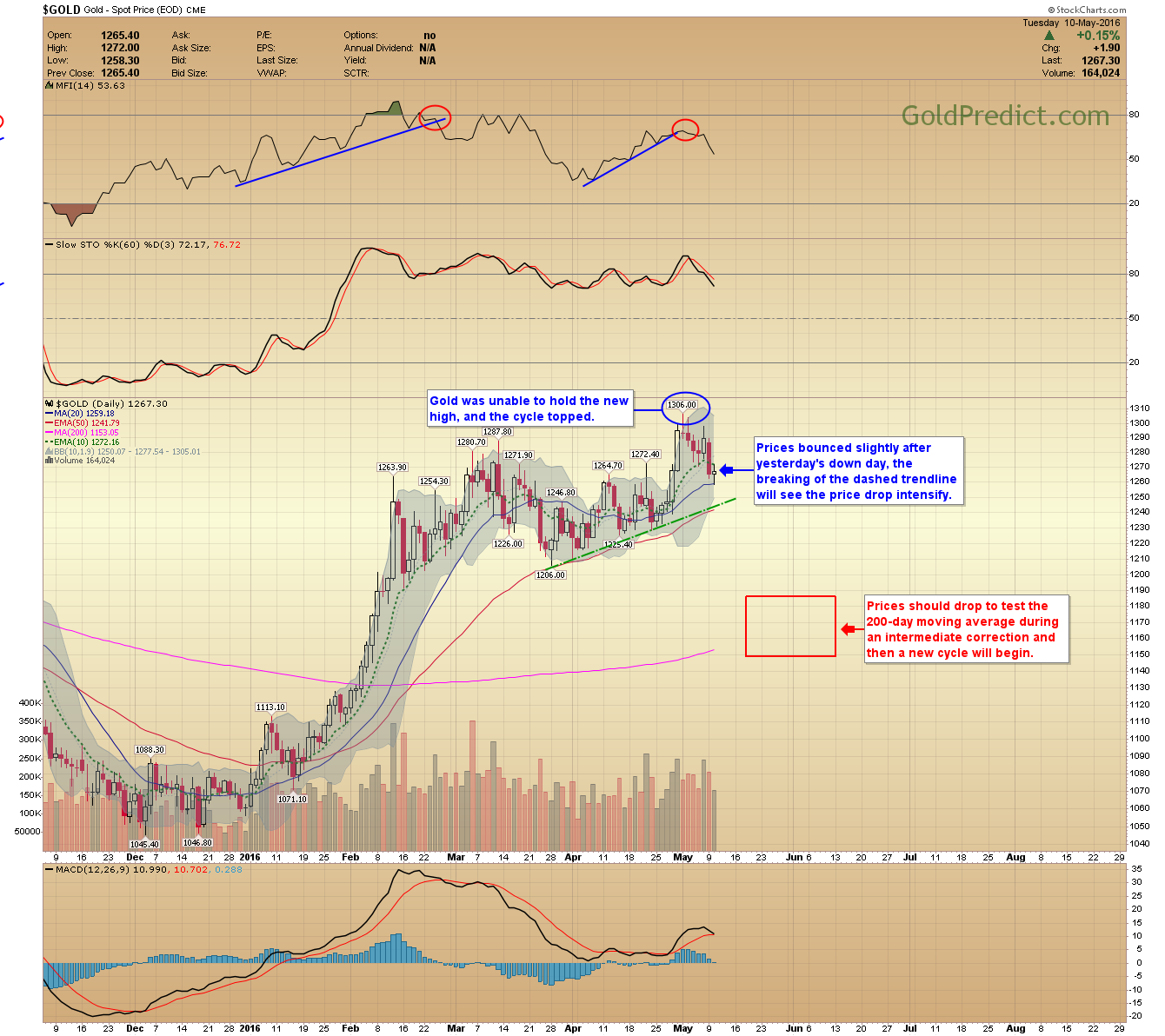 -SILVER- A bit of a bounce today off the 20-day EMA, prices should drop to the $16.00 level during the next downswing. 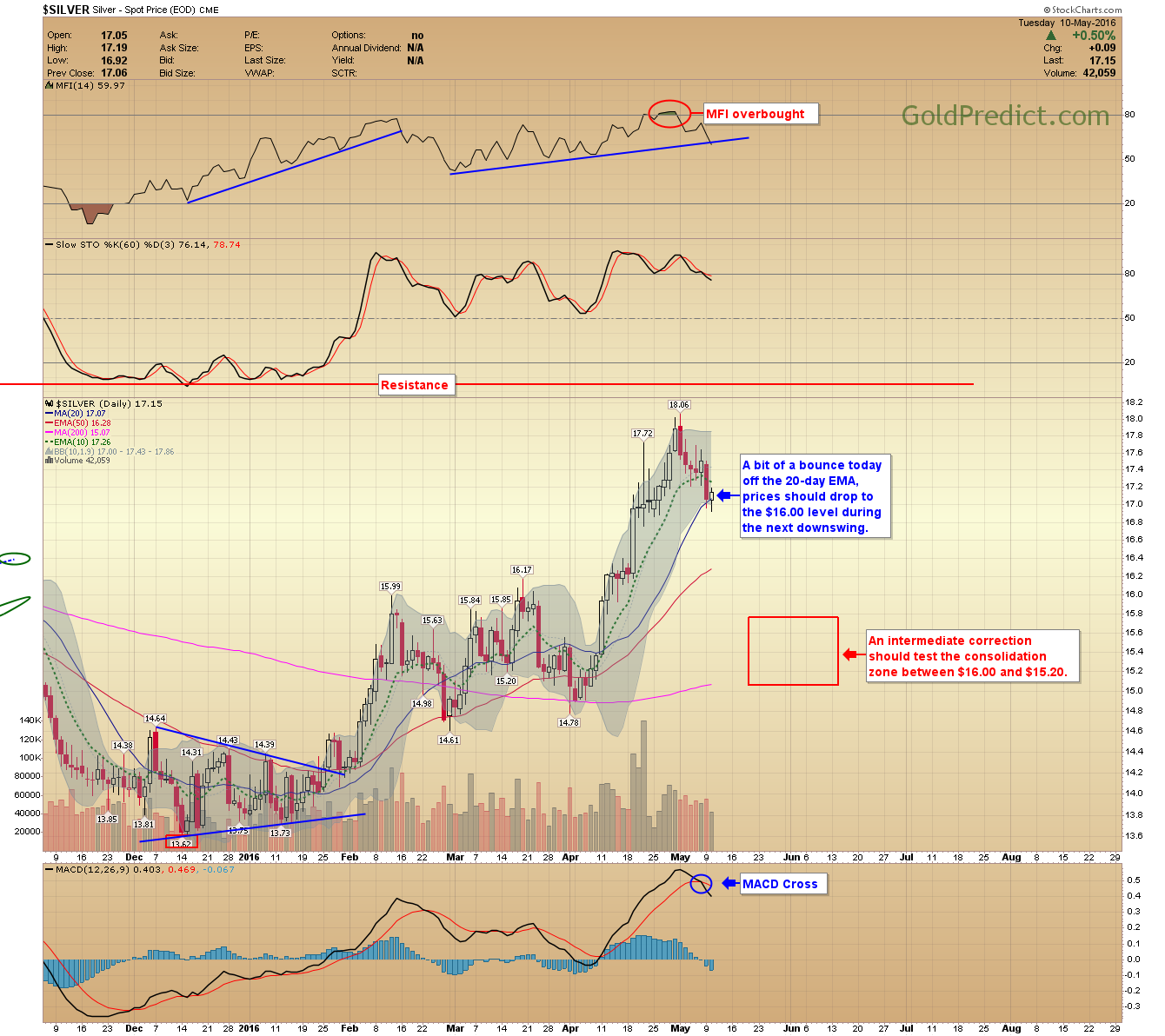 -GDX- Prices could be closing the gap that formed yesterday before heading lower. Nevertheless, the decline into mid-June has begun. Note, the reduced volume today. 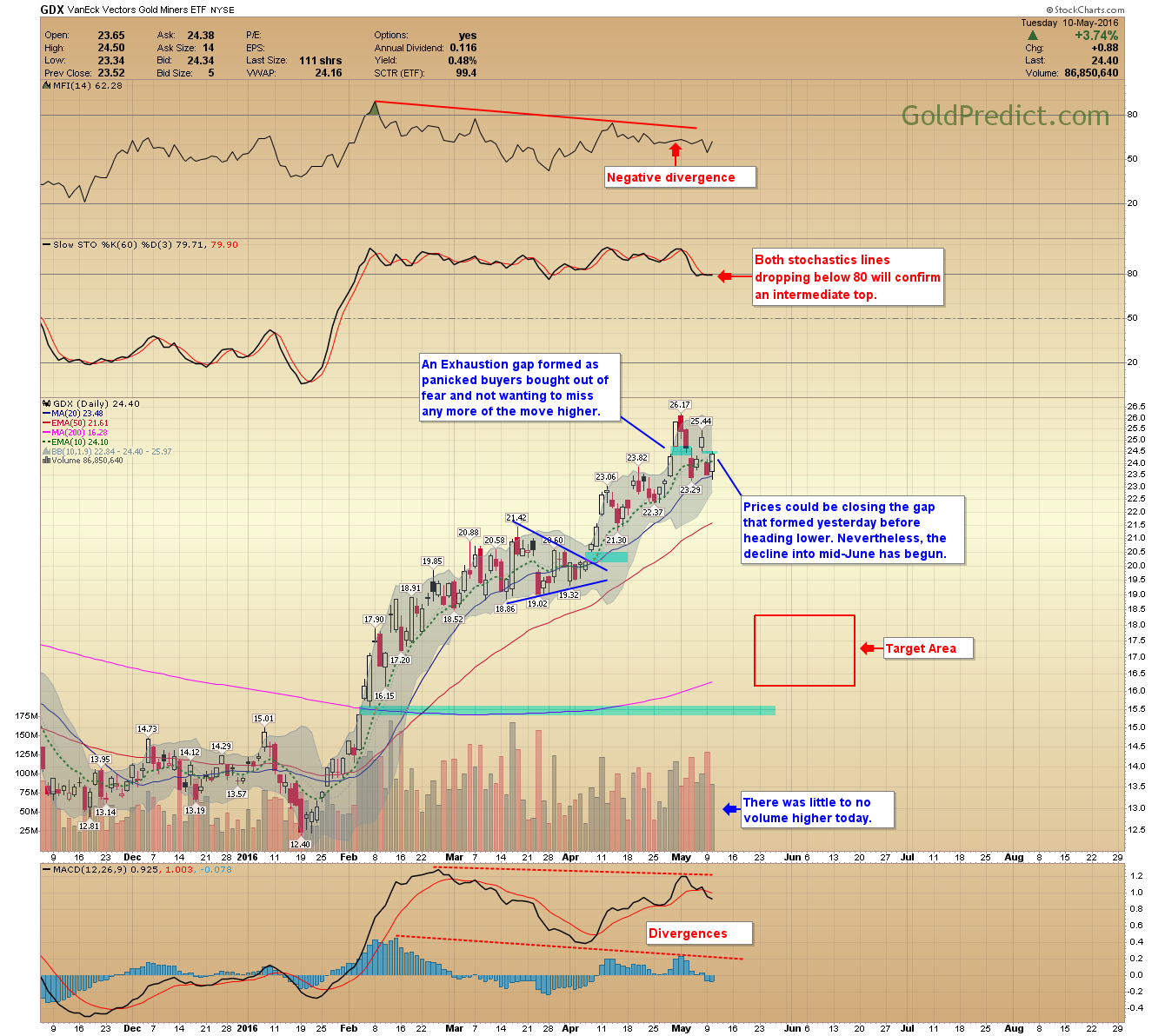 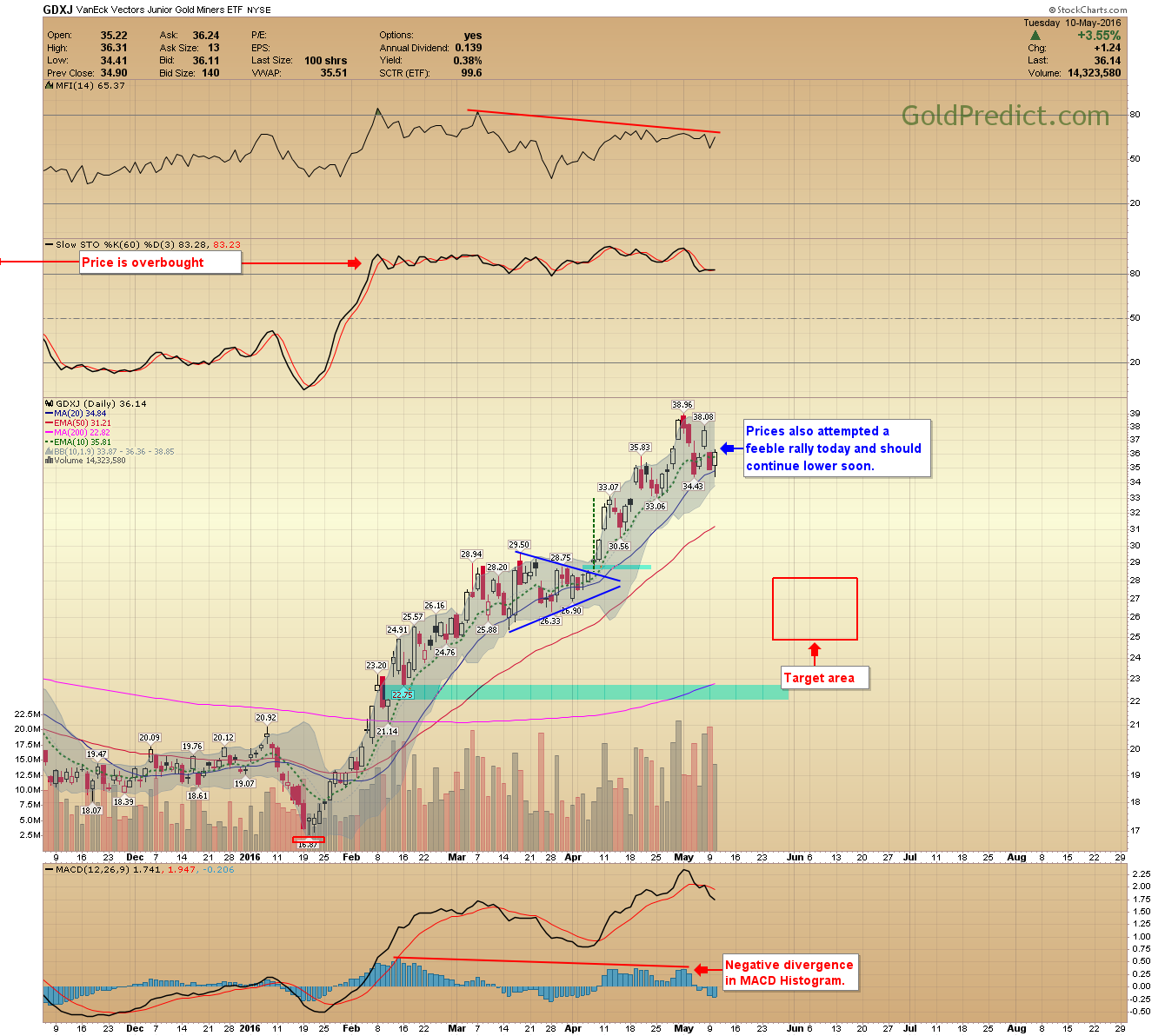 -SPY- Overall I expect the stock market to make new all-time highs but felt a deeper correction was in order first. I will be watching for signs of prices rolling over later in the week. 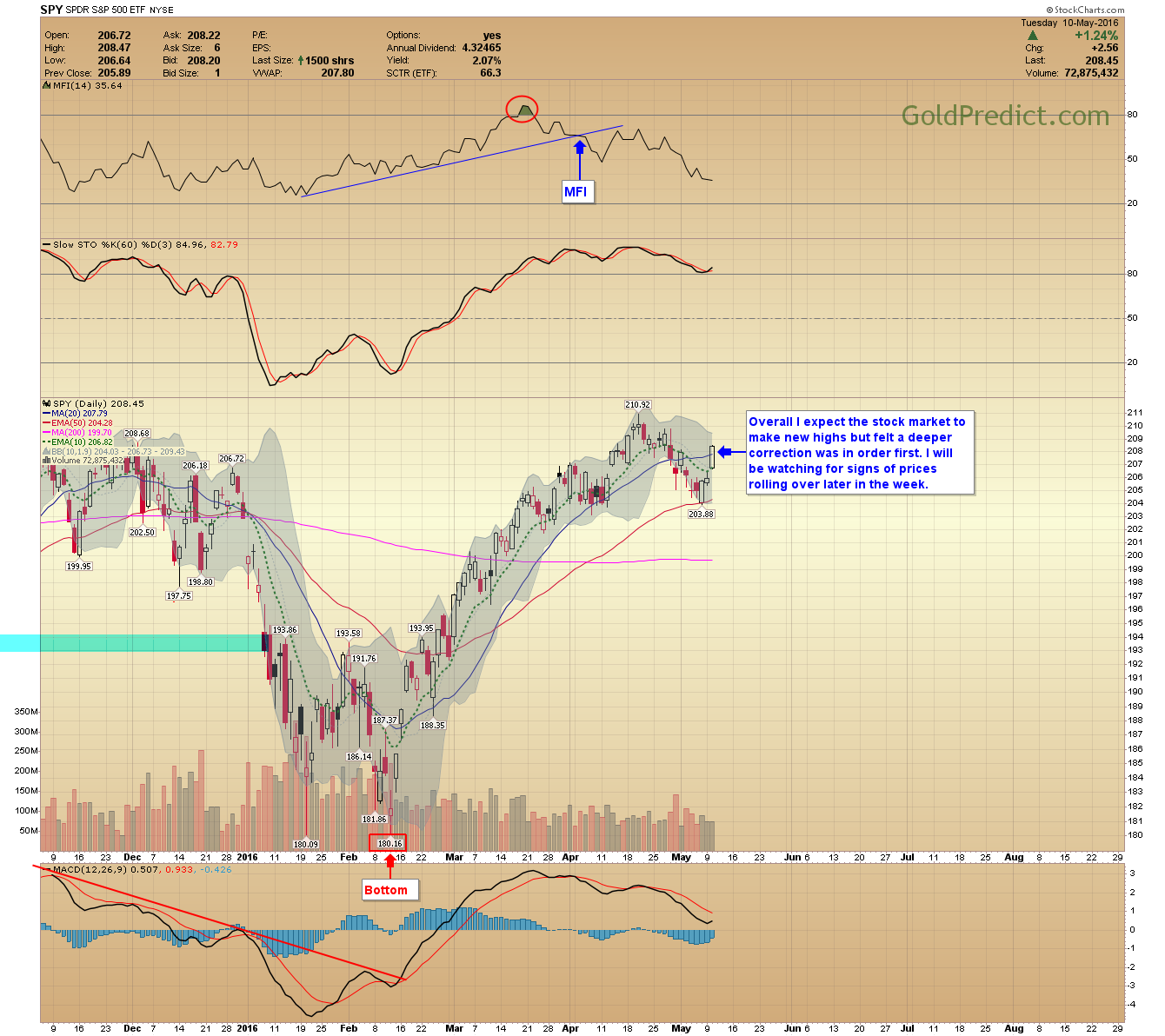 -WTIC- Prices reached higher today, but the overall structure looks ready for further correction, perhaps to around the $39.00 level for starters. 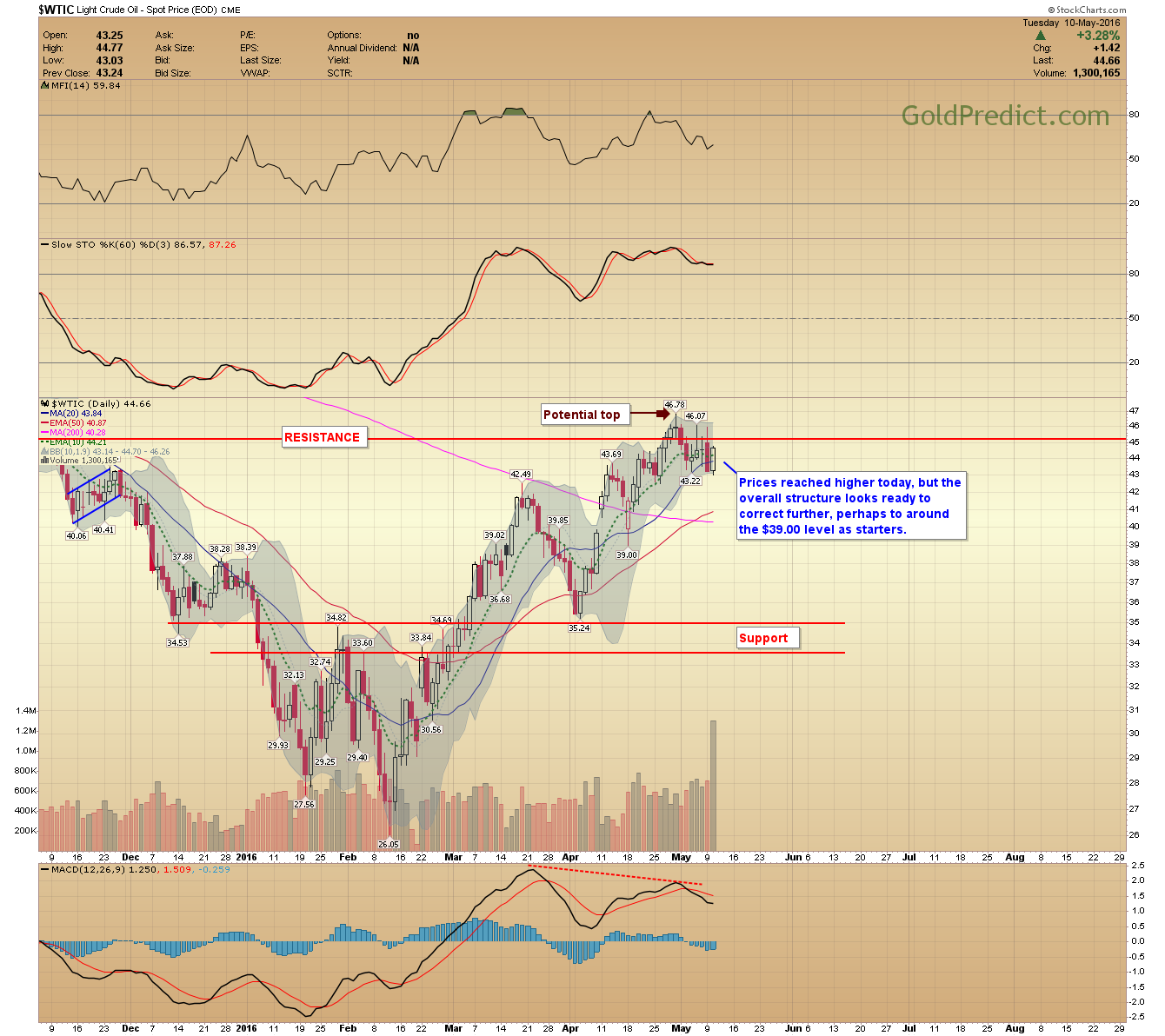 Precious Metals and Miners are expected to drop to their respective target areas and form an intermediate low around mid-June; the next Fed meeting (June 14-15). I may need to adjust the target areas slightly. However, the 200-day moving averages seem like a good area of focus.

This article was published Posted on May 10, 2016 in Categories Free Updates, Reports