I sometimes look at the money flows for clues regarding potential turning points in price. These numbers aren’t always accurate, but scores of buying or selling can influence short-term market direction. Three of the last six trading days had moderate selling into strength numbers pop up in miners. This action supports prices dropping a bit further into their respective Buy Zones. 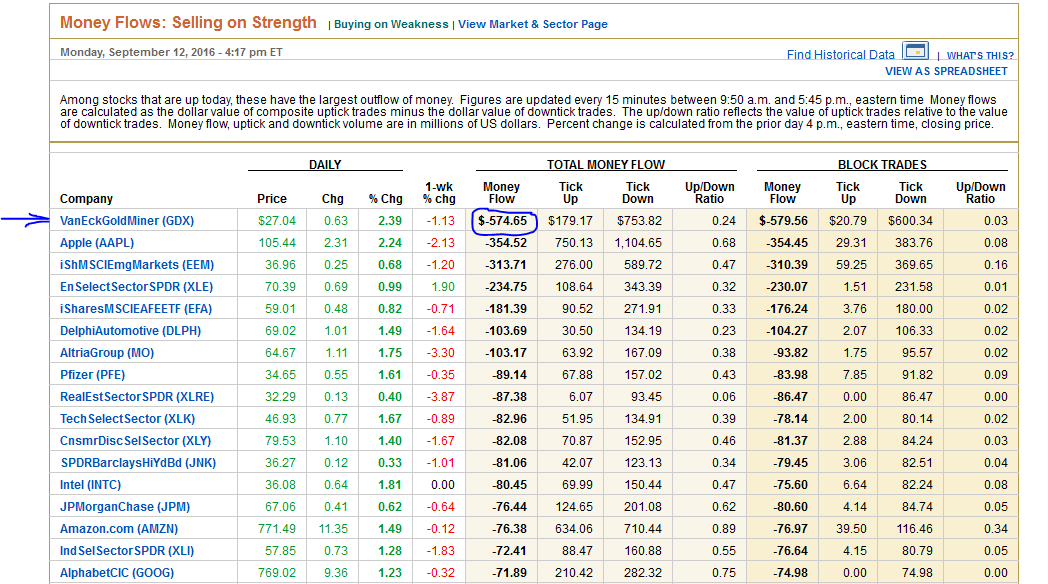 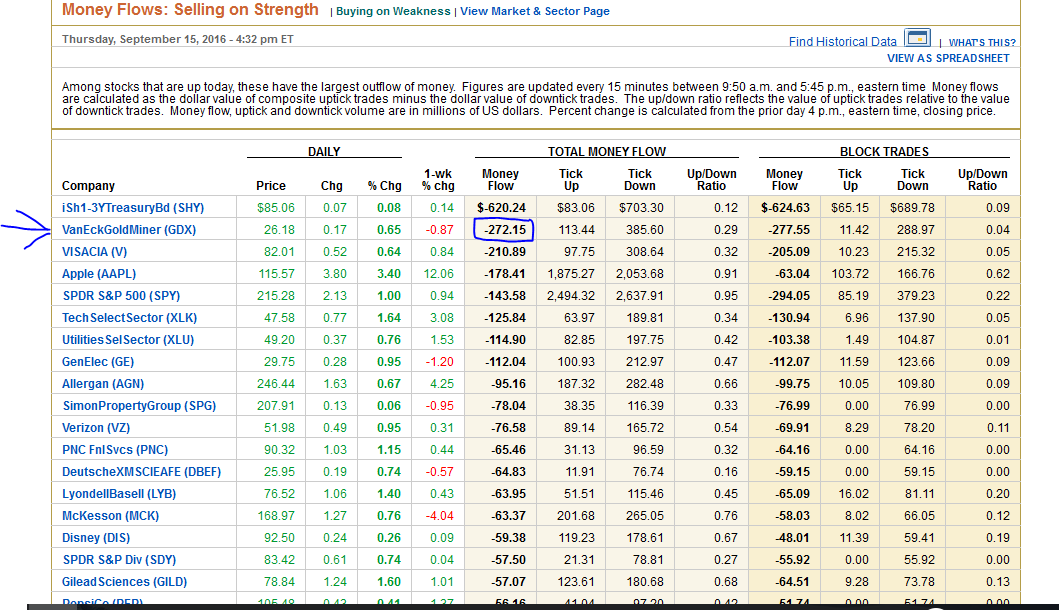 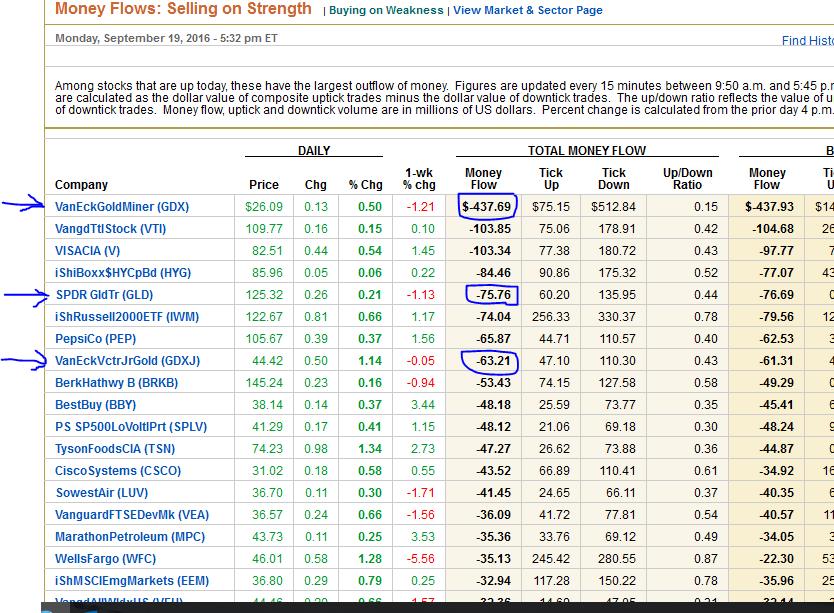 Conversely, if these numbers appeared in the buying into weakness column, I would be leaning towards a price bottom. Again, their track record isn’t perfect but more times than not they prove to be a suitable forecasting agent.

Money flow data is provided by the Wall Street Journal

This article was published Posted on September 19, 2016 in Categories Free Updates, Updates