The Odds Favor A Potential Bottom For Gold Prices Next Week

The last two months have been difficult for precious metal investors, and many have turned bearish. Prices have swung wildly in both directions whipsawing even experienced traders into submission. The charts have been difficult to decipher since October, to put it mildly. Nevertheless, a pattern has emerged supporting a potential low for gold prices next week.

The extended decline in gold has presented a similar setup to what we encountered in December of last year (see gold chart). The drop from early November is comparable in time and depth to the decline into the $1,045 low. If the correlation continues, gold prices could fall to around $1,150 next week and make a significant bottom around the time of the FED announcement.

The COT also supports a possible low. Commercials have reduced their short exposure by 33% (from 360K to 241K) since November 14th and approximately 50% from the July 8th high of 464k contracts. Not the lowest levels we’ve ever seen but a step in the right direction.

The market is estimating a 95% chance of a rate increase next week. Participants are anxious to hear the FED’s projection for continued rate hikes in 2017, and that will drive markets. A larger than expected increase or no rate at all hike would be unsettling to markets.

-US DOLLAR- It looks like the dollar reached a cycle low Thursday at 99.25; a close above the trendline is necessary for confirmation. The potential of a strong dollar and continued weakness in the EURO could make it difficult for gold prices. Their relationship is something we will continue to monitor. 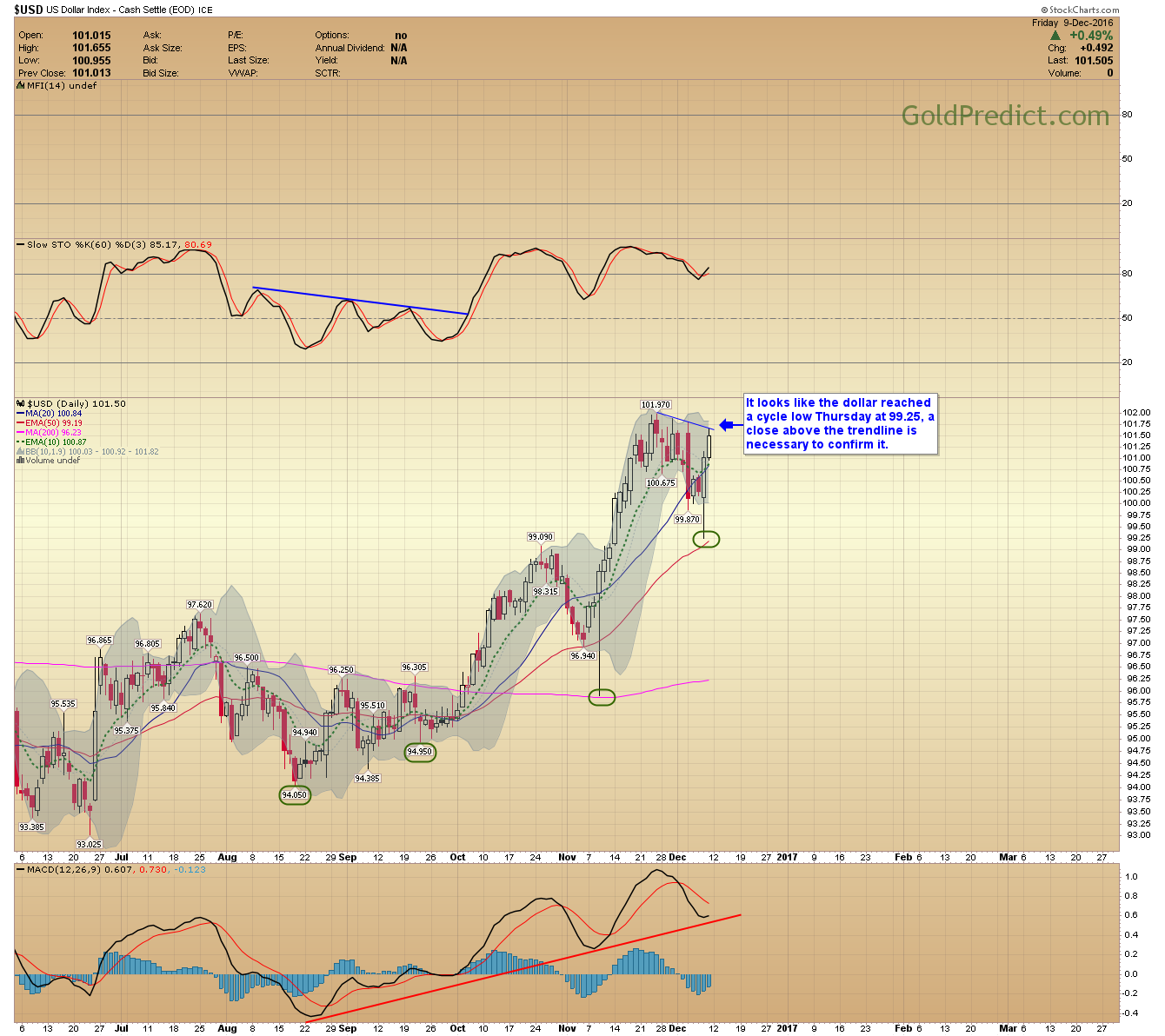 -GOLD- The drop into the December 2015 low is eerily similar to what we are currently experiencing. A close above the 10-day EMA and upper trend channel next week could signal a major low.

Note: A daily close below $1,130 would void the correlation, and a capitulation event would likely crash prices below $1000. In this event, my max low for gold would be $892.00. 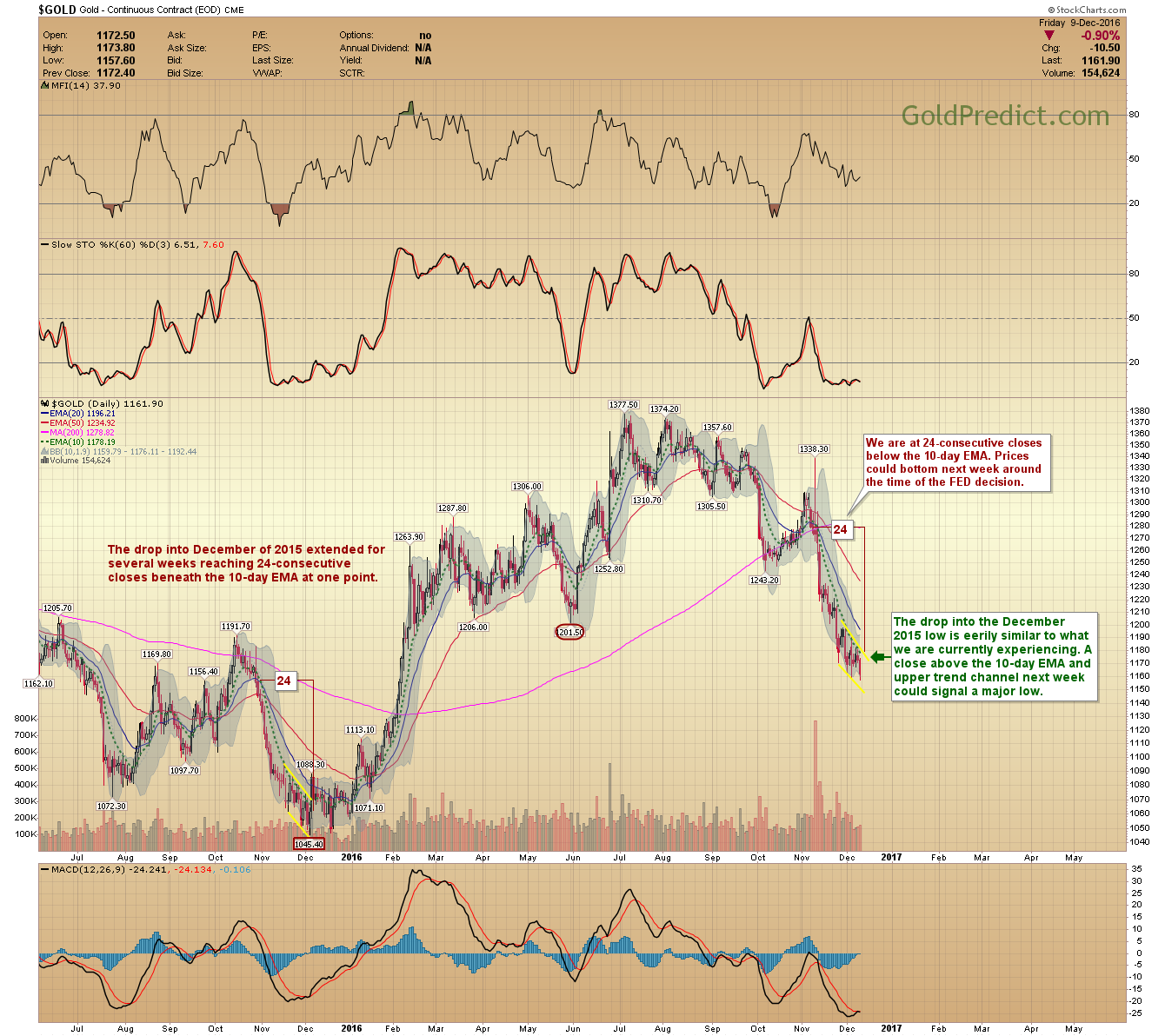 -SILVER- It would take a close below the trendline and then below $16.15 to void the positive divergence in silver prices. The relative strength to gold suggests silver prices will outperform during the next bull rally. 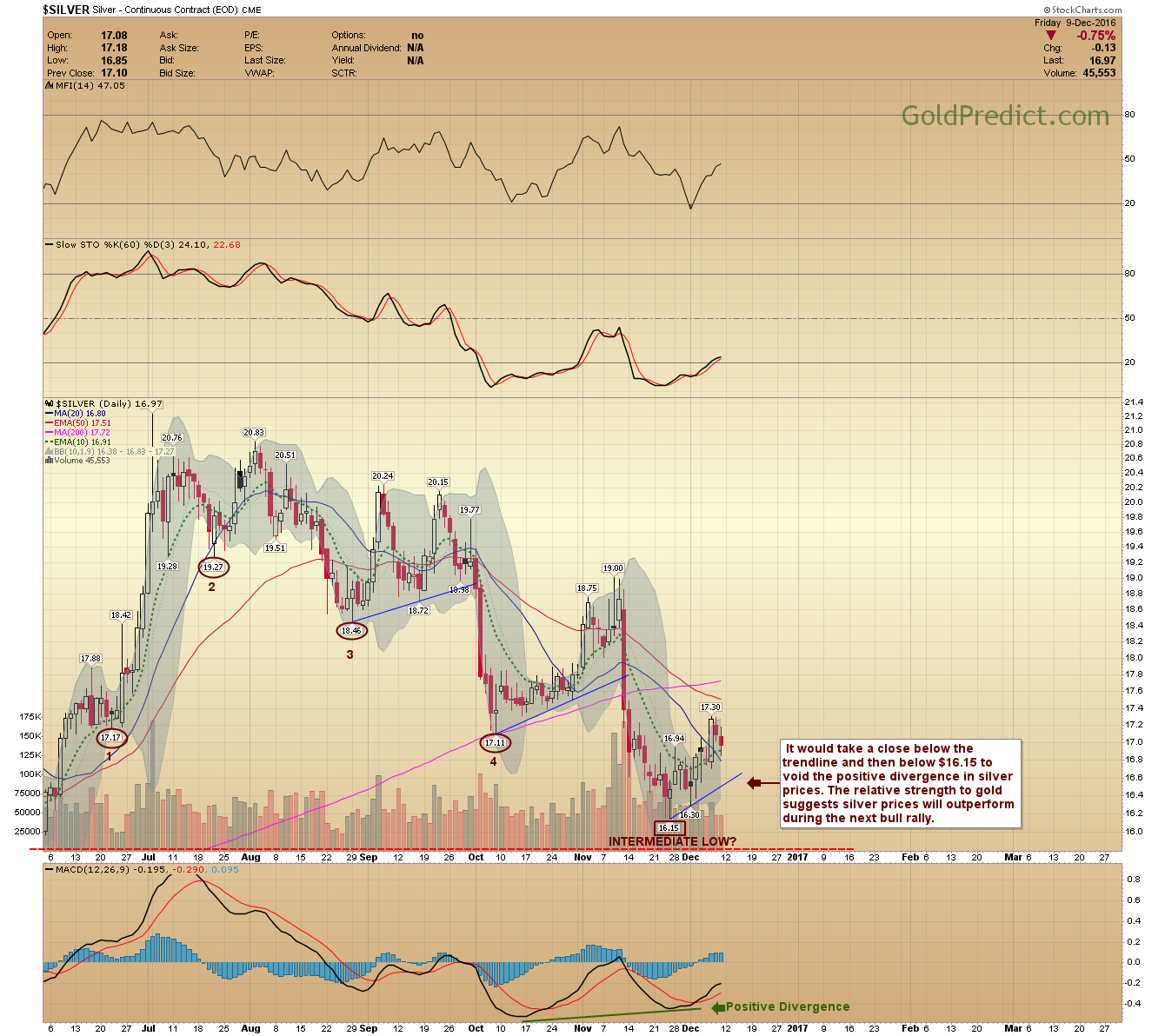 -XAU- Prices are testing the trendline once again. A solid close below it could trigger another wave of selling. 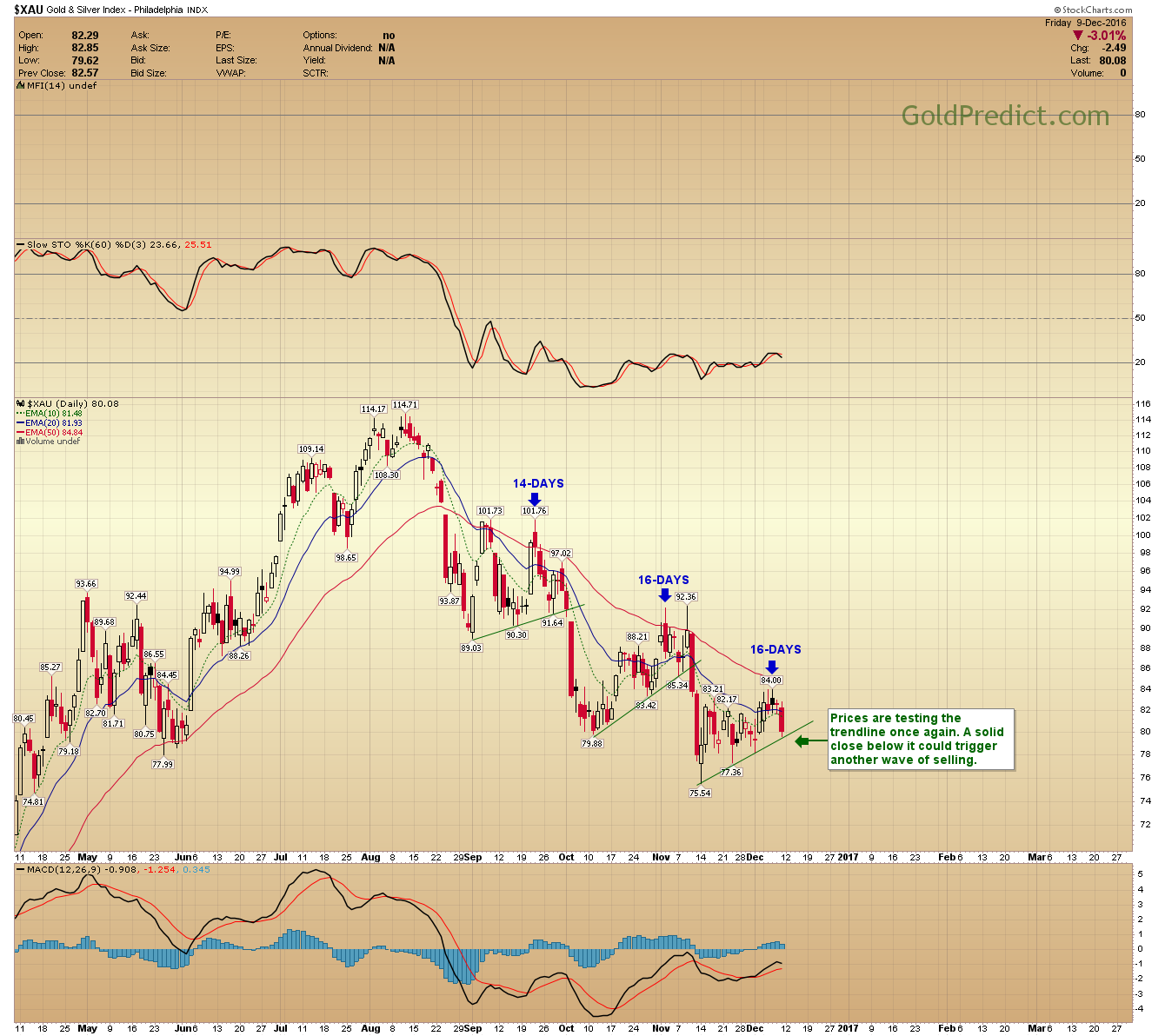 -GDX- Prices closed back below the 10-day EMA, however, there was a decent buying on weakness number that popped up after the close. 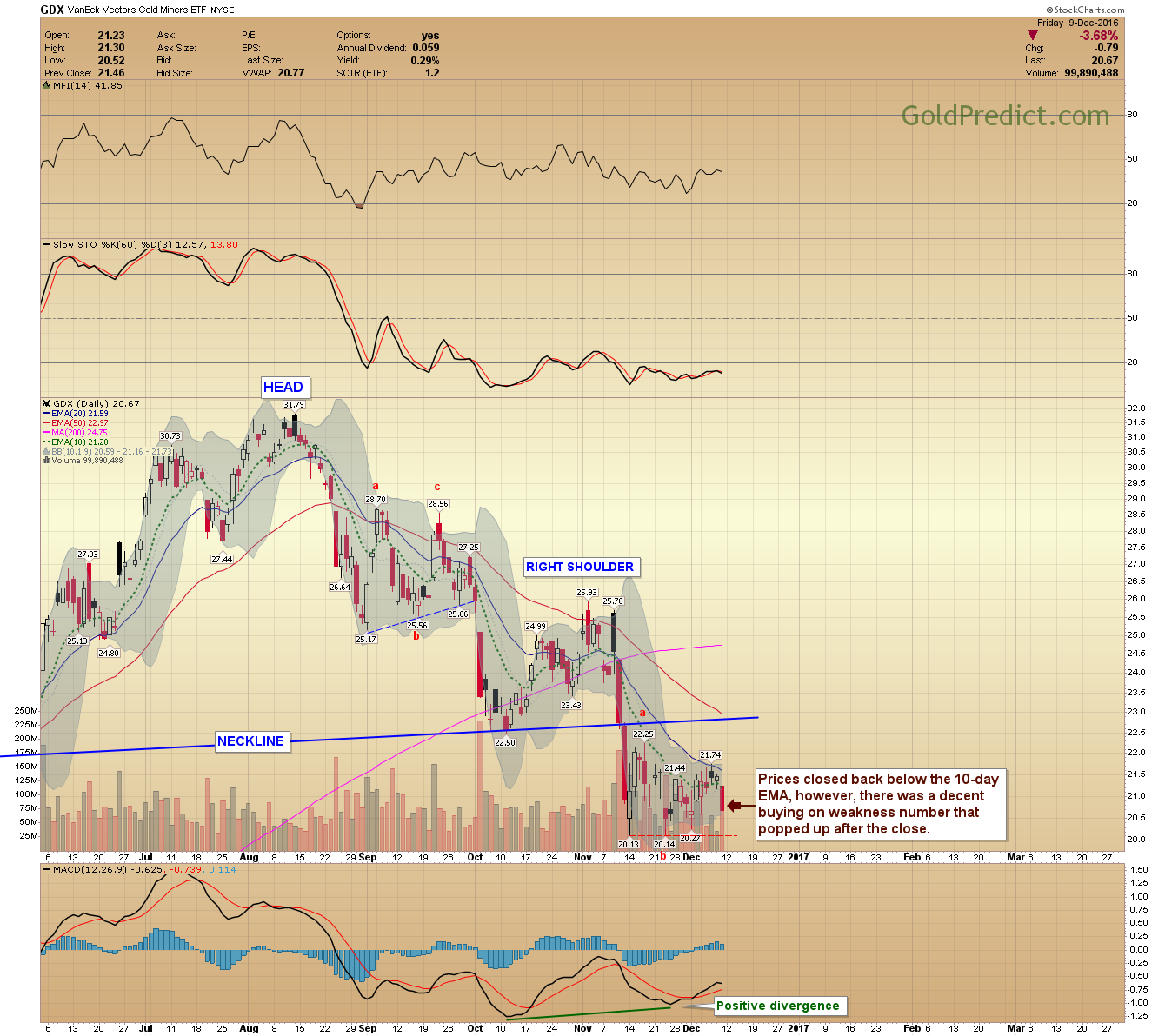 -BUYING ON WEAKNESS- Data provided by the Wall Street Journal. 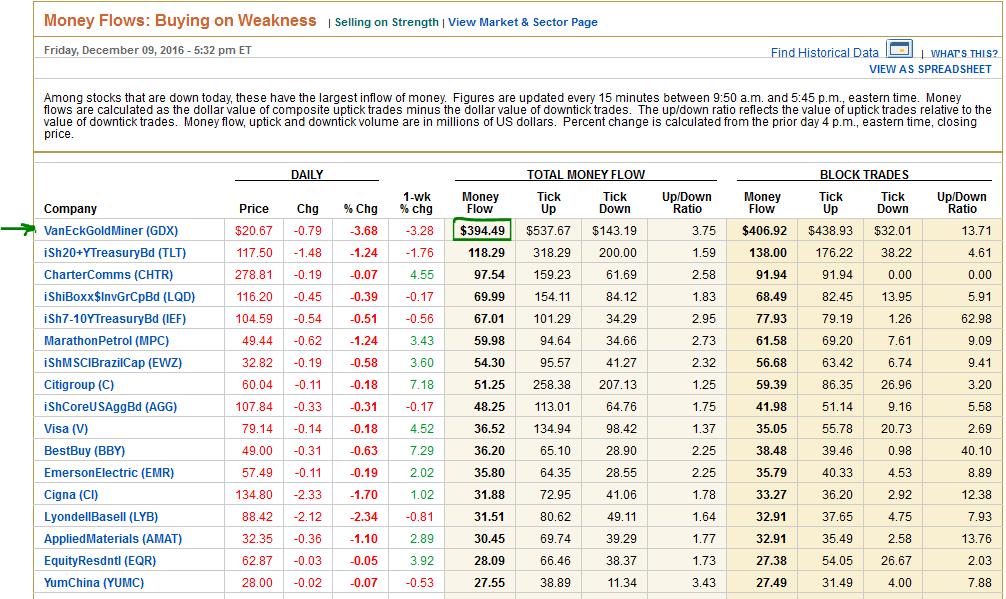 -GDXJ- Junior miners are testing the lower aspect of the triangle once again. It’s possible prices make a marginal low below $32.80 next week and then reverse higher. 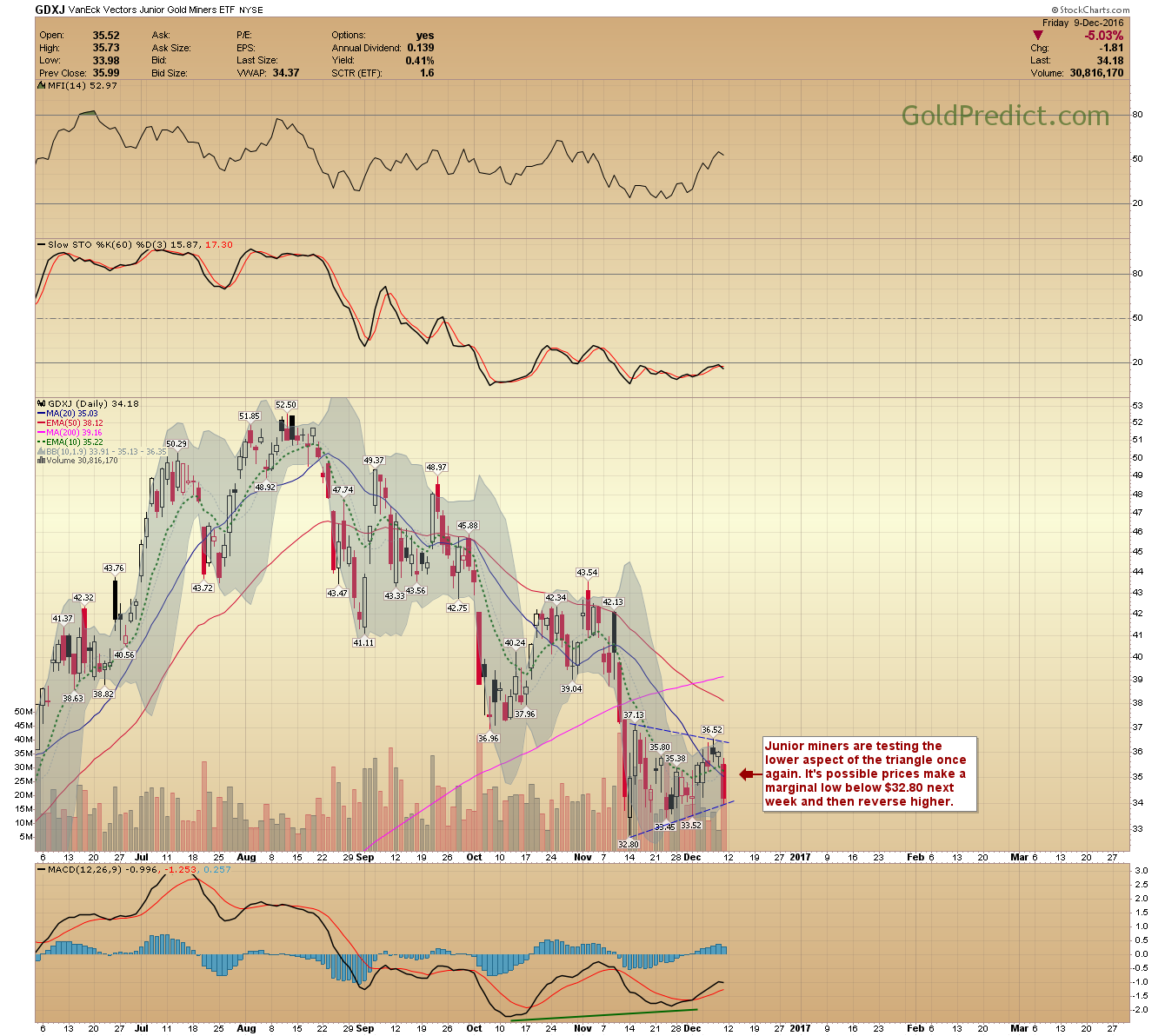 -DOW THEORY- The DOW theory non-confirmation was nullified this week as prices produced a higher high. 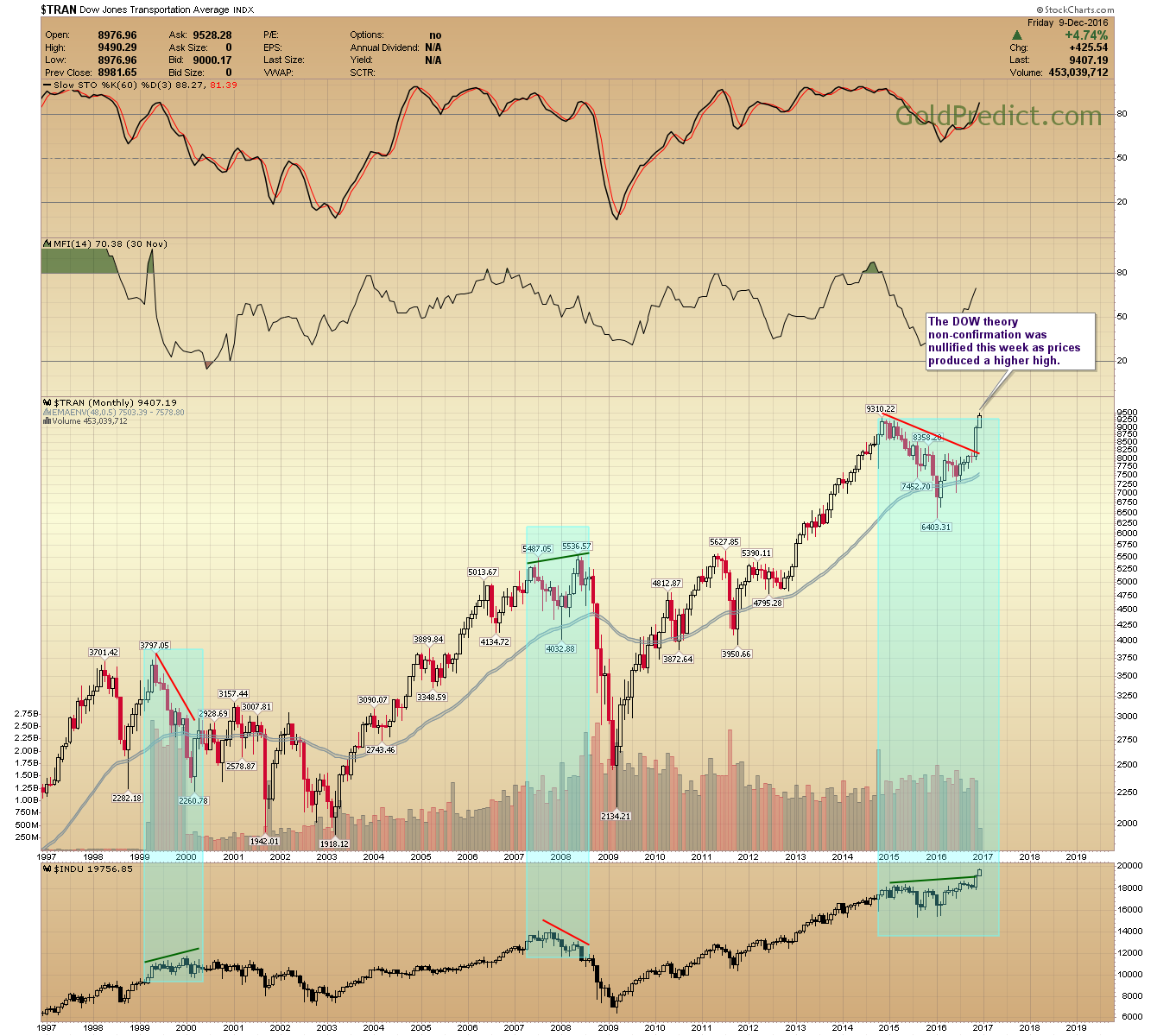 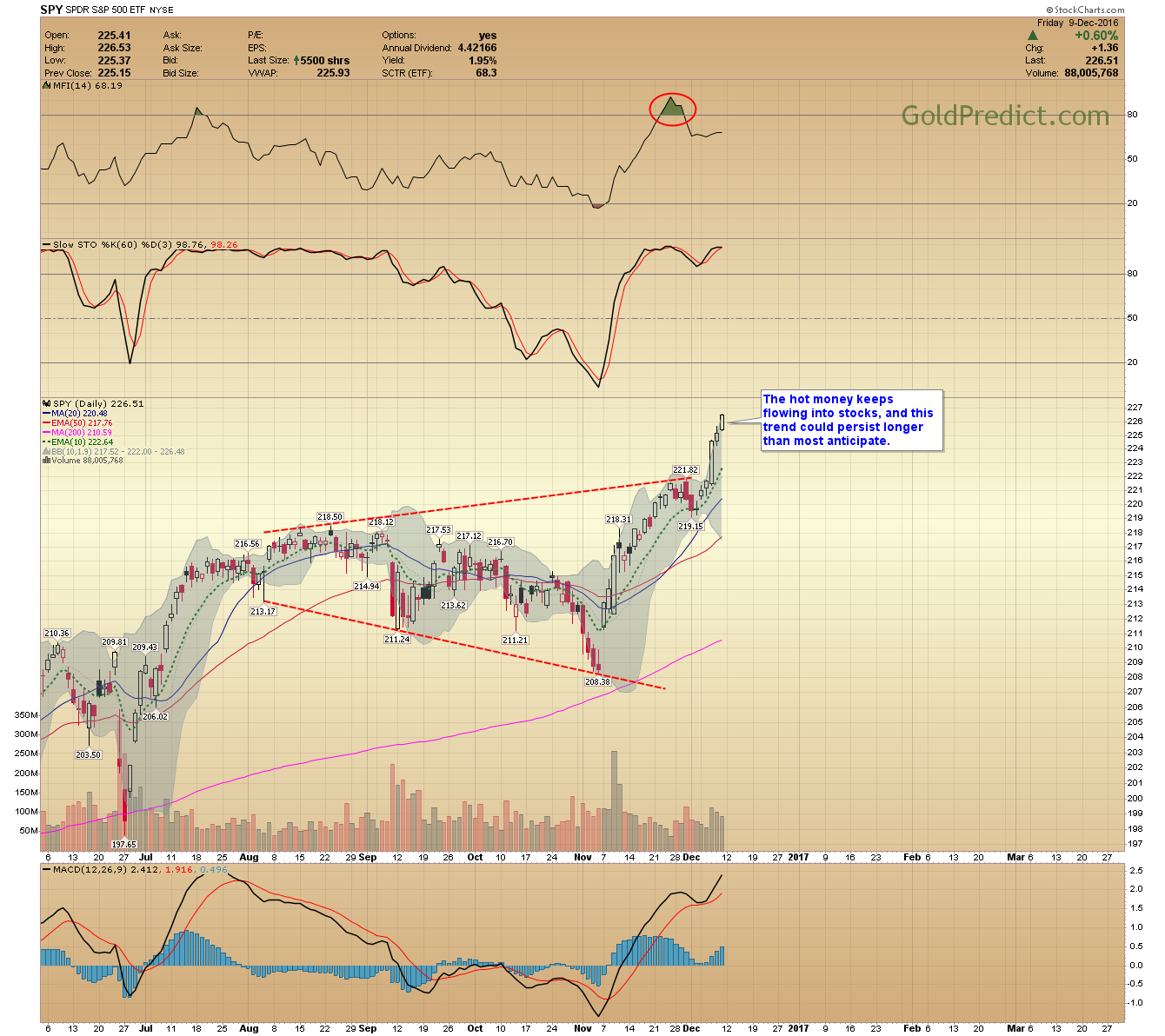 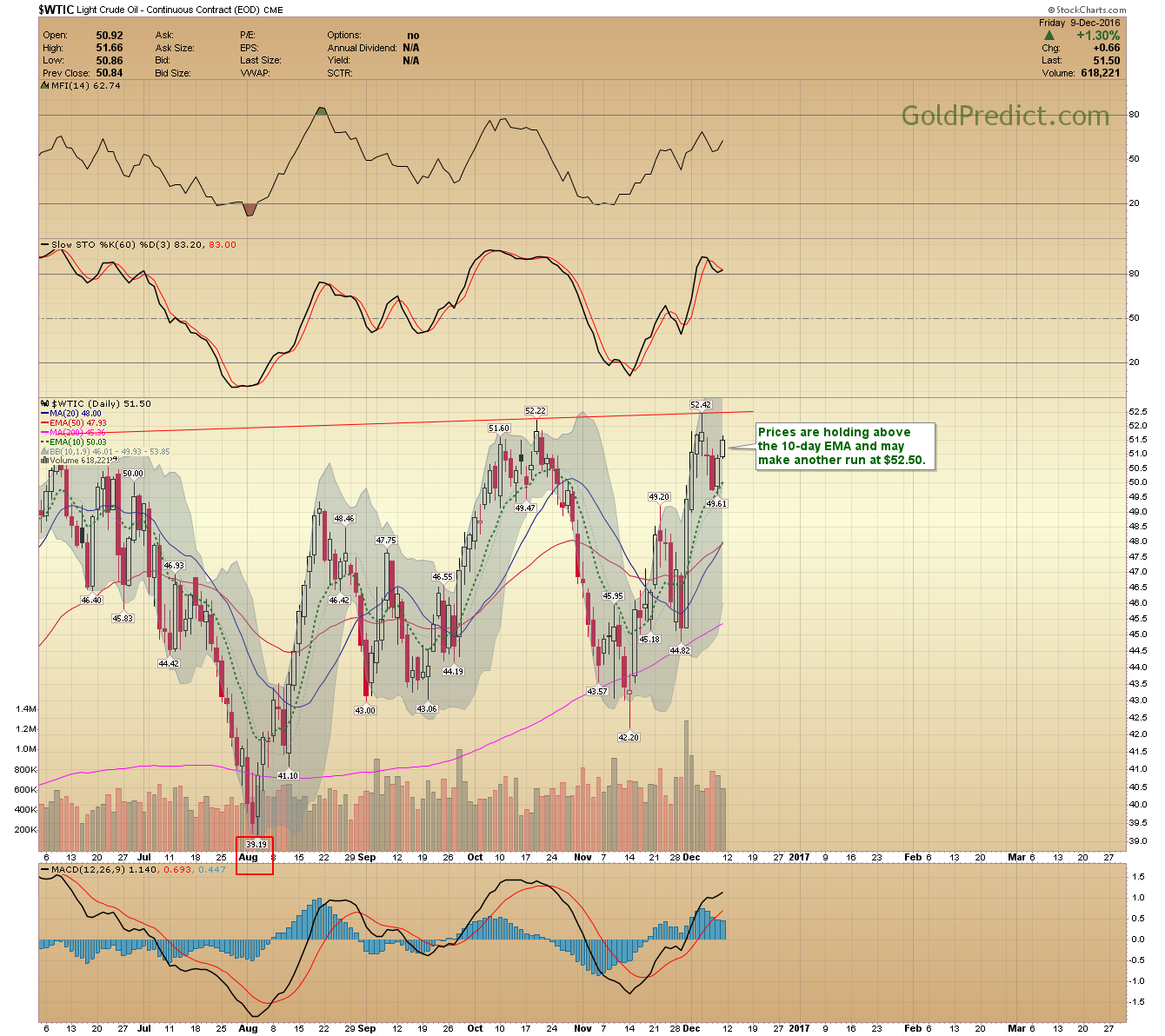 Expect several updates next week. I’ll begin entering long positions if gold successfully closes above the trend channel and the 10-day EMA ($1,180). Volatility is likely to increase next week, so I’ll keep initial positions small with the option to add more once a low is confirmed.

This article was published Posted on December 10, 2016 in Categories Free Updates, Weekend Newsletters