It’s disappointing when precious metals diverge from my forecast. When this occurs, I spend countless hours pondering the charts and various cycles seeking answers. I want our members to be informed, and if I’m wrong, I will readily acknowledge it.

Here’s what I think happened. The missile strikes in Syria are likely extending the cycles in gold and crude oil. Geopolitical events typically see a rush to safety and a bump in crude oil prices. Historically, gold reacts higher but then trades lower a few weeks/months later.

Ross Clark from CIBC Wood Gundy has done extensive research concerning gold during times of crisis. Below are two charts from a previous missive. http://moneyweek.com/what-the-ukrainian-crisis-means-for-the-gold-price/ 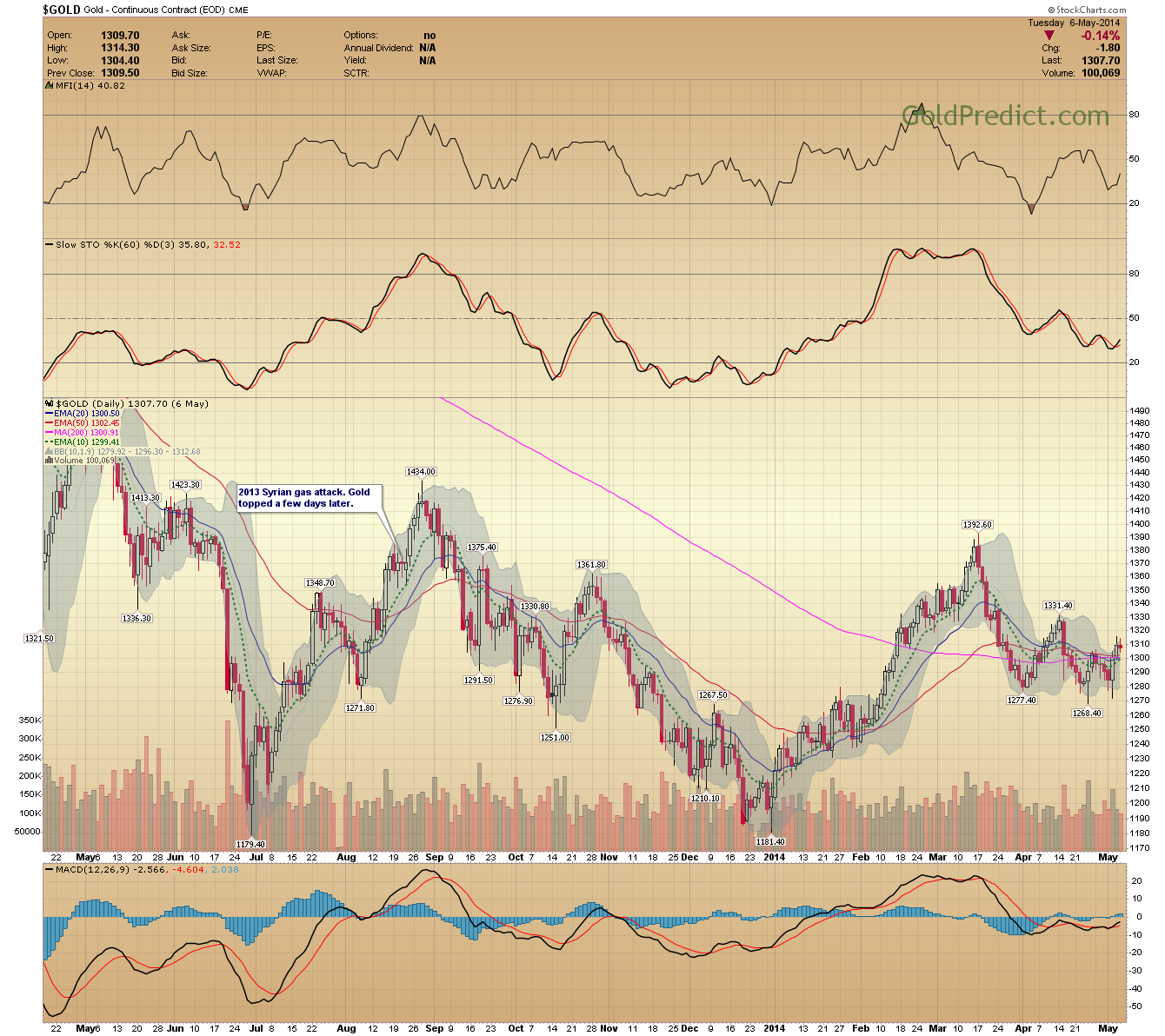 I think the geopolitical reaction in gold will fade and prices will drop as previously forecasted. The extension of the gold cycle will likely push the next bottom out until the June 14th FED meeting.

This article was published Posted on April 12, 2017 in Categories Free Updates, Updates