Gold and Silver prices refuse to turn lower. The next swing high in metals should be enough to form a top. The May employment numbers will be released tomorrow at 8:30, expect volatility in the morning. I will attempt to post an update before the open.

The US Dollar remains under pressure. However, it’s important to note that gold continues below the April high even though the dollar plunged to fresh 2017 lows. That divergence coupled with the disconnect between metals and miners supports a topping process.

The rebound phase in metals has persisted much longer than I anticipated. Consequently, the 6-Month low probably won’t arrive in June as expected. Once prices top, the ensuing decline must be severe enough to turn sentiment decisively bearish. That typically takes between 4-8 weeks.

-US DOLLAR- Still no sign of a bottom. However, it’s important to note the divergence growing between gold and the dollar. As the dollar dropped to new lows in May, gold has been unable to surpass the April high. 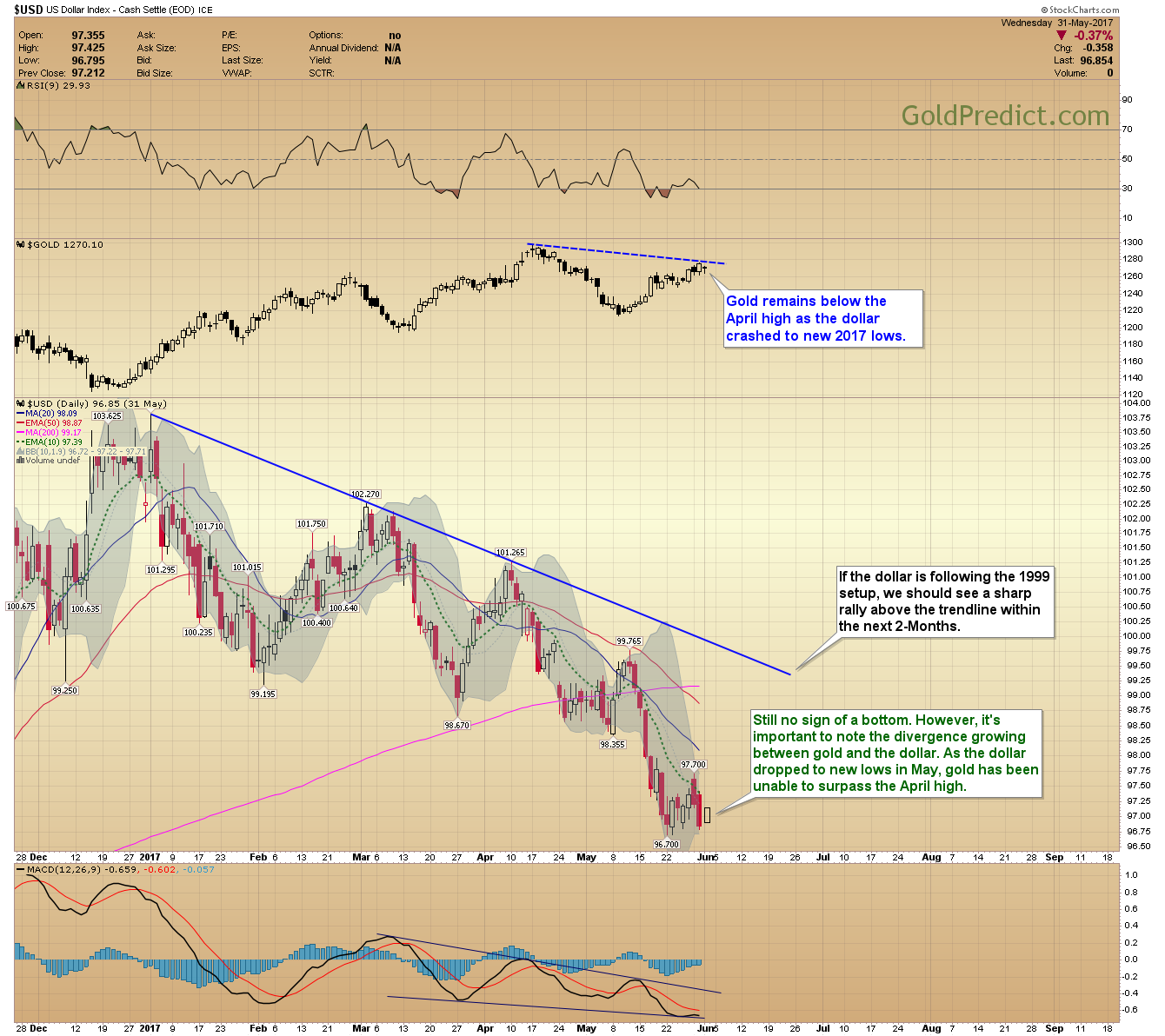 -GOLD- Still waiting for a swing high. A daily close below $1,265 should be enough to mark a top. Expect volatility after the 8:30 employment report.

-SILVER- Prices dropped sharply but recovered most of the day’s losses. We need a close below $17.20 to form a swing high. 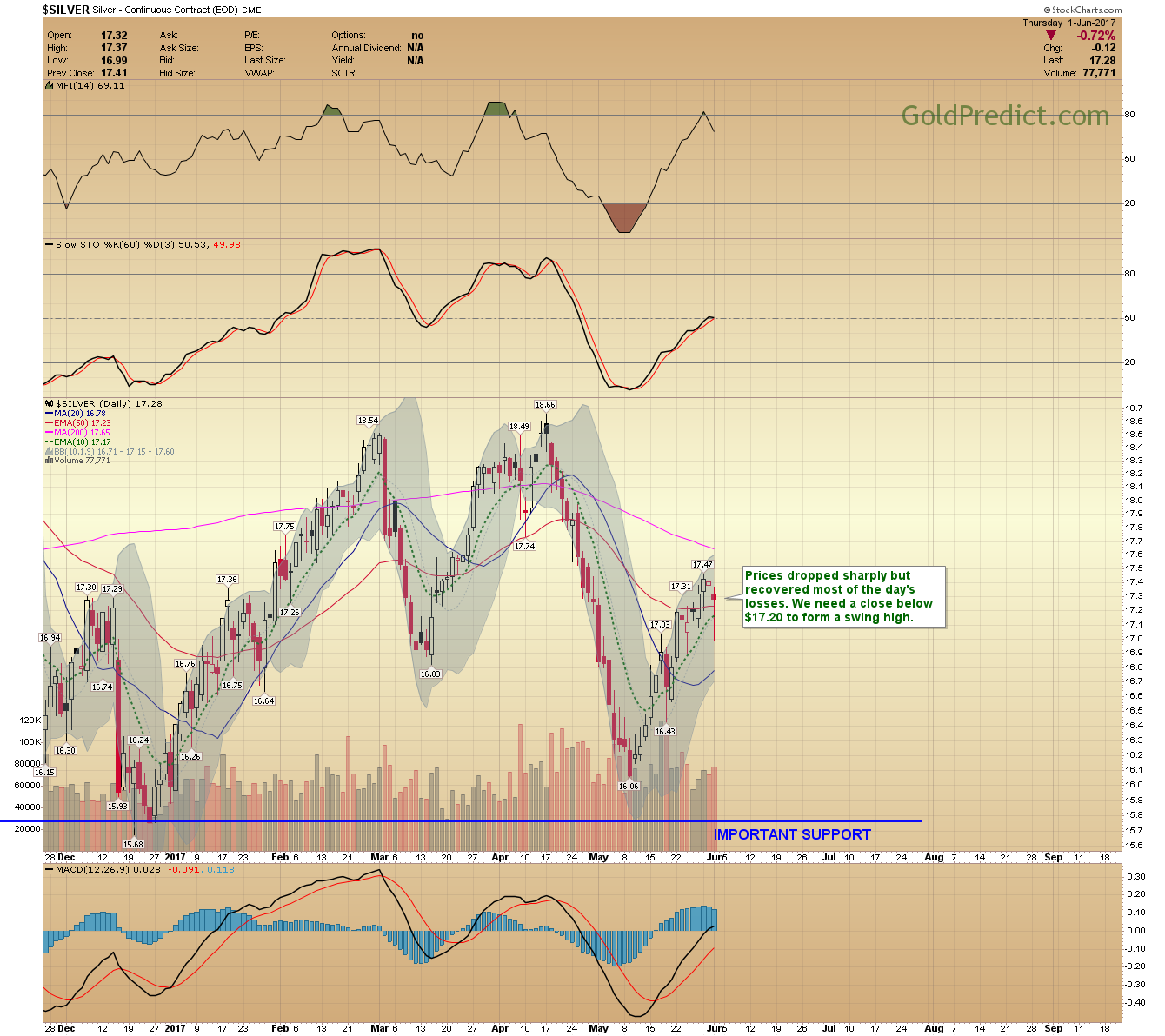 -GDX- Miners topped 2-weeks ago. The gold rally is running on borrowed time as long as GDX remains below $23.67. 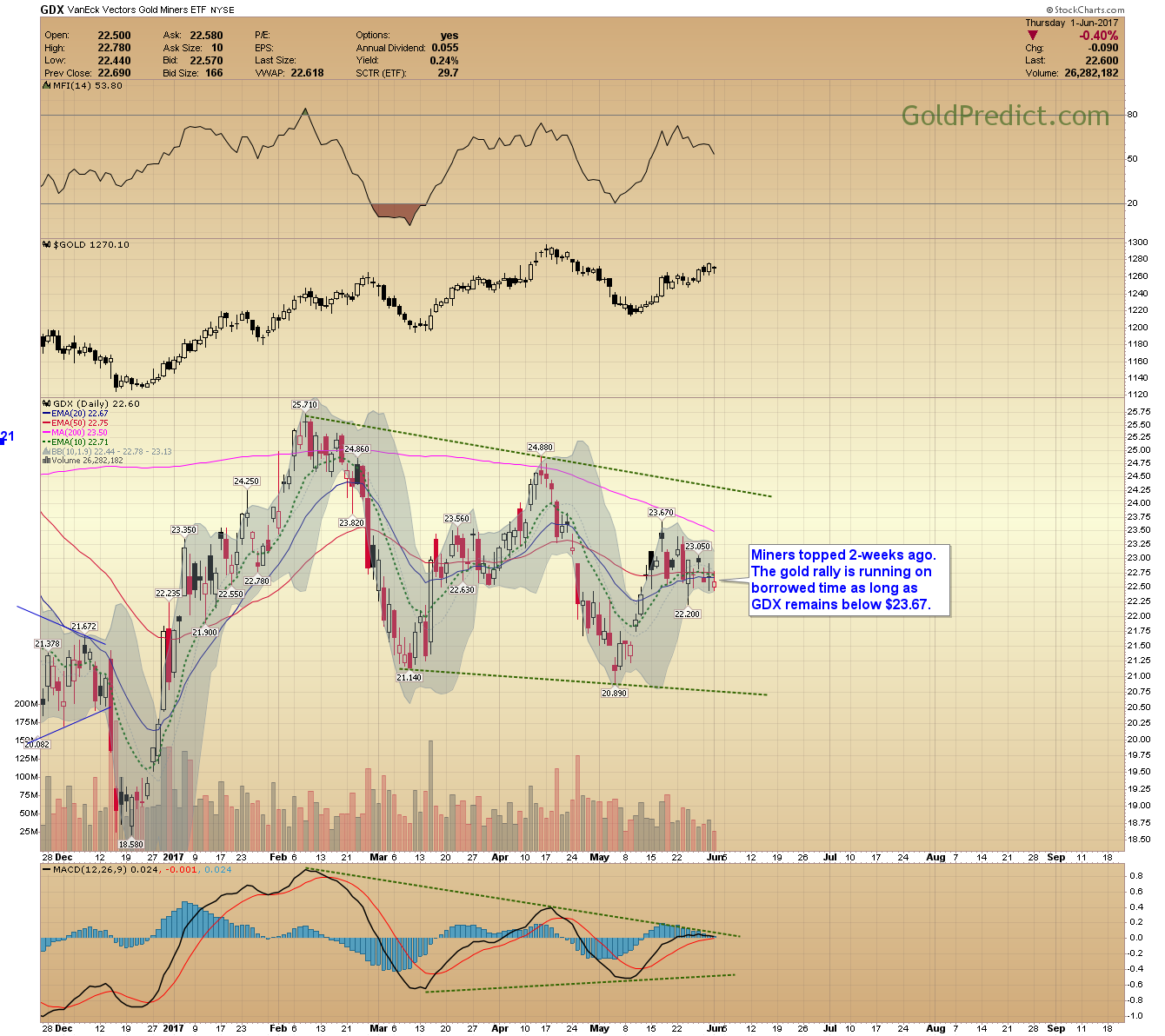 -GDXJ- When metals finally peak, we should see a sharp recognition day (R-Day) decline in miners. 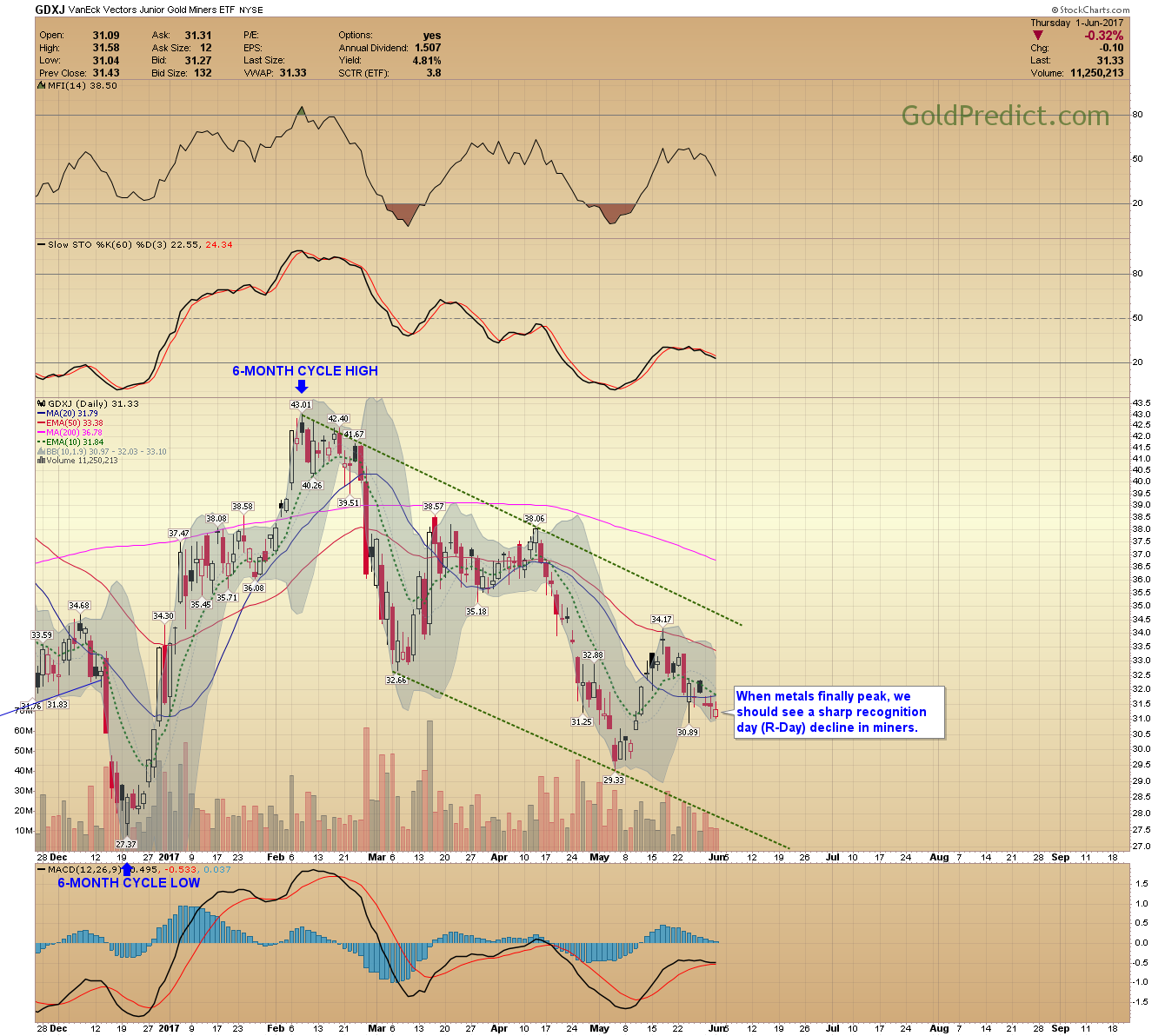 -DUST- Prices need to rally above $31.61 to launch another leg higher. Closing below the trendline would be detrimental. 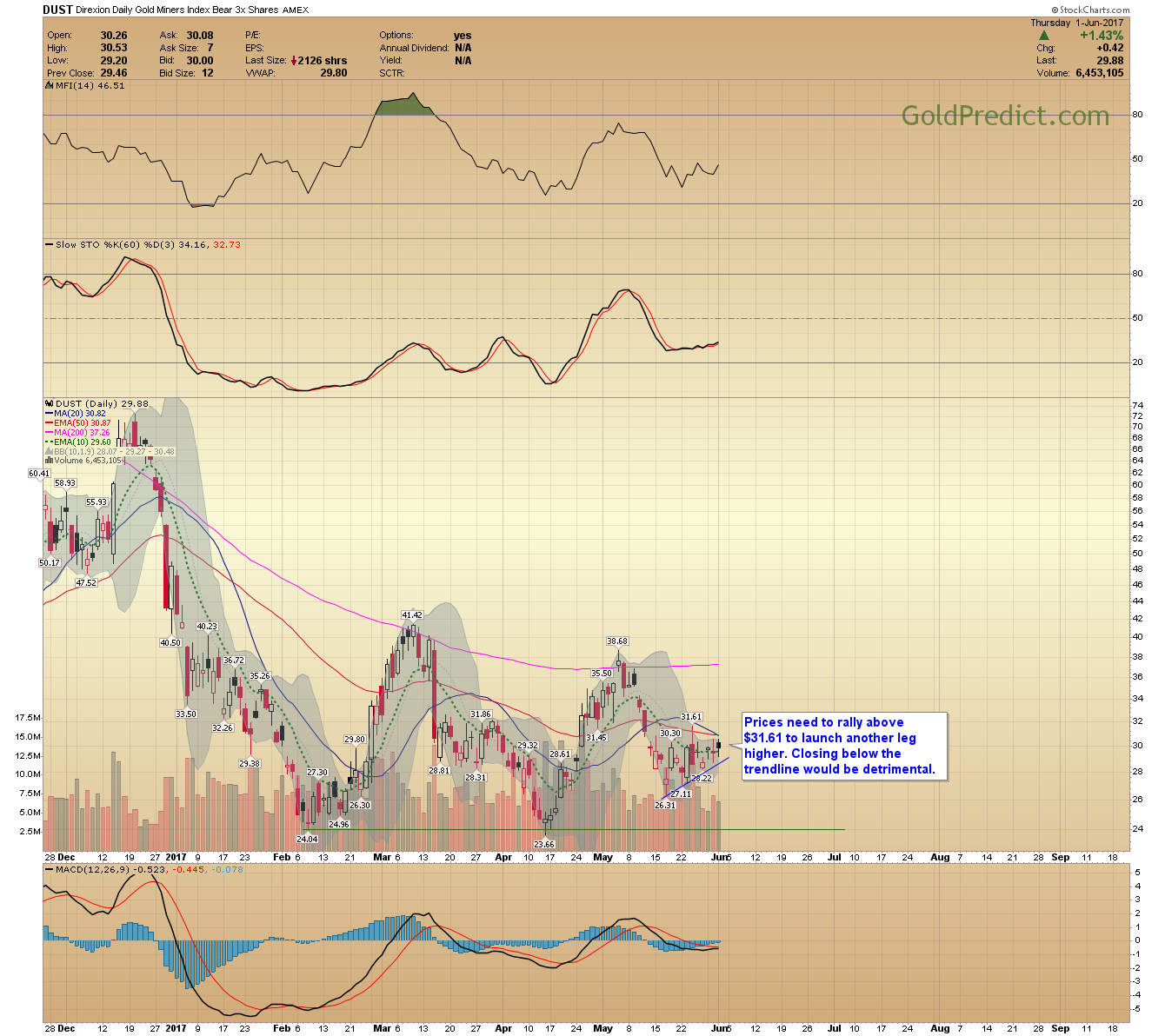 -JDST- Closing above the $85.50 high should lead to a test of the 200-day MA and 103.68 high. I won’t be able to estimate targets until GDX and GDXJ decisively breakdown. 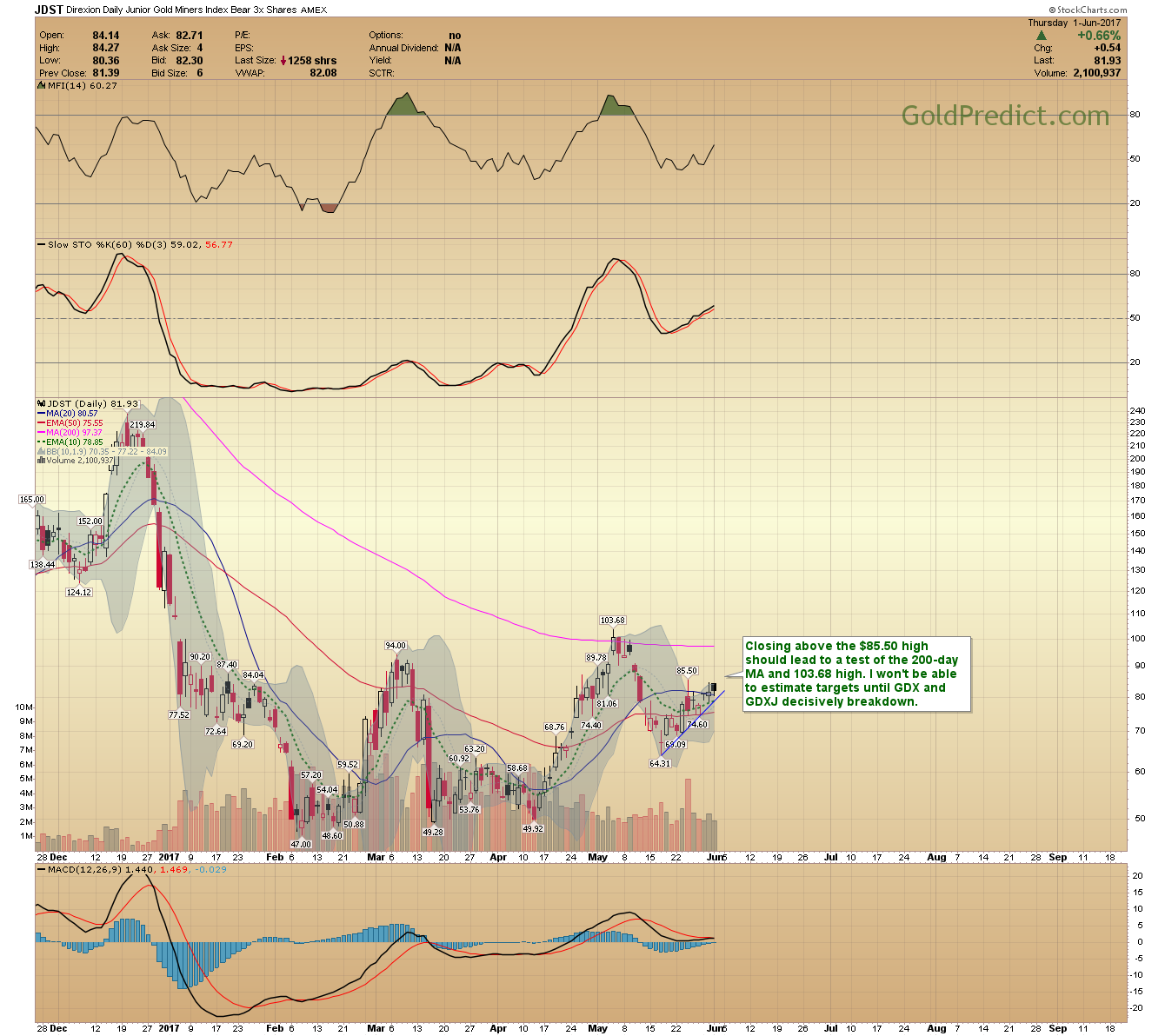 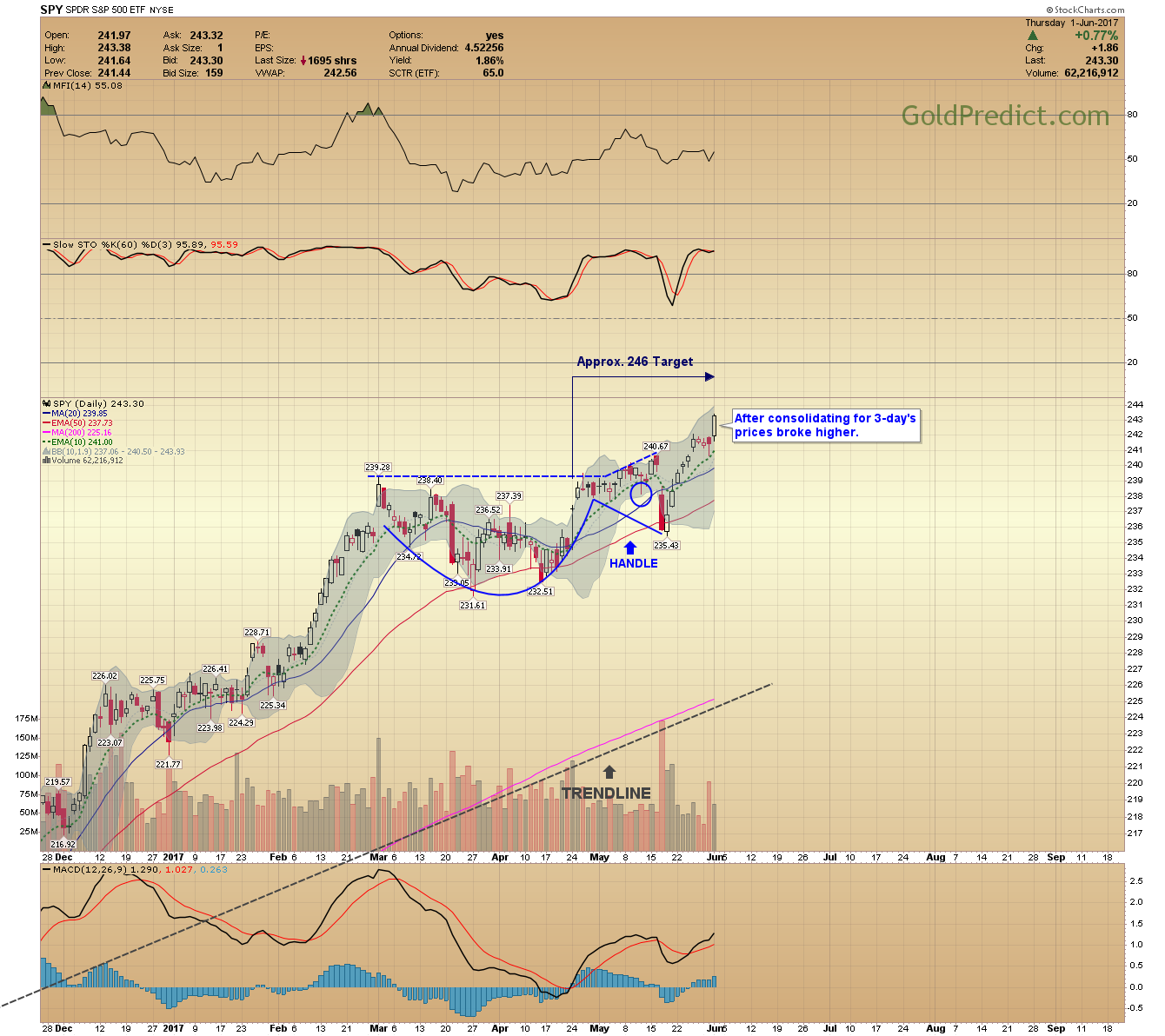 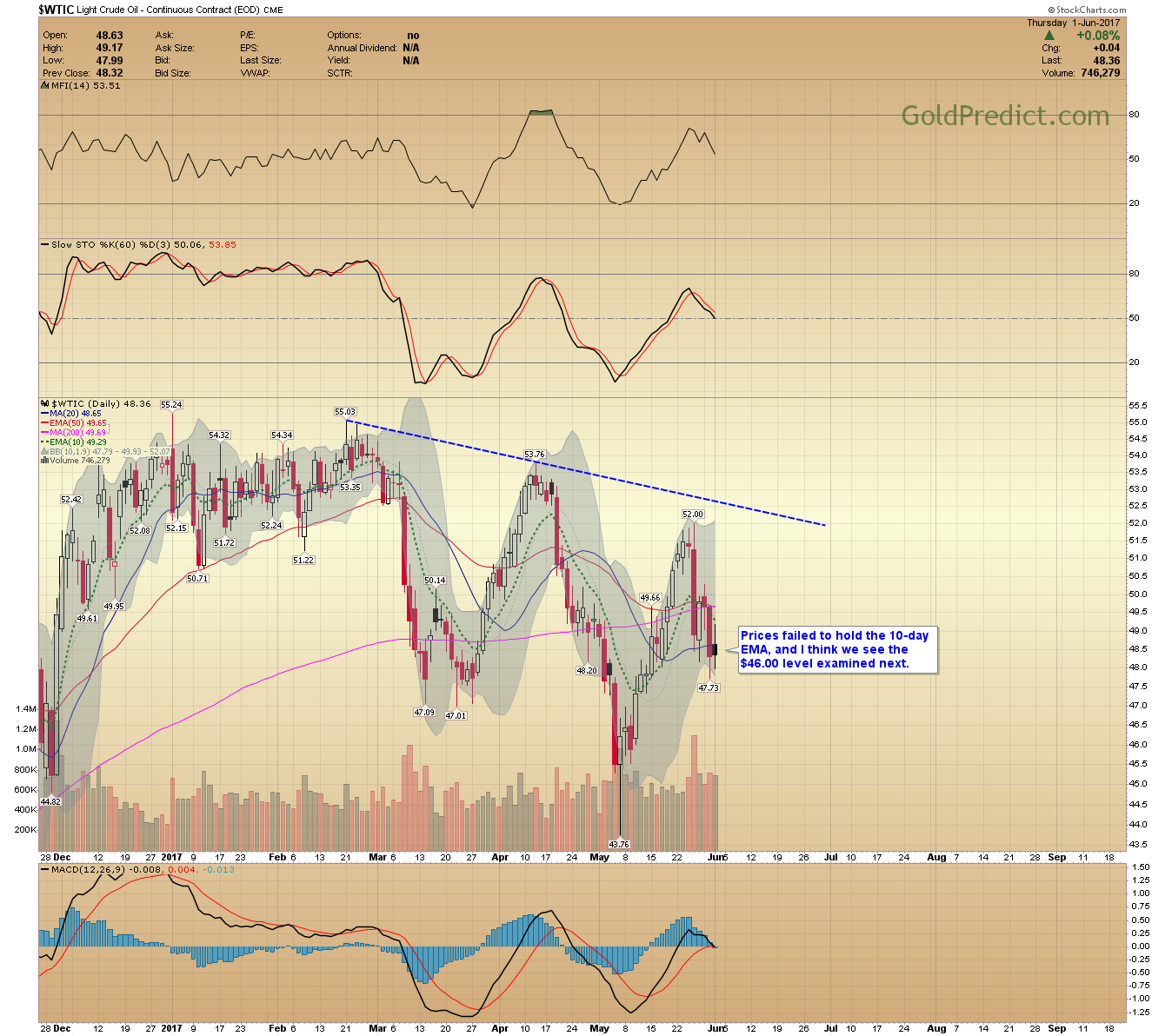 We could see prices spike in either direction after tomorrow’s employment report. I’m content sitting on the sidelines for the time being. Once swing highs are in place, I’ll look to short the metals and possibly add to DUST and JDST.

This article was published Posted on June 1, 2017 in Categories Free Updates, Reports