Miners were clobbered today because of weak earnings, and the odds favor October highs. Prices may bounce or consolidate into the elections, but I think the overall direction is lower into November/December. Of course, a major political shift on November 6th could change things instantly.

Silver is coiling, and prices are preparing to spring. I think the odds favor a breakdown to new lows, but we need to be prepared for anything.

I didn’t have time to draw up the various stock market scenarios this afternoon. I’ll cover them in the weekend newsletter.

-US DOLLAR- The dollar closed progressively above the neckline, and that supports a run to 98.00. The next level of resistance arrives near the August 96.86 top. Closing back below the 95.75 level would invalidate the breakout.

-GOLD- It’s possible prices topped on October 23rd at the 108-day cycle point. Closing below the short-term blue trendline ($1224.50) would maintain this view; exceeding the $1243 high would invalidate it. If prices indeed topped, I wouldn’t expect a failure below the primary cycle trendline until after the elections. 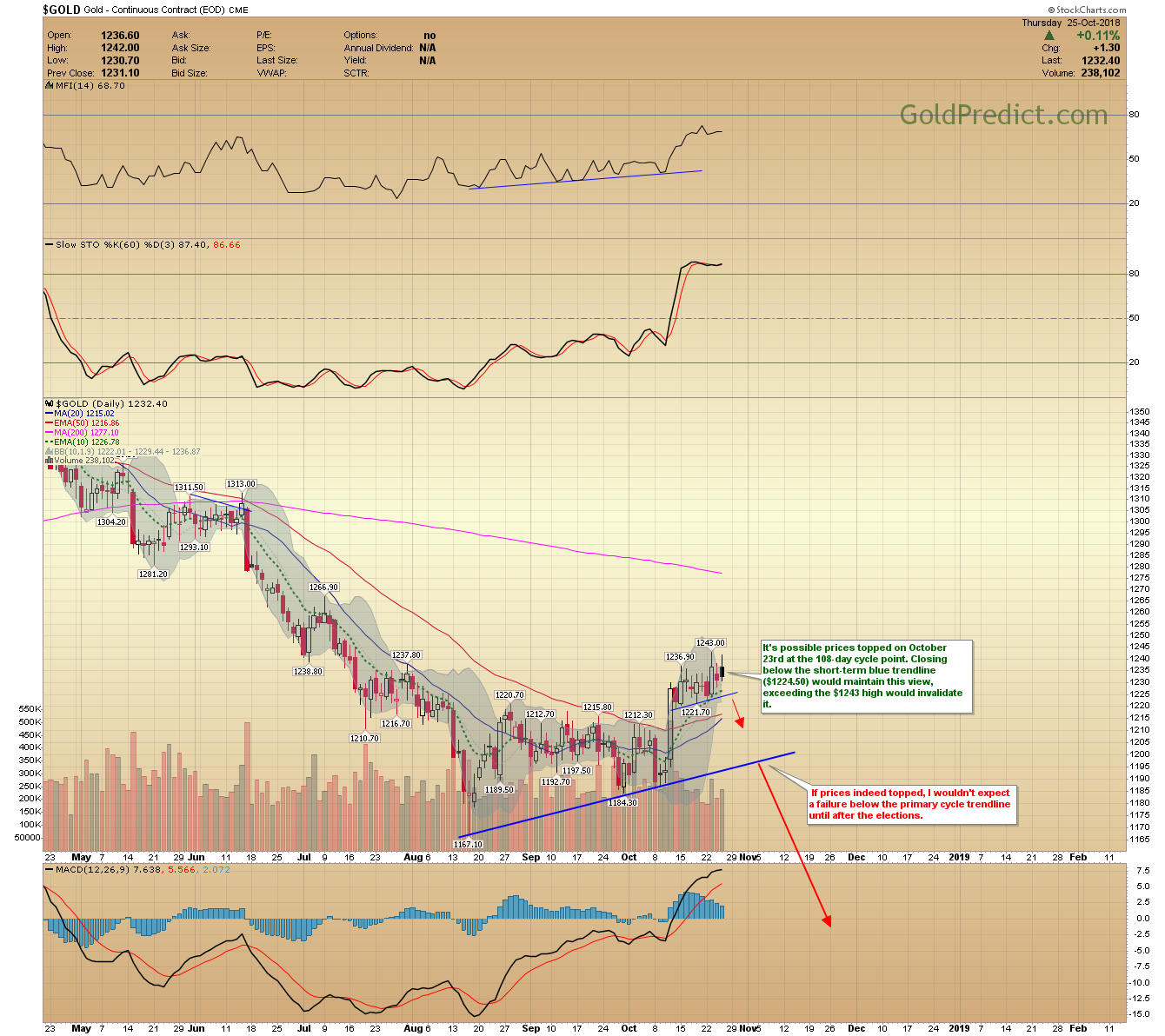 -SILVER- We are heading into another Bollinger Band squeeze situation. Meaning volatility is contracting, and this typically generates a sharp trending move in either direction. Closing above/below the trendlines will indicate the next bearing. 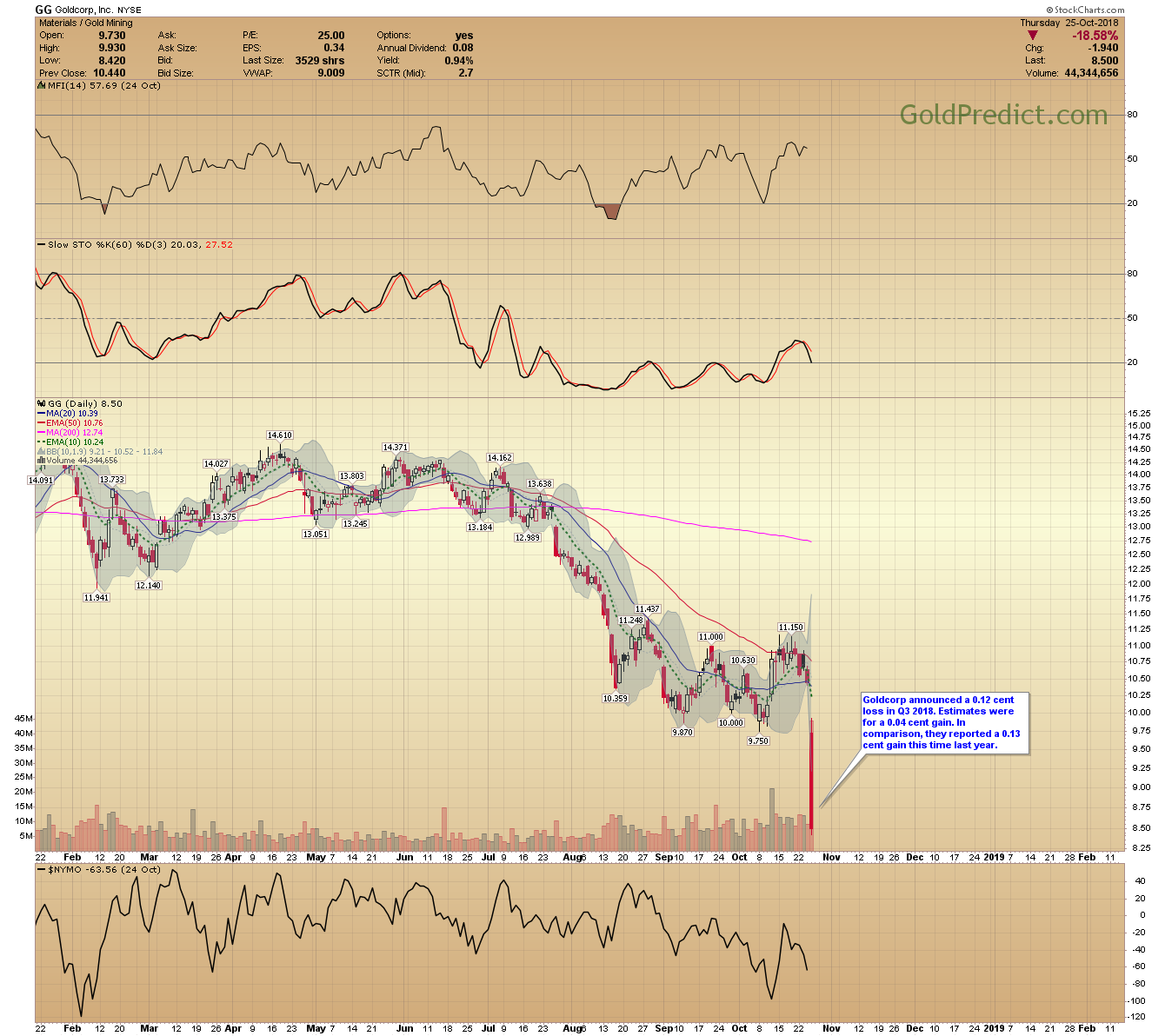 -GDX- The gains from the October 11th breakout were virtually wiped out today. The $18.76 gap and cycle trendline are all that remain before a confirmed breakdown. I honestly didn’t expect a trending move until after or closer to the elections so I wouldn’t be surprised if prices bounce or consolidate for a week or so. Closing decisively below the cycle trendline would establish a breakdown.

-GDXJ- It looks like we had a failed bull flag breakout on Tuesday and that might be it for the September/October rebound. Closing below the cycle trendline will establish a breakdown. 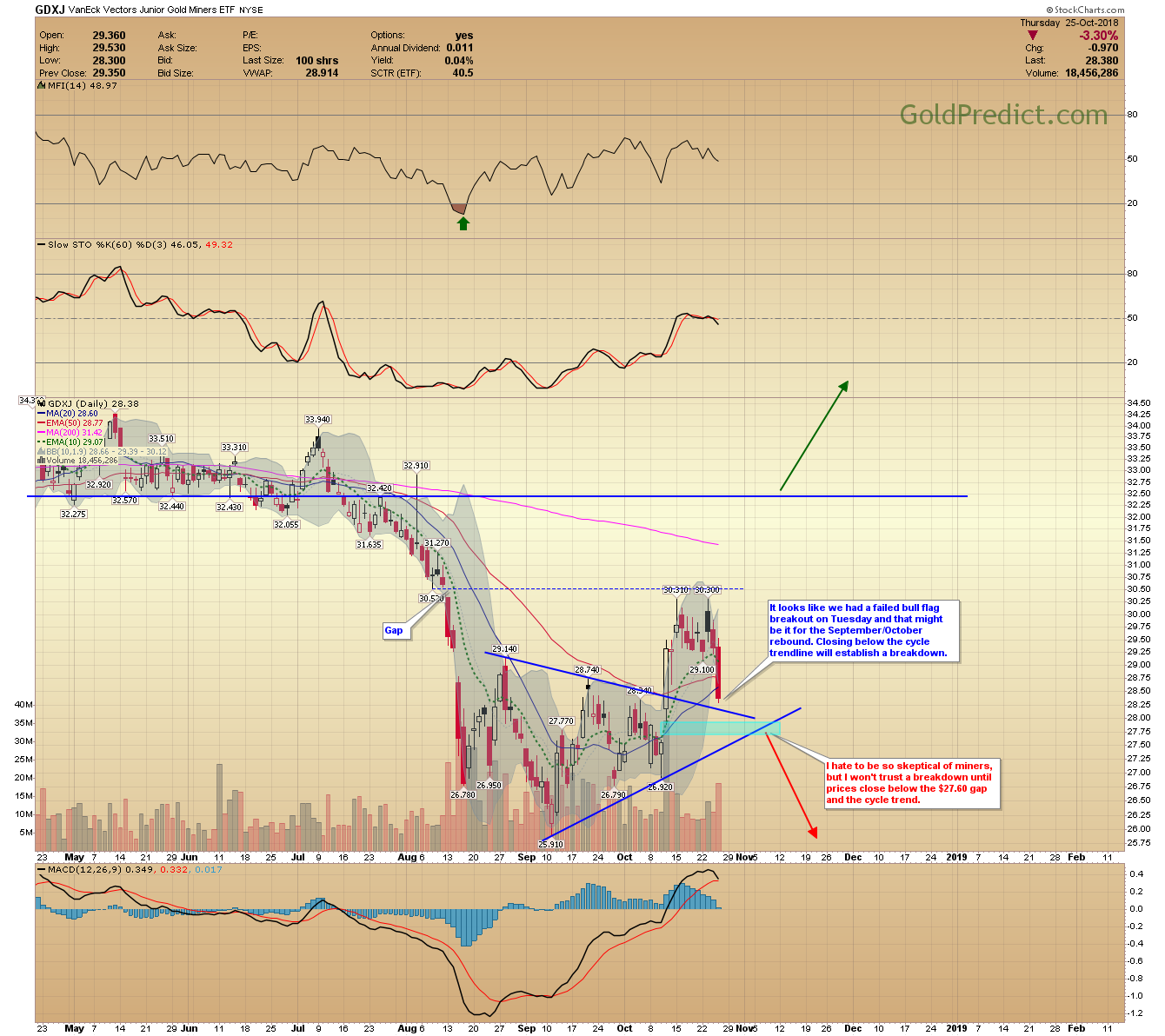 -SPY- Prices failed to close above the 270.36 low. Consequently, a decline to the C-wave target area remains possible.

-WTIC- Prices are treading water between the 200-day MA and mid-term cycle trendline. We could have another small bear flag forming or a more extended consolidation, but I’d be surprised if prices bottomed. 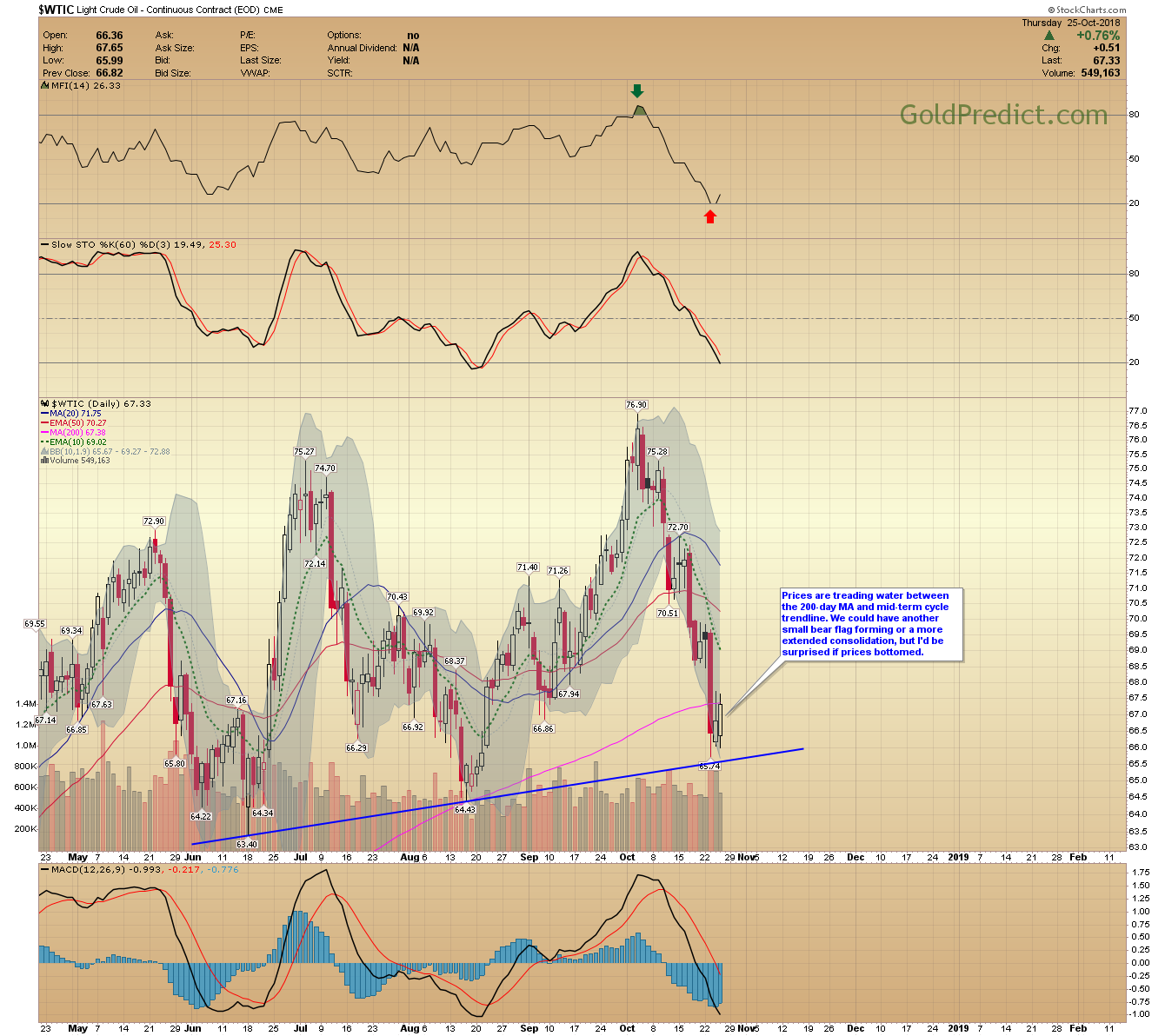 This article was published Posted on October 26, 2018 in Categories Reports