The dollar is down, but it hasn’t broken support. Metals and miners are up. I’m still surprised at the sudden rise in miners before the Fed announcement. That is the type of action you expect after a significant decision – not before. It leads me to believe that prices are about to top dramatically or begin an accelerated advance higher; the type of advance that’s hard to buy into as it keeps going higher.

-GDX- Miners are near the A = C level. I think prices will either top or begin an accelerated advance. I won’t know which until after the Fed announcement and maybe not until Thursday/Friday. Right now we have to take it one moment at a time.

-GDXJ- The morning gap is somewhat telling and supports a top. The $30.55 gap is still a potential target. Closing below $29.45 would be a sell signal. 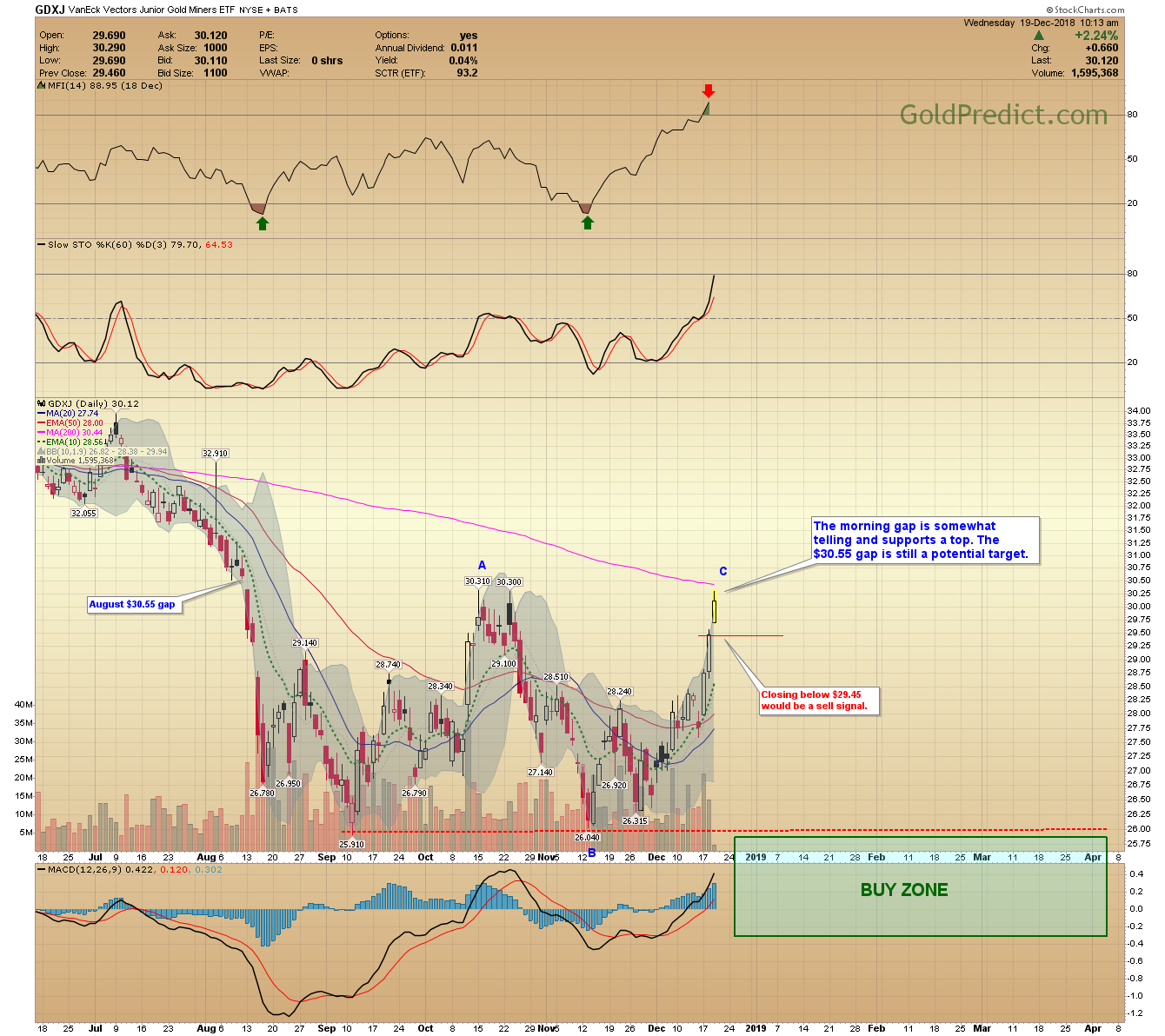 This article was published Posted on December 19, 2018 in Categories Free Updates, Updates