Gold (April) is at fresh cycle highs, currently trading around $1335. The latter part of a cycle tends to get tricky, so caution is warranted. Gold is approaching major resistance between $1345- $1365. The current intermediate cycle bottomed last August (6-months ago). This cycle is beyond long in the tooth, and we have clear momentum divergences. I don’t think gold has enough cycle energy remaining to blast through $1380. Consequently, we will probably see a top within a week or two followed by a multi-week correction into March.

Miners are going to gap higher at today’s open. I’m going to play today’s gap and potential bull flag via NUGT (see below).

-GOLD- Gold prices are trading at fresh highs this morning, and a test of the $1360 level seems likely. The current cycle bottomed six months ago (August), and momentum is waning. It doesn’t look like gold has enough stamina remaining, at this point in the cycle, for a major breakout above $1378. Therefore, we’ll probably see some choppy price action between $1345 – $1365 followed by a multi-week correction and 6-month low in March. 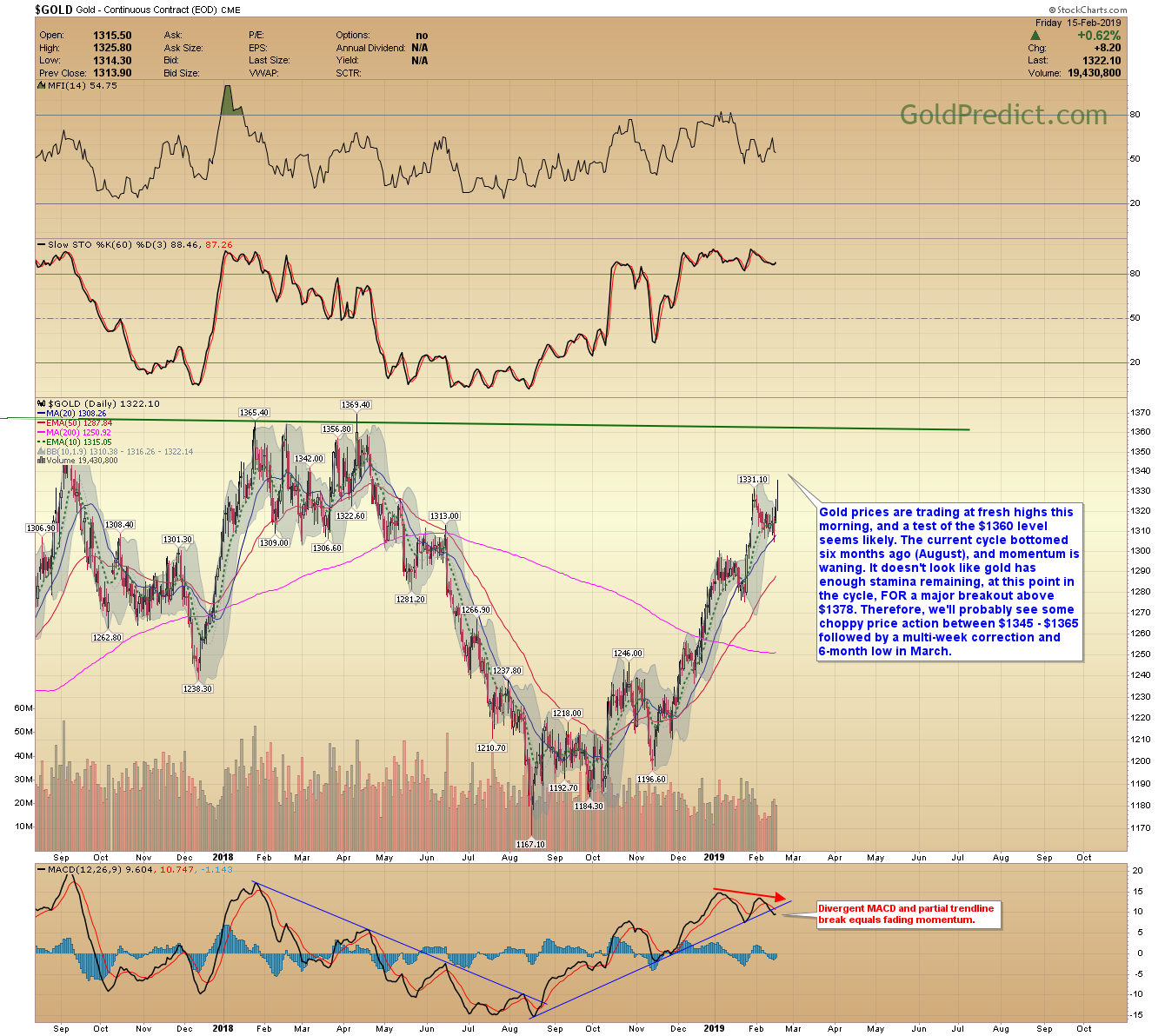 -GDX- Miners are going to gap higher at the open. Today’s gap will provide some valuable insight. A close in GDX below $22.43 (lower gap level) would imply a failed gap and present a sell signal; the bulls need today’s gap to remain open. The bull flag target in GDX remains around $24.50. 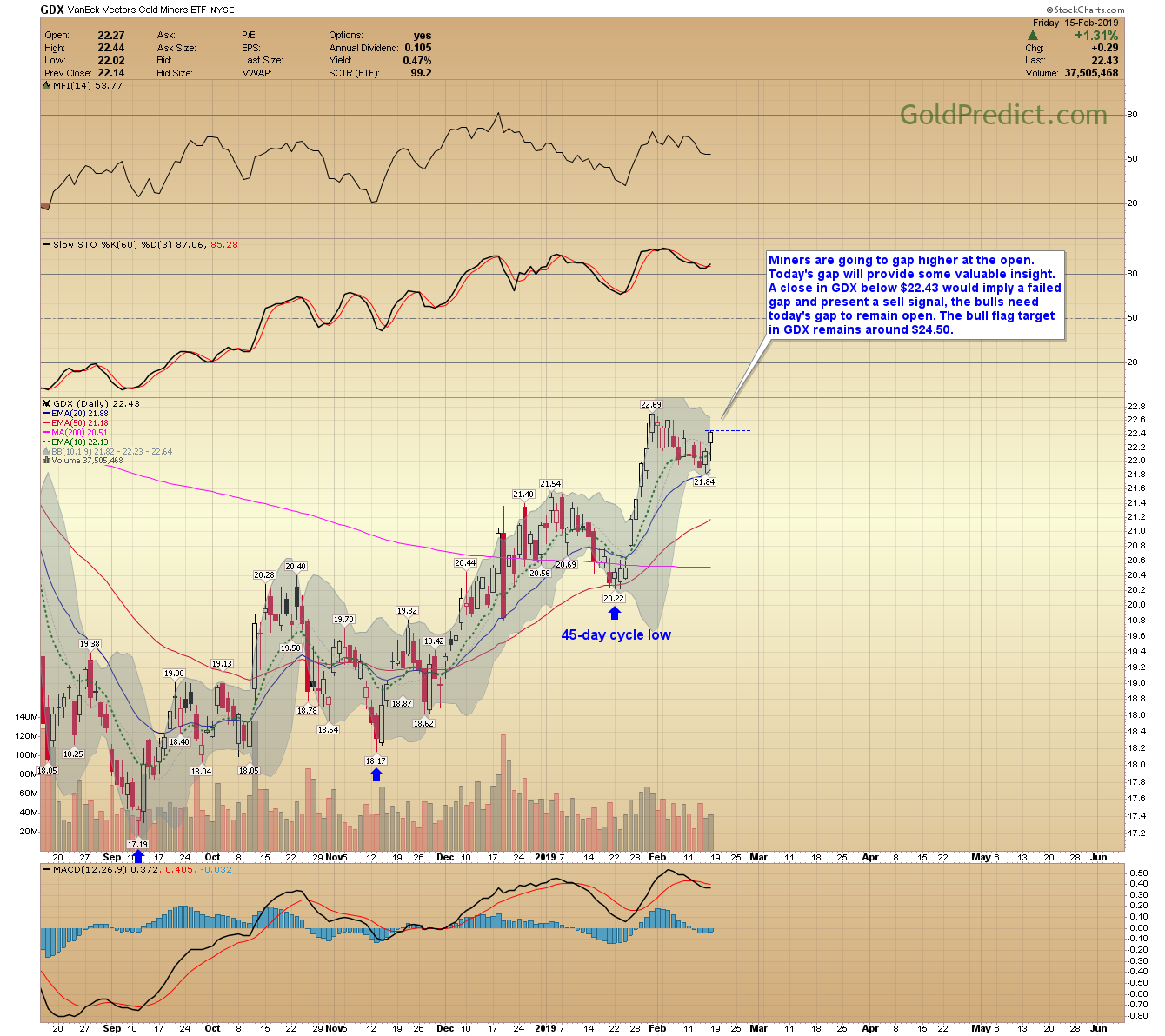 -NUGT- To play the gap and potential bull flag in miners – I’ll buy NUGT this morning. I’ll exit on a close below today’s $20.42 lower gap level. Bull Flag target is around $26.50. 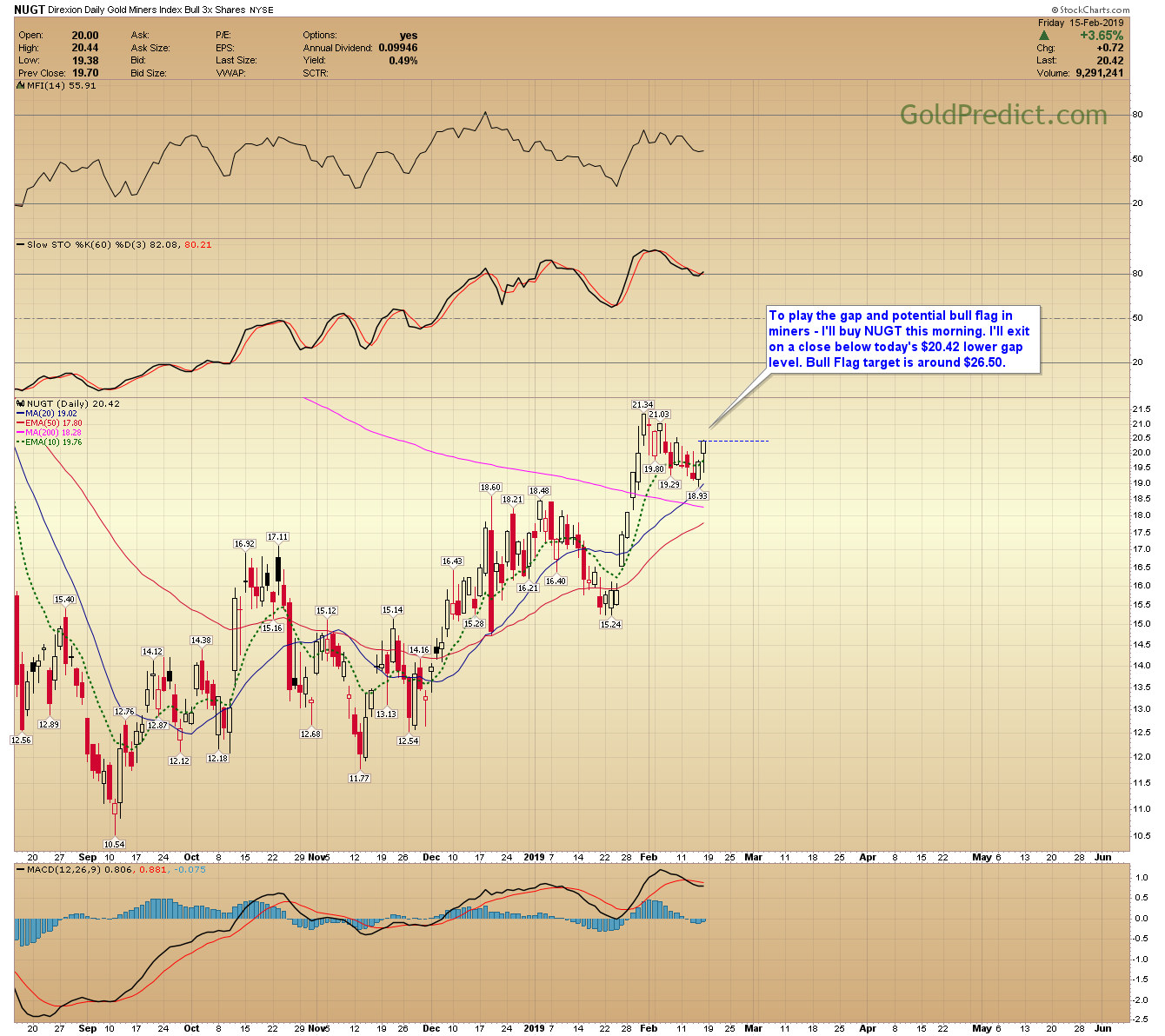 UGAZ- NATGAS is flat after being up earlier this morning. I’m going to wait to see how prices react this afternoon before committing to a position. 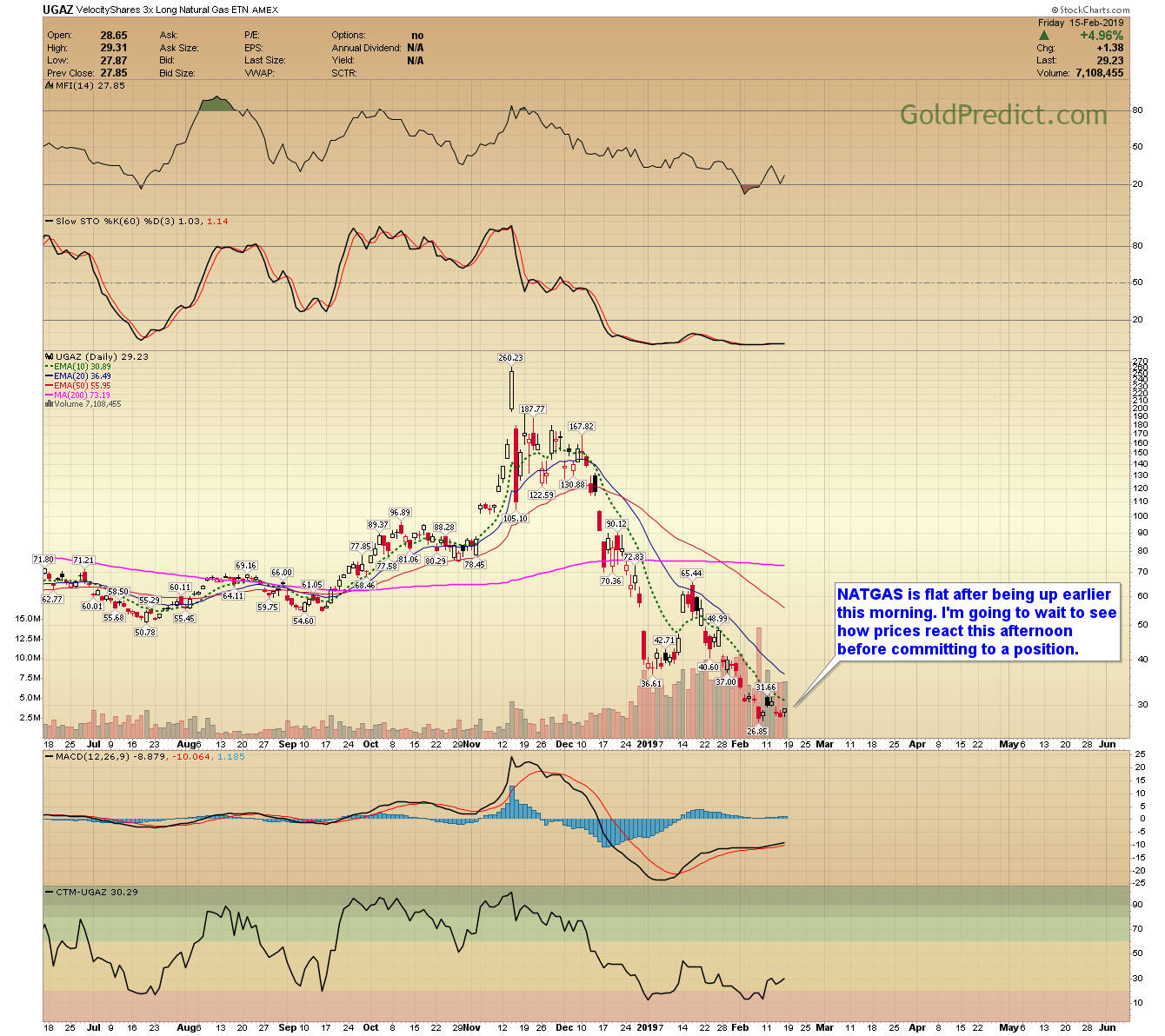 Several traps get sprung towards the tail end of an intermediate degree gold cycle, caution is warranted. Nevertheless, it’s probably worth trying to play the current bull flag in miners.

I’ll update after the open.

This article was published Posted on February 19, 2019 in Categories Free Updates, Updates