Gold reached $1442.90 intraday before profit-taking sent prices back to test the short-term break out near $1416. In the June 9th newsletter, I wrote, “If gold breaks higher, a short covering bonanza could take prices quickly $1450.” We nearly reached that level today.

The recent momentum thrust in gold and miners was quite powerful; it may continue. This would require an extended breakdown in the Dollar. If established, I think gold could reach $1500+ before the next meaningful pullback.

The S&P 500 gave back all of its post-Fed gains and prices look vulnerable. Key support levels are 2865 and 2725. Below 2725 and I think we could see an accelerated selloff.

-UUP- The dollar ETF UUP bounced slightly today, but prices remain below the trendline. The technicals favor a deeper correction to at least the 200-day MA. A falling dollar should support gold. To reverse the recent breakdown, UUP would have to rally and close above the moving averages that will be crossing over bearishly near 26.15.

-GOLD- Prices have risen $170 in just over a month. A brief consolidation would not be unreasonable. I am a little concerned that today’s volume exceeded that of the post-Fed breakout through $1365. A daily close below $1400 would increase the potential for a backtest of support surrounding $1360. If this is a runaway move, then gold will continue to work its way higher and perhaps test $1500 – $1550 before the next significant correction.

-SILVER- Prices are consolidating below $15.50. I think silver and platinum will continue to lag gold, at least for a little while. Silver would have to explode through $16.20 to suggest otherwise. Several moving averages are converging just above $14.90. That area is now support for any pullbacks. 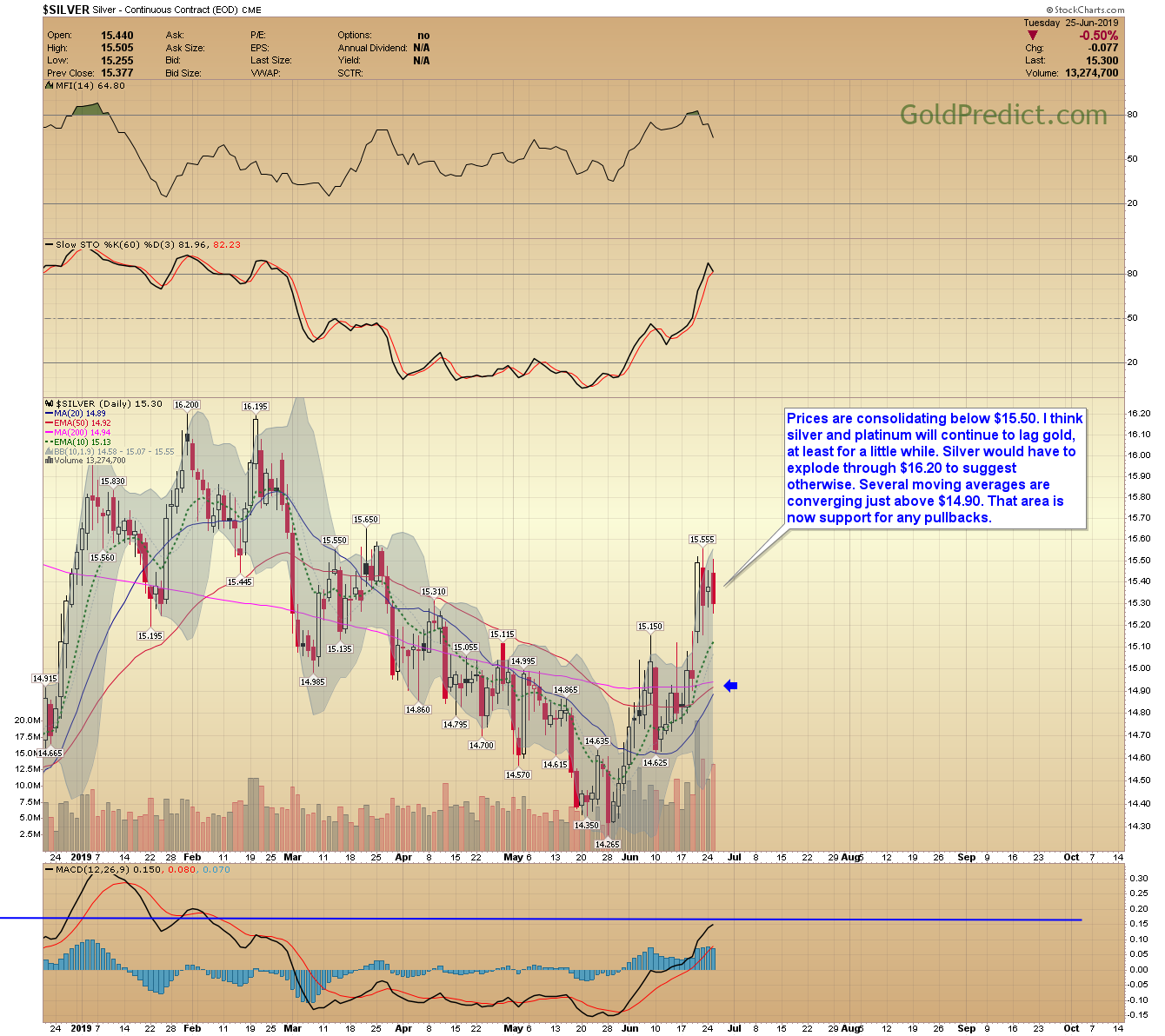 -PLATINUM- Prices have lagged gold and are consolidating after testing $790. I see the potential for a W-bottom. Closing above $825 would establish a short-term breakout and recommend an initial thrust to $865. 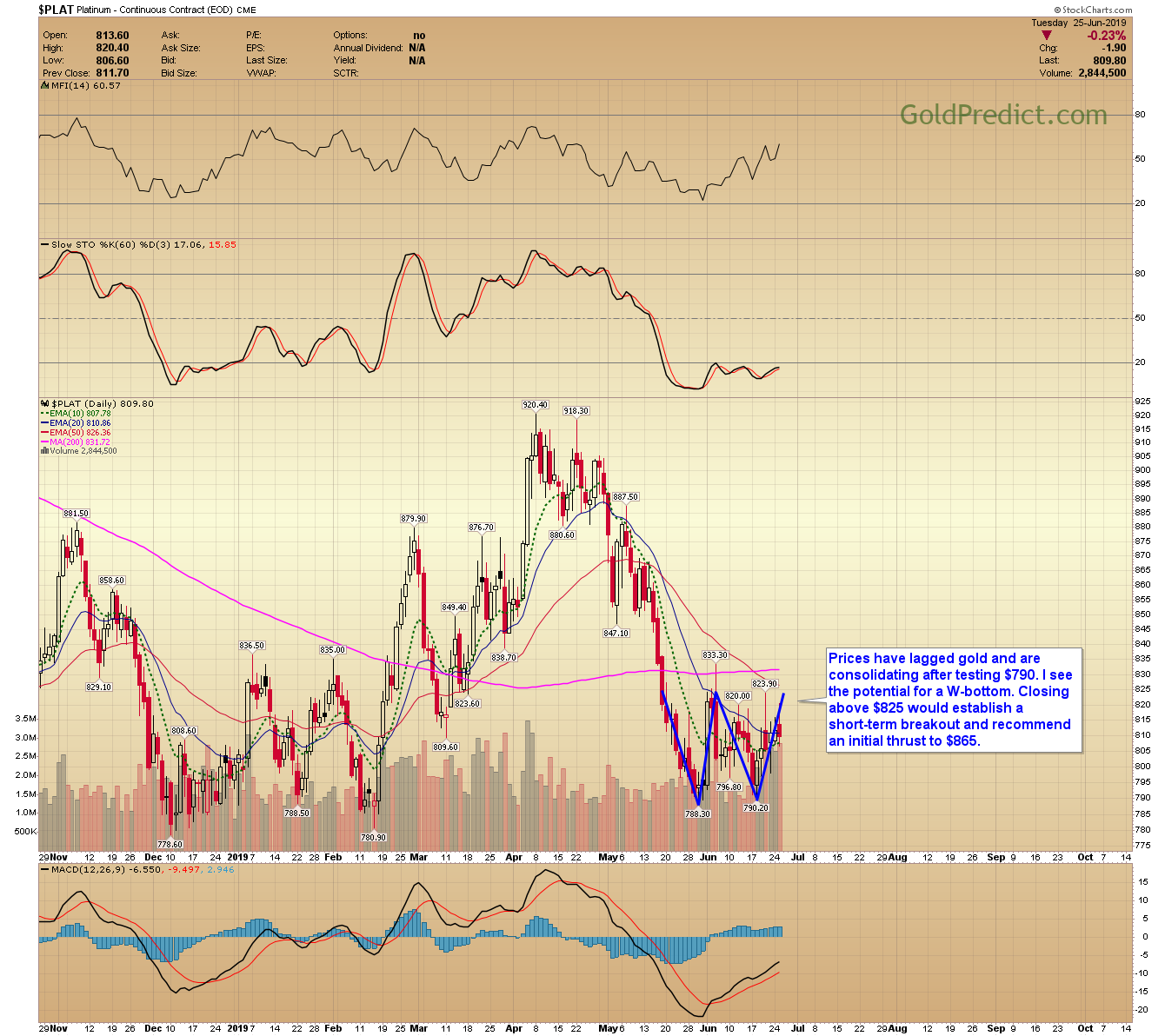 -GDX- Miners pulled back to test the previous resistance zone (now support) between $24.75 – $25.50. Prices finished at $25.63. Volatility is increasing, so hold on. As long a GDX remains above $24.75, I see the potential for a runaway move. I asserted last Thursday’s gap has the potential to become a measuring gap. A measuring gap is often the halfway point of a momentum thrust. If it holds, then GDX could hit $29.00+ before the next meaningful correction. 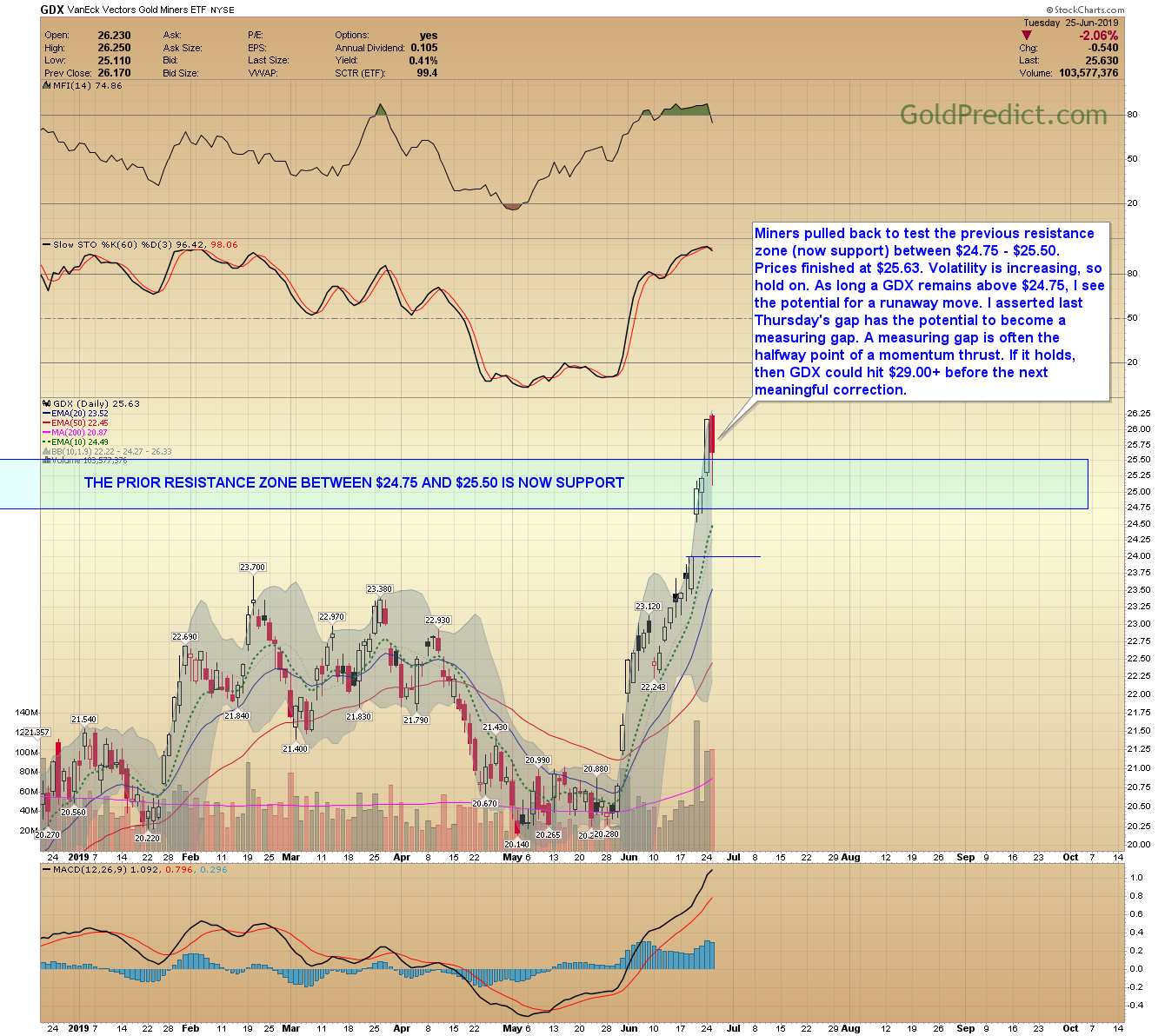 -GDXJ- Anyone that took the GDXJ trade, may want to exit if prices close below the trendline. That level was probed and held during the afternoon selloff. Last Thursday’s potential measuring gap supports a target of $39.00+ if it sticks. 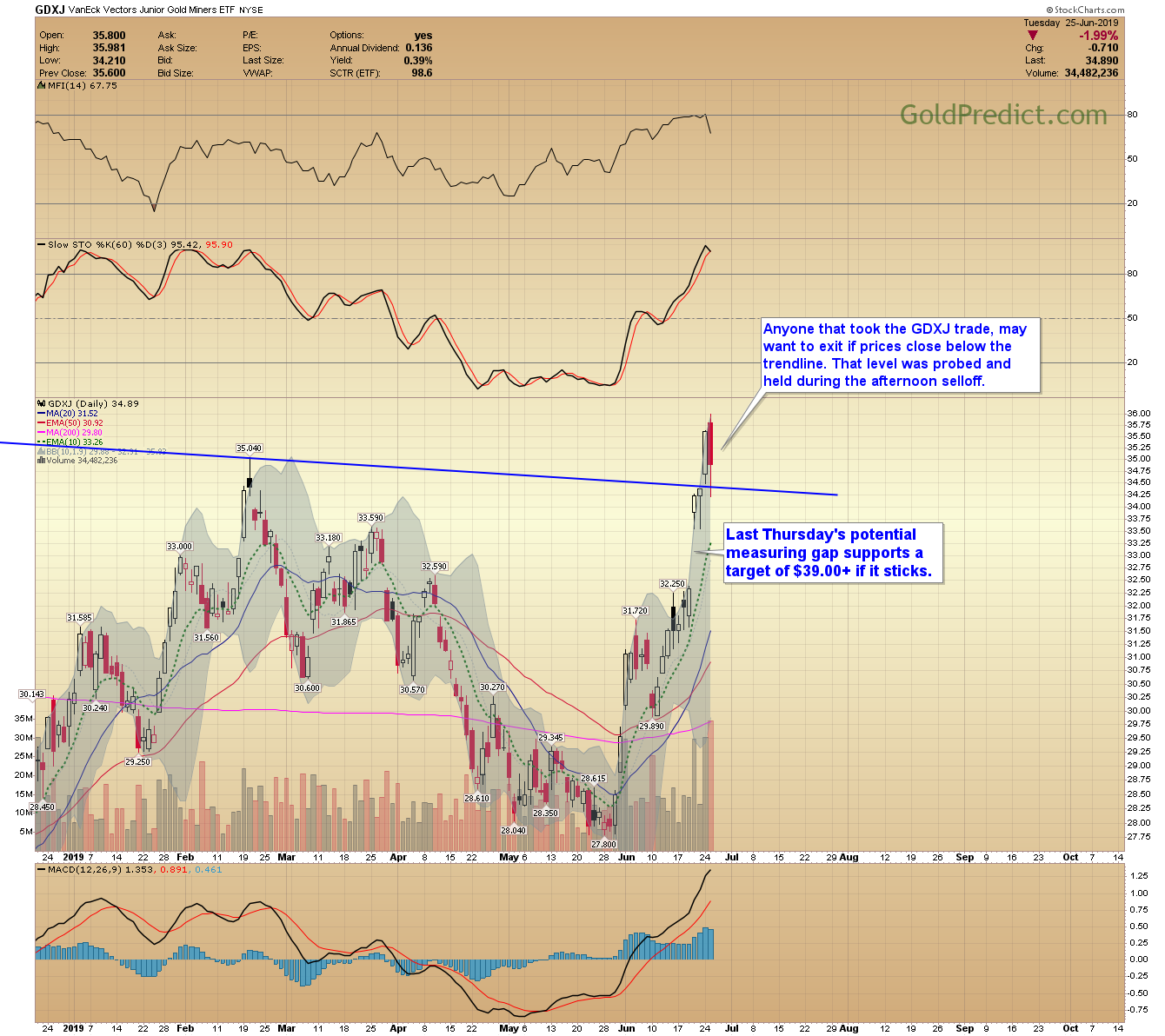 -S&P 500- Stocks reversed the gains from last week’s Fed announcement. Closing below 2865 would support an initial breakdown. Intermediate support arrives around 2725. Below that level and we could see an accelerated selloff. 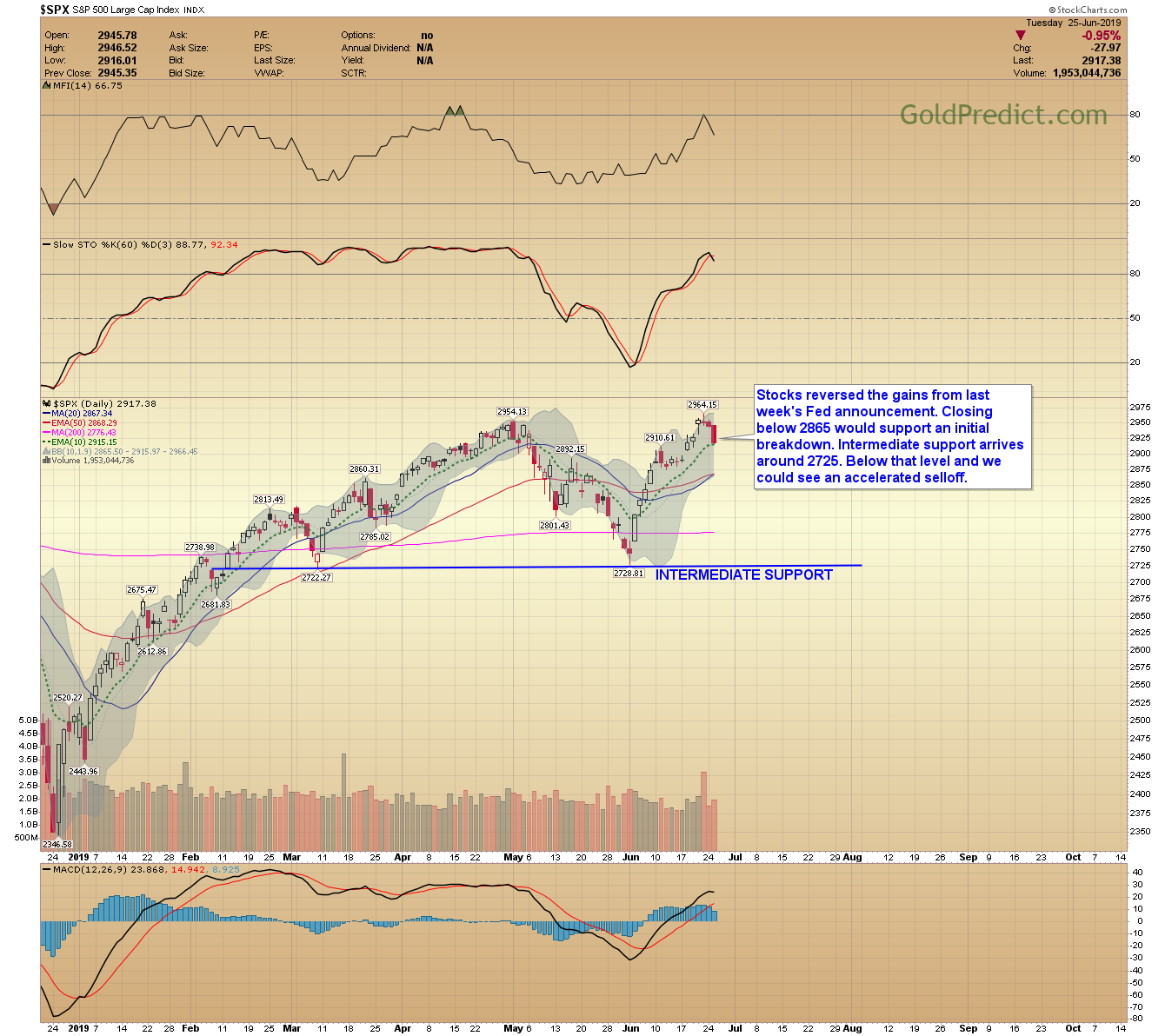 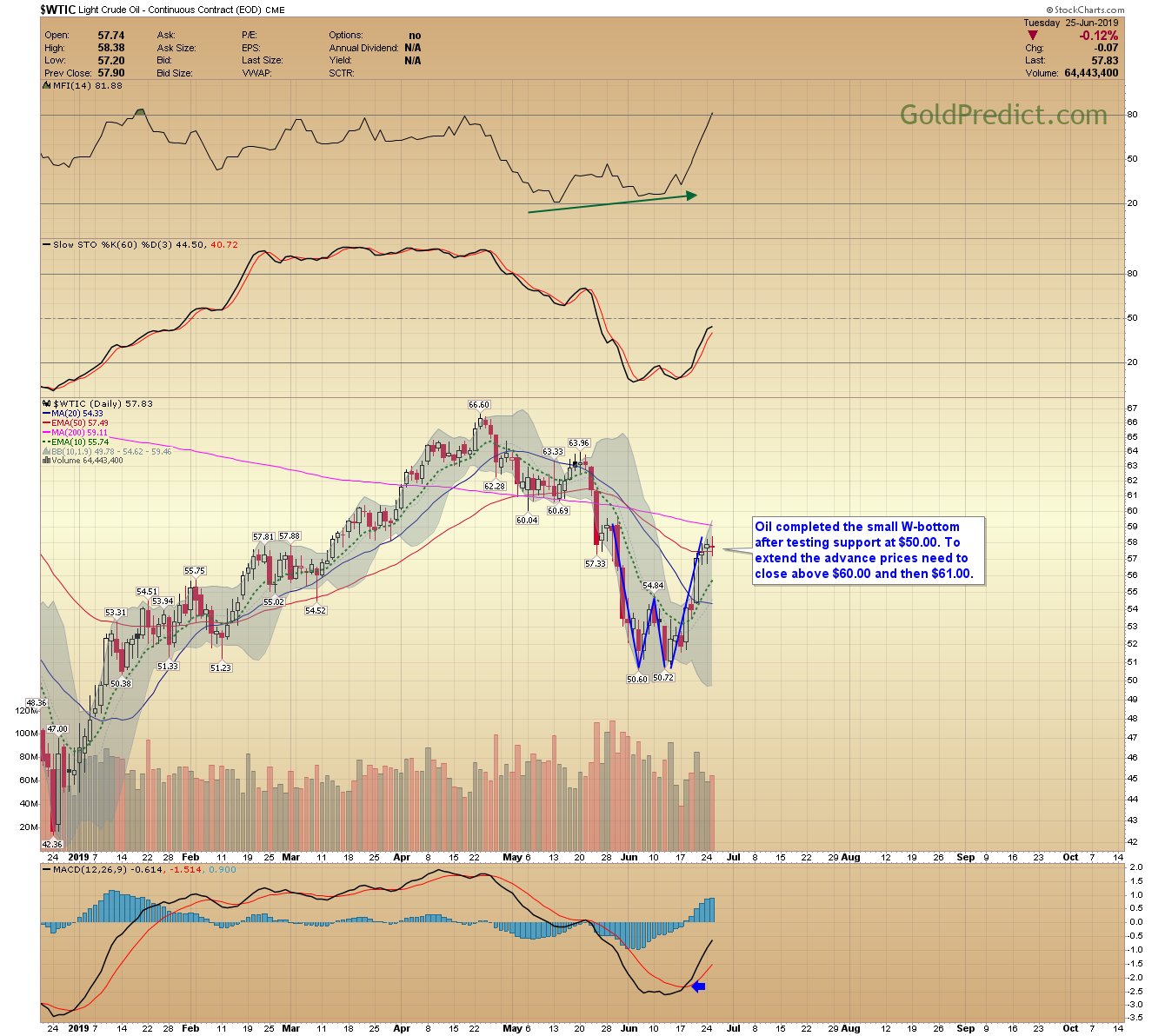 Have a wonderful evening.

This article was published Posted on June 25, 2019 in Categories Free Updates, Reports