I’m not sure which is more contagious right now, COVID-19, or the panic sweeping the markets. Currently, fear has a decisive lead.

Never in human history has news traveled so fast. Social media spreads fear at the speed of light. Naturally, when confronted with a potentially harmful outcome, humans ALWAYS expect the worst and usually overreact.

As news spreads, inaccurate or partial information rushes from one person to another. Soon visions of a global plague overwhelm their consciousness, triggering the primal instincts of fear and greed. Individuals begin to hoard. Within hours stores run out of essential supplies. Survival instincts kick in, and civility is put on the back burner.

Sound familiar? Well, that was my experience at the local Costco this week. It started as a routine shopping trip, but by the time I left, I needed a shot of whiskey and a tranquilizer. People are crazy!

Panic is spreading from continent to continent along with COVID-19. Instead of looking at the spread, I turn to the epicenter of the outbreak for insight. In China, only 22 new cases were reported overnight. That is a significant drop. The amount of new cases has declined sharply. I think the worst is over for China.

That is good news for the rest of the world. If these numbers continue to decline, China could be back to 90% capacity within the next month or two.

Why is gold lower, shouldn’t it be exploding higher? Great question! Two things are influencing gold currently. First, the futures market (paper contracts) got caught up in the liquidation that began late February. Secondly, the 6-month cycle that bottomed last November is rolling over, and gold is due for its cyclical correction. 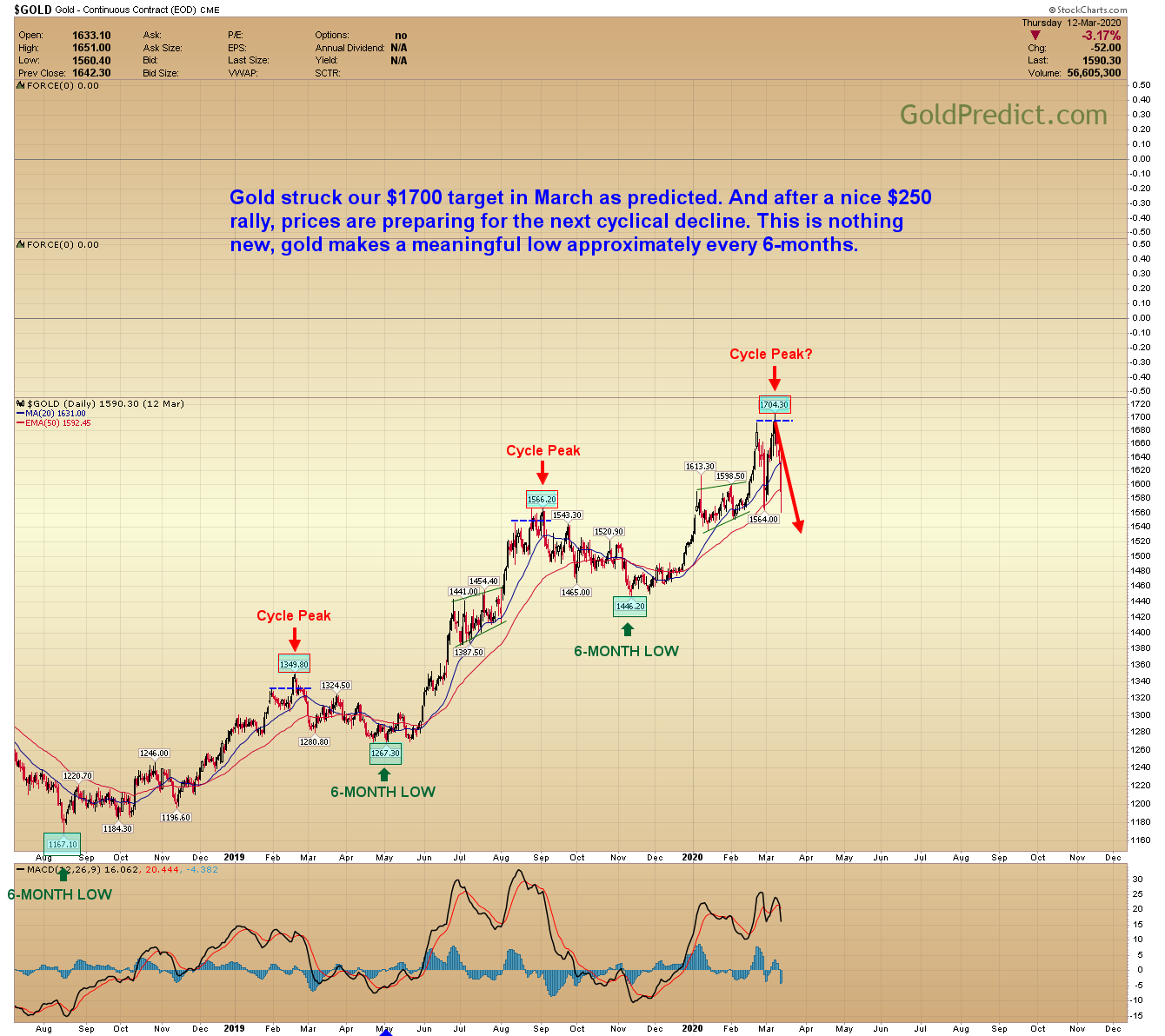 Worst-Case Scenario: Gold is in a new bull market – prices are not going to crash. As long as these idiots continue to push their modern monetary theory (MMT), there is no place for gold to go except higher. Sure, prices may dip here or there…that’s natural.

Under the worst-case scenario, I think gold could slip back to the breakout area around $1380, and that is ONLY if we slide into recession. A decline to that level would present a generational buying opportunity, especially in miners that would likely have been obliterated. 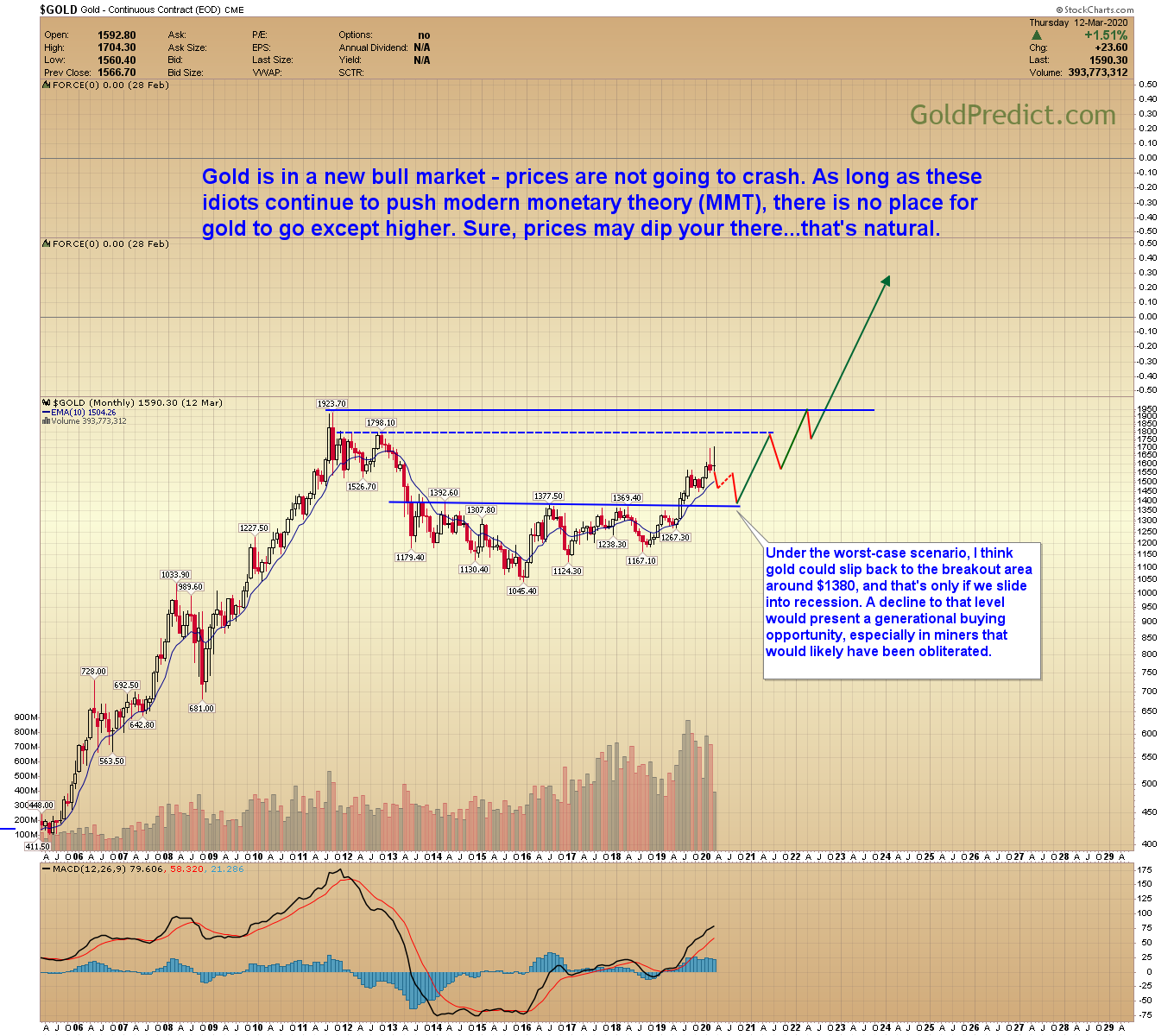 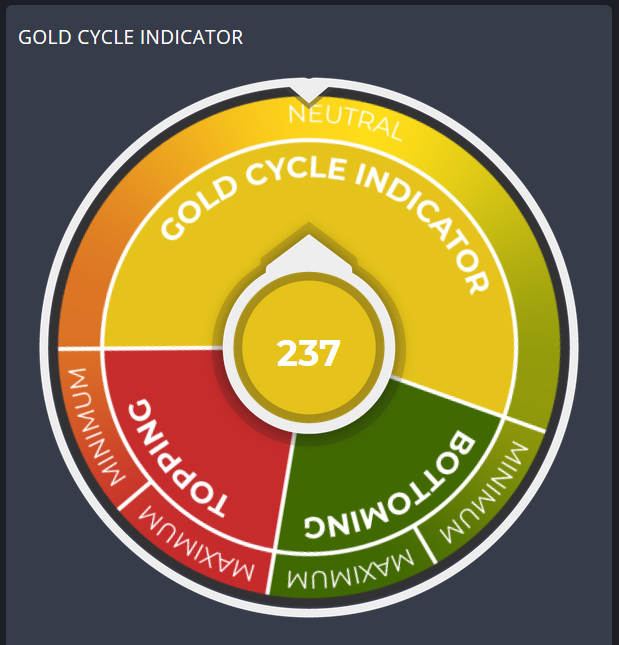 Have a great weekend!

This article was published Posted on March 13, 2020 in Categories Free Updates