The nonfarm payroll numbers were less than expected. Therefore, prices didn’t fall as much as I thought on Friday. It’s still unclear if the biannual cycle’s bottomed in late July or if the low is still ahead of us. The Fed meets in two weeks, and I expected a September low to come either just before or slightly after their coming announcement.

Today’s weekend report will be somewhat shorter than normal as I’m on Holiday at this time.

-GOLD WEEKLY- Price closed for a second time below the 10-week average but prices could still go in either direction from here. 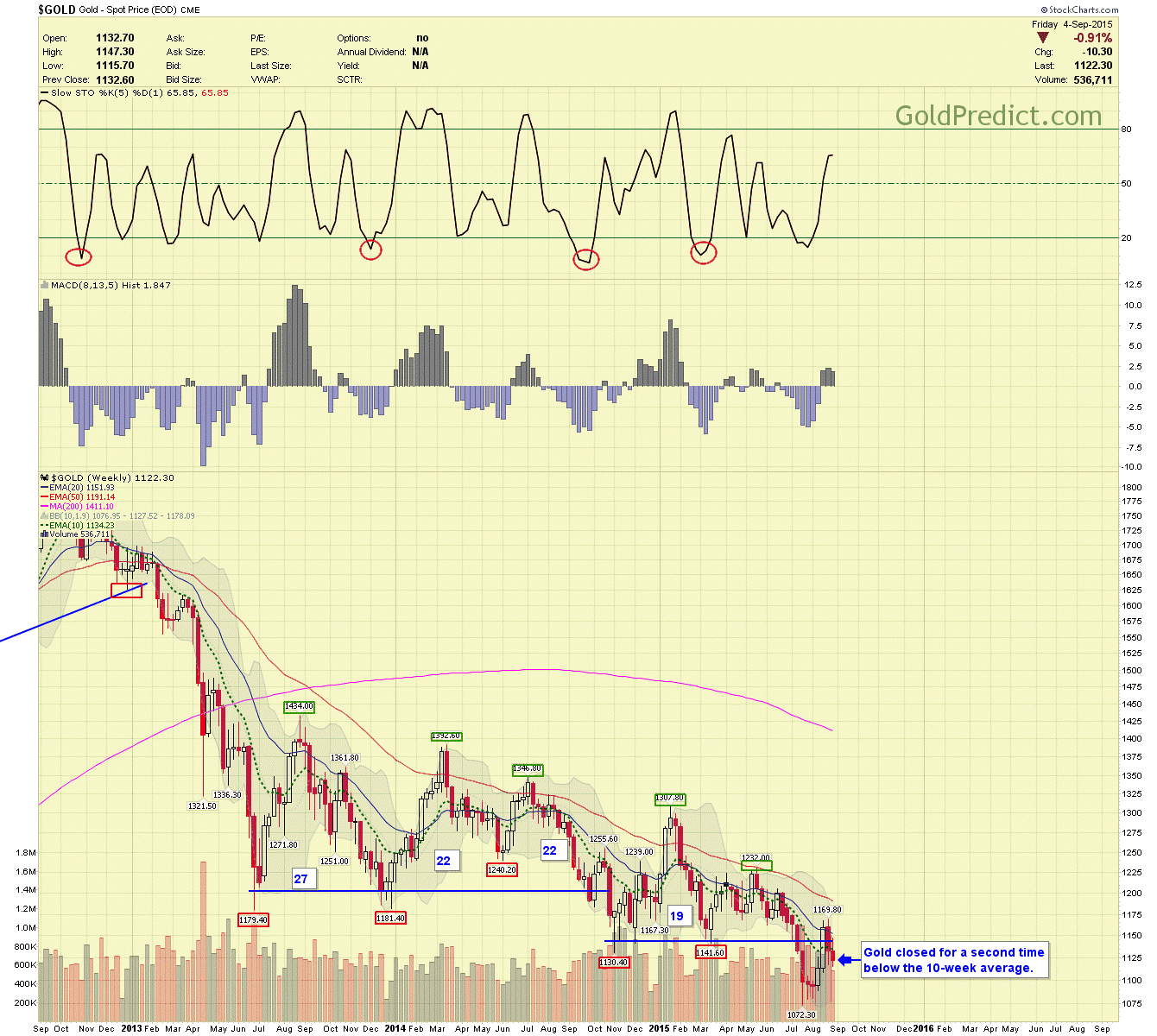 -GOLD DIALY- Friday’s low employment numbers delivered an indecision candle as prices were down and then went back up as bulls and bears struggled over control. 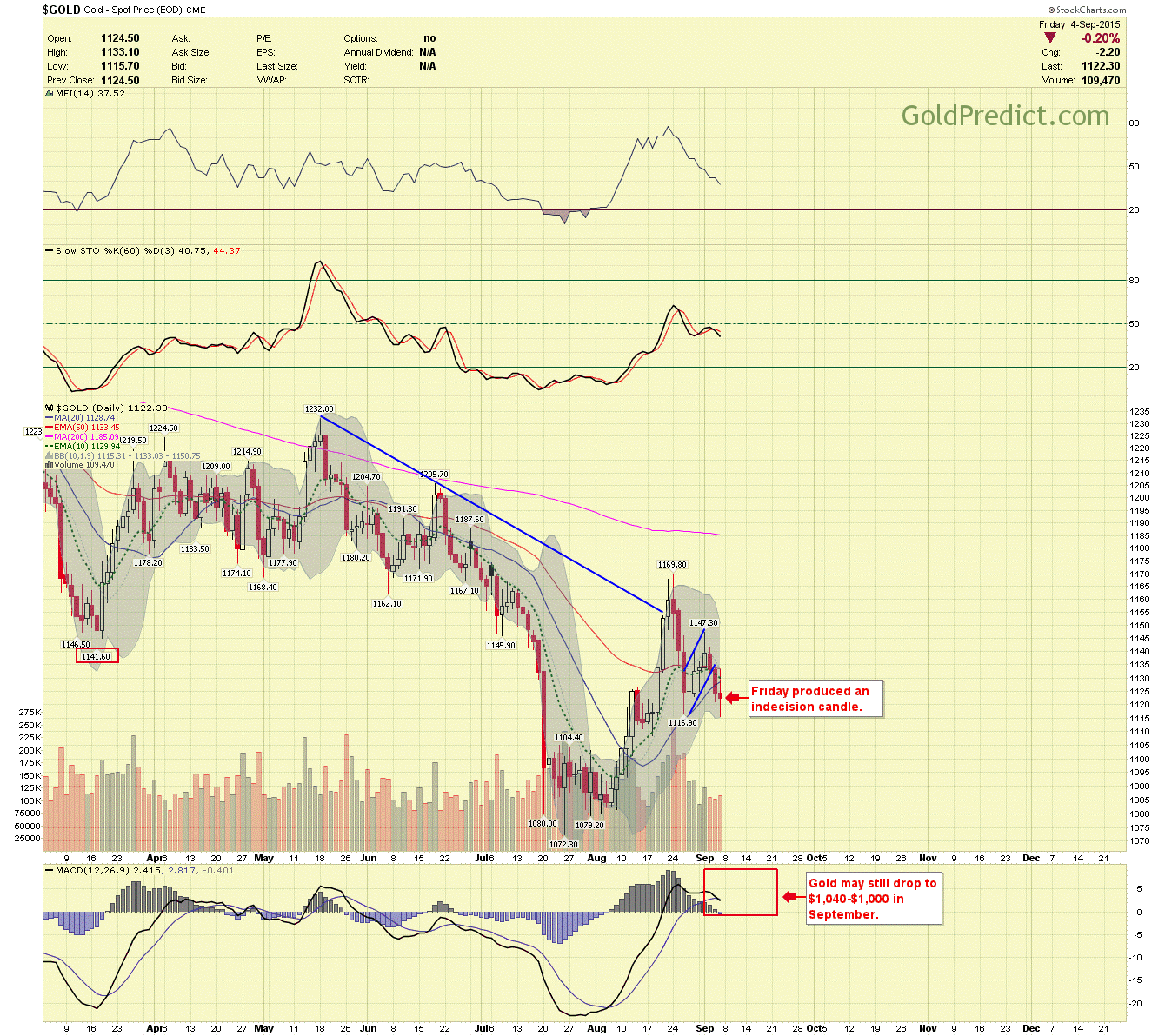 -SILVER WEEKLY- This shows that price barely moved last week, and nothing was resolved. 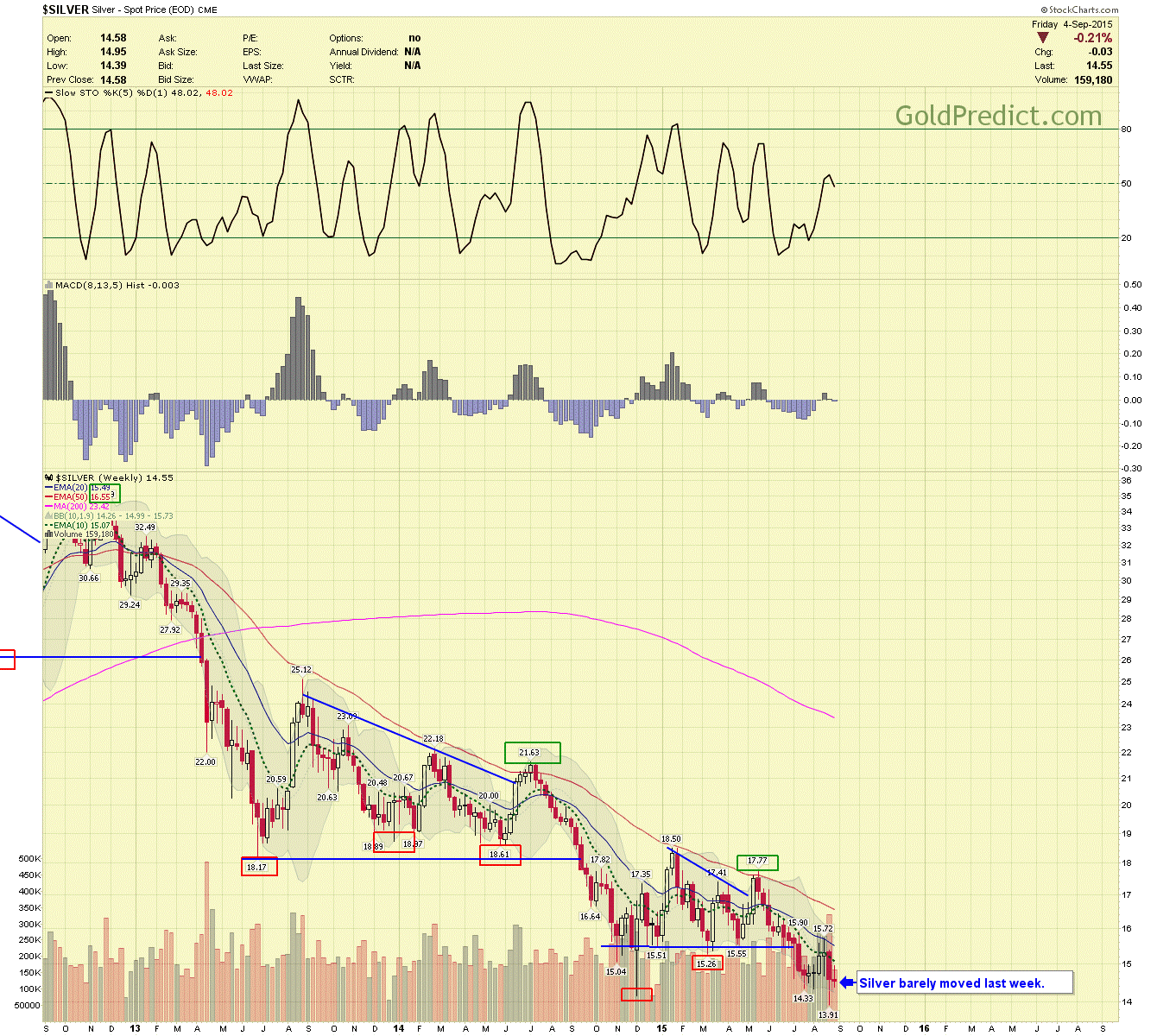 -SILVER DAILY- Priced closed lower after failing to rise above the 10-day average in a bearish manner. 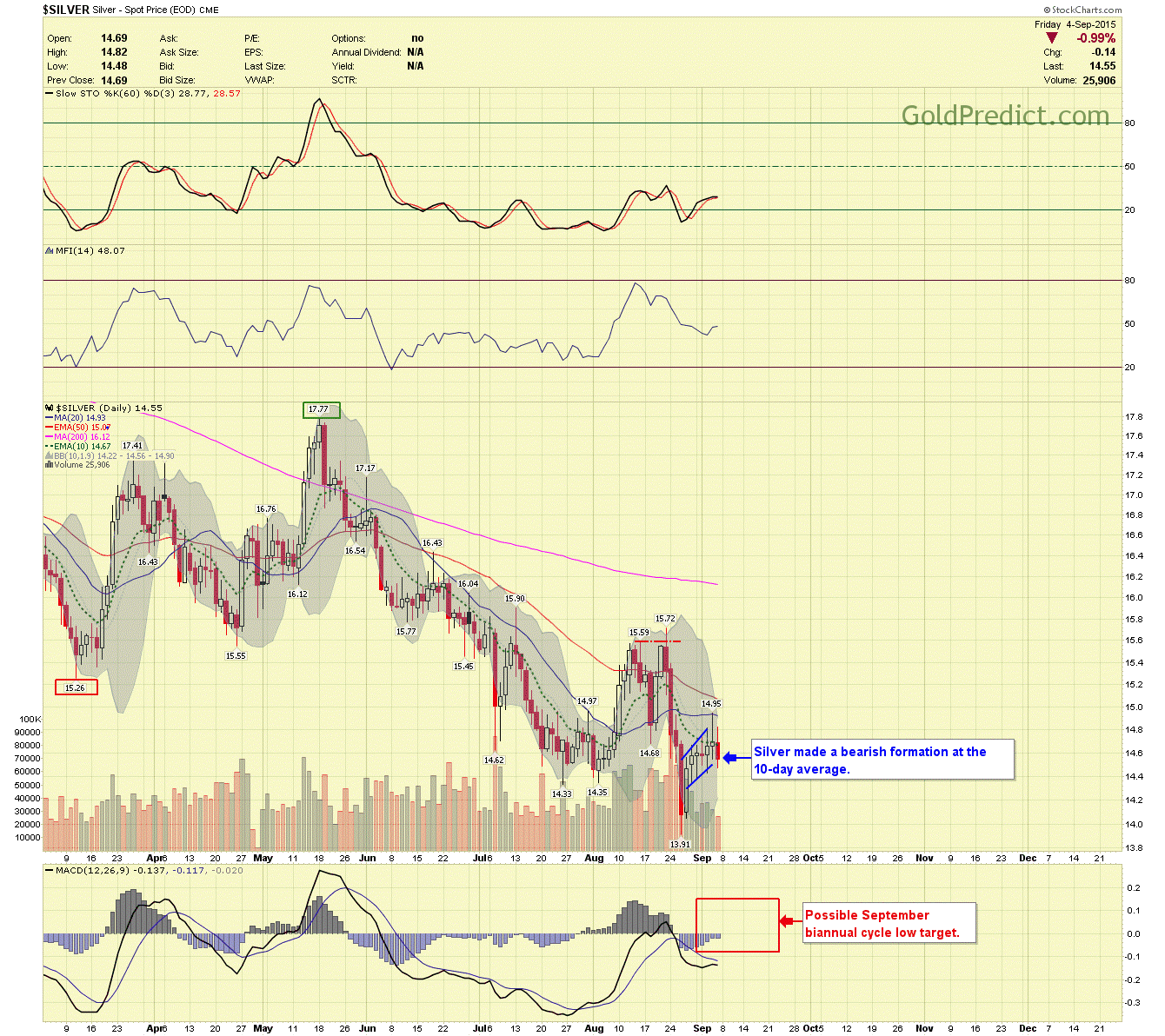 -HUI WEEKLY- The overall structure looks incomplete and I think one more wave down is needed before completion. 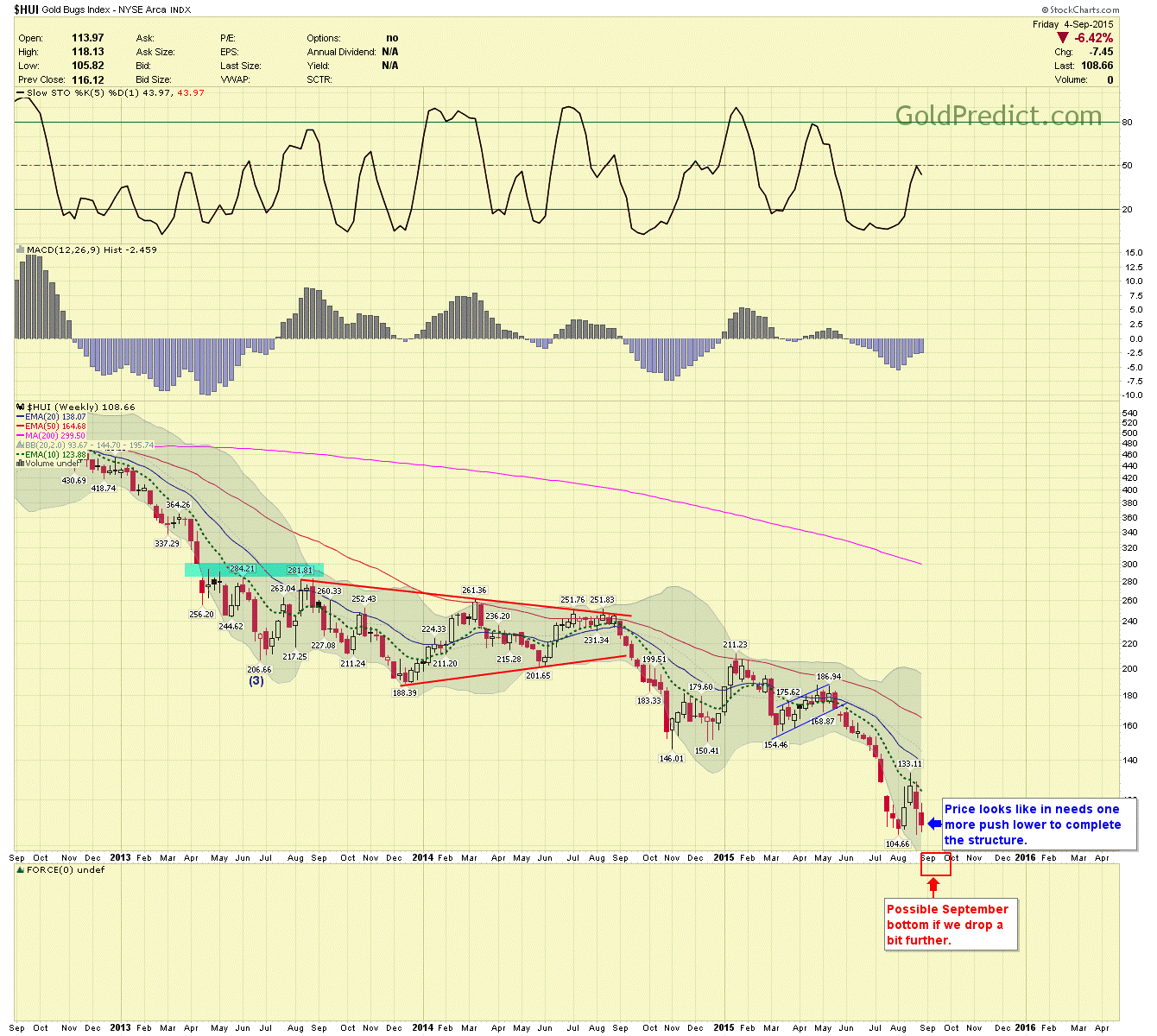 -GDX- Miners made reversals into the close on Friday, I would like to see follow through higher before I buy into it. 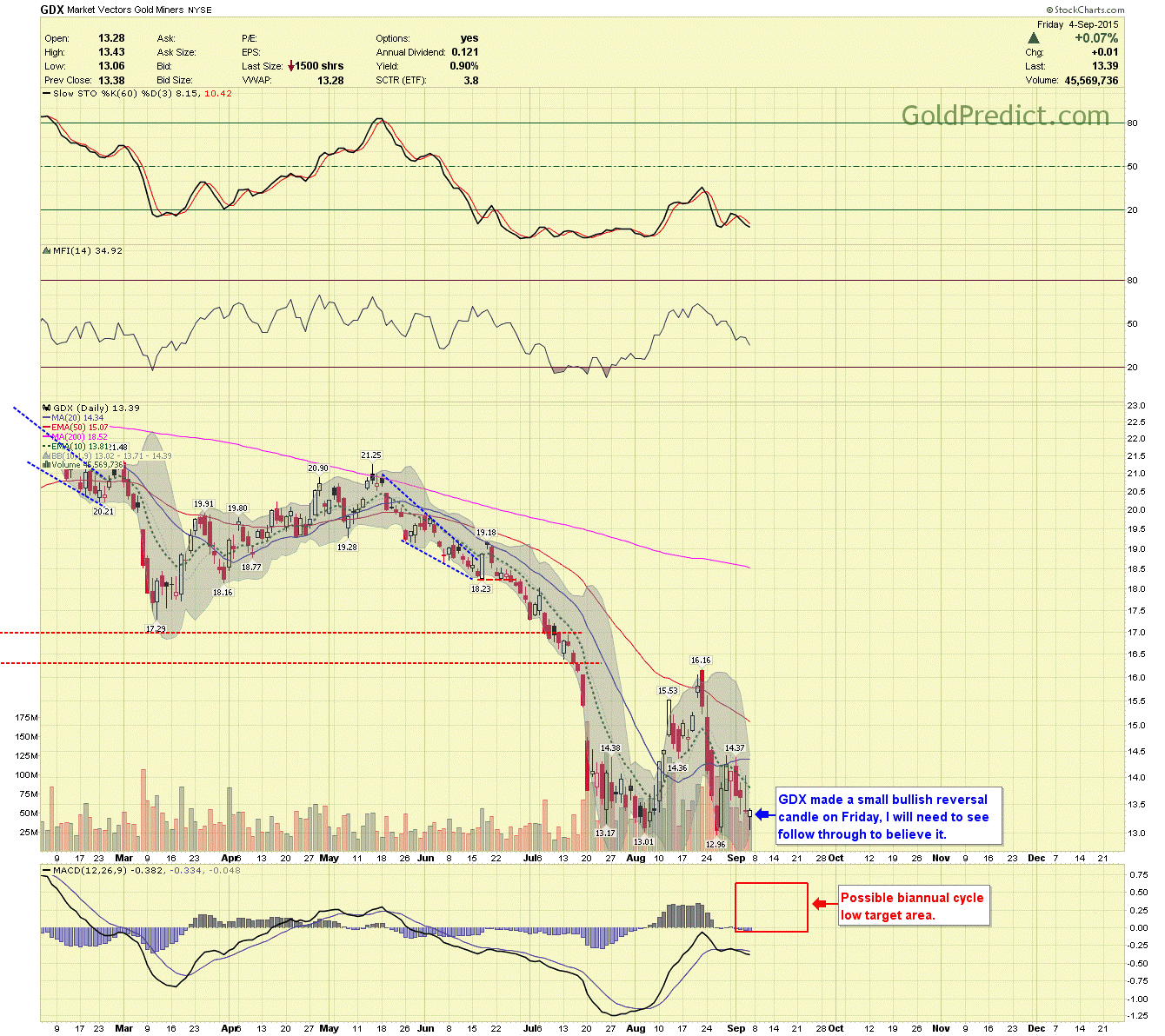 -GDXJ- Same as GDX but this made a bullish engulfing pattern, on weak volume, I’m not convinced it was truly bullish buying. 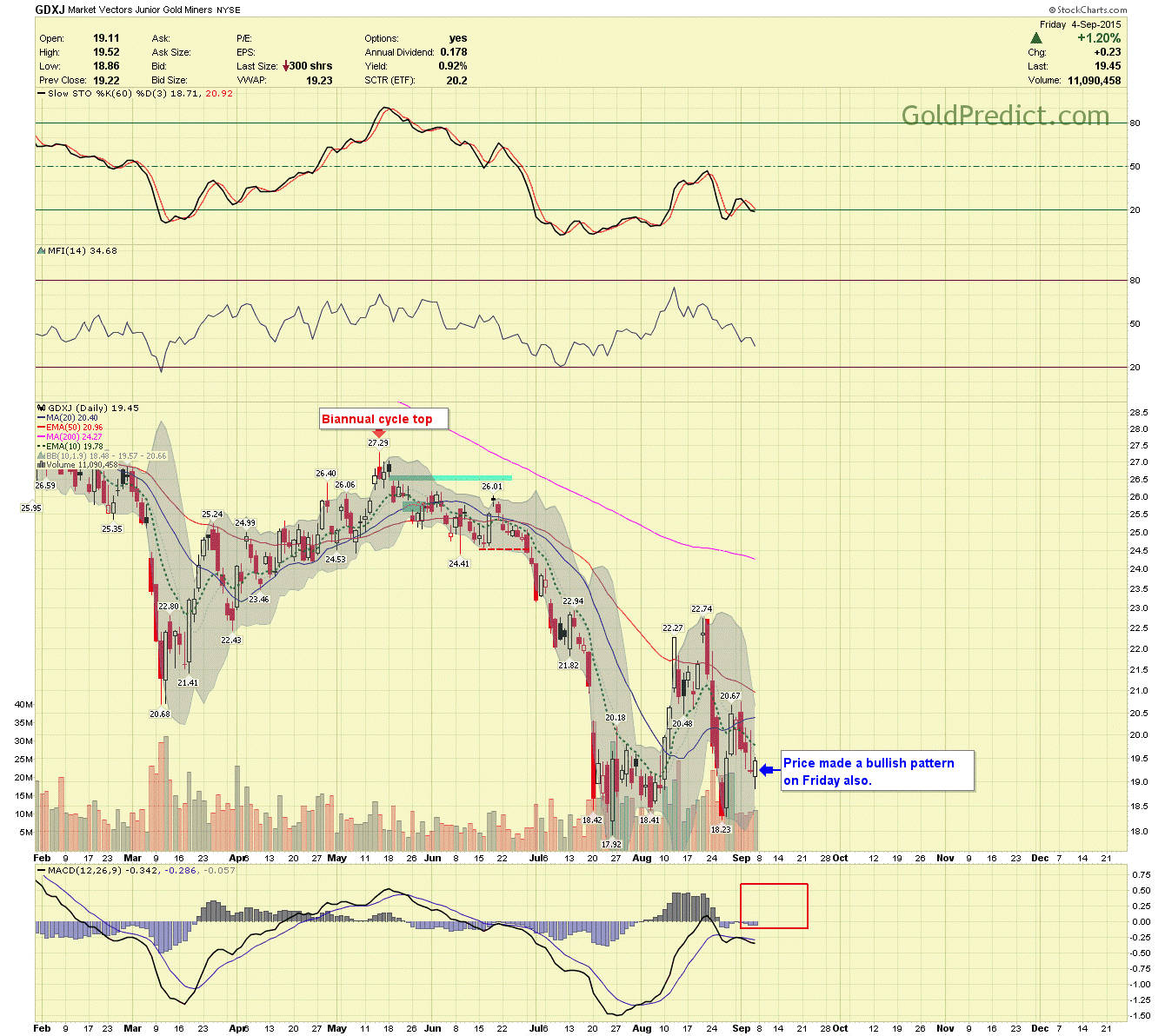 Have a good Holiday weekend for those in the U.S.

This article was published Posted on February 28, 2016 in Categories Free Updates