With a market cap now of just $63-million and with approximately $150-million in debt, they are technically insolvent.

Their only hope of surviving is massively higher gold and silver prices or an underdog save from the Robinhood/Reddit meme stock crowd.

Hycroft Mining Holding Corp (HYMC): Hycroft is the rebirth of Allied Nevada, which went bankrupt in 2015 (still have about $150 million in debt). They have one of the largest gold/silver mines in the world and are expecting cash costs of only $550 per oz. However, it is low-grade for both gold (.35 gpt) and silver (14 gpt). They project a 34-year mine life, with average production around 350,000 oz and potentially extending to 450,000 oz after 2027. The CAPEX to reach full production is reasonable at just $225 million. They have an estimated 25-million ounces of gold equivalent going for $10/ounce. That is dirt-cheap for a producer. 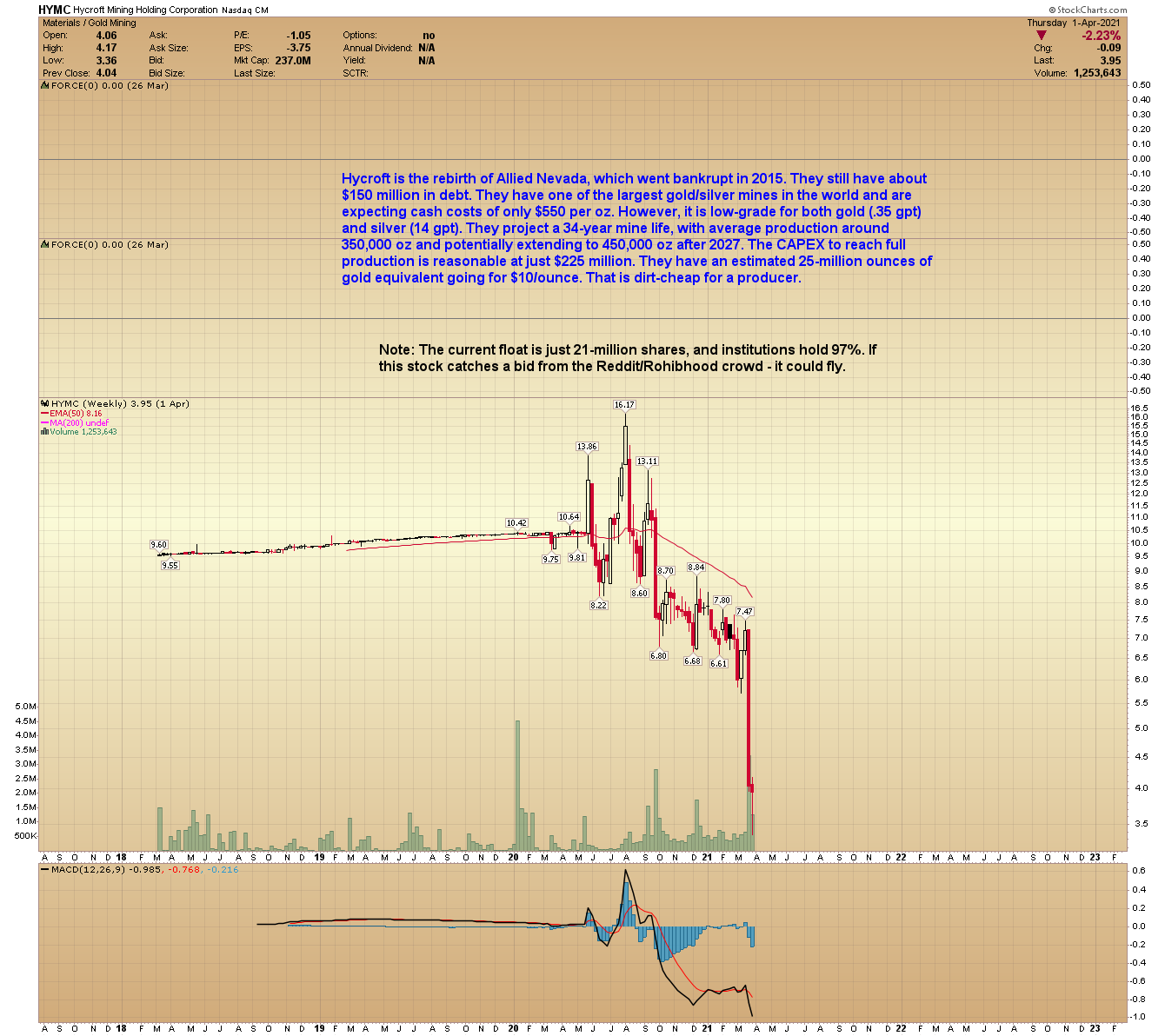 Prices have dropped to almost $1.00 and this is a very dangerous stock.

With the current market cap, HYMC is selling for less than $3.00 per ounce of gold equivalent in the ground. Opportunity or red flag?

This article was published Posted on November 12, 2021 in Categories Free Updates, Updates