With gold confirming a new bull market, it’s time to step back and look at the big picture. Using technical analysis, I’ll provide potential price objectives for the next decade.

It seems each decade has an investment theme that favors one asset class over another. What performed well over the last decade generally underperforms during the next.

Of course, it’s impossible to get in at the exact bottom and out at the top in real-time. The transition period from one assets class to another usually takes a couple of years – the key is recognizing it.

After a 10-year bull market in stocks, it stands to reason another asset shift is unfolding. That combined with the recent breakout in gold leads me to believe the next decade will favor precious metals and commodities (tangible assets).

Monthly Gold Chart: Gold broke out of the 6-year basing formation in June when prices closed above $1400. The overall structure is similar to the 1997 – 2003 rounded bottom that generated an 8-year bull run. From here, I suspect gold will work its way higher to finish the larger degree 10-year pattern and breakout to new all-time highs in the next decade. 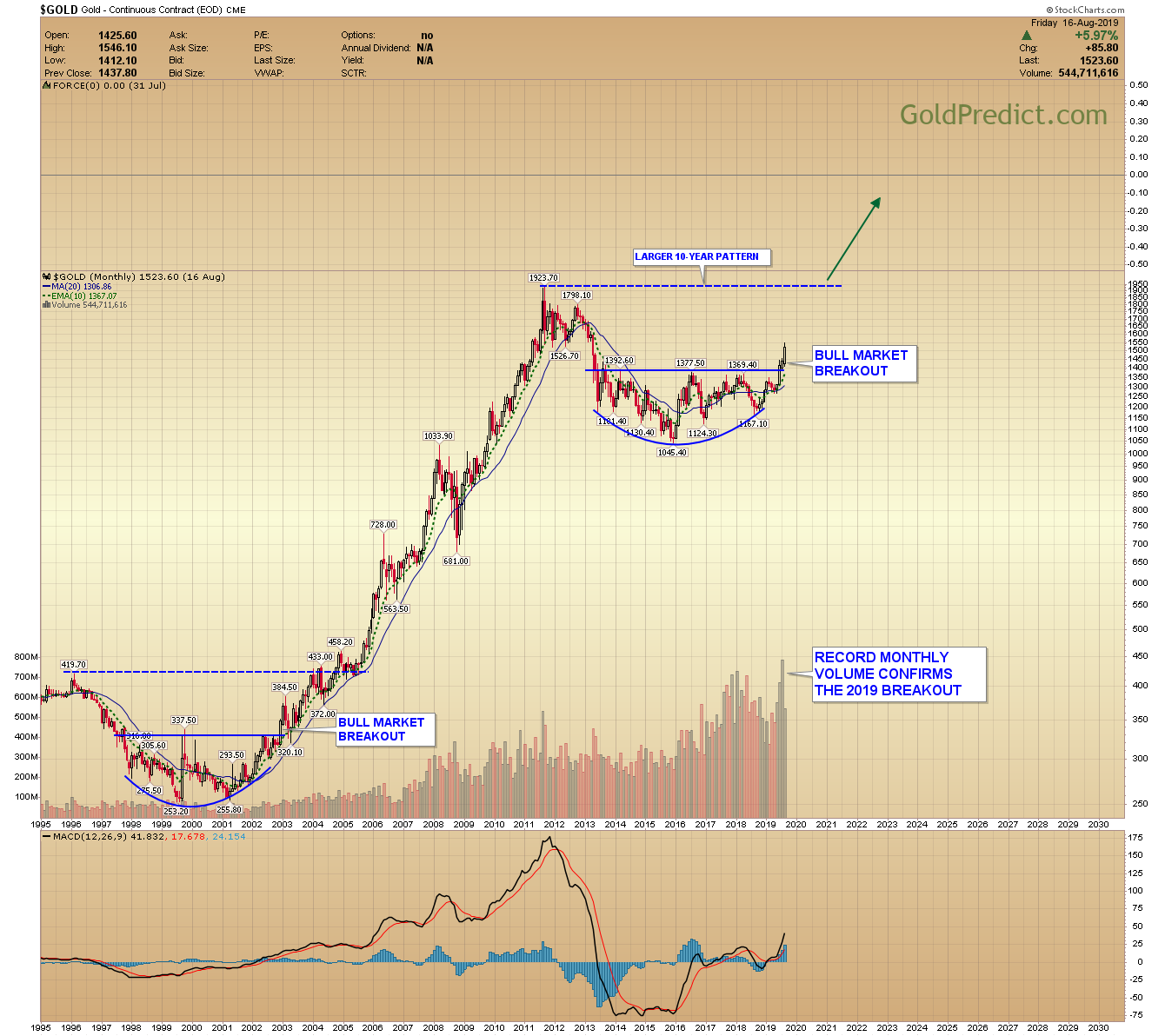 Quarterly Gold Chart: One of the easiest ways to achieve potential price targets is with a simple ABC measured move. The initial advance (A) is followed by a lengthy correction into (B); the halfway point. By adding A to B, we come up with C (the price target). In this case, an A=C target suggests roughly $8000.

An $8000 price target for gold almost sounds ludicrous, I know. But what could cause prices to reach such lofty levels?

Will gold reach $8000 during the next decade? Frankly, I have no idea. However, I do see the potential for the above ingredients. Whatever the case, I think a new gold bull market is just getting started, and investors should consider some allocation.

This article was published Posted on August 19, 2019 in Categories Free Updates